Donate Now!
Mountains Of Evidence: Questions About Coal’s Most Controversial Practice May Finally Be Answered

Mountains Of Evidence: Questions About Coal’s Most Controversial Practice May Finally Be Answered

The prestigious National Academy of Sciences recently announced a comprehensive study on the health effects of the controversial coal mining practice known as mountaintop removal. For coalfield residents who have long questioned what impact the dust, blasting, chemicals and water contamination was having, the announcement comes as welcome news, if somewhat overdue.

A decade of efforts to research the health effects of living near mountaintop removal mining have often run into industry opposition, political roadblocks, and bureaucratic delays. After decades of questions and concerns there is now reason to believe that answers are on the way. 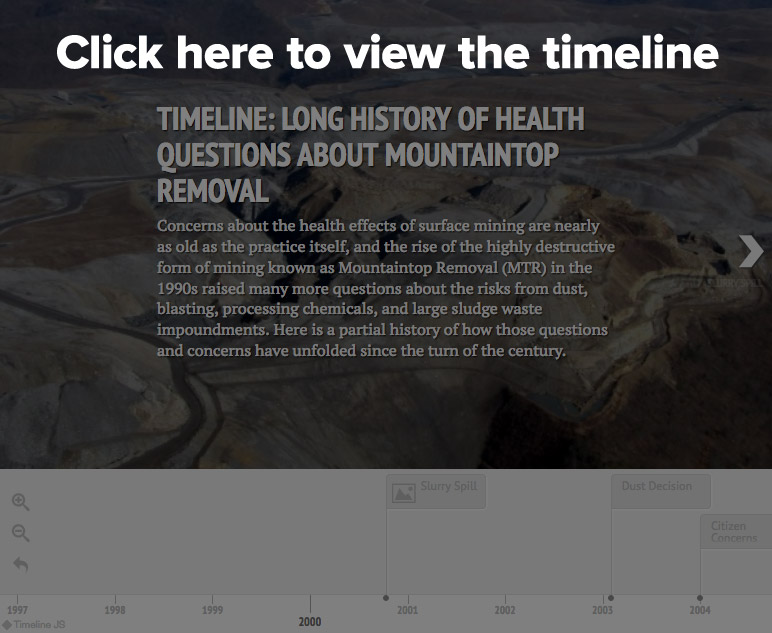 Concerns about how surface mining affects the people of Appalachia are nearly as old as the practice itself. West Virginia first regulated surface mining in 1939, and statements of concern and protest have long been a part of the culture in the central Appalachian coalfields.

Eastern Kentucky author Harry Caudill opened his seminal 1963 book “Night Comes to the Cumberlands” with an indictment of his region’s chief industry. “Coal has always cursed the land in which it lies…it leaves a legacy of foul streams, hideous slag heaps and polluted air.” And that was written well before strip mining really took off.

As technological and market changes brought more surface mining to Appalachian coal in the 1970s, the health concerns increased. You can hear many of those concerns in the 1979 Appalshop documentary film “Stripmining: Energy, Environment, and Economics.”

“All you have to do is look on the mountain to know that it’s not best for the people,” Bruce Hatfield of Mingo County, West Virginia, said in the film. But simply looking at a mountain is not the same as studying the effects of the mountain’s removal.

Starting in the mid-90’s, surface mining scaled up into mountaintop removal. Instead cutting into the slopes, this technique uses blasting and heavy equipment to remove the entire top of a mountain to get at the coal seams below. The waste rock and dirt are dumped into the adjacent valley and frequently waste lagoons are constructed to contain the black sludge left from processing coal.

One mine was right beside his granddaughter’s elementary school. She started getting sick, and one day as he drove her home from school early, she started to cry, and then told him she was getting sick because of the coal mines.

“That hurt me,” Wiley said, “It took her tears to wake me up, and it was like a sledge hammer.” 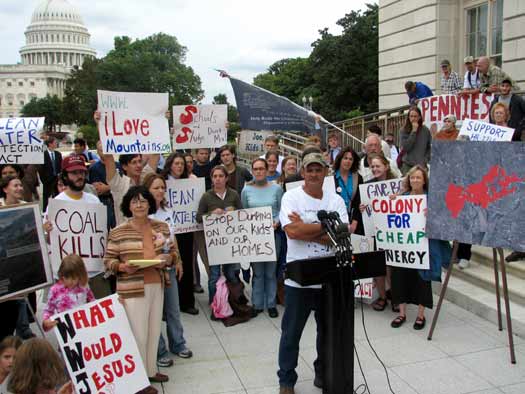 West Virginia resident Ed Wiley walked to Washington to raise awareness about about mining and health impacts on students.

Wiley decided to take action— he decided to protest by walking all the way to Washington DC. This was back in 2006, and at that point, very little research had been done, so Wiley didn’t have much other than anecdotes to back up his arguments. But that same year, health researcher Dr. Michael Hendryx arrived at West Virginia University as a professor of public health.

Hendryx described the focus of his research as “health disparities for disadvantaged populations.” When he arrived in West Virginia he soon started to hear worries about the health impacts of mountaintop removal and the dust it puts into the air. Hendryx tried to read up on the science behind the matter but there was not much to read.

“I looked at the literature and found nothing that was done in the United States on public health problems related to mining,” he said. So he decided to study it himself. 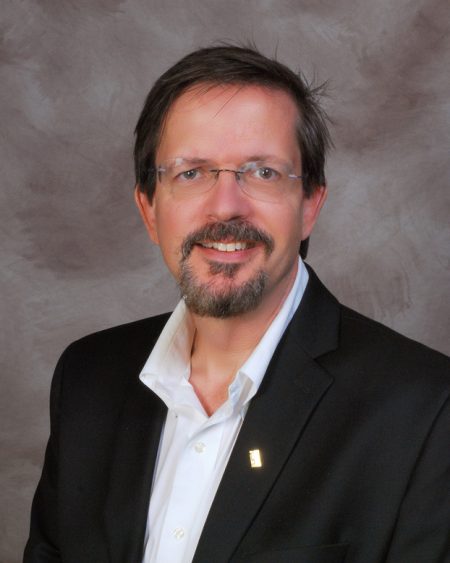 Many of his colleagues were skeptical. He was told that health problems would be due to other issues common in coalfield communities. But Hendryx used statistical analyses to control for issues like poverty and smoking, and found that there was still something more that was causing poor health outcomes.

“I can literally remember the very first study, hitting the run button on my computer, and seeing that yes there was something there,” he said. “I was surprised!”

Hendryx kept on studying the issue, and over the course of a few years he and colleagues published peer-reviewed work that linked mining to a variety of health issues for those living nearby, including increased rates of cancer, lung disease, and birth defects.

A 2009 study found that the economic costs for the region from premature deaths due to exposures to mountaintop removal meant that the coal industry’s costs to public health were greater than its economic contributions. Other scientists began to pick up on the issue and in a 2010 edition of the journal Science several prominent researchers called for a moratorium on mountaintop removal.

But the response from government wasn’t what Hendryx expected.

“I was naive and thought that maybe the evidence would speak for itself,” Hendryx said with a wry laugh. “But I’ve learned that’s not how things work in the coalfields of West Virginia.”

Bill Raney is the President of the West Virginia Coal Association. When asked about Hendryx, he described him as “anti-mining.” Raney said he doesn’t trust Hendryx’s research, and also thinks it ignores a bigger health concern: the loss of mining jobs, which has fed into a wide-range of health issues across the region’s coalfields. “When they don’t have a job, then health suffers,” Raney said. 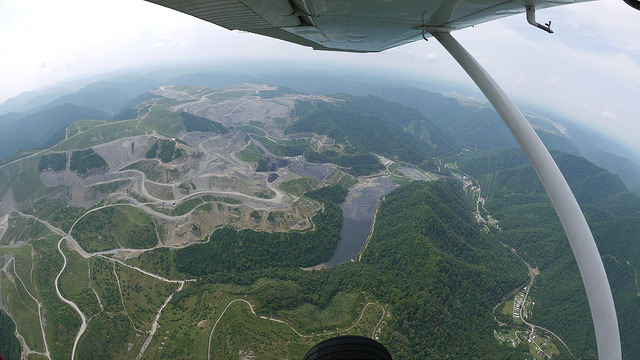 The mining industry sponsored its own studies to scrutinize Hendryx’s research. Much of the criticism argued that influences of smoking, obesity, and poverty were really behind the region’s health problems. One critic went so far as to argue that Hendryx’s findings weren’t reliable because they didn’t account for “consanguinity. ” That’s the scientific term for inbreeding, and an apparent reference to a baseless stereotype about Appalachians.

One coal company filed a request for every single document, email, and scrap of paper connected to years of Hendryx’s research. Hendryx said he thinks it was “a fishing expedition… to make me waste time.”

In 2015 Hendryx was called to testify before a Congressional committee, where he didn’t exactly get a warm reception from Louisiana Congressman John Fleming. Fleming described Hendryx’s research as less scientific than a 5th grade science project. “You should be embarrassed to be here with a study like this,” Fleming said.

Hendryx isn’t the only person who’s found that politics can become challenging when you start advocating for research on the health risks of mountaintop removal.

In 2013 state, local, and federal officials in eastern Kentucky formed an organization called “Shaping Our Appalachian Region,” or SOAR. The idea was to explore how the region can adapt to a changing economy and fewer coal jobs.

SOAR started off by setting up working groups to identify community needs. Dr. Nikki Stone was appointed to lead the group focused on health issues. Stone grew up in the coalfield town of Blackey, Kentucky, and now works in the nearby town of Hazard, where she leads a mobile dentistry program that brings care to kids in their schools. 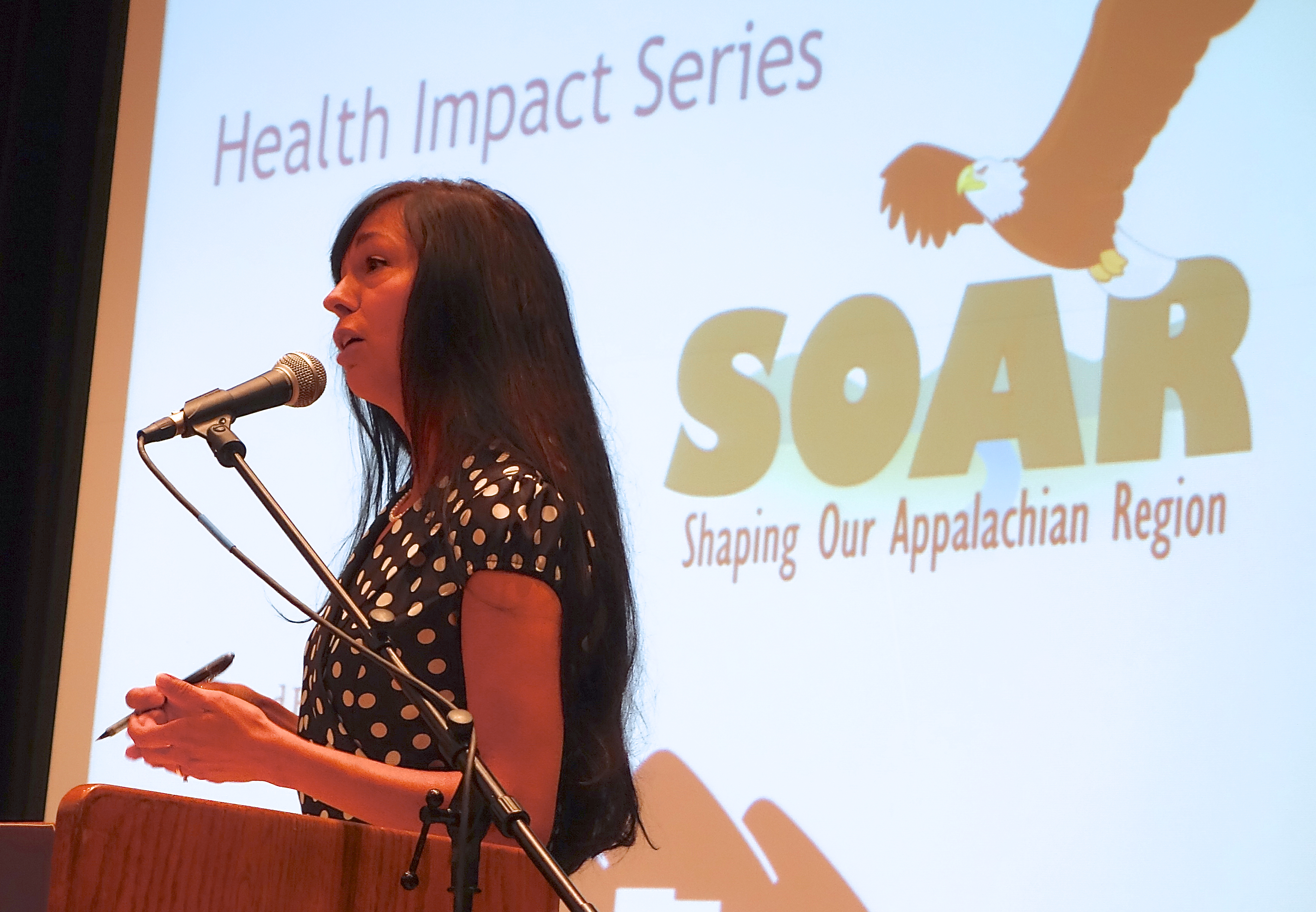 Stone and the rest of the SOAR working group did a regional tour, holding sixteen listening sessions around eastern Kentucky. At every single meeting, she said, at least one person brought up environmental health and worries based on Hendryx’s research.

“It was something that people were afraid to talk about,” Stone said. “But it came up over and over, and it ended up at the top of our list.”

In its final report, the working group advised that SOAR should ask a federal agency for help studying the issue. Dee Davis, Director of the Center for Rural Strategies, was also a member of the health working group. Davis said the director of the federal Centers for Disease Control (CDC) was present at the public meeting when the working group presented its report, and said that if they made a request the CDC would investigate.

Time passed with no response. As Davis recalled, a CDC spokesperson told the health working group that she was not aware of any request but would look into it. Davis said that as far as he knows, that was the last time anybody from the CDC acknowledged the request. The CDC recently confirmed that the agency is not engaged in any such research.

It’s not clear where exactly things got stalled, but SOAR’s Executive Director Jared Arnett said there’s a reason why the group tends to steer clear of environmental issues.

“If we want our talent to be part of what turns our region around, then it’s not really going to help us to sweep big questions about cancer and birth defects under the rug,” he said.

Davis argued that if the region wants to develop a thriving economy, it needs to build confidence in the idea that eastern Kentucky is safe.

“It’s about building an economy in a place,” Davis said, “and part of that is making sure that our communities are places people want to live.”

There’s still no sign that the CDC is going to look into this issue. But research is moving forward elsewhere. In addition to the work by the National Academy of Sciences, another study, from the National Institute of Environmental Health Sciences (NIEHS) was announced last year, and has already produced a draft. NIEHS Director Linda Birnbaum recently visited eastern Kentucky and said she expects that study will be released within the year. 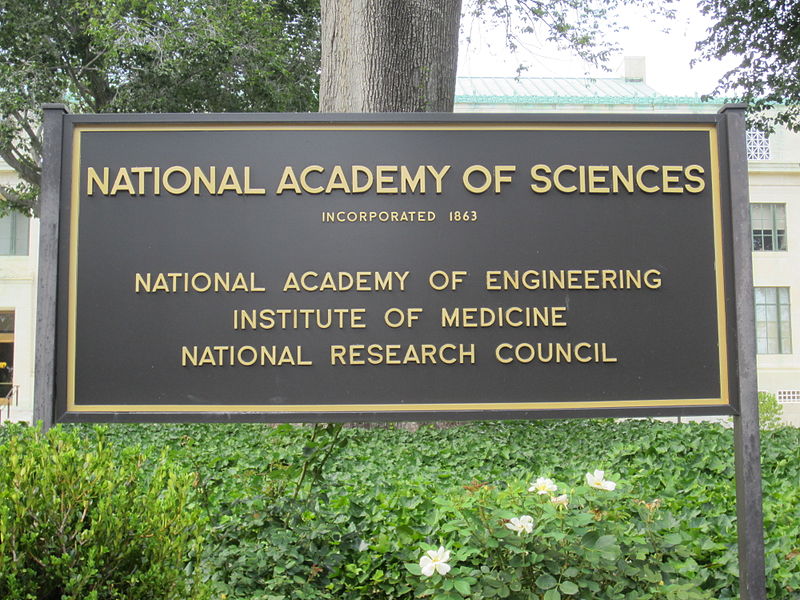 The National Academy of Sciences will conduct a comprehensive study of mining health effects.

Birnbaum said she doesn’t want to prejudge her agency’s work, but her reading is that mountaintop removal mining “is not good for people’s health.” Given what’s known about the air pollution and ecological impact that mining causes, Birnbaum asked,“Why would we be surprised?”

As for Michael Hendryx, he said the new work underway is “a positive step that… they are at least recognizing that there’s an issue.” But given his experience with coalfield politics, he’s not ready to call it a success.

“I’m going to wait and see what happens,” he said.