The challengers include 27 state attorneys general. One in particular, West Virginia’s Patrick Morrisey, has positioned himself as the champion of fossil fuel interests fighting government regulation.

“This rule simply devastates coal, coal miners, coal retirees and their families and puts at risk thousands of good paying jobs and affordable energy for our state,” Morrisey wrote in a recent opinion piece.

West Virginia’s Attorney General is not from the Mountain State, he’s from the Empire State. After a failed Congressional bid in New Jersey the New York native set his sights on West Virginia. 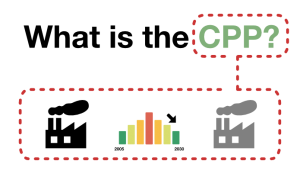 Not sure what the Clean Power Plan is? Find out more here >>

He campaigned throughout the state for the office of attorney general promising to be an agent of change by creating “a more predictable, certain, reason-based legal and business environment in West Virginia.”

In 2012 Morrisey loaned his campaign $1.5 million and vastly outspent his Democratic opponent, Darrell McGraw, who had been attorney general for two decades. Morrisey became the first Republican to take the office in West Virginia since 1933.

Since then, Morrisey’s made good on his promises to change the role of attorney general. He’s focused his office’s attention on joining a series of conservative causes such as fighting against transgender protections, defending Second Amendment rights, and most notably, pushing back against environmental regulations. His proudest accomplishment is leading the charge against President Obama’s Clean Power Plan.

“We have to protect every single job we can,” Morrisey said in an interview, “and that’s an important role for the attorney general.” 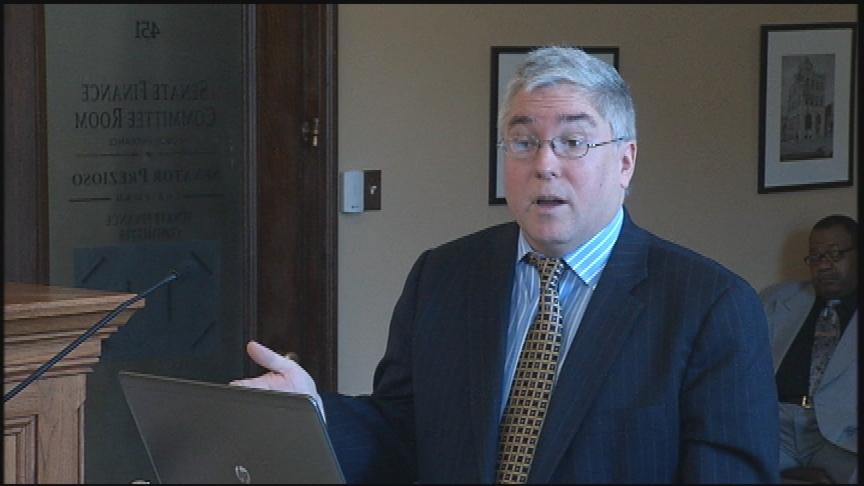 The National Association of Attorneys General says the chief legal officer’s role in states is to be the “People’s Lawyer.” Many of Morrisey’s actions indicate that he interprets that role as a responsibility to help citizens by helping the businesses that employ them, particularly businesses in the coal, oil and gas sectors affected by regulation.

“[Obama’s] vision of energy production in our country is radically different than many others who depend upon fossil fuels. President Obama doesn’t support the same use of fossil fuels,” Morrisey said.

Morrisey is hardly alone in that view. He is among a chorus of elected officials throughout the Ohio River Valley region who oppose the President’s Clean Power Plan and view it as part of a “war on coal.”

“It shouldn’t have to depend on a state attorney general to take down unlawful regulations, but we’re using all of our authority to protect our state’s jobs.”

A Red Tide in AG Offices

Of the 27 states challenging the Clean Power Plan, 22 have Republican attorneys general. That, according to University College London Professor of Public Policy Colin Provost, is the result of a remarkable recent shift in state-level politics, a shift that helped bring Patrick Morrisey to power in West Virginia.

Provost explained that through the 1960s and ’70s the majority of state attorneys general were Democrats but largely politically neutral in their application of the law. 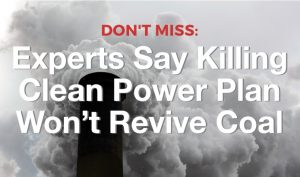 “In the last 15 years,” Provost said, “the Republicans have gotten on board.”

Soon after the tobacco settlement, the Republican Attorney General Association was born with a mission of recruiting and electing Republicans to the office. In 2014 the tide officially shifted with more Republicans than Democrats holding the AG offices for the first time in American history.

Provost said the days of the politically neutral AG are over. “It has become a very partisan office for both parties.”

While many Democratic attorneys aligned with trial lawyers and unions for political support, Provost said the Republican movement to win the office has come with the deep pockets of big business. In Patrick Morrisey’s case, some of those big business interests are in the energy sector.

“Morrisey is very close with some of the fossil fuel companies that would benefit from a ruling against the Clean Power Plan,” Provost said.

Morrisey’s affinity for high-profile cases and big campaign budgets has kept him in the public eye. He’s come under a lot of scrutiny, for example, because of his background in lobbying for big pharmaceutical companies.

West Virginia is ground zero for the opioid addiction crisis, with the country’s highest overdose rate. Morrisey’s predecessor as attorney general filed suit against several drug makers over their aggressive marketing of opioid painkillers, and Morrisey inherited those suits. 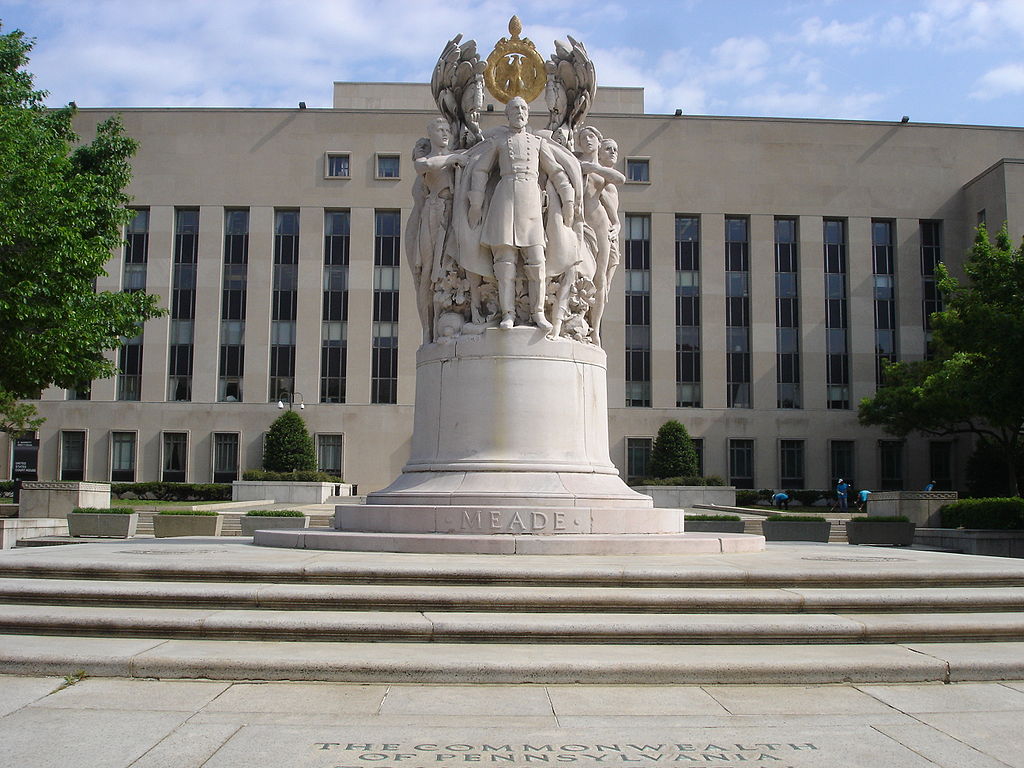 In June, CBS broadcast an investigative story that looked at Morrisey’s ties to the very companies his office was taking to task. Prior to his election as attorney general, Morrisey was registered as a lobbyist for a pharmaceutical trade group that includes some of the companies the state is suing.

Morrisey is quick to point out other actions his office has taken to combat opioid abuse in the state. And he says the West Virginia State Bar investigated his conduct and connections and determined there was no problem.

“Every person who has objectively looked at this issue knows that we’ve handled things the absolute correct way,” Morrisey said.

The state bar’s review did note that Morrisey’s wife’s continued lobbying work for pharmaceutical companies “created the appearance of impropriety.”

This month, Bloomberg reported that coal company Murray Energy gave $250,000 to the Republican Attorneys General Association in exchange for a lengthy private meeting last year at an event Morrisey attended along with other attorneys general challenging the Clean Power Plan.

“We run the office the right way,” Morrisey responded to these criticisms. “We have the highest ethical standards, and people know we treat everyone the same regardless of political affiliation or economic status.”

When asked about the role money plays in politics today, Morrisey said it was critical.

“Candidates need to be able to raise money to communicate, get out their message to voters. The alternative is pretty frightening,” he said. “Otherwise it’s left to your opponents or the media – that’s not acceptable.”

Opponents from the energy industry and energy-producing and manufacturing states have had some success in their legal challenge. In February the U.S. Supreme Court issued a rare stay, blocking implementation of the Clean Power Plan and setting up the arguments before the D.C. Court of Appeals. Morrisey hopes to demonstrate that the plan is an illegal federal overreach.

“West Virginia has bled jobs in part due to these regulations that are coming out of Washington,” Morrisey said. “If we could reverse that, tens of thousands of people will benefit.” 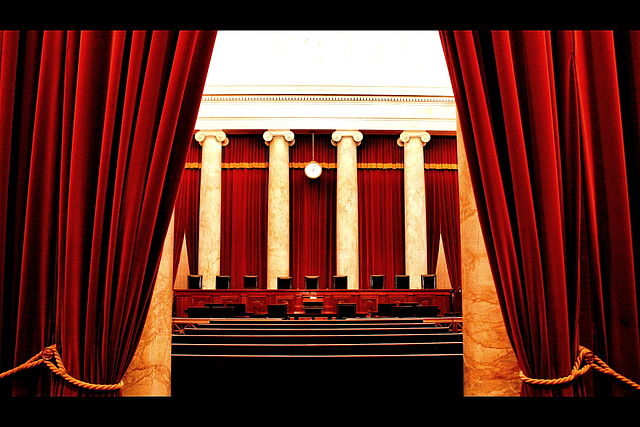 Legal observers say the challenge to the Clean Power Plan is likely heading back to the U.S. Supreme Court.

Morrisey predicts the coal industry in Appalachia could regain more than a third of its losses if the new regulations are struck down. But some experts and industry leaders say coal’s decline has more to do with market forces than regulations, and that the outcome of this case is not likely to bring coal back.

“There is a shift going on for reasons beyond the Clean Power Plan,” said Charles Patton, chief operating officer for one of the largest electric utilities in the region, Appalachian Power. Patton says the abundance of cheap natural gas is a major reason that Appalachian Power plans to reduce dependence on coal from 74 percent in 2012, to 53 percent by 2024.

Rather than having a panel of a few judges decide the case, as is the norm, the Circuit Court opted to have the entire court hear the arguments in West Virginia v. EPA. That move will likely speed the anticipated appeal, which court observers say is almost certainly headed back to the U.S. Supreme Court next year.