Note: Some readers may find this subject matter disturbing.

When Beth Jacobs was 16 years old, she needed a ride home. She had missed her bus after work again after promising her father she was responsible enough not to make it a habit. She asked a man she thought was a friend to give her a lift. He offered her a drink from his car’s cup holder. She took a sip and woke up in a parking lot hours later.

The pimp told Jacobs if she didn’t cooperate he would kill her and her father. Jacobs believed him. “He had taken me home before, he knew where I lived.”

The pimp told her she was going to sleep with a man in a truck. “The driver raped me,” Jacobs said. The driver asked the pimp for some of his money back. “Because I cried too much.” 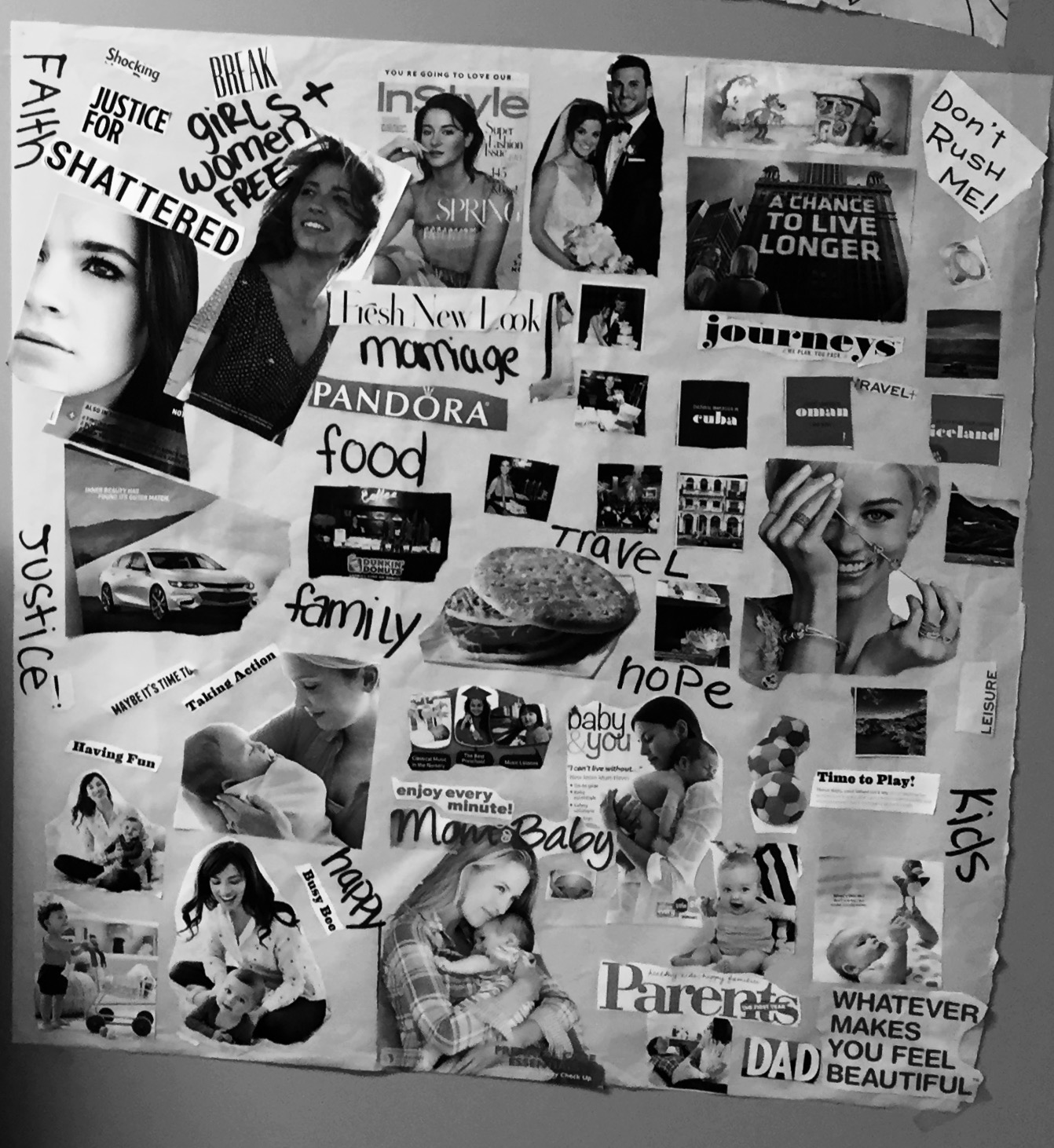 A collage created in art therapy by a human trafficking victim.

Jacobs was then beaten openly for others to see, and they did nothing.

“People kind of watched it happen, and they didn’t help, so I felt like I kind of had to go with him,” she said.

Jacobs contacted every legislator she could to explain that the conviction had become a life sentence. The state listened, and now others across the U.S. are working towards implementing legislation that targets “vacatur convictions” — bills to help survivors of human trafficking clear their criminal records of non-violent crimes they were forced to commit during their exploitation. Removal of such convictions paves the way for fewer obstacles in hiring or financial or housing aid.

Today, at 53, Jacobs is among the small but dedicated group of former victims of trafficking and abuse who are working to find solutions. Jacobs works with Truckers Against Trafficking, or TAT, a non profit that trains truck drivers to recognize and report instances of human trafficking.

The FBI refers to human trafficking as today’s slave trade and says the numbers are increasing every year.

Estimates place the number of domestic and international victims in the millions, mostly females and children enslaved in the commercial sex industry for little or no money,  according to an FBI Law Enforcement Bulletin. The International Labour Organization estimates that there are 20.9 million victims of human trafficking globally.

Crimes associated with human trafficking and sex slavery are often associated with places outside of the U.S., such as Eastern Europe and Southeast Asia. But borders simply don’t stop trafficking that can take place via the air, across state lines, or from one backyard to another. It happens everywhere, including the Ohio Valley region.

In 2016 the Polaris Project, an organization that runs the National Trafficking Hotline, reported 375 human trafficking cases in Ohio. Kentucky had the second highest in the region, reporting 89, and West Virginia the least with 19.  Most states also only record cases that involve minors, so data on adult trafficking victims is only reported through calls to the hotline. 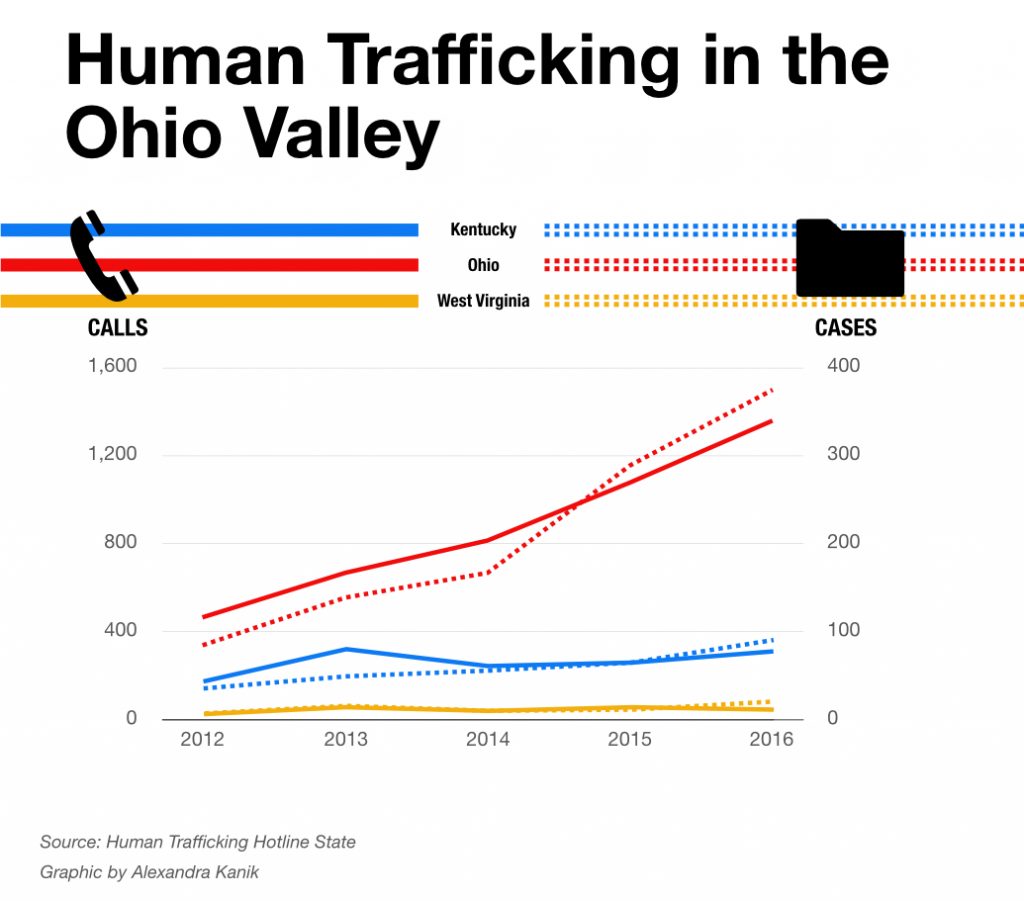 The rankings clearly correlate to population, but they are also related to how active a state prosecutor’s office is with increasing awareness. Both Ohio and Kentucky have a Human Trafficking Task Force, and West Virginia has started to gain momentum in organizing stakeholders to increase public awareness.

Education among law enforcement is critical, according to Allyson Taylor, Director of the Kentucky Office of Child Abuse Exploitation Prevention. 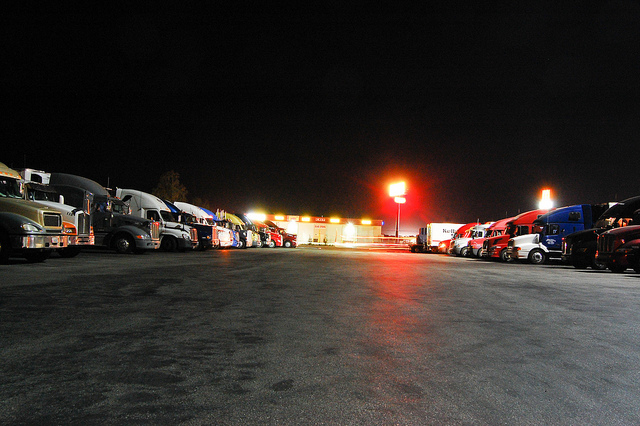 Truckers against Trafficking aims to make drivers “Knights of the Roads.”

For instance, Taylor said the state sees a lot of parents or caregivers who will trade sex with their kids for drugs. “We see that all over the state,” she said. Under the law, that’s human trafficking.

But Taylor says officers will typically see that instead as a sex crime.

“So things like that we are still trying to get law enforcement to wrap their heads around,” said Taylor.

Not only does this affect data associated with human trafficking cases, it also prevents funds set aside to aid the victims.

“Our state law also has a $10,000 penalty per conviction,” she said, and that money could go toward a human trafficking victims fund.

“I think it is just lack of education.” Taylor explained.

“One of the ways that we can best educate people,” Beshear said, “is that, in Kentucky there is no such thing as a child prostitute. That child is being human trafficked.”

Until 2013, minors picked up for prostitution in Kentucky would essentially lose their childhood in the eyes of the law. Rather than recognizing the child as a victim, the child would be treated as a criminal. Safe Harbor Legislation helped to change that. According to a Protected Innocence Challenge report, 2016 is the first year that all 50 states have laws specifically criminalizing child sex trafficking.

Beshear and other AG officials around the country have teamed up with TAT as well.

Ohio and Kentucky have programs to train truckers. Before drivers can receive a commercial license they have to train with a TAT video.

Kendis Paris founded TAT along with her mother. The organization began as an initiative of Chapter 61 Ministries in 2009 and became its own non profit two years later. 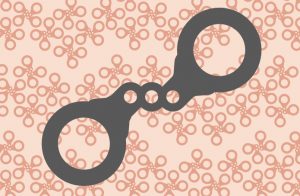 “It was my mother, Lynn Thompson, who came up with the original idea,” said Paris.

Her parents owned a hotel when she was a child and truck drivers were some of their frequent customers. So when Paris and her mother decided to fight human trafficking, Paris said the answer was right in front of them.

“One of the things we knew we needed right away was something to go to all the places we couldn’t go,” she said. There are hundreds of thousands of trucking companies in the U.S., and most of them operate fewer than 20 trucks. “So how are you going to get this information into the hands of the industry?”

Paris said the answer was to turn to  the drivers, whom she now calls the “Knights of the Road.” Equipped with TAT training and an information card that fits into a wallet, drivers can better identify problems and connect victims with help in every state across the country.

The Road to Help

The TAT training includes contact information for the National Human Trafficking Hotline, run by the Polaris Project. Almost 27,000 calls were made to the hotline in 2016, a 35 percent jump in cases over the previous year.

Polaris attributes the increase to people spreading awareness of human trafficking and the hotline. While sex trafficking has the highest numbers, labor trafficking is second and increasing at almost 50 percent since last year.

The hotline connects victims to resources such as shelters and detox facilities — places to get off the streets and start over.

These services are critical not just as a safe place for victims to sleep at night, but to help them  deal with trauma and often drug abuse. Ohio’s Anti-Human-Trafficking Coordinator, Elizabeth Ranade Janis, said human trafficking adds demand on facilities already strained by the opioid epidemic. Detox facilities are in short supply of beds, and they are almost always full.

To get a sense of the state available treatment resources, consider Amy Nace-DeGonda’s job. She’s an outreach coordinator for the Human Trafficking Program at Catholic Charities, located in Louisville. She estimates that statewide, approximately 45 beds are available for human trafficking victims at various times throughout the year. Polaris reports that Kentucky had at least 89 human trafficking cases in 2016, That would means more than half the victims calling could be turned away.

Kellie Russell is a co-founder of Victory Through Grace Ministries, a home and counselling center for female human trafficking victims in Paducah, Kentucky. Russell brings a personal view to the work when she offers a room to a victim.

“I was also sexually abused and trafficked,” she said.

The home has five beds. Russell wants to add more, but that takes money that isn’t readily available.

“We network with several different organizations, so they all know when we are full,” she said. Fluctuations in demand make it hard to predict, but Russell said the three beds she wants to add would quickly be filled.

Russell said it is important to her that her facility is not a shelter. Her personal experience in and out of facilities over the years made her realize that the more home like a place can be for the victims, the quicker they become empowered to stay and work through their struggles.

“I went through a couple places, like a 30-day program,” she said. “It felt like I was on lockdown, so I left.” 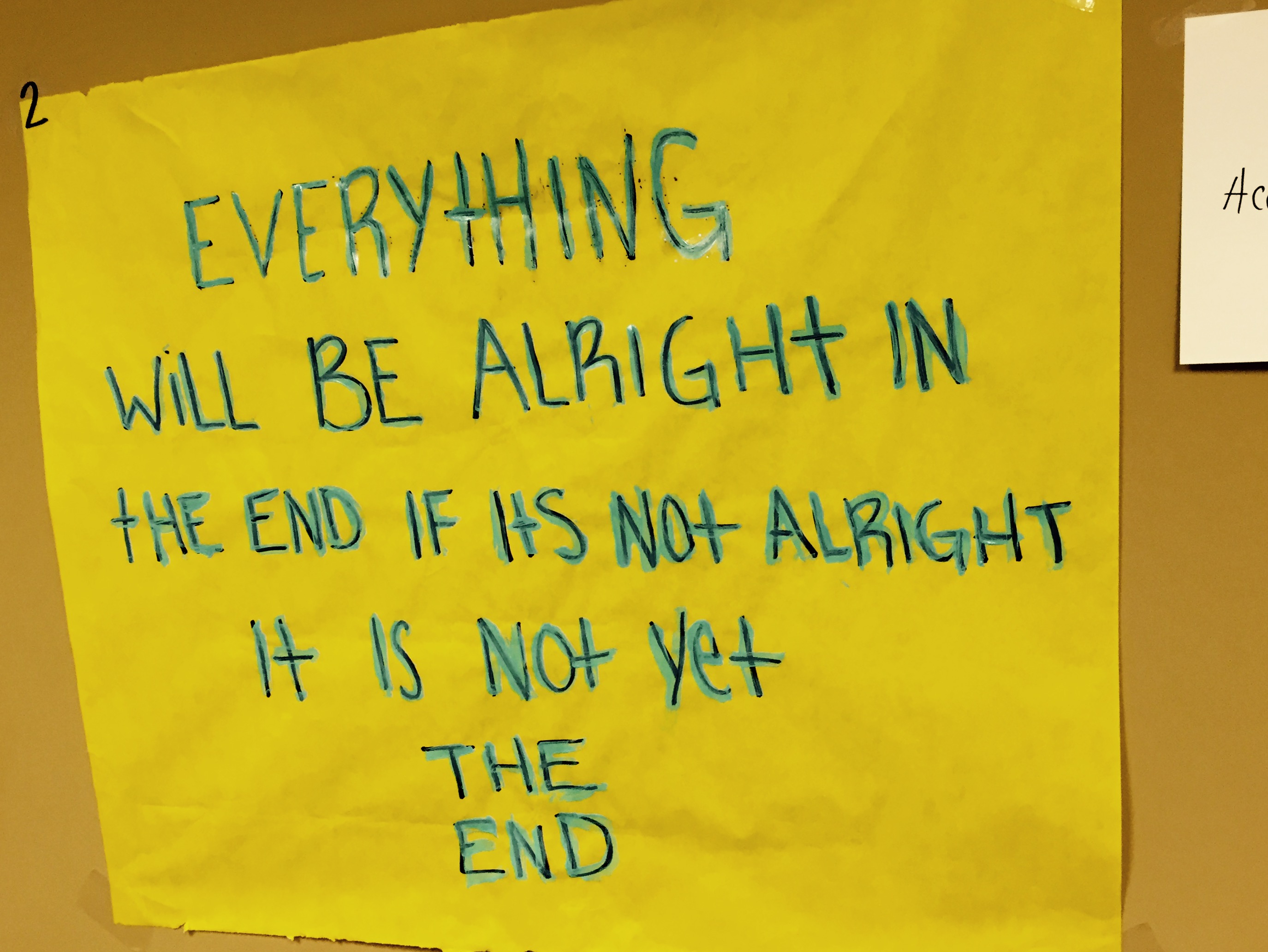 Art on the wall at a center for trafficking victims.

Occasionally an act of kindness triggers enough courage for a victim to seek help. But if they have nowhere to go, then they usually end up back on the streets. When Beth Jacobs is conducting one of her training sessions, she says it is important not to promise something you can’t guarantee, like a place to stay.

“I tell them it’s just the random acts of kindness, you know, listen to them,” she said “If they look scared and hungry, feed them, ask them if they want a drink of water.”

That little bit of kindness can plant a seed of trust, she said, and if it happens often enough, a victim might eventually reach back for help.