Federal health researchers are visiting health clinics and medical schools in the Appalachian coalfields to recruit allies to fight a resurgence of black lung disease. The worst form of the disease may affect as many as 5 percent of experienced working miners in the region, and the researchers fear that rate could be even higher among retired miners.

Medical students filled an auditorium at the University of Pikeville, Kentucky, to hear the latest on this scourge of coal communities, a disease many think should be history by now.

“If we come to your town there’s generally something bad going on there,” said Dr. Scott Laney, an epidemiologist with the National Institute for Occupational Safety and Health, or NIOSH. He was part of a research team that identified a resurgence in the worst form of black lung disease in a study published late last year.

Pike County, Kentucky, Laney said, is “at the epicenter of one of the largest industrial medicine disasters that the United States has ever seen.” 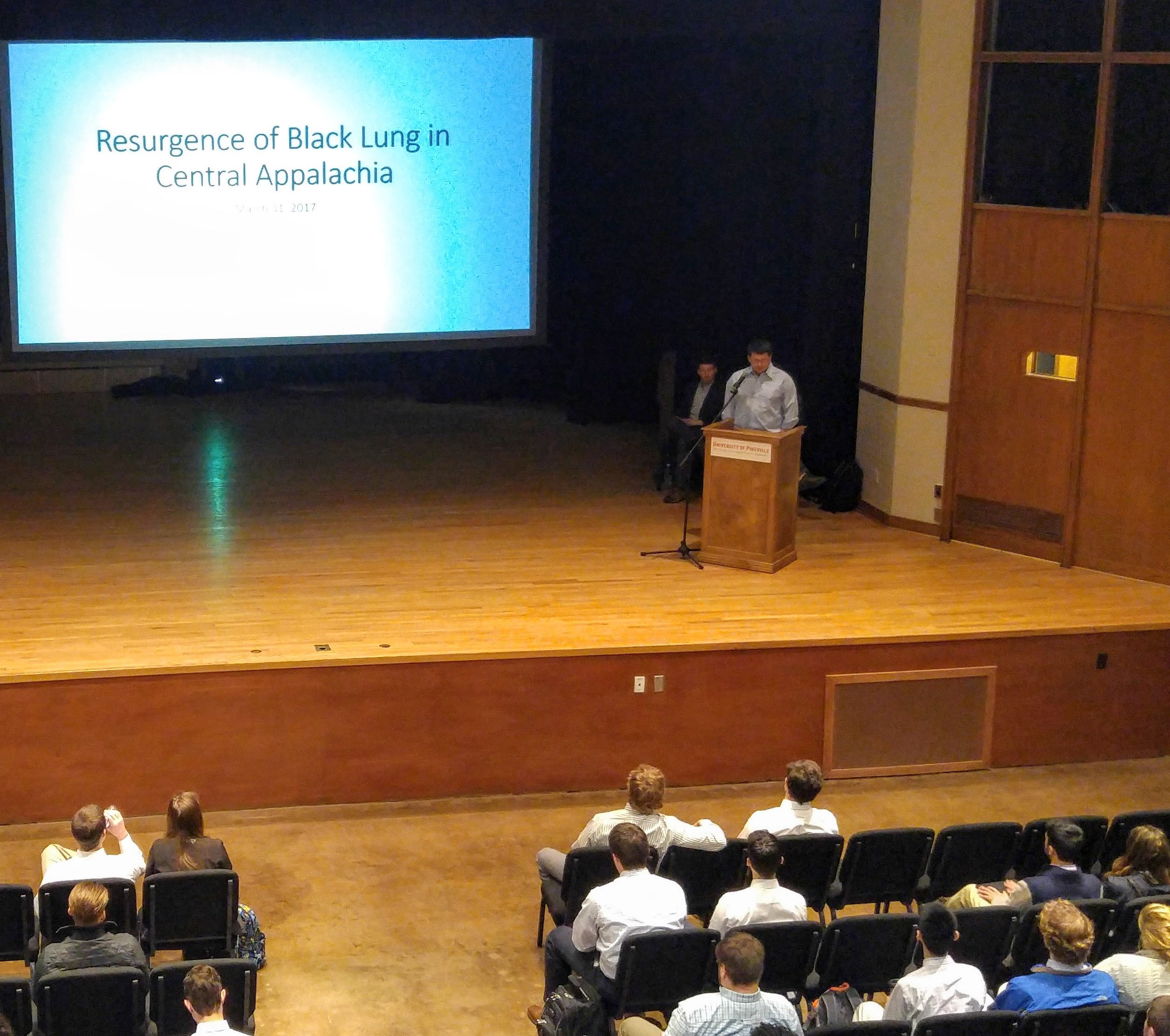 Laney and his colleague Dr. David Blackley got word that a clinic here in Pike County had identified more cases of the advanced form of black lung than a national screening program had seen nationwide.

“We found only a few dozen complicated cases of black lung in the last several years,” Blackley said of the screening program. “But just in the last year-and-a-half, at one clinic in Pikeville, we saw sixty cases.”

In December, NPR and the ReSource obtained records from several black lung health clinics in the region, and found another 962 incidents of severe black lung. Blackley and Laney have been reaching out to clinics, hoping to create a more comprehensive count. Recently they visited facilities in Tennessee, Virginia and Kentucky to raise awareness in the local medical field, and also to find and encourage new collaborations.

“Many people think, ‘Oh, black lung, isn’t that something that went away in the 1970s?’” Blackley said. “So we really try to emphasize that this this is something that’s real, something that’s ongoing, and should be recognized as the tragedy that it is.”

The researchers only found out about the resurgence once they connected with a local physician, Dr. Brandon Crum, who told them about the new cases at his clinic in Pikeville. Crum said what’s troubling isn’t just the number of new black lung patients, it’s how quickly he’s seeing the disease progress in young miners.

“Being from a mining family and a miner myself, the thought was it would occur in your 70s and your 80s,” Crum said. “But with this new form, this aggressive form of the disease, we’re seeing it attack younger and younger miners with shorter durations of mining.”

Crum said he’s seen the worst form of black lung disease in miners who’ve spent as few as seven years working in coal mines. Crum and the federal researchers said that indicates how much work remains to be done.

“We plan on working on this issue for the foreseeable future, for many many years, until it’s remedied,” Blackley said.