From the outside Summit Aviation, in the small town of Somerset, Kentucky, looks like any other nondescript, white warehouse. But inside workers craft parts for drones, weapons casings, wing stabilizers and other high-flying products.

Summit is one of many small manufacturers making up the growing aerospace industry in the Ohio Valley. Highly specialized companies are landing in Kentucky and Ohio for the proximity to important raw materials and the promise of some political sway.

Aerospace and aviation have a long history in the region — Ohio gave us the Wright Brothers, after all. A lot has changed since the two decided they’d find a way to fly. Now aerospace products are among the region’s top-dollar exports.

Aircraft and their parts are now Ohio’s second-highest value exports. In Kentucky, aerospace products are at the top of the export value list, exceeding other manufactured goods and traditional commodities such as coal and agricultural exports. 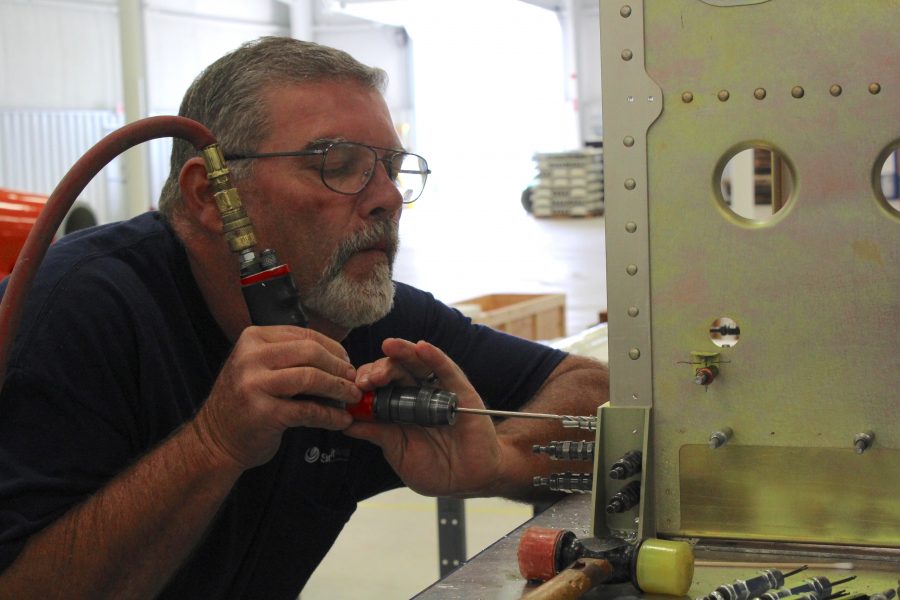 Scott Roush, director of manufacturing at Summit, said there are a couple of reasons for locating in a rural part of Kentucky. One is that it’s in Congressman Hal Rogers’ district.

“We’re here and there are a number of other defense contractors here because of the congressmen,” said Roush.

Rogers represents eastern Kentucky’s 5th district and serves on powerful defense and spending committees. Roush said the congressman approached Sikorsky a decade ago and asked the company to put work in Somerset. He said that connection has helped Summit get its foot in the door.

“So when we go and say, ‘We’re Summit Aviation with 50 employees,’ and you’re going in to meet with a billion-dollar corporation, they may not take you seriously unless you have that extra push to say, ‘Hey, at least let these people in and let them show you what they can do,” Roush said.

In an emailed statement Rogers said, “bringing new industry to southern and eastern Kentucky has been a top priority.”

Summit is what’s known as a “build-to-print” facility. Clients send blueprints and the company builds according to those plans. Many of Summit’s products, such as wing stabilizers, are sent to legendary helicopter makers Sikorsky, and could later become part of one of the Army’s Black Hawk helicopters. About 70 percent of the work at Summit is for defense contracts and Roush said that makes the supply chain important. 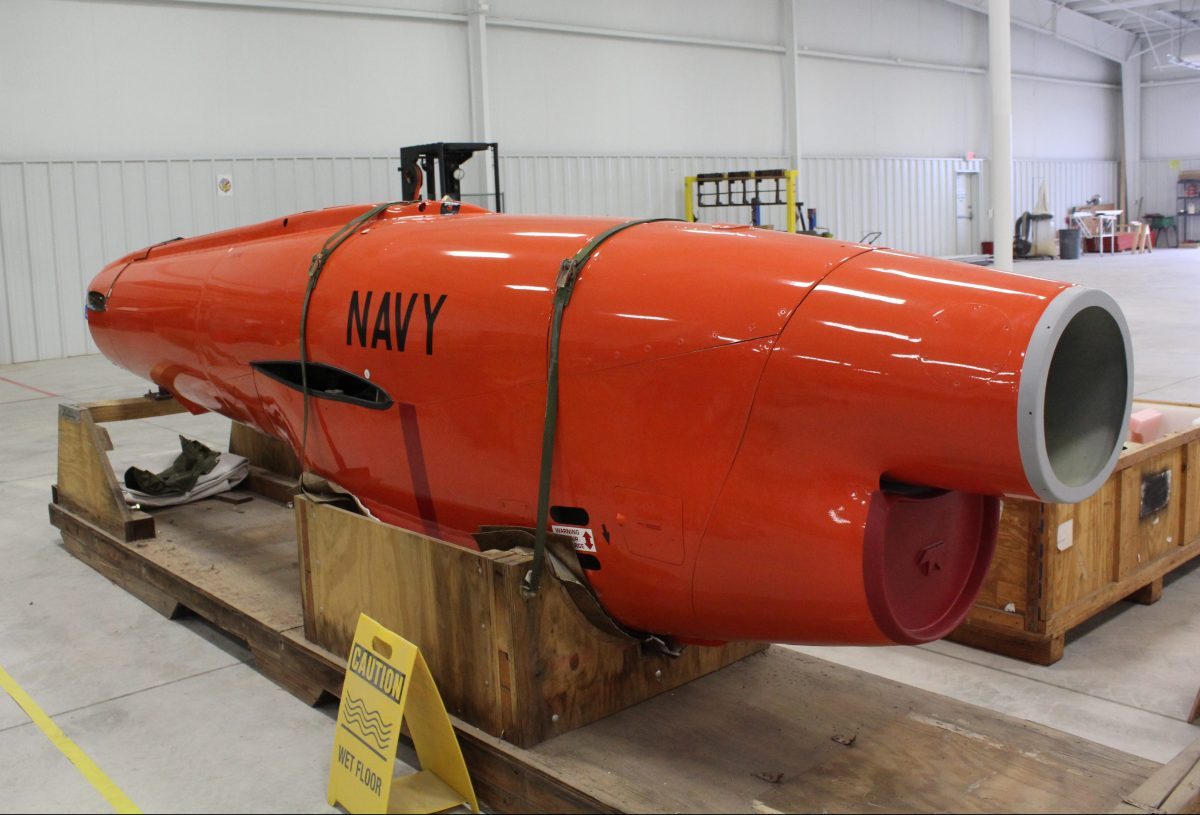 A partly-completed drone is among the defense contract items Summit produces.

“Especially on the defense side there are specific limitations to where you can get, what countries you can get raw materials from,” Roush said.

Defense contractors must comply with laws specifying that material for military contracts be sourced domestically.

That highlights another one of the region’s strong selling points: Century Aluminum in Hawesville, Kentucky. Century is just 166 miles northwest of Somerset and is home to the country’s last smelter producing high-purity aluminum, which is used for many aerospace products.

“It makes sense for the smelting operation to be reasonably close to one of their major customers,” said Dan Stohr, communications director for the Aerospace Industries Association. 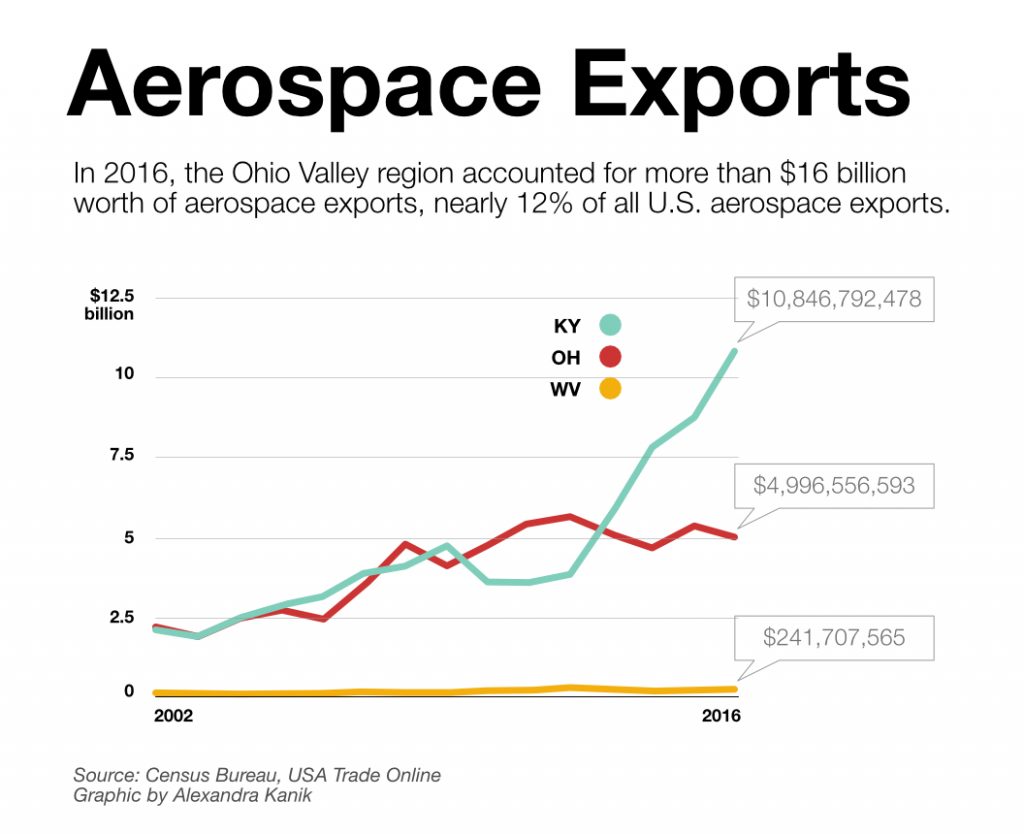 Stohr said about 90 percent of exports in the aerospace industry are for commercial aircraft. Most parts for defense contracts stay in the country. He said once a part is made, the same company will often also provide most maintenance, generating more revenue for the manufacturer.

“It’s cheaper and easier for a major company to buy those finished products as opposed to finishing them, themselves. And so from an economic standpoint these small shops provide an invaluable service,” Stohr said. 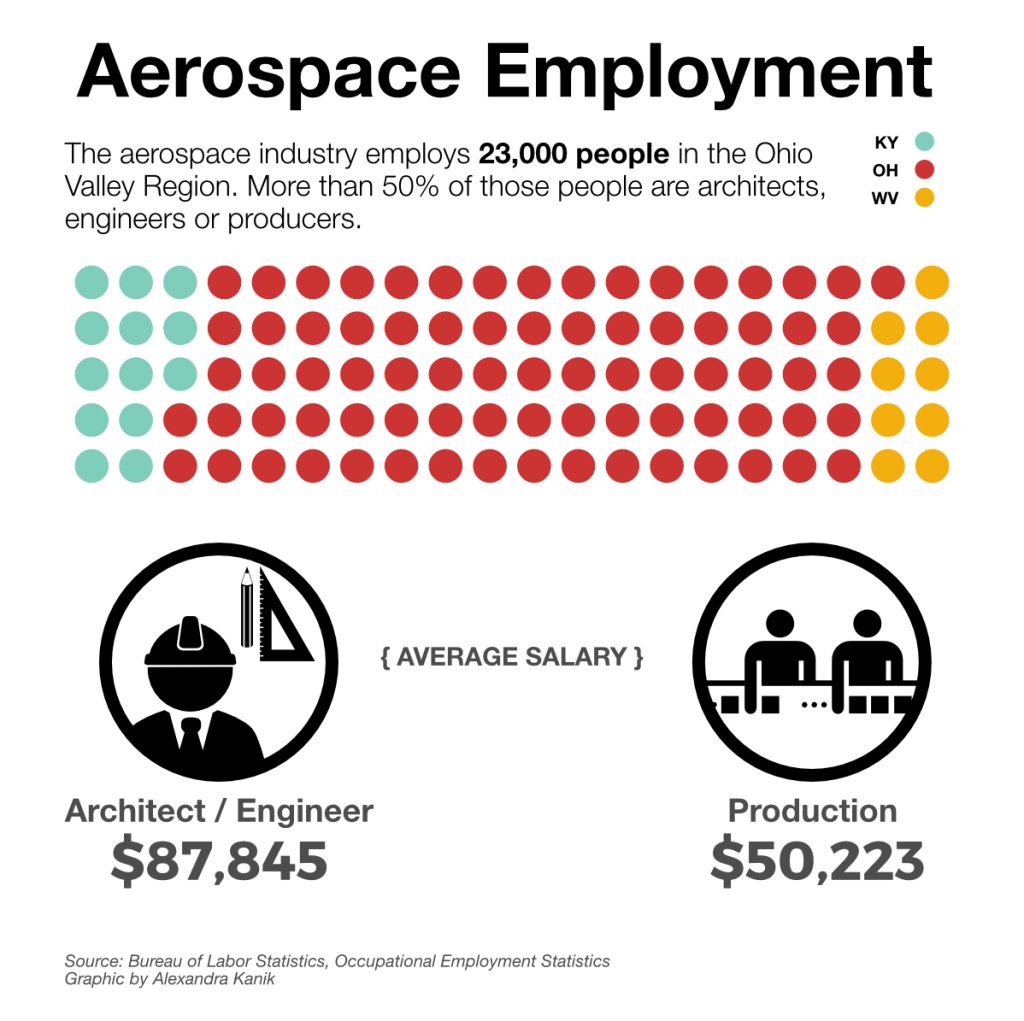 But the region’s dependence on smaller companies could also have some downsides. Mike Shields is a workforce researcher at Policy Matters Ohio, a nonprofit, labor-leaning research institute. He said he’s skeptical about the quality of the jobs in the region’s aerospace sector.

“People who are in the same type of job are oftentimes not earning as high of wages and are not experiencing the same job quality in some of these smaller firms than they do in a comparable role in a well-recognized firm,” Shields said.

Shields said traditionally manufacturing jobs are stable high-paying jobs, but that isn’t necessarily a given anymore. He’s also concerned about how successful the aerospace industry can be in the long run if it’s made up of small businesses.

“It’s harder for them to be profitable,” Shields said. He explained that smaller companies making interchangeable component parts are easily undercut by competitors. He said a company’s products must be unique in order to stand out in the supply network. 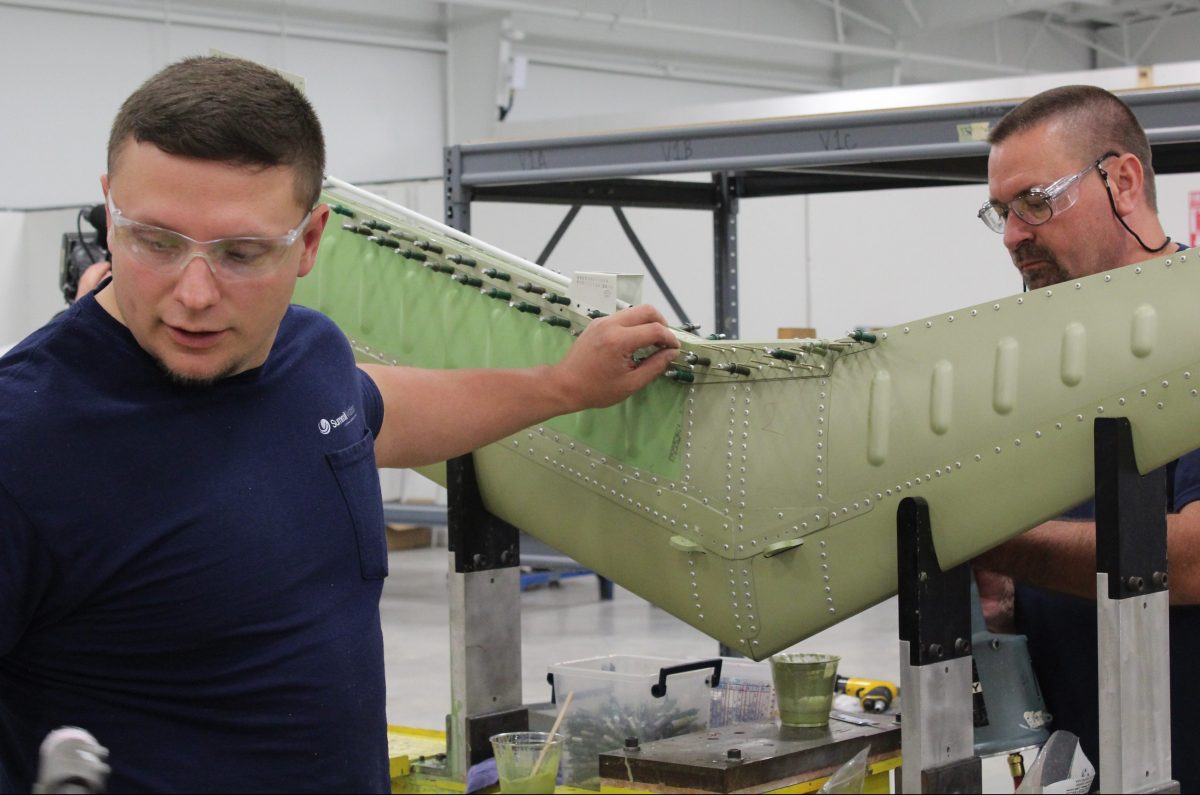 Employees work on a wing stabilizer part, one of Summit’s main products.

On the manufacturing floor of Summit Aviation, workers check off on each step of their work on the various projects going on. These days there’s another element in the industry’s political picture: a new President who wants to beef up defense and domestic aluminum production.

“The perception is that a Republican-led government will lead to more defense spending. But I don’t think we’ve seen the effect of that,” Roush said.

Roush said it’s too early to tell if his industry will hit new heights, but talk of increased spending, proximity to materials, and being in a political player’s back yard doesn’t hurt their chances.