In the rich land of Christian County, wheat is milled for McDonald’s biscuits, corn is turned into ethanol, and grazing cows support the state’s leading dairy. This is Kentucky’s breadbasket, and a river runs through it: the South Fork of Little River.

Second-generation farmer David Brame grows a little bit of everything here, including corn and wheat. The Little River lines his backyard.

“I live here on it. We want to protect these waters. I’ve got as much at stake in them as anybody in this community,” Brame said. 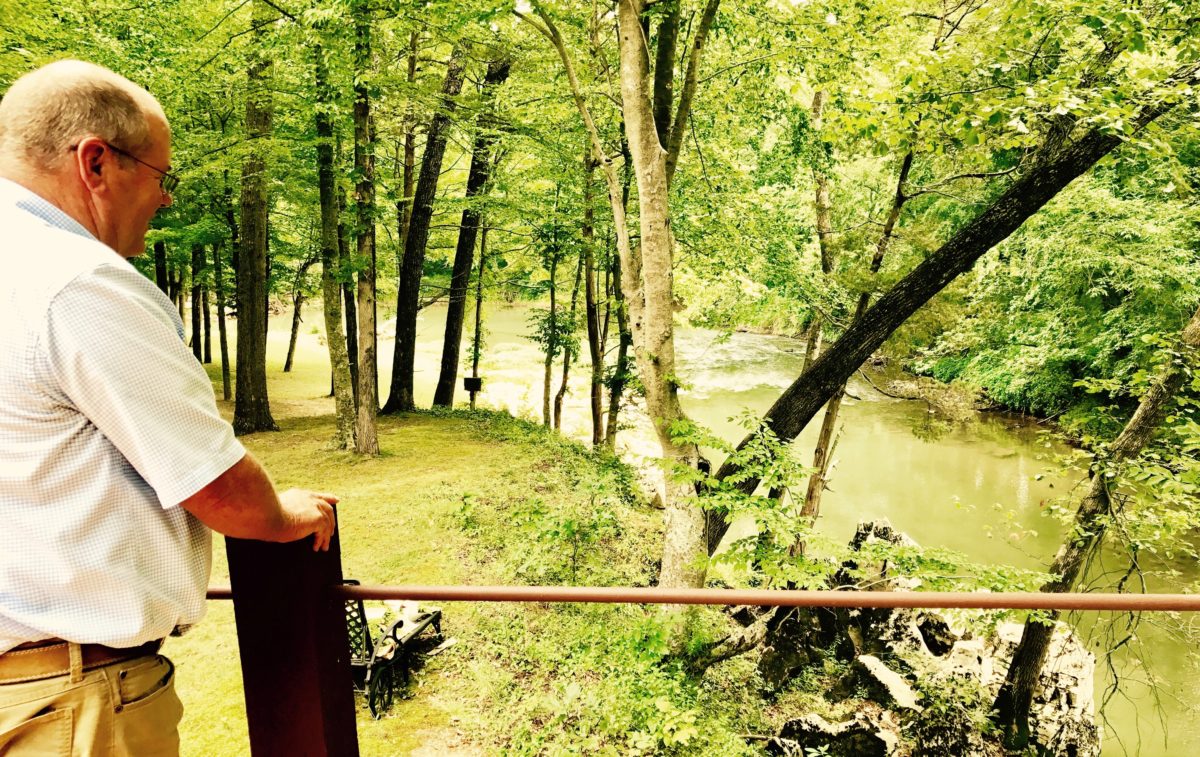 David Brame, overlooking the South Fork of Little River from the porch of his Christian County, KY home.

He fished, swam and raised his kids on this water. So when state tests showed high E. coli levels make the river too polluted for Clean Water Act standards, he was alarmed. He wants a clean river. He also worries that the federal regulation known as the Waters of the U.S. could place undue stress on farmers.

“The way that I understand it, is the EPA and Army Corp of Engineers want to take control over every drop of water that falls on every acre of ground in the U.S.” Brame said.

That’s a bit of an exaggeration, but the Obama-era clean water rule’s expansion of federal authority met a wave of opposition from farmers, developers and many industries.

The Obama administration proposed Waters of the U.S. in 2015 to address uncertainty about whether the federal government could protect some small streams and wetlands. The new rule included ponds, intermittent streams, and tributaries that lead to larger waterways.

More than 4,000 streams and rivers have been classified as impaired in the Ohio Valley, which is home to agriculture, coal, and industry interests, all of whom have lobbied against the rule and other Obama-era stream protection standards. 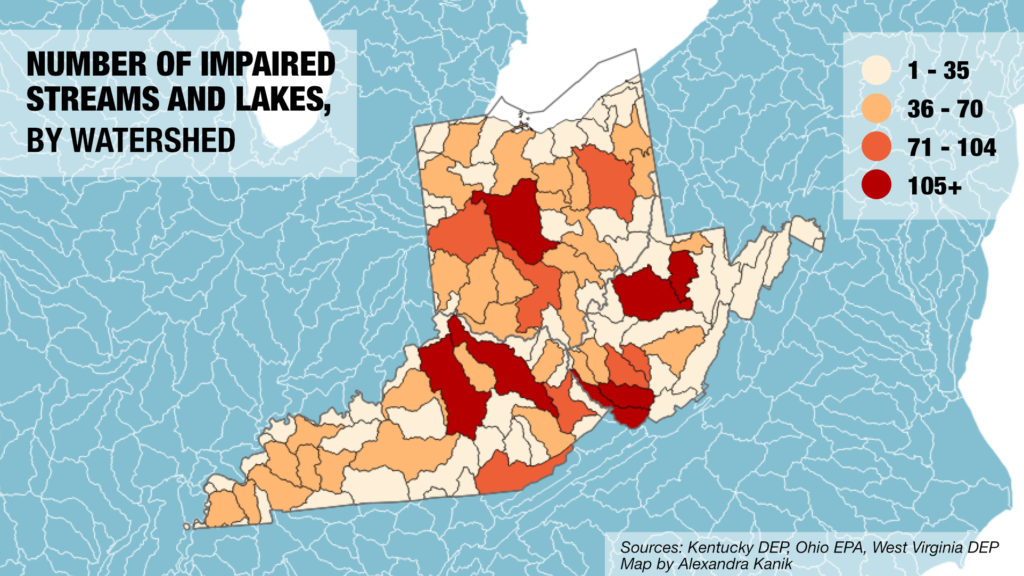 With the Trump administration’s recent move to repeal the water rule those opponents appear to have won. But Little River is still impaired. That means Brame’s story is far from over.

“We want to fix our problems,” Brame said. “But we’ve got to know what our problems are, and then we will address them.”

Brame joined a group called the Little River Water Quality Consortium made up of farmers, city officials, local utilities, and others who came together in 2011. The group did something that has some water professionals in awe. The consortium raised $800,000 to pay for sophisticated water testing that allows for a sort of DNA fingerprinting of waterborne pathogens.

“What we wanted was solid information,” Wayne Hunt said. He chairs the Little River consortium. “I want to know what is in the river and we can go from there.”

Hunt has been “tracking water” a long time as a farmer and businessman dealing in tractors and fertilizer.

In 2009, the Kentucky Division of Water calculated a total maximum daily load for pathogens in Little River based on data collected from 2000 to 2002. When presented to Christian County residents, some of that information was more than a decade old.

The state data did not provide specifics on the source of pollution. Was it a sewage problem, livestock, or something else? The consortium hired the U.S. Geological Survey to find out exactly what was polluting their water. The intent was not to point fingers, but to find solutions together. 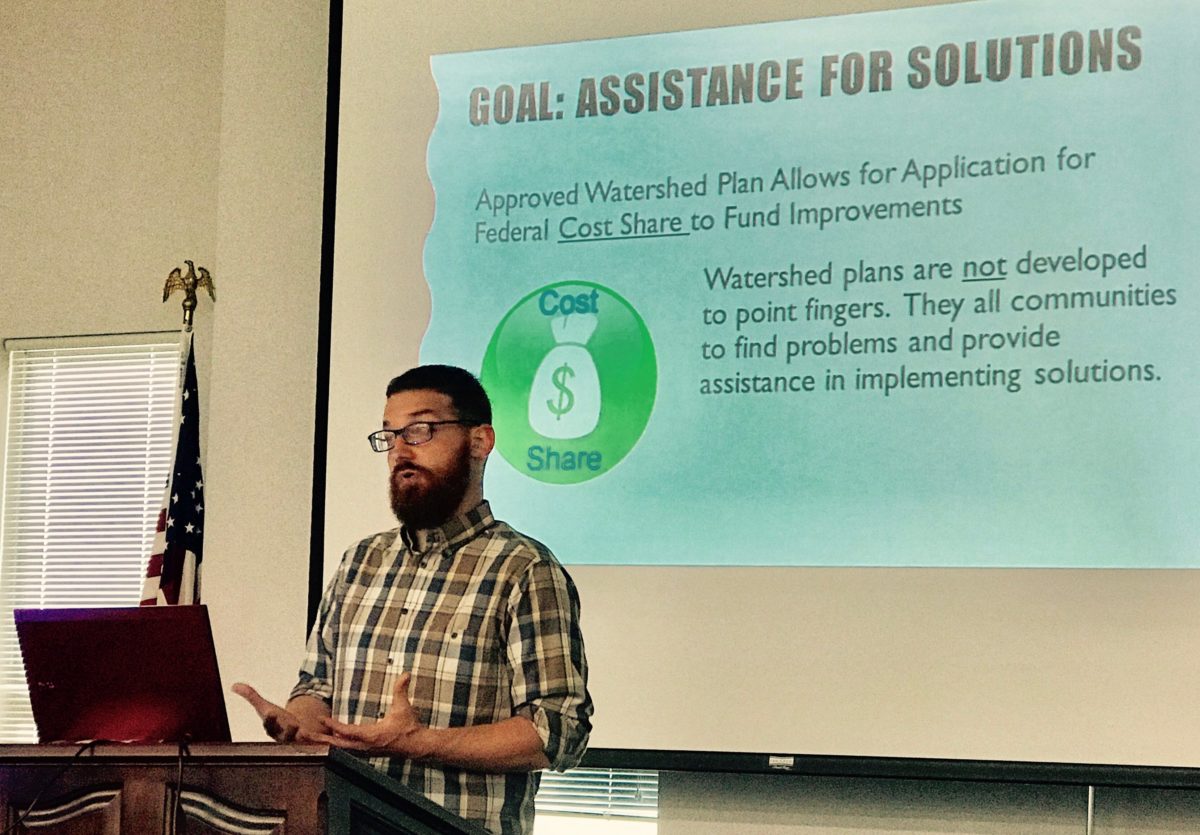 Not everyone in the community was on board with the idea. Hunt said some people were concerned that more information could open the possibility of more regulation and further restrictions on land use.

“I think you have to have a lot of guts to even approach what we are doing,” he said. “Whatever turns up, whatever it is, we will fix it.”

Hunt is proud of the group and what he hopes they will accomplish. “I think this is the only way you can handle it and not have a lot of controversy,” he said.

The USGS sampling and analysis gave the consortium its answer. The E. coli source was…all of the above. Some human, some livestock, and even some dog waste all contributed to the river’s pollution.

The data confirmed that the river needs work to reduce sediment and other contaminants as well. Armed with that information, the group is moving forward with a plan for improvement.

The group hired Third Rock Consultants to take the data to create and implement a watershed plan. Third Rock environmental planner Steve Evans said this type of plan, when approved, allows for application to federal cost shares to fund improvements. 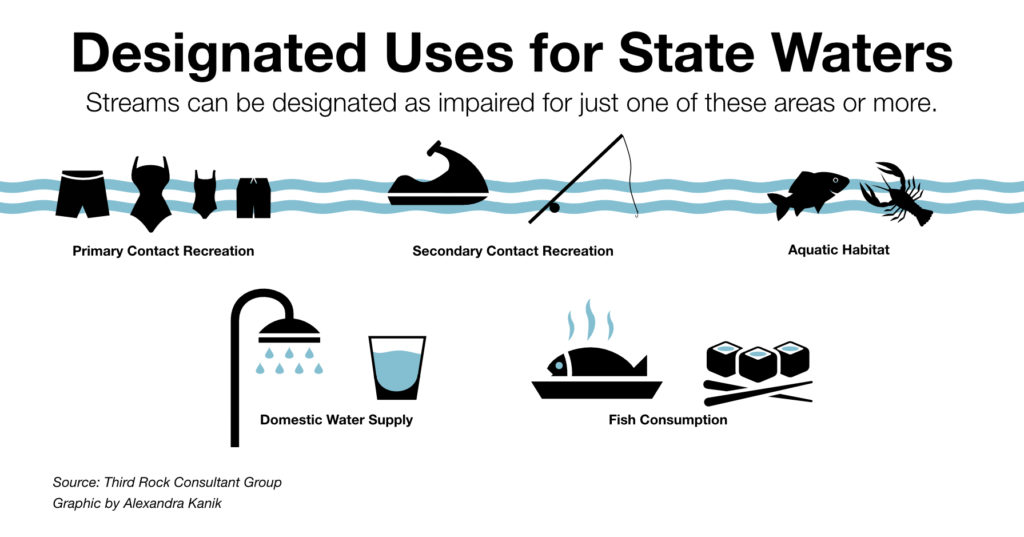 When people find out their water is impaired, Evans said, there’s often a period of finger pointing and blame. But better information can help communities get to constructive solutions.

He said he sees people across the Ohio Valley who are concerned about their waterways. “The kids go out and play in the creek and the question is, ‘is the water safe for them?’”

Through data generated with the USGS, the Hopkinsville Water Environment Authority has decided to move forward with two water and sewer infrastructure projects and has secured $39.4 million dollars in funding.

USGS hydrologist Angie Crain said the Little River consortium is breaking new ground in water cleanups, and could be a model for other communities nationwide.

“A lot of people have been looking at this study,” she said. “Being able to use multiple source tracking or tracking nutrients is important. And I think more people, if they can afford it, [will] move that way.”

That could be a big “if” when it come to costs. Crain said the USGS was able to provide a 50/50 cost share for testing the Little River. But proposed budget cuts to both the USGS and the Department of Agriculture threaten funding for water sampling and assistance programs that can reduce polluted runoff.

While most state agencies can perform water tests, Crain said, they don’t often get such requests because the upfront costs and sampling size might not seem feasible or cost effective for state labs.

But just being able to identify the pollution source would give the state “a leg up,” she said.

“Because you’re not shooting broadly, you’re actually aiming into a specific area,” she said. “It makes it effective in terms of water quality but also cost effective so that you’re not blanketing an entire watershed with possible management practices that you may or may not need.”

Data from the Little River project was approved and released in April and a final report is due soon.

“Bring it back home”

David Brame sat on his back porch looking out at Little River. Clean water isn’t controversial in Christian County, he said, everyone wants it. The politics around water, however, can get problematic.

A public comment period on repealing the Waters of the U.S. rule is open until August 28.

NOTE:  On Thursday, August 16,  the U.S. EPA extended the public comment period mentioned above to September 27.