The Environmental Protection Agency has agreed to some limits on the use of a controversial herbicide called dicamba, which farmers throughout the region have blamed for crop damage. A change to the label on the chemical will restrict sales of dicamba to certified users.

Dicamba, which was formulated for use on a certain strain of genetically modified soybeans, has been linked to stunted growth or damage to other soybean crops not resistant to the herbicide technology.

A growing number of farmers have complained that the herbicide drifts from target fields after spraying, putting neighboring crops at risk.

Monsanto, a major manufacturer of Dicamba, asked the EPA to change the label on its “Xtendimax Vaporgrip” product to restricted use only.

“We looked at the off-target movement and we looked at the lack of buffer zones or wrong nozzles and wrong boom height,” Partridge said. “What we realized very quickly was that all of those factors are solved by better training and better education.”

Partridge said that now only certified applicators can use the herbicide. State departments of agriculture will be tasked with training.

In an earlier report by the ReSource soybean farmers in the region reported more than 50,000 acres of crops affected by misuse of herbicide.

One report connected the drifting spray to temperature inversions, which often occur overnight. The new label now restricts spraying to between dawn and dusk. Partridge said the company will also be giving out free spray nozzles to users. 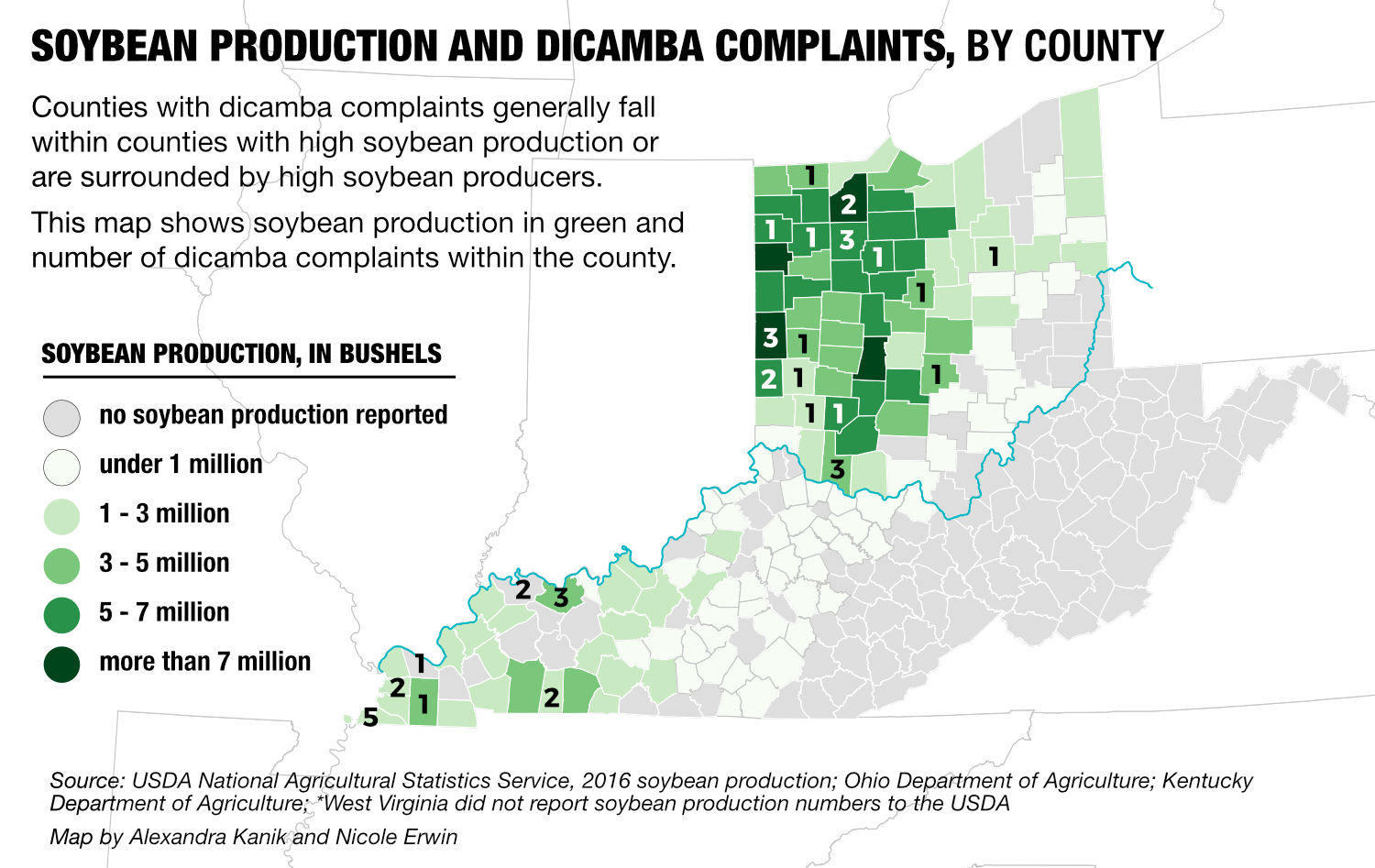 Partridge said due to high demand, Monsanto expects to double the sale of the product during the 2018 harvest.