Roberto Gonzales and six other workers came from Nayarit, Mexico, to work on a Garrard County, Kentucky, tobacco farm using a guest worker program called the H-2A visa. The Department of Labor program guarantees a wage in Kentucky of $10.92 an hour. But Gonzales said the workers were only getting between $3 and $8 per hour. So they went on strike.

Within a month the workers had won a settlement. Gonzales knew what he was owed because it is all in a contract through the guest worker program.

“When we first came from Mexico we were given an information sheet that told us what our rights were, what the contract was,” Gonzales said through a translator. He said the contract included a number to call in case the wages and other compensation guarantees were not being fulfilled. 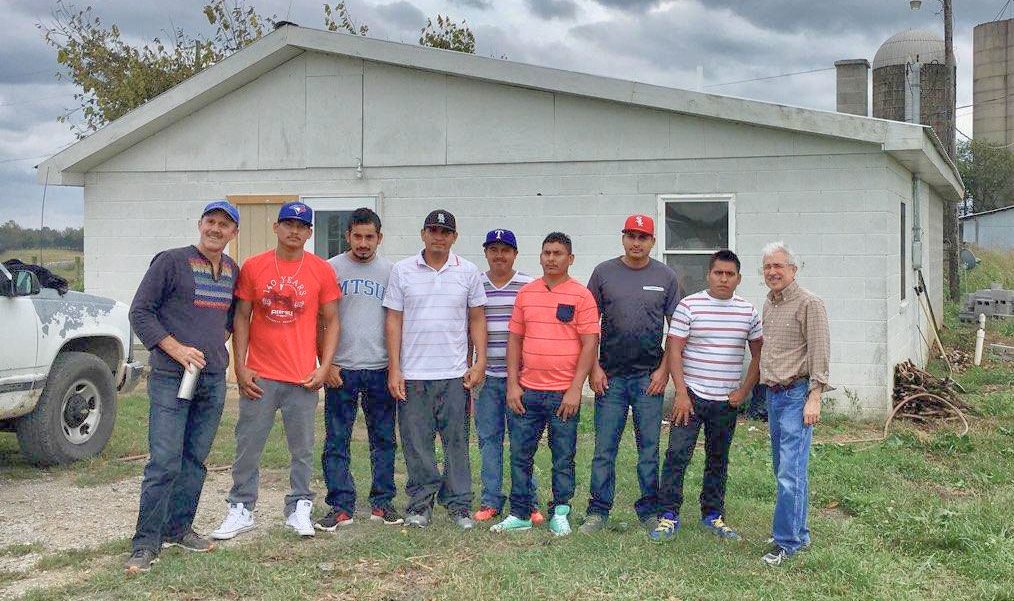 The Farm Labor Organizing Committee represented the workers and has organized other H-2A guest workers at farms across the South and Midwest. The union says it took years of negotiating to secure wage, housing, and transportation guarantees in the H-2A program. Now they fear a bill in Congress could eliminate all of these protections. The Agricultural Guestworker Act, more commonly called the H-2C bill, has passed the House Judiciary Committee with a promise to eliminate red tape in the visa program.

“What does red tape mean?” Lorette Picciano asked. She directs the Rural Coalition, an alliance of small producers and farm workers in the U.S. and Mexico.

“Red tape means not being burdened by regulations. Well, what do some of the regulations do? They support the rights of workers,” she said. “You are going to be more profitable if you do not provide workers rights. Let’s be clear, that’s what would be happening.”

Under the H-2C proposal, supervision of guest workers would move from the Department of Labor to the Departments of Agriculture and Homeland Security. This new program would end the H-2A employer requirement to provide housing and transportation and would reduce the number of guaranteed work hours. The prevailing wage requirement would also be removed, requiring employers to base pay on state minimum wage rates.

“And that leaves the worker more vulnerable and unable to negotiate with the employer on any terms of their employment,” Picciano said. These changes, she said, place the workers in a precarious position.

The number of farmers using H-2A visa workers has more than doubled over the past five years, and 12 percent of those applying were in the Ohio Valley region, which hosted more than eight thousand guest workers last year. The jump in H-2A applications is partly because the worker shortage is getting worse, according to employers.

In the Ohio Valley, a large portion of the H-2A applications come from tobacco growers. Employers are required to advertise positions to domestic workers before they can apply for guest workers.

West Kentucky tobacco producer Jim Kelly has worked with the crop for more than 50 years. Each year he hires 17 or so migrant workers to get his 150-acre crop out of the ground and to the market. 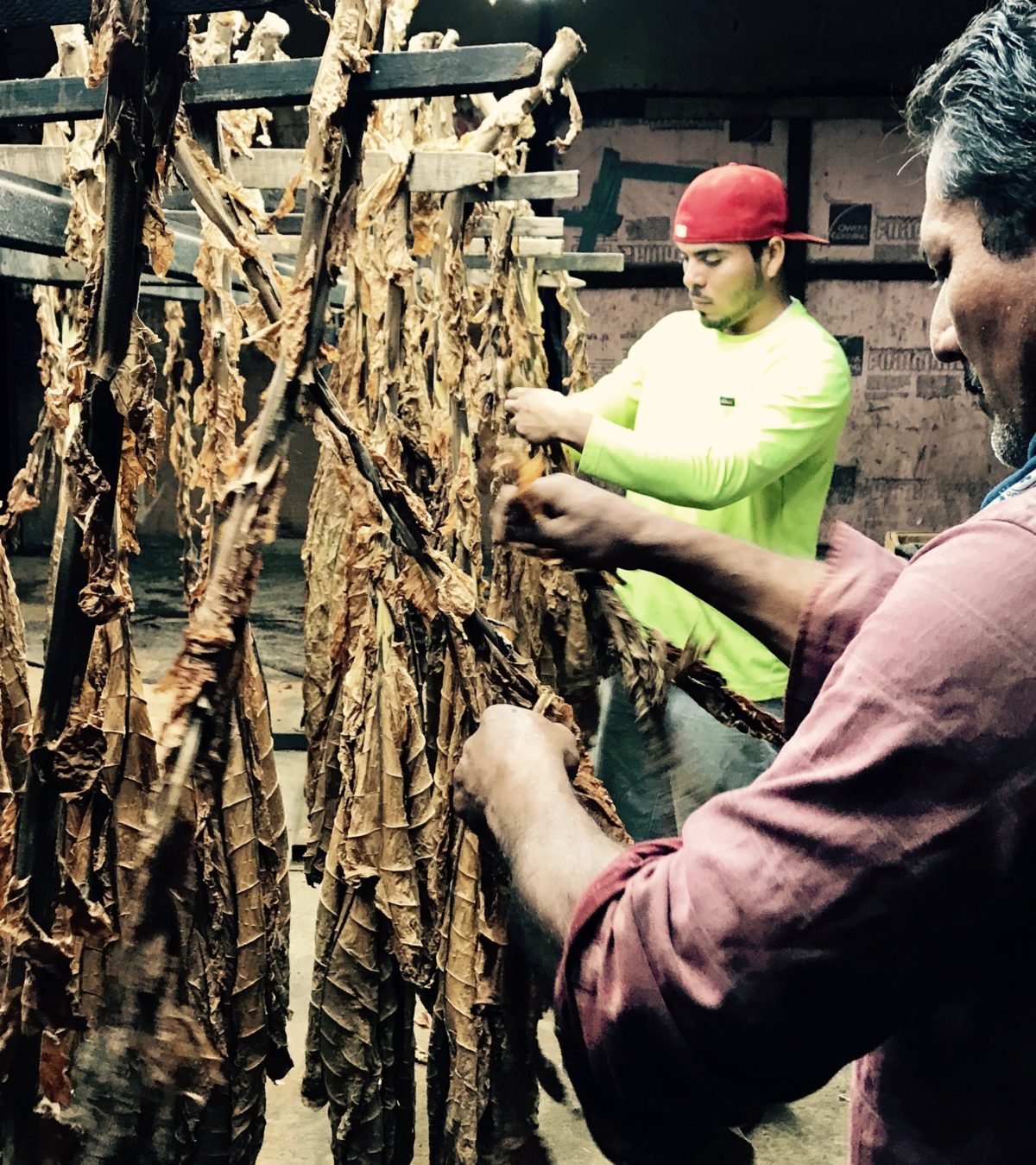 Workers strip and sort tobacco leaves on the Kelly farm.

“This is Jose, he is one of them that has been with me the longest,” Kelly said as he introduced workers on his farm. “He can do anything. He’s the welder, he’s a mechanic.”

Kelly explained that harvesting tobacco requires skill and hard work. On this day, the workers were stripping tobacco, which requires workers to grade leaves as they selectively remove them from each stalk.

This stage of tobacco processing is less labor intensive than harvesting, and the work is done in a barn, out of the elements. 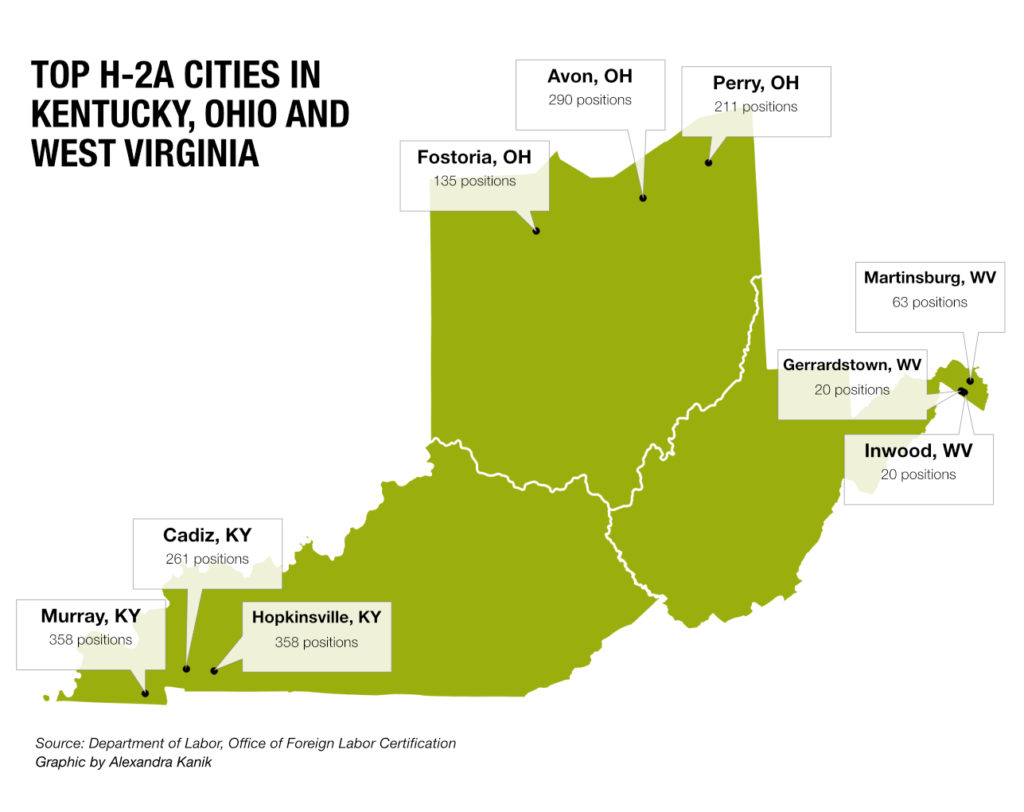 Kelly said the farmer in Garrard County, Kentucky, who refused to pay his workers their contracted wage was in the wrong. But he said that a flat rate wage for all work doesn’t make sense either.

“We are having to pay a pretty hefty price for stripping tobacco as well as the same price we pay for the hard labor cutting it. We wish there was a difference in that. It used to be about a dollar-and-a-half to two dollars difference, and these guys would work for that,” Kelly said.

The H-2A prevailing wage requirement does not allow for varied rates of pay. Like Kentucky, West Virginia’s rate is set at $10.92 and in Ohio it is $13.01. The H-2C bill would eliminate those wage rate floors and allow employers to deduct 10 percent of the workers’ wage to be repaid once they return to their home countries. This is intended as an incentive for workers to not overstay their visas.

Getting the workers back to the farm each year is another problem, Kelly said.

“It’s a very complicated process in order for me to bring a guy in,” he said. “And most of the time I’m bringing someone who has been coming here for 17 years anyway, some of them a little longer than that.”

If a name is misspelled on an application, that can delay the process by several weeks. Often, labor decisions have to be determined before his tobacco contracts have been made. 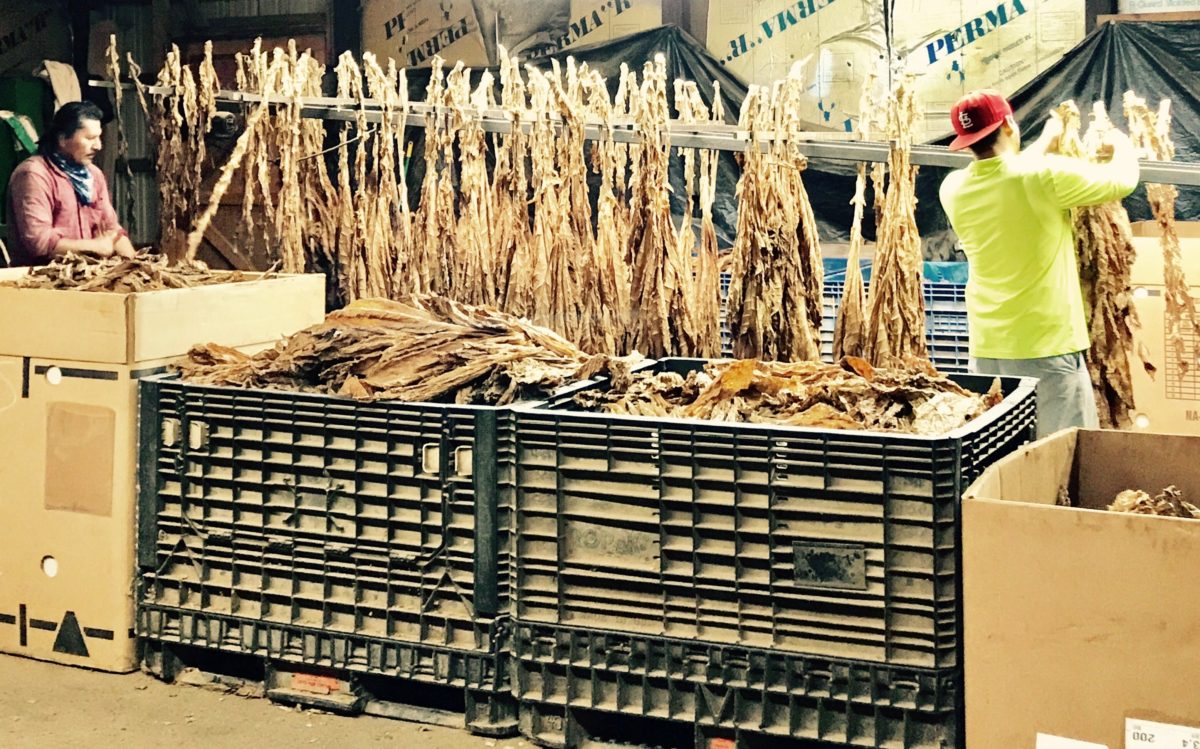 Tobacco lined up for processing in Jim Kelly’s barn.

The Labor Department’s H-2A program allows unlimited visa entry for agriculture field workers only. The H-2C bill would expand the industries eligible to apply to include dairy and meat and seafood processors to the program. The bill would also cap visas at 500,000 workers per year, with an option to expand the number of visas by 10 percent a year if that cap is reached.

Picciano says this increases competition in an already limited workforce and the lower wages in the H-2C bill will pit worker against worker.

“If you think about all the workers that are currently undocumented in the United States, if you really wanted a long-term workforce, more efforts should be put into regularizing their immigration status and recruiting them as workers,” Picciano said.

The dairy industry is perhaps the biggest supporter of the H-2C bill. John Hollay, vice president of government relations for the National Milk Producers Federation, said more than half of workers employed by the dairy industry are foreign born. The reality, he said, is not a lot of Americans want to work on dairy farms. 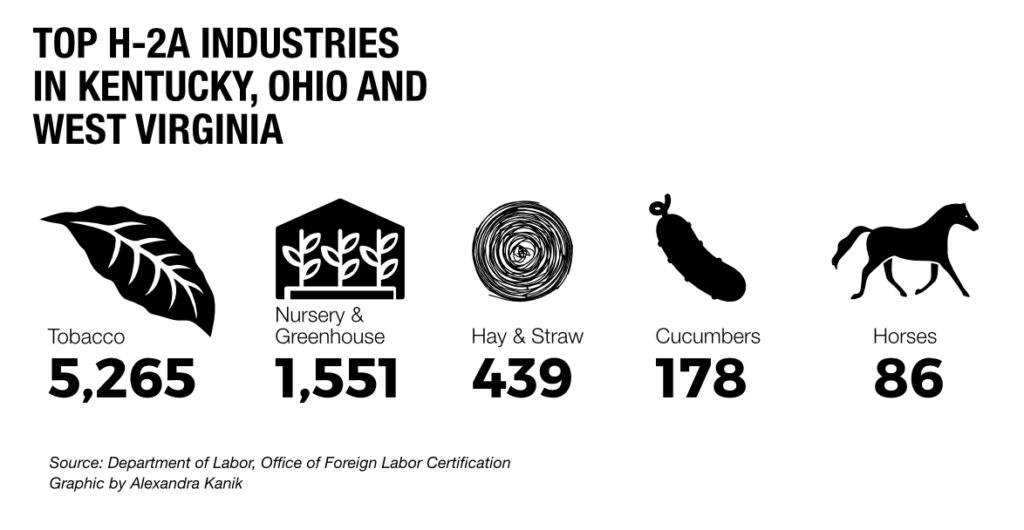 “Our industry is in desperate need of a solution,” Hollay said. “Unlike other industries in the agriculture sector we lack access to any legal visa program. That has put a tremendous strain on both our producers and their employees as they try to fill these jobs.”

The H-2C bill isn’t perfect, “but it’s the only game in town,” Hollay said. “And we wanted to make sure that we were part of the conversation to make sure that it works as effective as it can for dairy farmers.”

A competing bill, The Agricultural Worker Program Act of 2017, is sponsored by California Senator Dianne Feinstein and Illinois Congressman Luis Gutierrez, both Democrats. The legislation aims to shield farm workers from deportation and put them on a path to earned legal status and eventual citizenship.

Hollay said the Feinstein-Gutierrez bill doesn’t have a chance in a Republican Congress.

Picciano said there is definitely a need to address the issues of the agricultural workforce but the H-2C bill is not the way to do that.

“There are not enough employees to harvest what is currently growing on the farms around the country,” she said. “But massively expanding the competition between new immigrant workers and workers and undocumented workers that are already here is not the way to solve that problem.”

At Jim Kelly’s farm, this year’s crop is running behind, and Kelly’s worried his workers’ 9-month contract will expire before work is done. 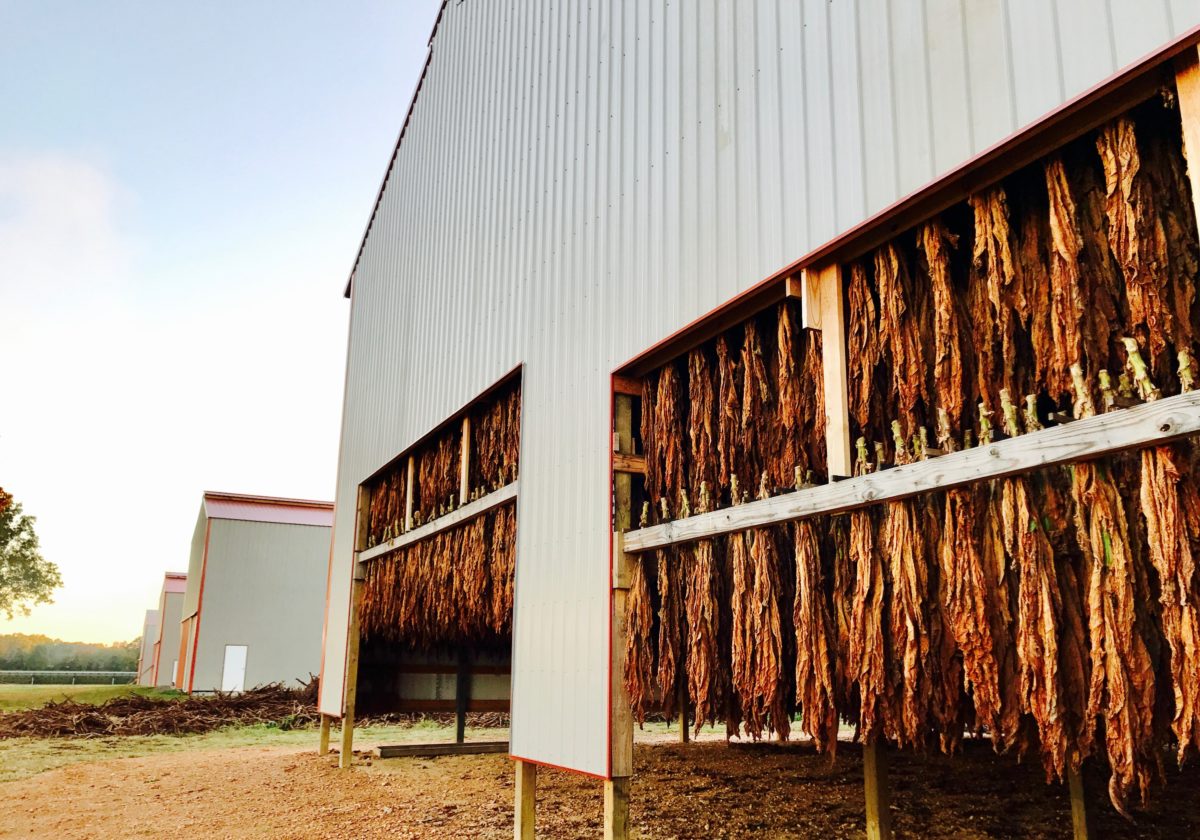 “I mean, why can’t these guys have passports? And they can come and go and let the government take the adequate fees,” he said.

Kelly said he doesn’t care if the card is blue or purple, but the process has to be streamlined.

A year-round, steady work force is something that all sectors of the agriculture industry  agree is needed. Farmers like Kelly want a program that’s easier to use. Workers want one that protects their rights. But immigration and jobs are often divisive in Congress. Any bill will need to find a balance in order to move further than the House floor.

Rachel Garringer of partner station WMMT contributed to this report.