Mine Health Expert Concerned About Review Of Coal Dust Rule

The Trump administration’s Office of Management and Budget has announced a review of an Obama-era rule that protects coal miners from exposure to the dust that causes black lung disease.

That has some health and safety advocates concerned. The review comes amid a tide of regulatory rollbacks by the Trump administration and at a time that black lung disease is on the rise in Appalachian coal country. 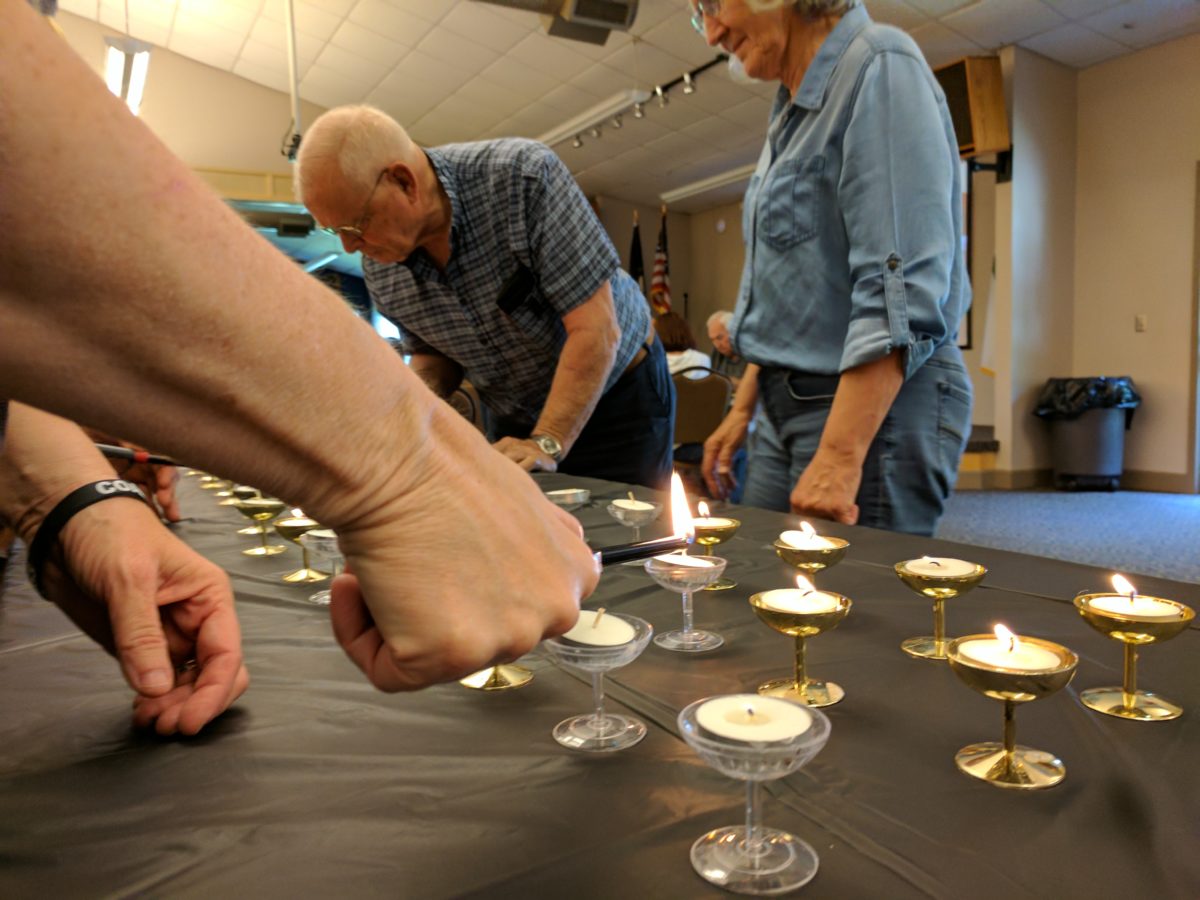 Members of the Southeastern Kentucky Black Lung Association light candles in memory of those lost to the disease.

The federal Mine Safety and Health Administration, or MSHA, declined an interview request.

In a statement, the Department of Labor Assistant Secretary in charge of MSHA, former mining executive David Zatezelo, said MSHA is “not proposing to weaken this rule.” Rather, he wrote, “We are planning to collect feedback on the rule from stakeholders, which was both a commitment previously made by MSHA, and a directive from President Trump, who strongly supports America’s miners.”

The respirable coal dust rule that is being reviewed just came into effect in 2016 after years of consideration, compromise, and legal challenges from the mining industry. The rule lowered the amount of dust that miners can be exposed to, and also required more frequent monitoring of dust conditions.

The rule included a provision for review in order to “determine whether any such regulations should be modified, streamlined, expanded, or repealed.” Health advocates say they are watching for signs that the review might become a rollback of the dust control measure.

The timing of the announcement makes some health and safety advocates uneasy. The administration announced the review the same day that President Trump held a press conference to highlight how quickly his administration has been getting rid of government regulations.

The president stood in front of a head-high pile of papers, meant to symbolize the regulations he is seeking to do away with.

“For every one new regulation, we have eliminated 22,” the president said, as he cut through a red ribbon with a pair of gold-handled scissors. 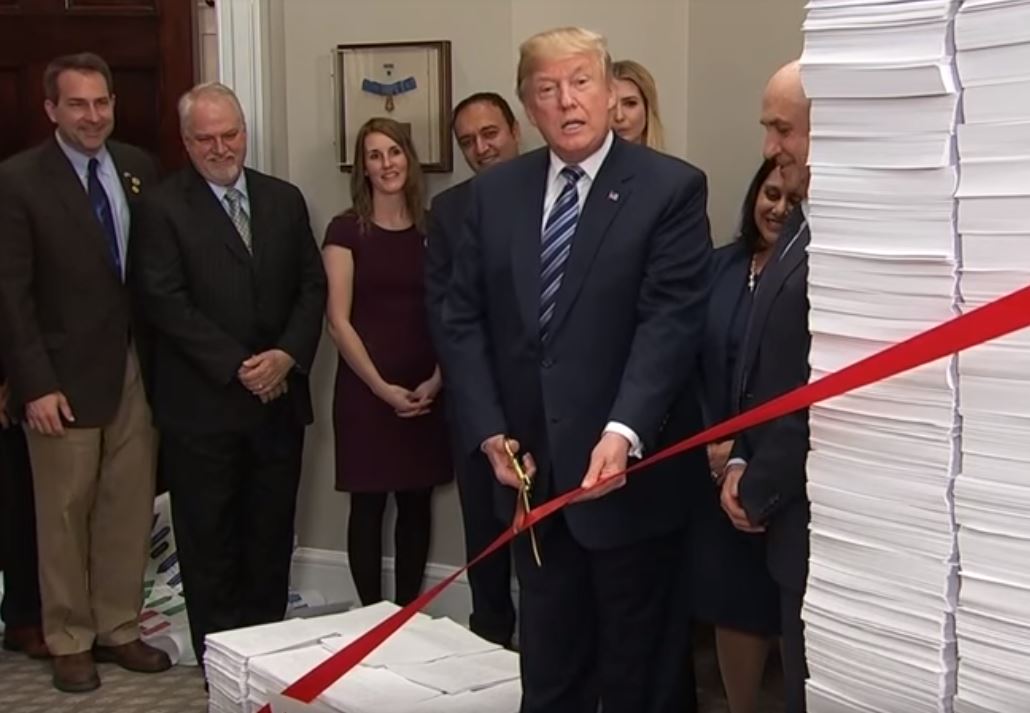 Dr. Edward Petsonk is a lung specialist and professor of medicine at West Virginia University. From 1990 to 2009, he oversaw federal monitoring of dust diseases in miners as part of the National Institute for Occupational Safety and Health.

“To cut back now is almost certainly to expect much more disease and suffering and death,” Petsonk said.

The new dust rule is the latest in a decades-long line of efforts to control the disease which has long plagued coal workers. In 1970, striking miners won federal regulation to address the dusty conditions that cause black lung.

“This disease was supposed to have been eradicated,” Petsonk said. 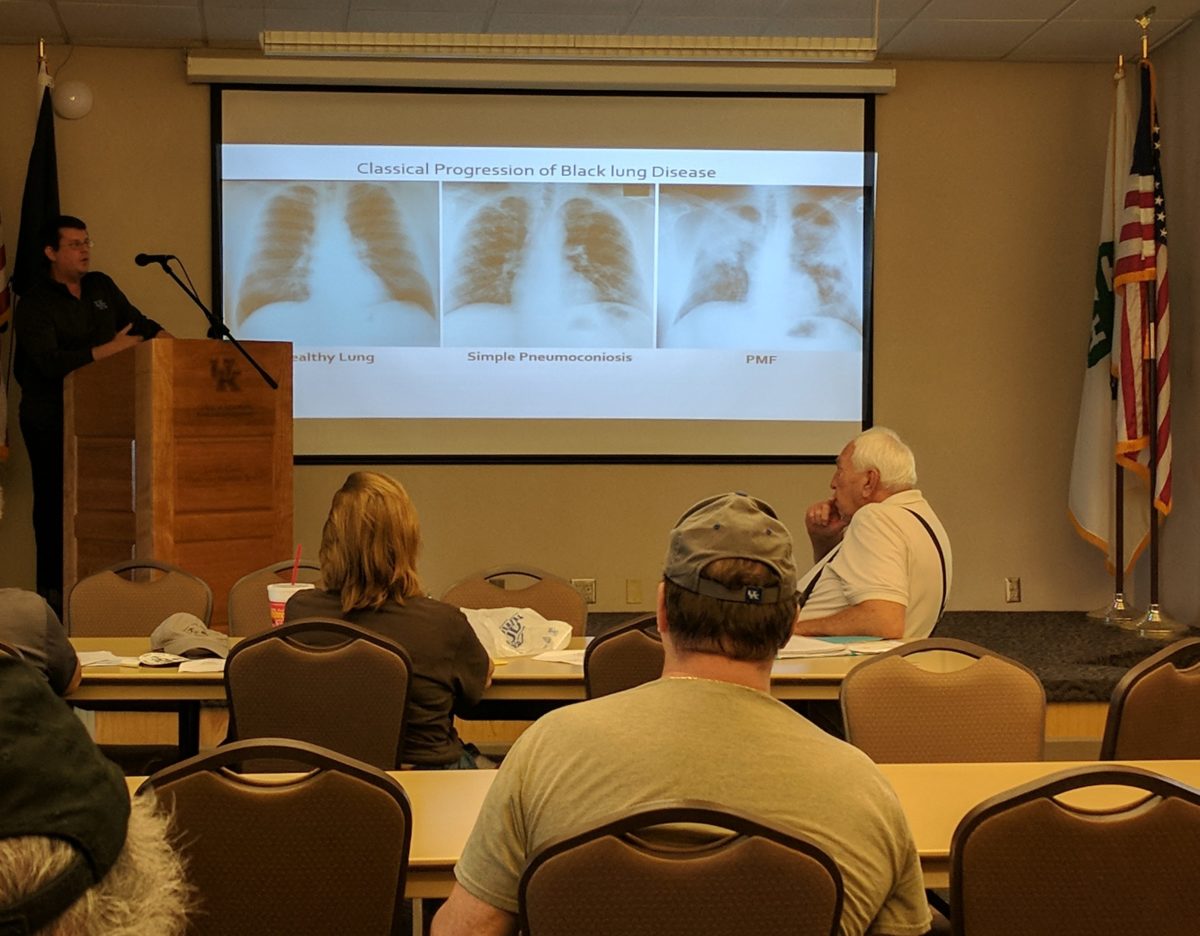 But black lung remains a major problem today. Last year, an Ohio Valley ReSource and NPR investigation found over a thousand cases of severe black lung disease not previously detected by government monitoring programs. Federal researchers estimate around 5 percent of experienced working miners have the condition. Petsonk said that the newly established limits on dust might not be strict enough.

“The existing regulation was a compromise,” he said. “The science suggested the dust levels should have been cut in half, but it was only cut 25 percent.”

The other compromise, Petsonk said, was in how often miners wear dust monitors. He explained that when conditions get too dusty, even just for a short time, miners can suffer permanent lung damage.

“The monitoring should be done continuously so that miners know exactly whether they have a hazardous condition or not,” he said. “That’s the best way to protect against this disease that’s now ravaging coal miners throughout our region.”

Phil Smith is a spokesperson for the United Mine Workers of America. He said he thinks the rule is fine as it is. He noted that keeping dust levels low prevents more than just black lung. 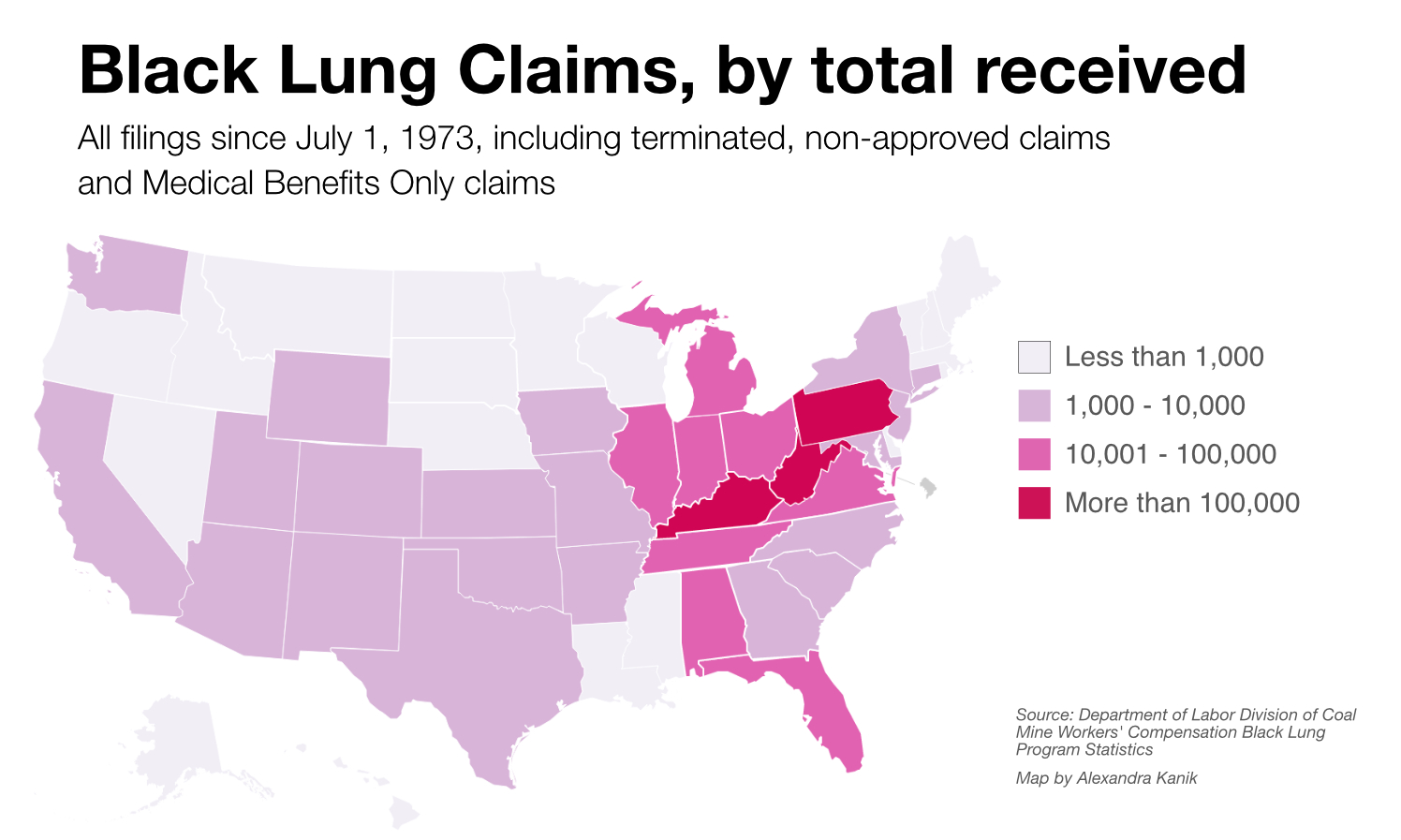 Smith said the larger problem has to do with enforcement and compliance. Smith said companies and the government are not protecting miners from dust the way the law requires.

“This is going to happen when you have operators that aren’t willing to follow the law and a government that’s not willing to enforce it.”

Bill Raney, president of the West Virginia Coal Association, said his organization is still assessing what the administration’s review of the rule might mean. He said he hopes that any rule changes will acknowledge new technologies, such as improved airflow helmets for miners, and balance safety with cost.

“What we’ve got to do is keep the momentum going that President Trump and all his appointees have begun to initiate over the last 11 months to try to rescue this industry,” Raney said.

Murray Energy is one of the country’s largest coal companies, and it’s headed by Bob Murray, who’s been a prominent ally of President Trump.

In 2016, Murray Energy unsuccessfully sued the government in an effort to stop the dust control rule. In a written statement, the company said it is pleased that the rule is under review, and believes the rule “fails to protect miners in any way.”