A group of students from South Floyd Middle School had seen the nearby elementary school suffer damage from floods year after year. When they joined the school’s newly formed engineering team, they came up with a low-cost solution.

The design won top prize at a regional engineering competition, and it also made school feel more meaningful for the students involved.

“As a kid, the amount you’re able to impact society around you is a little bit limited,”  Crase said. ”This is one of the best ways I’ve ever found to do some impact.” 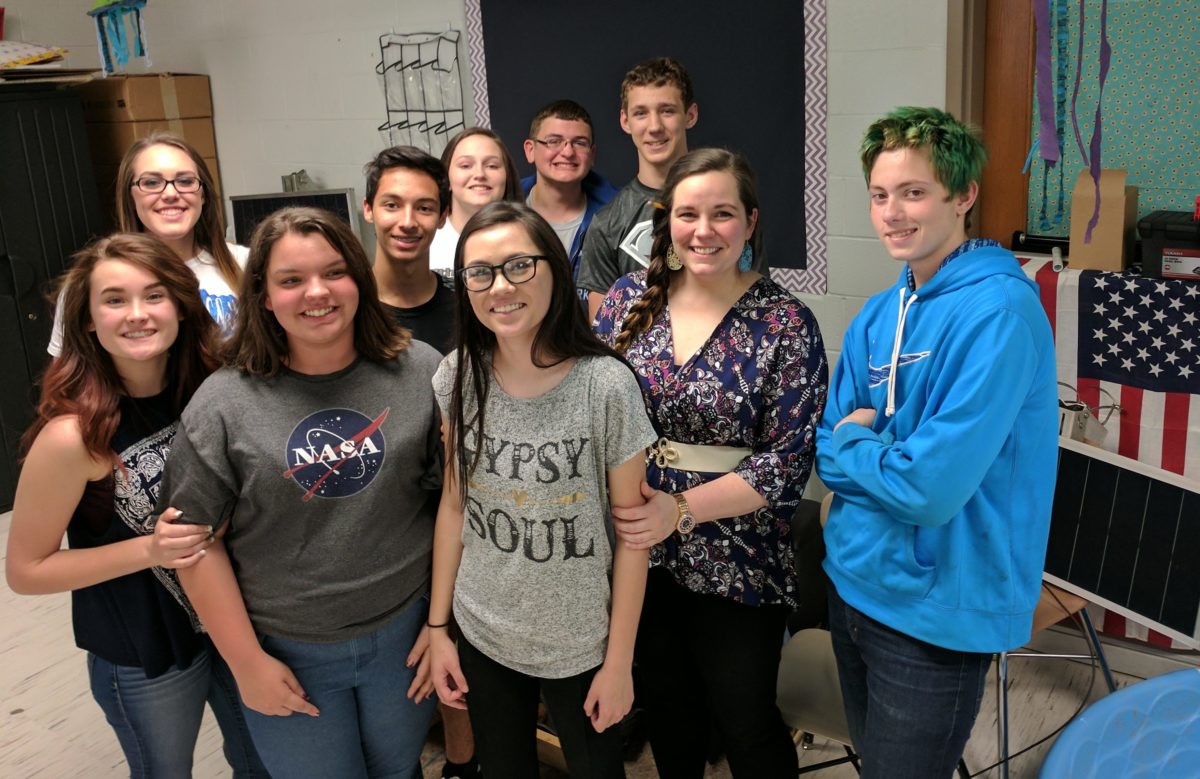 Kelsey Tackett is one of the teachers who helped to launch the engineering team. She said that  without grant funding students would likely have just drawn designs on paper. The materials for a real, tangible project would not have been possible.

“Absolutely not,” she said. “Being able to use money to just fund a project that a student completely comes up with would be extremely difficult.”

Tackett was able to buy supplies thanks to money from the Kentucky Valley Educational Cooperative, or KVEC, a collective of 22 school districts across the coalfields of eastern Kentucky.

In 2013, the cooperative won a $30 million federal grant under the U.S. Department of Education’s “Race to the Top” program. That five-year grant was set to end with this school year, but on January 2 the cooperative learned that it will be awarded money for an extra year. 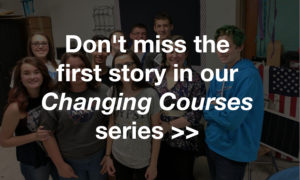 KVEC Director Jeff Hawkins said the extra funding, an estimated $5 to $6 million, will allow the cooperative to focus on sustainability for their efforts in advancing new technologies and personalized learning.

Hawkins explained that the challenge of funding innovation in rural schools is not new, and not getting easier despite decades-old litigation and legislation intended to address the funding disparities.

“I think it’s even more of a concern now than it was 27 years ago,” Hawkins said.

Twenty-seven years ago the school systems in KVEC had joined with other school districts in what would become a landmark lawsuit against the state. Their suit argued that the huge difference in funding between poor and wealthy school districts violated the state’s constitutional guarantee of equal educational opportunity. Elwood Cornett was then the director of the recently-founded cooperative. 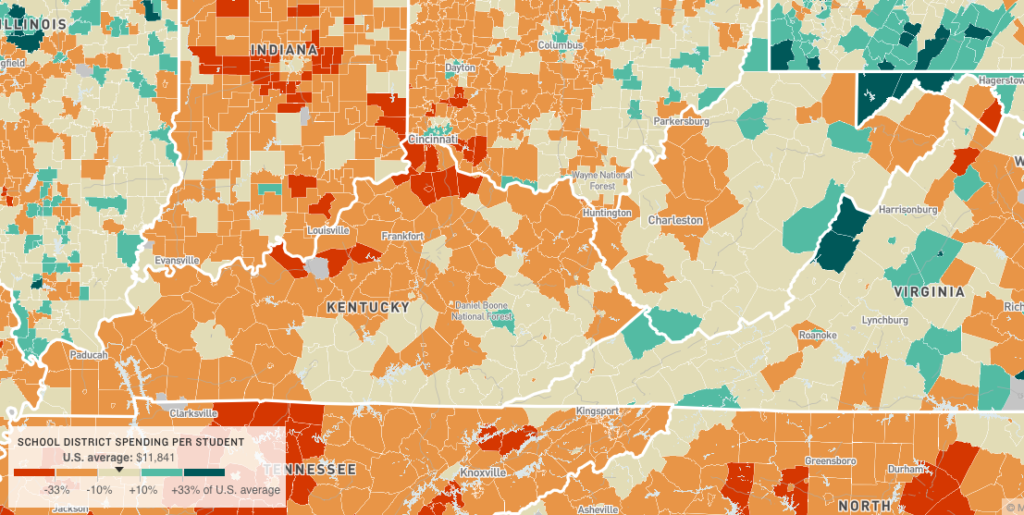 On average, schools in Kentucky receive nearly $1,300 less per student than school districts in the rest of the country according to a NPR data analysis of 2013 fiscal year federal data. Explore their interactive map here.

“The lawsuit was decided in our favor, and that equalized the funding for education tremendously,” Cornett said.

The 1989 Kentucky Supreme Court decision in Rose v. Council for Better Education led the legislature to pass the Kentucky Educational Reform Act in 1990. According to Cornett, that roughly doubled the amount of state funding coming into Letcher County, where he still lives today.

But critics say that while the law made great improvements possible, it did not adequately address some of the underlying problems in funding rural schools.

Brigitte Blom Ramsey directs the Prichard Committee for Academic Excellence, a nonprofit that’s been advocating for Kentucky schools since the early 80’s and also played a major role in bringing about the change in how Kentucky schools get funding. 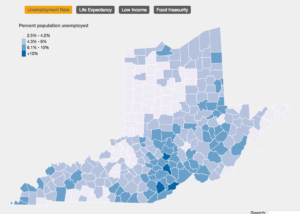 Ramsey said the changes stemming from the 1990 law were the last significant increases Kentucky made in its investment in schools. When spending doesn’t keep up with inflation and rising costs, she said, schools end up having to look elsewhere for funding.

“School districts are having to increase local taxes,” she said. “But in low-wealth districts like eastern Kentucky, the resources are not there.”

Eastern Kentucky has long been one of the poorer regions of Kentucky (and the country). The funding problems have been compounded in recent years by the decline in the region’s dominant coal industry. A large part of the local government revenue came from a tax on mineral wealth. The assessed value of coal has declined drastically, and that’s put an extra squeeze on the budget of many coalfield school districts.

Ramsey said different versions of this same problem play out in poor, rural counties across the country.

“If the state relies on local districts to primarily support education, we’re going to continue to leave too many students in rural America behind,” she said.

Ramsey singled out Floyd County, home to the prize-winning engineering team, as an example of what’s possible when schools are adequately funded.

“Floyd County at one time was possibly going to be taken over by the state for poor outcomes. And they are now one of the top performing districts in Kentucky,” she said. “With high expectations and the right support, students can achieve at the highest levels.” 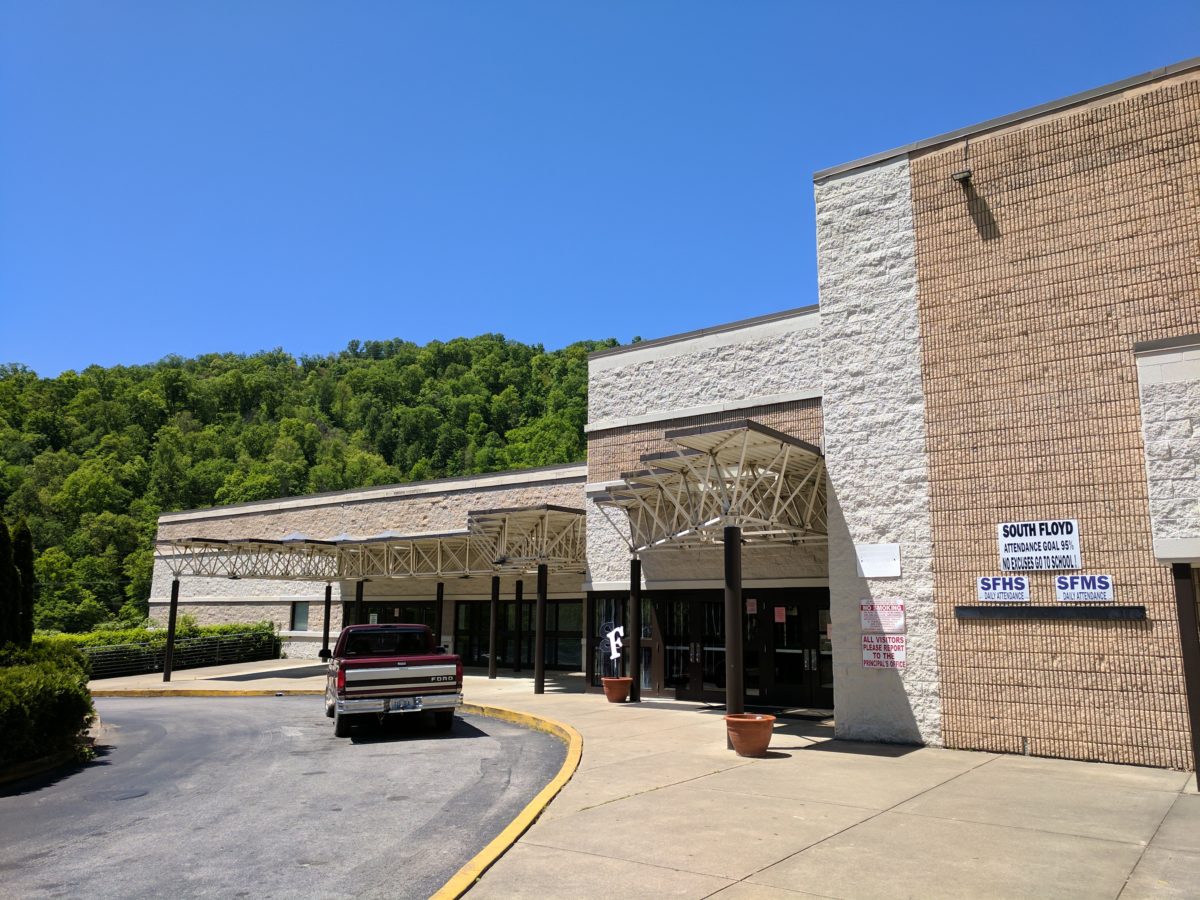 Floyd County and other eastern Kentucky school systems will benefit from the Education Dept. grant.

Eventually, however, he said the question of equitable education funding is one we will have to solve.

“Otherwise,” he warned, “the old saw about the rich getting richer and poor getting poorer kicks in.”

This series is supported by the Solutions Journalism Network.