Deep In Gun Country, Students Speak Out On Gun Violence

Gun culture runs deep in much of the Ohio Valley, where hunting is a revered tradition and the majority of state lawmakers in Kentucky, Ohio, and West Virginia boast “A” ratings from the National Rifle Association.

But even here the growing national student activism on gun safety is taking hold in the wake of recent school shootings. With some three dozen events in the region coinciding with the national March For Our Lives protest, more students from the region are deciding to speak out. 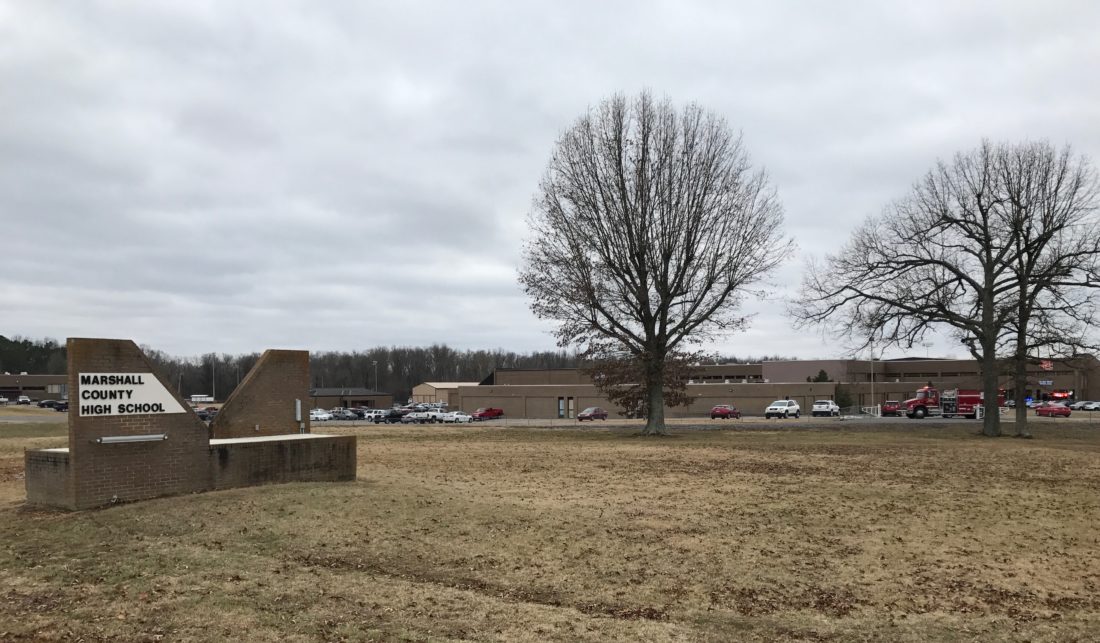 The Ohio Valley ReSource sampled some student viewpoints from around the region.

For two of these students, the issue became highly personal in January when their school, Marshall County High in west Kentucky, was added to the long list of school shootings. A fellow student is charged in the shooting that took the lives of two teens and left more than a dozen others injured. Seth Adams, 15, and Lela Free, 14, see their activism as part of a healing process and a much-needed community conversation. 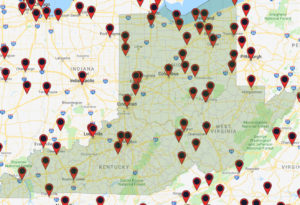 Morgan Smith, 17, from Sherman High School in Boone County, West Virginia, loves her guns and her hunting traditions, but says she should be able to attend school free from fear of shootings.

Here, in their own words, are their thoughts on activism, gun control, and making schools safer.

Lela Free: I will be participating in the March For Our Lives event because I feel like it’s a very important thing for our community. This march is not to bring divisiveness into our community. It’s really to bring awareness to the culture change that we need in the United States and in our county as well. For me, it’s going to bring some peace.

I don’t want to take away anyone’s guns. That’s not what we want to do at the rally. That’s not we wanted, that’s not what we wanna do here. A lot of people have accused Parkland survivors of just trying to push an agenda, that what they’re doing is just backed by the Democratic Party. Yes, some might have the same views as the Democrats, but they just want to be safe at school. I just want to be safe at school. Everyone does. And we know we need that because if we don’t have that stability in our minds, how can we ever learn anything? 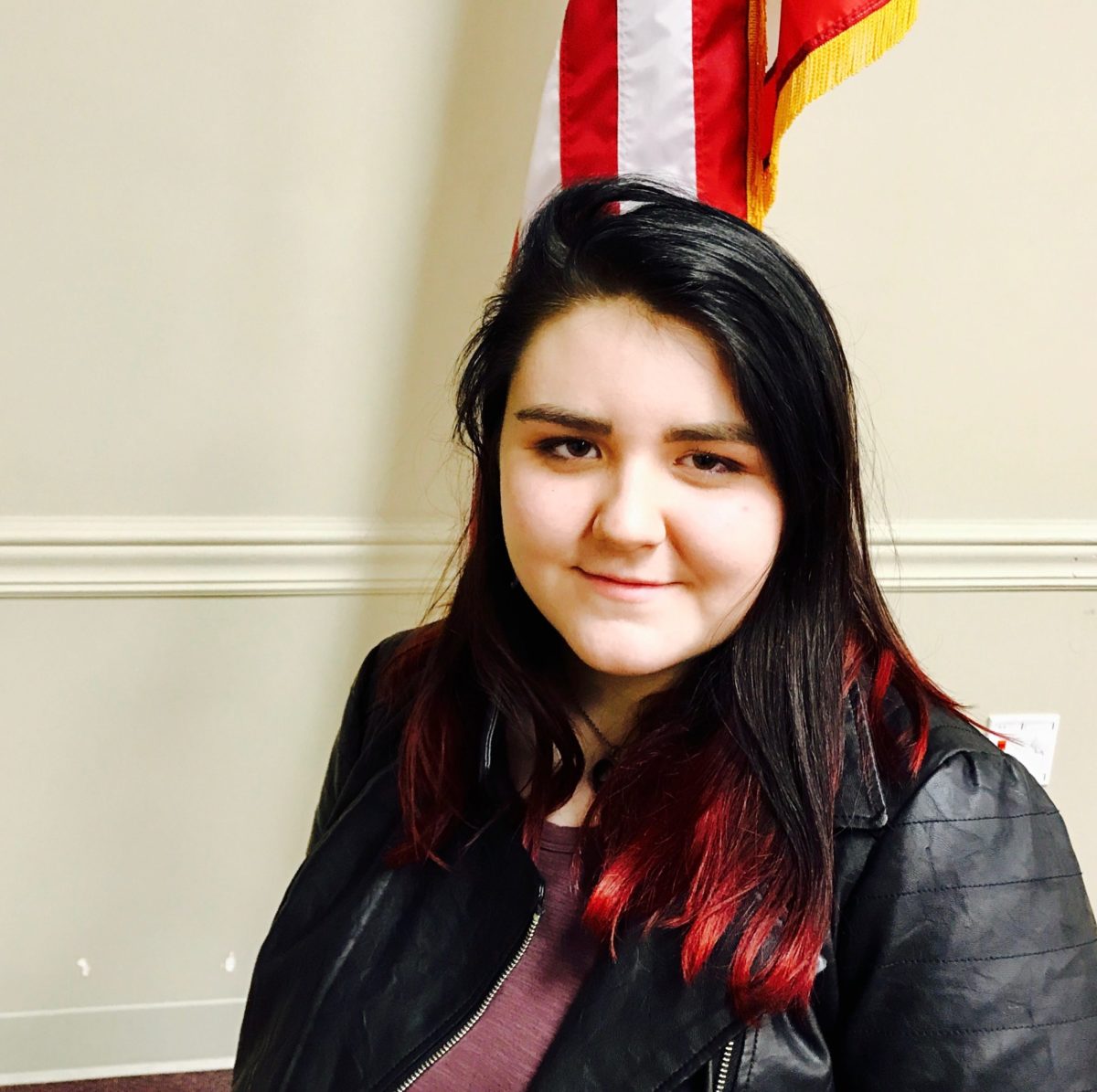 Seth Adams: To me, it’s just kind of a healing process. Just getting together with these people, putting together ideas, writing the speech, just coming together and being productive and doing this thing – no matter what it is – it feels like we’re returning to normalcy. And there’s a sense of unity.

At my own school in my community, my friends have discouraged me from protesting. They say it wouldn’t do anything. I think that sort of culture, that anti anti-protest sentiment is something that needs to be mended in this community, and in this part of the country. People hear about the protesters that disagree with your political views and they hide and try to shelter themselves in ways that I think are unhealthy.

Patrick Duffy: I will not be attending the March For Our Lives event. For me, the march is about gun control. It’s being pushed as a march to honor the lives of the victims of Parkland. But the real message is gun control.

I feel like I wouldn’t be allowed to participate in it. A few days ago when all the schools had the walkouts, a couple conservatives came with signs saying “I support the Second Amendment” and they were actually asked to leave. So there’s definitely one message, one central message, being pushed, and it is gun control. 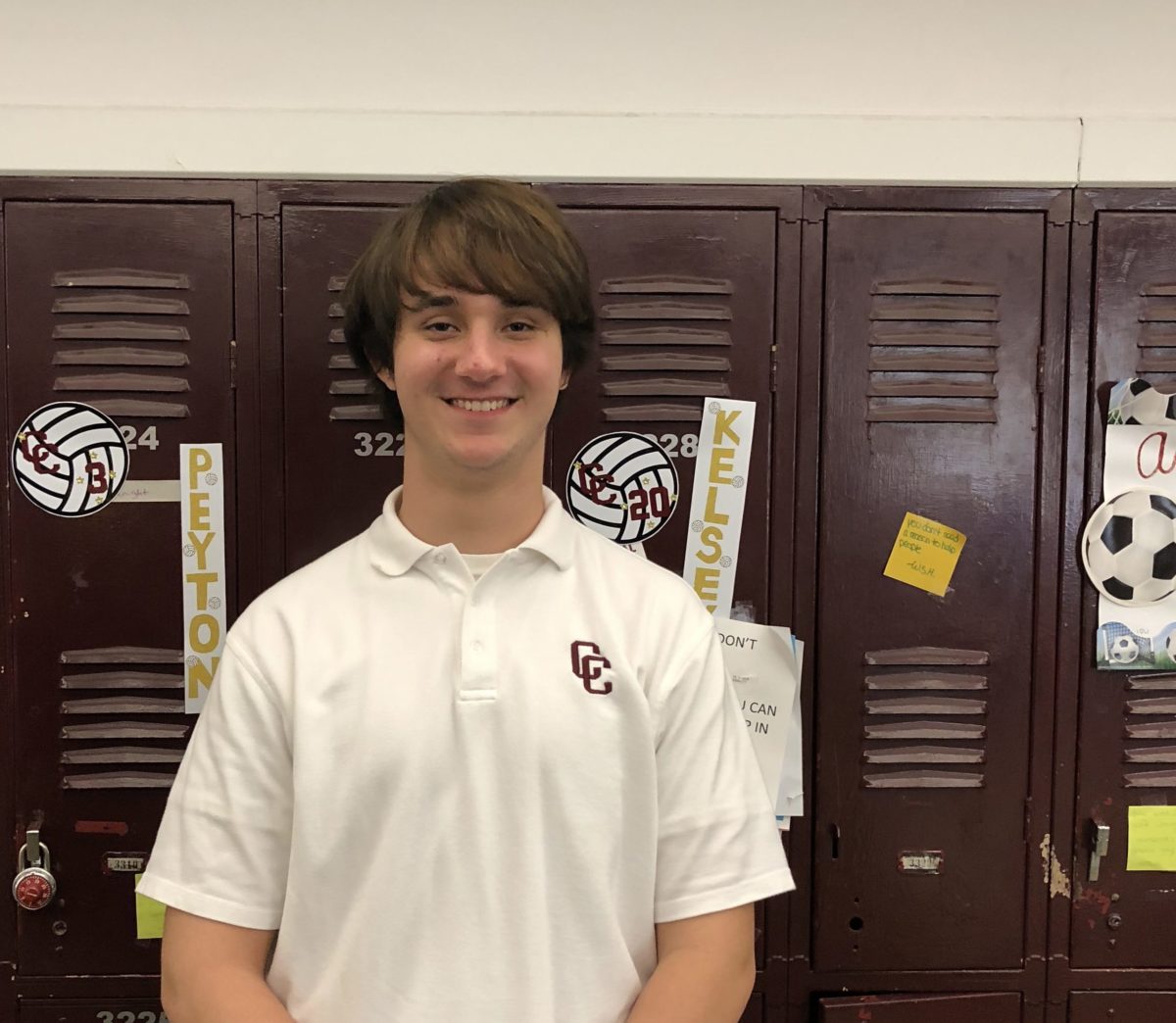 Lela Free: Do I feel safe at school? This one’s a little bit tricky, especially with what happened at my school. I do feel safe when I’m in class. When I’m around a large group of people, not particularly. In the mornings especially, I don’t feel safe because we stand in long lines to get our bags checked.

Seth Adams: We did use [school shooting lock-down drills] during the shooting. We came into the room and closed the door, the door was locked, turned off lights, filed into the corner and stayed quiet. I’ve been doing [lock-down drills] basically ever since I’ve been in school. It just feels like normal, every day. We do that sometimes. We sit in the corner in the dark and be quiet and I think that was one of the more surreal parts – the routine being actually applied to a real-life situation. 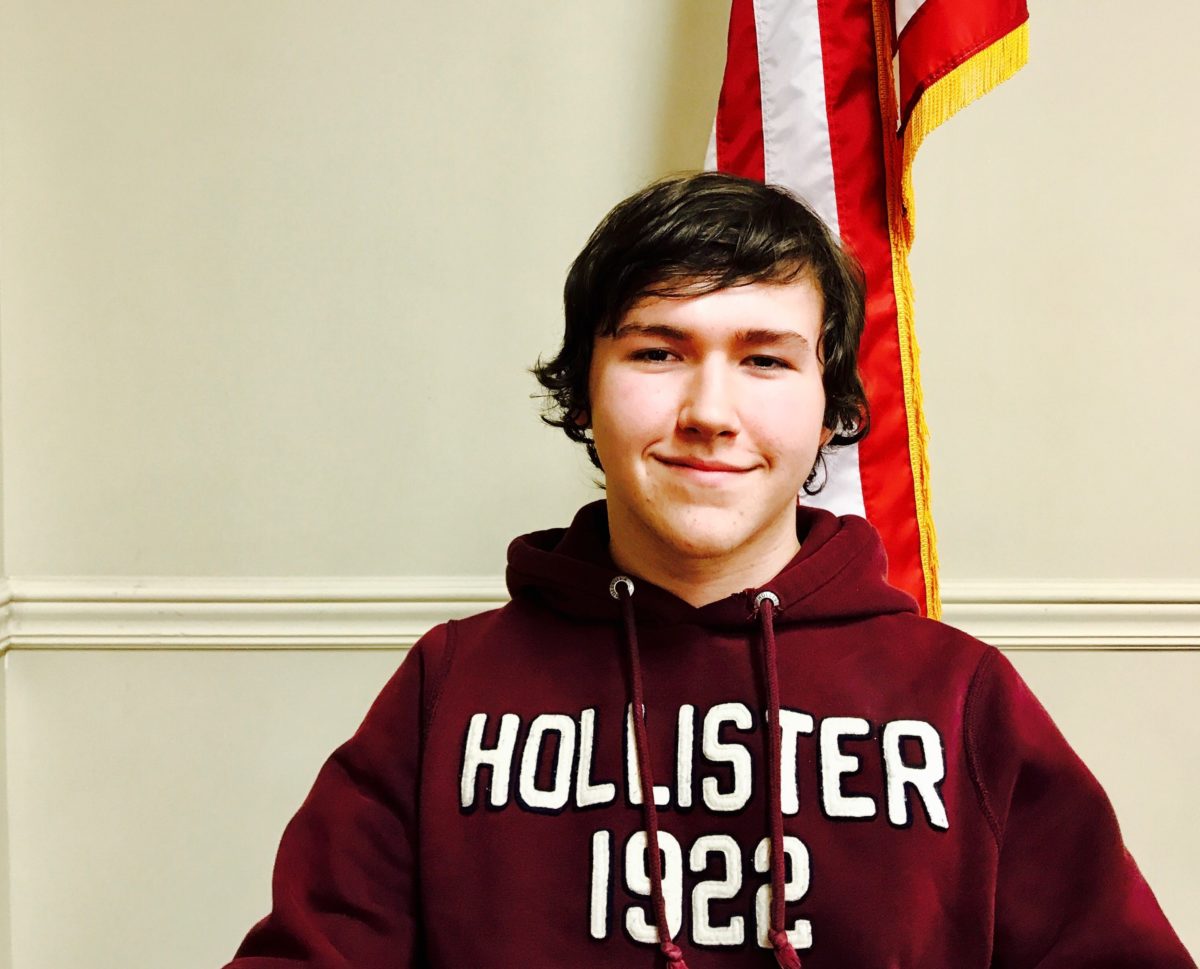 Marshall County H.S. student Seth Adams hopes the activism will help return a sense of normalcy to his school.

Lela Free:  What would make me feel safe? I don’t really think anything ever can make me feel the way I did before.

Patrick Duffy: I definitely feel very safe in my school. I actually would feel perfectly comfortable with teachers having concealed carries, if they’re properly trained and certified then I feel confident in their abilities and safe in their company.

Seth Adams: I think that there should be gun storage laws. There should be punishments incurred if your firearm is easily accessible and something is to happen with it.

Patrick Duffy: What I feel is important is for law enforcement to actually enforce laws. Also, I feel fine with restrictions on guns that prevent them from being fully automatic, such as bump stocks like we saw in the Las Vegas massacre.

Lela Free: I want our politicians to stop taking money from the NRA. I want people to lock up their guns correctly and I don’t want to take away anyone’s guns. That’s not what we want. We just want safe gun protection and we also want safe storage and that’s what we’re mainly advocating for. 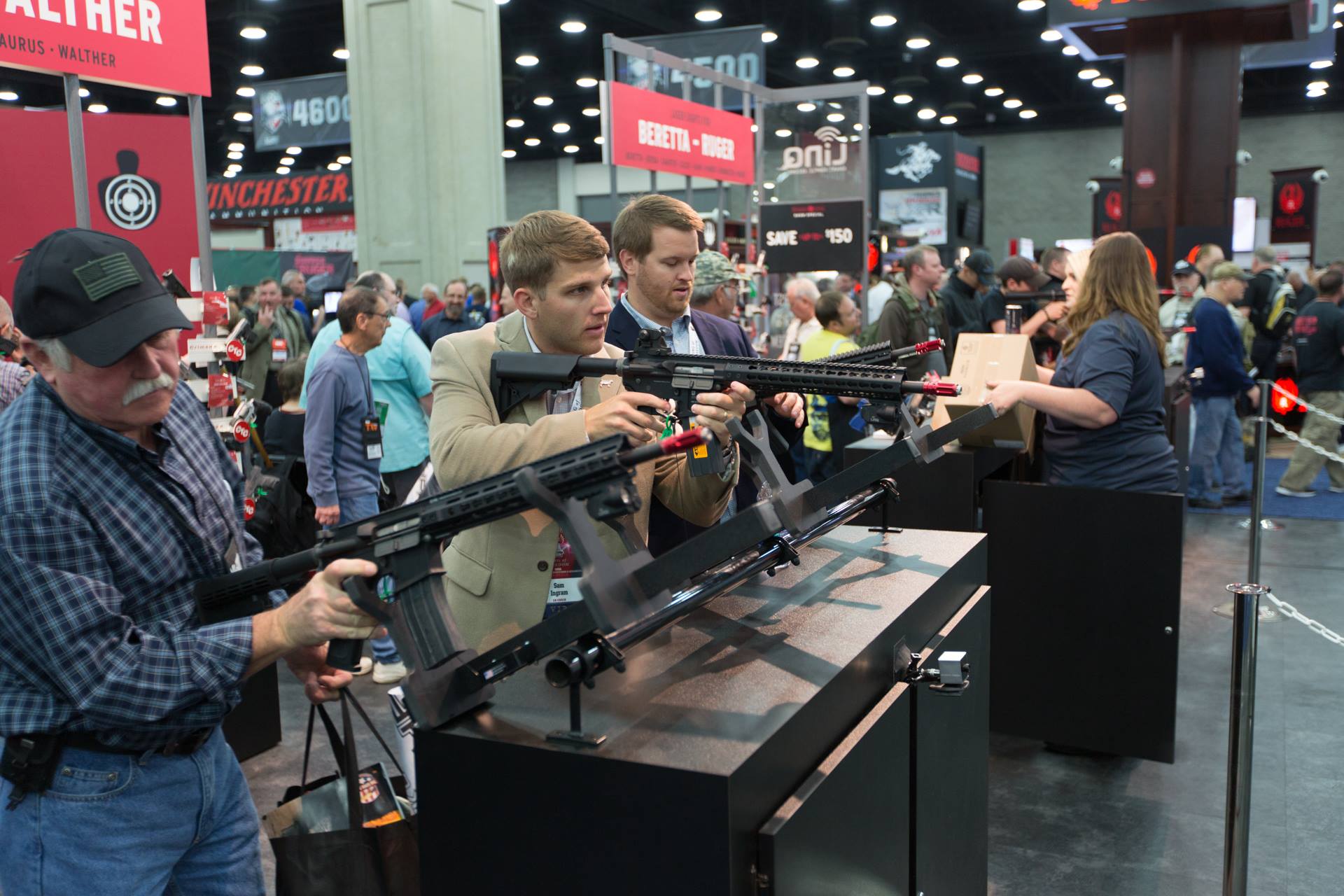 Gun enthusiasts at the 2016 NRA convention in Louisville.

Morgan Smith: If you’re walking at Walmart with a gun on your side, I see nothing wrong with that. It’s for self defense if something does go wrong because how crazy of a world we live in. Don’t get me wrong, I’m pro-guns. I hunt on a regular basis and my family owns a lot of guns. But there are certain types of guns which I don’t think belong in anyone’s houses. And here you can pretty much legally get any type of weapon.

Lela Free: Everyone’s thoughts and prayers are so beautiful and I really appreciate them, but it’s not action. We need action. We need change. We need different things than what we’re doing right now.

These interviews were edited for length and comments organized by topic.