The Appalachian coalfields are in the midst of an epidemic of severe black lung disease. The debilitating and even deadly disease has recently begun to affect miners as young as 30. Dust from coal mines has scarred these miners’ lungs, so little of the air they breathe gets absorbed. In central Appalachia, researchers say, one in every five experienced miners have some form of impairment, and one in every 20 now have the most advanced and disabling form of black lung.

A new study shows that as black lung cases have surged there has also been a dramatic increase in one very expensive and risky surgical treatment — lung transplant. A new set of lungs can make it easier to breathe again, but the surgery introduces a whole new set of medical issues. Most transplant recipients die within 5 years.

The lung transplant study was conducted by a team of researchers from the National Institute for Occupational Safety and Health (NIOSH), and published in the American Journal of Industrial Medicine. The same team of researchers had recently confirmed that central Appalachia’s current spike in late-stage black lung disease, known as Progressive Massive Fibrosis, is the largest cluster of the condition ever recorded.

The new study found that 62 black lung patients had lung transplant surgery over the past two decades, and most of the miners lived in Kentucky, Virginia, and West Virginia. 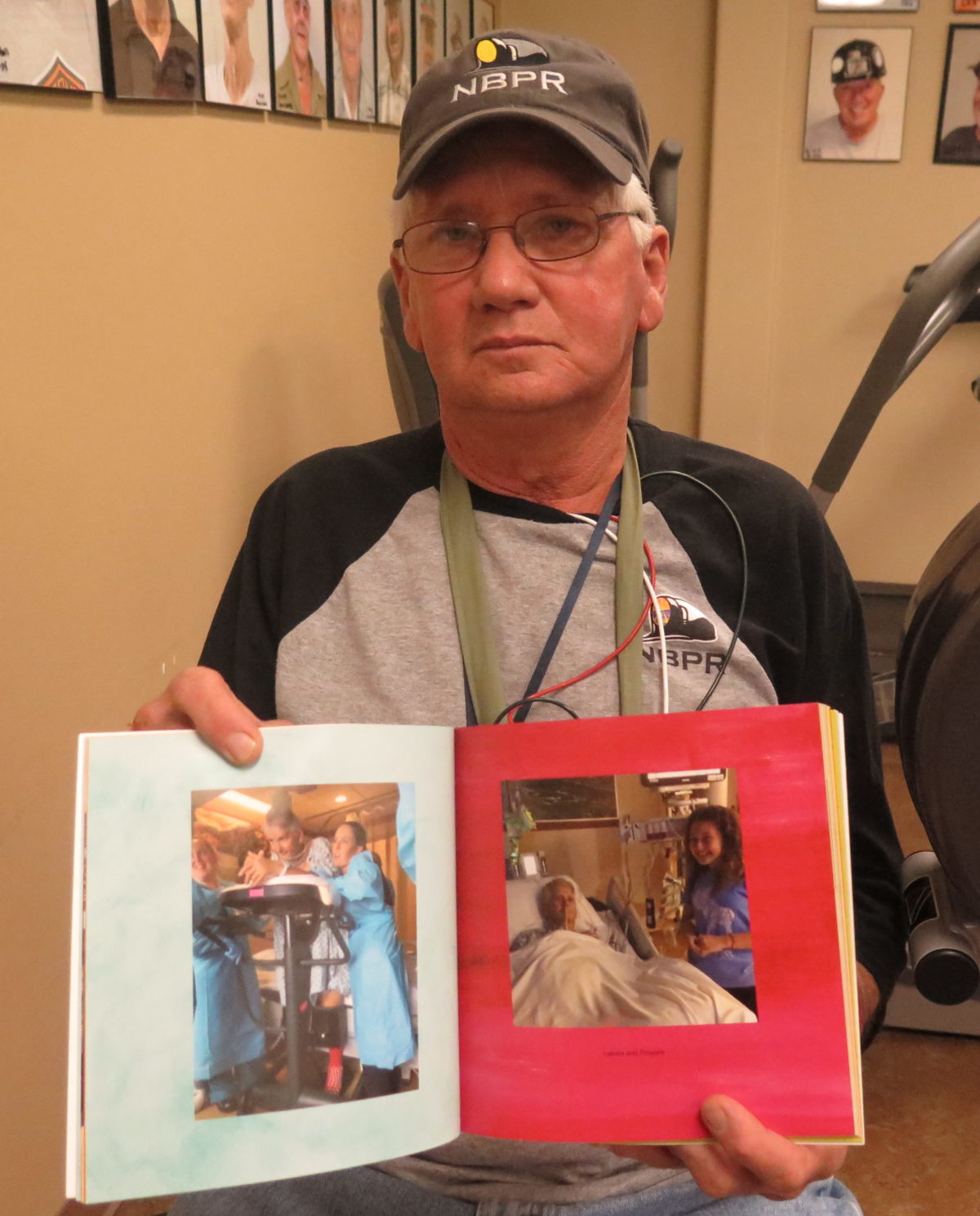 Jerry Helton shows a scrapbook of photos from his surgery.

One such miner is Jerry Helton. In 2016, doctors told him he had 6 months to live if he didn’t get a new set of lungs. He got on a list and was soon approved for a double lung transplant.

The procedure is difficult and risky. It’s usually done by two surgeons, and can take many hours. Helton’s surgery took longer than expected, leading to significant blood loss and serious complications. 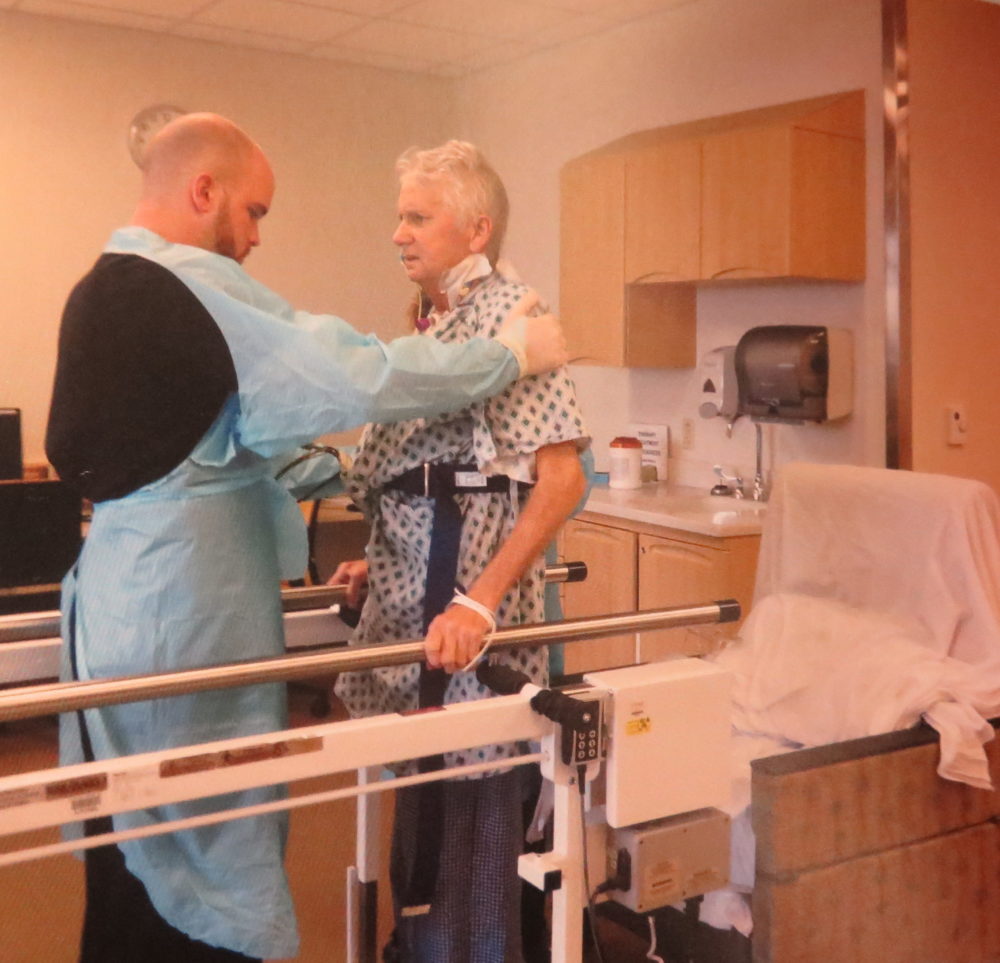 Jerry Helton during his rehabilitation from surgery.

“I went into a coma,” Helton recalled. “They kept me on 21 different machines for three weeks.”

When Helton woke up he’d lost control of muscles. He couldn’t even lift his head. Helton has since mostly recovered. He’s back to walking, and thanks to his new lungs, he can even breathe again.

Helton had filed for, and won, his black lung benefits. That meant that his former employer had to pay for the procedure, which often costs more than $1 million.

“I don’t think there is any transplant that is more expensive than a double lung transplant,” Dr. Jeremiah Hayanga said. Hayanga is a surgeon who has performed dozens of lung transplants. He is working to launch a lung transplant program at West Virginia University, which would be the state’s first.

David Blackley, a NIOSH researcher and the study’s lead author, said the findings show a growing need for lung transplants.

“In the last decade the rate of lung transplants for patients with black lung increased nearly threefold,” Blackley said. “That suggested pretty strongly to us that this is a problem that’s getting worse.”

The study also found that more than two dozen patients were placed on a wait list for transplants. Of those, 11 died while waiting.

The study also looked into who paid for lung transplants. Almost two-thirds were paid for with public insurance, including 26 percent paid for by Medicare and up to 24 percent paid for by the federal Black Lung Disability Trust Fund. That fund has paid more than $45 billion to cover benefits for miners who can’t seek benefits from their employer, because the responsible company has either gone bankrupt or can’t be identified.

Insurance from coal companies and other private sources covered about a third of the transplant costs. A federal study is looking at how long the Black Lung Fund can remain solvent in the face of this rising epidemic.

David Blackley said what sets the black lung epidemic apart, and makes it especially tragic, is that the way to prevent the disease has long been common knowledge.

Blackley said he has some hope that recent updates to dust rules for coal mines could help. If coal mines followed federal safety standards and reduced the amount of dust that coal miners are exposed to, there would be no black lung epidemic.

Kentucky radiologist Dr. James Brandon Crum comes from a coal mining family, and worked in the mines himself for a few years before he became a doctor. Speaking with Blackley and his team at a recent black lung conference in Wise, Virginia, Crum noted that coal mining always creates dust. Dust-control methods often come with a trade-off — they slow the mining process down, which cuts into companies’ margins.

“To try to find a balance between how much you produce and the health of the workforce is the problem,” Crum said, “and that’s a very difficult thing to do.”

Crum, Blackley, and other experts say that dust levels in Appalachian coal mines have become more dangerous because of the way that coal mining has been mechanized, and because the thickest and purest coal seams have long ago been extracted. Today, continuous miners and other modern machines often cut as much rock as coal. Much of that rock is silica-rich sandstone, which makes a kind of dust that’s much more toxic than coal dust alone.

Many miners say they don’t have leverage to ask for better conditions, because they and their bosses know that they could easily be replaced with any of the region’s many unemployed miners. Miners say that’s especially true in non-union mines, which have become the norm across central Appalachia.

Crum said that he’s starting to see other regions adopting the practices that he thinks have led to the surge in black lung cases in central Appalachia.

“They’re changing their seams, they’re changing how they mine,” he said. “So the rest of the United States, it won’t be long until they follow suit.”