Anti-poverty activists say they will continue a campaign of demonstrations and civil disobedience throughout the Ohio Valley despite arrests at some events and being blocked from Kentucky’s capitol building.

The Poor People’s Campaign has rallied in Kentucky, Ohio and West Virginia and campaign leaders returned to Kentucky Wednesday after the group was denied access at earlier demonstrations.

North Carolina minister and activist Rev. William Barber is one of the group’s leaders reviving Dr. Martin Luther King’s last effort before he was killed, the Poor People’s Campaign.

“The movement never stopped, it was assassinated two ways, physically and politically,” Barber said outside the Kentucky capitol in Frankfort. 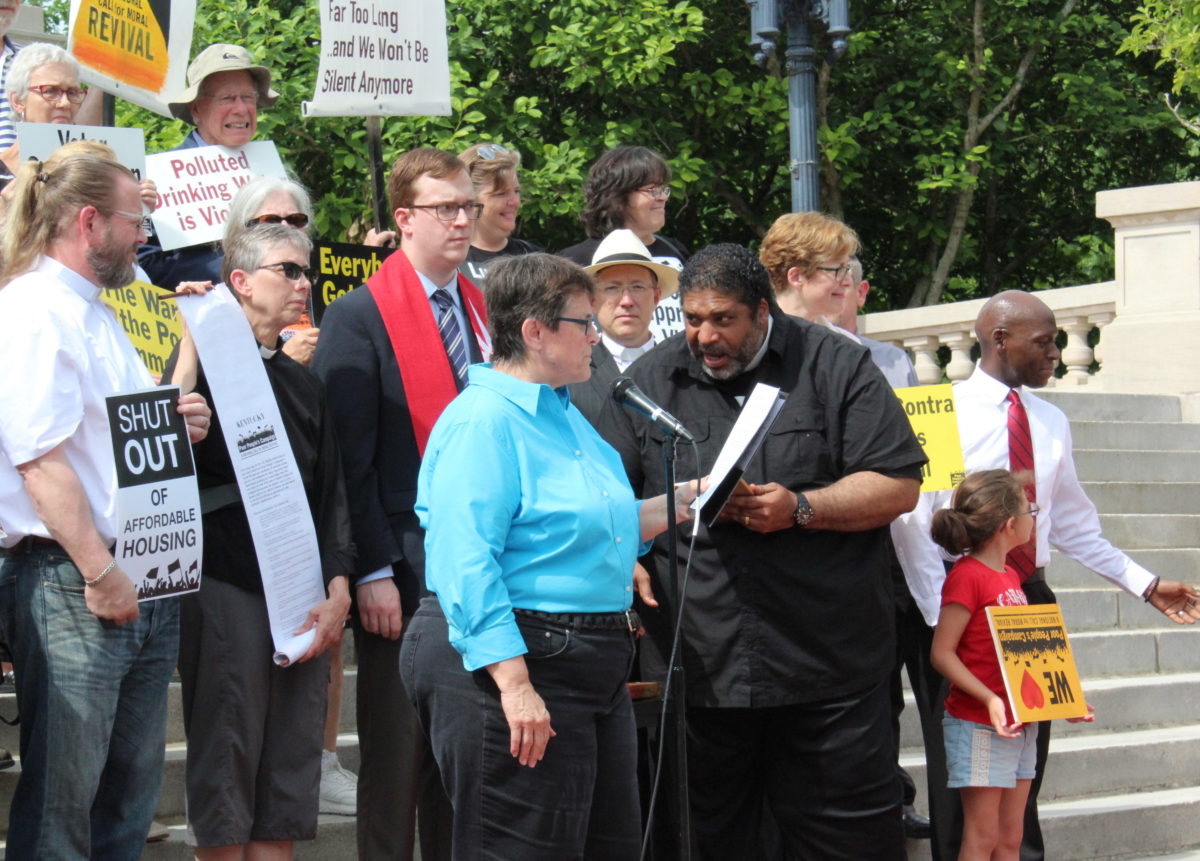 Barber said the new Poor People’s Campaign also draws on the legacy of the war on poverty, which brought Lyndon Johnson and Robert Kennedy to eastern Kentucky and other impoverished Appalachian communities more than 50 years ago.

“Over the years we’ve found out really the concerns over Appalachian populism and civil rights activism are the same thing, and basically that’s treat people right,” Barber said.

A central part of the new campaign is to show how racial divisions have kept poor people from working together to address common problems. Meanwhile, Barber said, poverty has dropped from the nation’s political debate even as income inequality has increased since King, Kennedy and others waged poverty campaigns.

“So this campaign in some way picks up that legacy because we didn’t lose the war on poverty, we left the field,” Barber said.

A new report from the United Nations focused on the 40 million Americans living in poverty. The UN report found Americans live shorter, sicker lives than do citizens of all other rich democracies, and that the U.S. has the greatest income inequality.

The Poor People’s Campaign aims to draw attention to American poverty by grooming leaders from many walks of life.

“It’s really inspiring I think now to see us widen the leadership,” said Kentucky local organizer Rev. Megan Huston, pastor of First Christian Church in Bowling Green. “When Dr. King was doing this work in ‘68 his assassination was really devastating to the movement.”

Huston said each state has three chairs who help to lead the movement on a local level.

“The new Poor People’s Campaign talks about poverty, racism, militarism, and we also are talking about ecological devastation, because we think that’s the greatest threat to our national security,” she said. “So it is deeply rooted in the legacy that Rev. King left for us.” 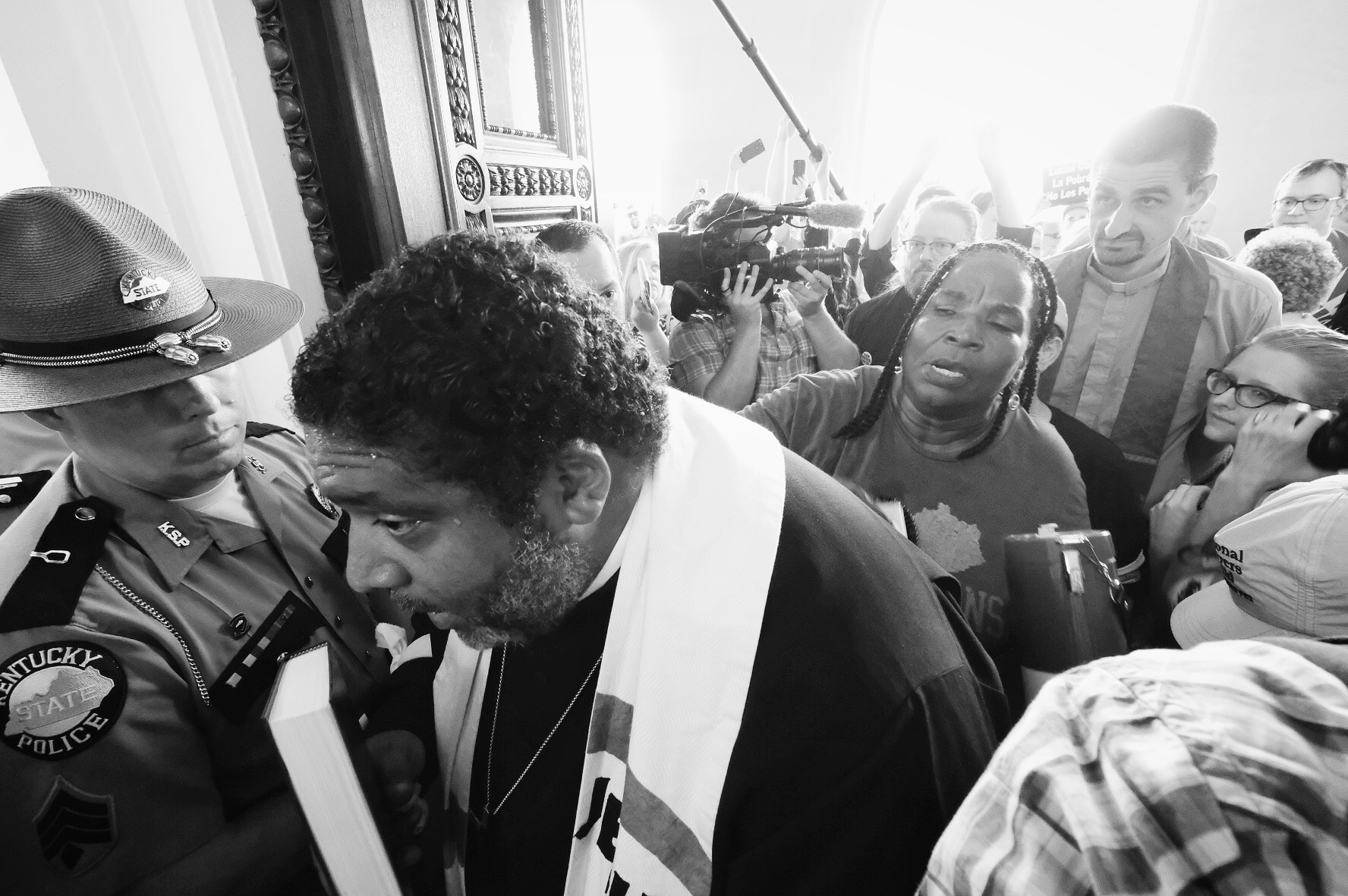 “Rough At The Face”

Retired Kentucky coal miner Stanley Sturgill has joined the campaign. Sturgill, from Harlan County, was a union member when he worked in the mines. Today, he said, there are no union miners left working in his state. He said laws that weaken unions, remove worker protections and keep wages low need to be addressed as part of the campaign against poverty.

“We have an administration right now in place that is doing everything they can to set us back,” Sturgill told lawmakers at a forum Tuesday in Washington D.C.

Nearly 400 people joined Rev. Huston Monday for the campaign’s fifth rally in Frankfort. Demonstrators were again denied access to the capitol as a group but were instead allowed to enter only two at a time.

“Imagine what will happen in Kentucky when all those people come together. Change is going to happen. That’s why they’re blocking us out of the capitol!” Huston said. “They know they can’t stop the power of that.”