President Donald Trump’s desire to help boost the Ohio Valley’s energy industry and bring back mining jobs could be stymied by the administration’s escalating trade battle with China and other trading partners across the globe.

Shortly after China’s announcement that it would respond in kind, the White House pledged to impose even more tariffs on an additional $200 billion worth of Chinese goods, escalating fears that the two countries will become locked in a full trade war.

Experts say escalating tensions could dampen the growth of metallurgical or “met” coal exports from Appalachia and have a major impact on planned Chinese investment in the region’s natural gas industry. 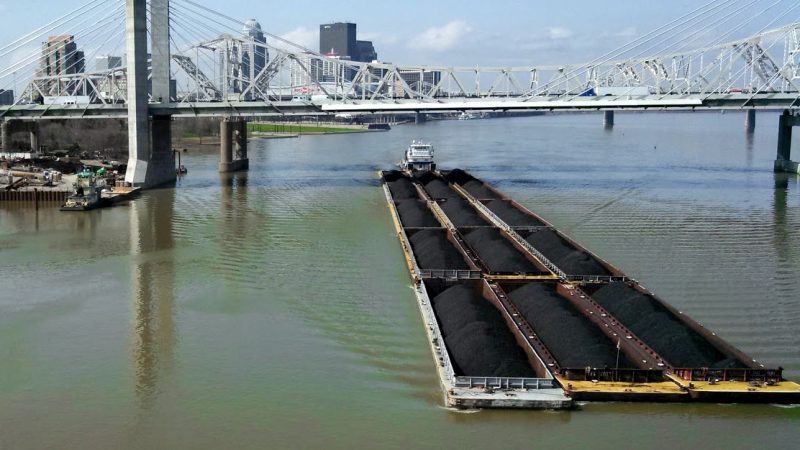 A coal barge on the Ohio in Louisville.

Metallurgical coal has been a rare bright spot for the mining industry. Production of thermal coal in Appalachia — the type of coal burned to make electricity — is extremely unlikely to rebound because of low natural gas prices, the rise of renewable energy and lower-cost coal options  produced in the Powder River Basin region of Wyoming and Montana, said John Deskins, director of West Virginia University’s Bureau of Business and Economic Research. Since 2008, annual coal production in West Virginia alone has dropped by nearly half, from almost 158 million short tons in 2008 to 80 million short tons in 2016.

But production of metallurgical coal, or met coal, has remained relatively stable.

“All the losses that we’ve seen in recent years have come from thermal coal production,” Deskins said. “The stable part that we have going forward, the part that we can count on, is the met coal.” 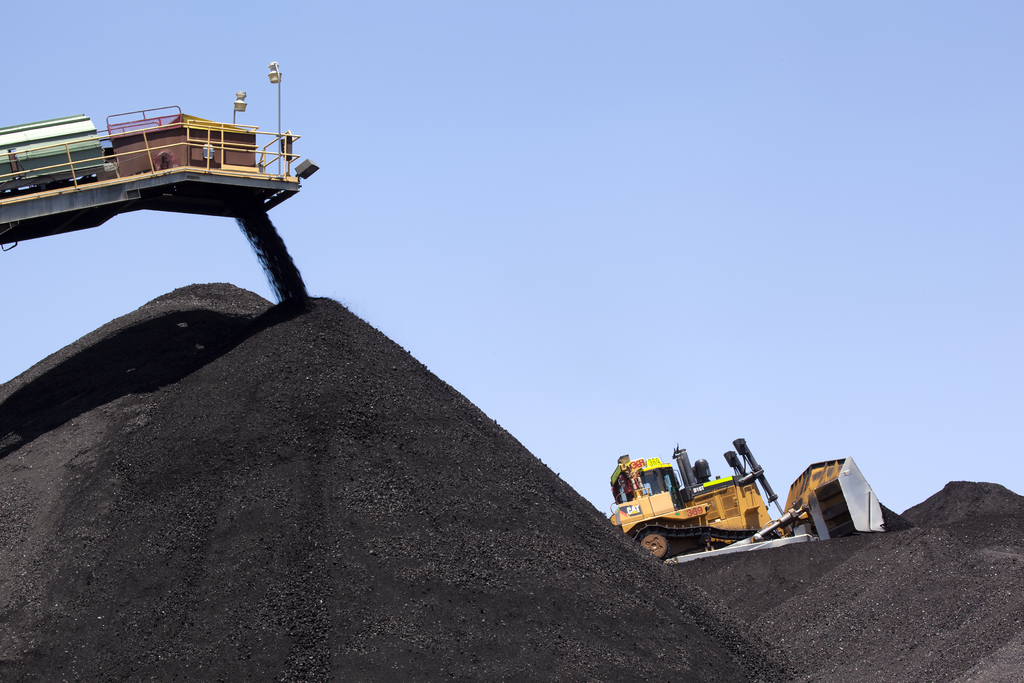 In 2016, metallurgical coal production ticked upward in Appalachia, in part because the global price of met coal increased due to weather-related issues in Australia, China’s biggest supplier of met coal. Higher prices made Appalachian met coal more competitive. As a result, China has been importing more steel coal from West Virginia and other Ohio Valley producers.

“We sent 3.2 million tons to China last year. Before that we sent less than a million tons,” said Taylor Kuykendall, a coal reporter for S&P Global Market Intelligence.

Kuykendall said in the grand scheme of China’s $22 billion demand for coal, what it gets from West Virginia and other Appalachian states isn’t huge. But it is growing, and perhaps more importantly, it could grow more. Importing more U.S. coal is one way Chinese officials could reduce the Chinese-American trade deficit.

“Their government can order producers and metallurgical coal consumers to buy more U.S. coal and they can do the same thing with thermal coal and we were starting to see evidence that they were doing that,” he said.

For example, an executive for Pennsylvania-based Consol Energy, said recently that Chinese officials expressed “immediate” interest in a new 1 million ton coal contract. The West Virginia Coal Association in May said China had approached them with interest in an additional 7 to 8 million tons of met coal from West Virginia.

However, as trade tensions have mounted, some Chinese traders have expressed relief they no longer have to seek out more expensive U.S. coal imports as a result of rising tensions, according to reporting by Reuters.

“These kind of back and forth on tariffs maybe haven’t quite ruined that opportunity yet, but it seems like it has at least slowed it down or created enough threat of a concern that people are kind of backing off on some of those deals,” Kuykendall said.

Deskins, at WVU, expressed a more dire concern, especially for West Virginia, which is the country’s largest producer of metallurgical coal. He said it’s not just retaliatory tariffs from China that could hurt the region’s coal production. Europe, Canada and Brazil are big importers of West Virginian coal — countries that have also threatened to impose retaliatory tariffs as trade war talk escalates.

“I think the retaliatory tariffs could really damage West Virginia coal exports,” he said. “To be very frank, I think we need to be really concerned about a trade war that could spring up because I think it could really hurt the West Virginia economy.” 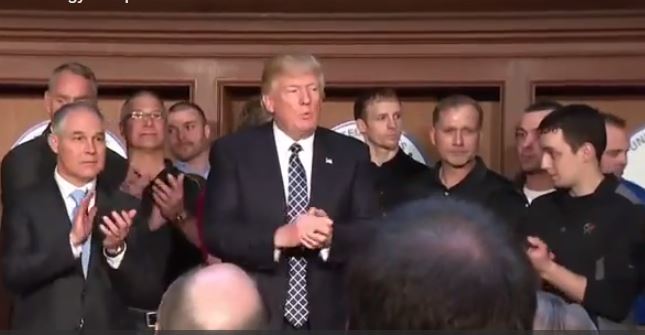 It’s not just the coal industry that could suffer. An $84 billion planned regional investment from China’s largest energy company has slowed, at least temporarily, due to Trump’s tough talk on Chinese trade.

Last year, China’s largest partially state-owned energy company, China Energy, signed a nearly $84 billion MOU with the state of West Virginia to build a series of facilities that would process natural gas liquids and its byproducts.

Natural gas liquids are full of things like ethane, propane and butane, chemicals that are the backbone for the petrochemical industry. State officials in Ohio, Pennsylvania and West Virginia hope an investment in a storage and trading hub, as well as pipeline infrastructure, will lure big players in the petrochemical industry to the Ohio Valley and help the region become the next “petrochemical hub,” or plastics production mega-center of the U.S.

“There’s so much of these natural gas liquids being produced in the Appalachian Basin that there is a tremendous oversupply,” said Brian Anderson, head of WVU’s Energy Institute.

“China Energy has a tremendous interest in investment in the petrochemical sector in Appalachia,” Anderson said. “Their interest is fitting in within that supply chain.”

For the last few months, Anderson has been out with China Energy representatives dozens of times, scouting for locations to begin building projects. Last month, officials were supposed to stand with him at the Northeast U.S. Petrochemical Construction Conference in Pittsburgh to announce the first set of projects.

Instead, he stood alone. The reason: Trump’s tough trade talk with China.

“It’s a government-owned company in China, a state-owned enterprise that is part of that political structure and with the bilateral tensions between the U.S. and China, for the executive level officials from China Energy it was not an appropriate time for them to come for an official visit,” Anderson said.

He added he is confident the deal is still on, but don’t expect to hear any big announcements until tensions between Trump and China have cooled.

Trump’s tariffs are affecting the region’s natural gas industry in another way. A 25 percent tariff on imported steel and aluminum is in some cases driving up the costs of the materials used to make natural gas pipelines and other infrastructure. That, in turn, drives down the return on investment in natural gas infrastructure.

“The actual economics of the project can be affected through the enacting of certain tariffs, and a steel tariff does in fact change the economics of constructing $83 billion worth of facilities,” Anderson said, referencing China Energy’s investment. “So, those economics are factored into the decision making when it comes to the final investment decision, and that’s one that is a pretty straightforward calculation.”