An Ohio-based collaborative thinks journalists can play a bigger role in solving the region’s opioid crisis. The effort starts with listening to people in some of the hardest-hit communities.

A group of about 50 people gathered in a small building at the fairgrounds in Marietta, Ohio, to share their thoughts on the region’s opioid crisis with local journalists.

Some have studied addiction for years. Others have only experienced it through a loved one. And some, like Washington County resident Jackson Patterson, have seen both sides of the epidemic. 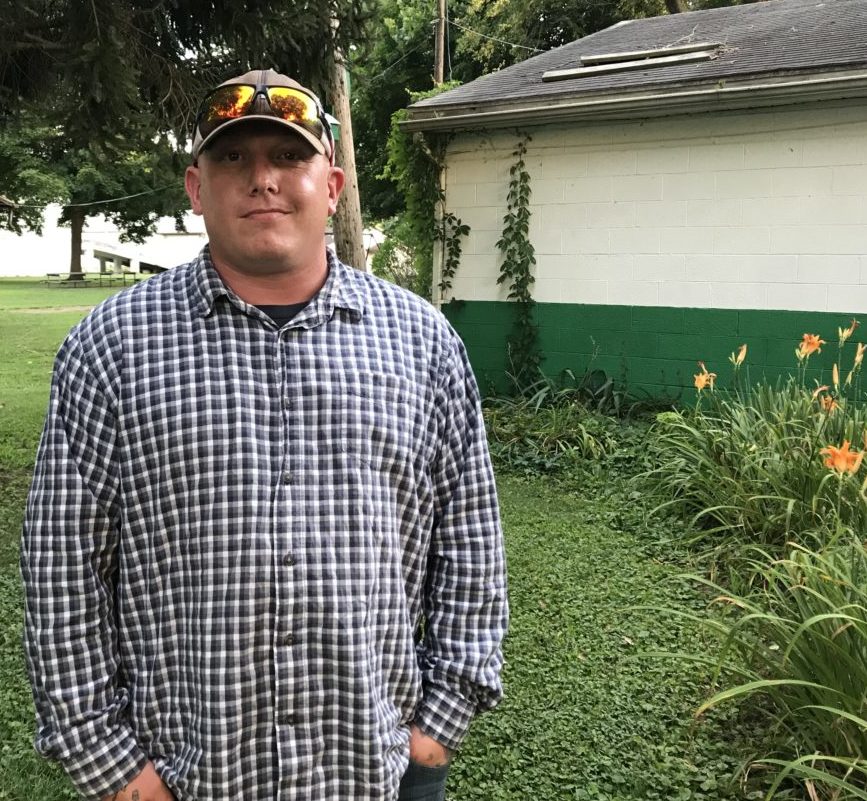 He shared with the group how he found himself caught up in addiction.

“From selling drugs to using drugs, it kind of blended in together,” Patterson said. “At first I wasn’t addicted to the drugs, I was addicted to the fast money. But then I surrounded myself with other users and I could see myself using more than selling.”

He’s proud to have left that life behind. And today he works to keep kids from falling prey to addiction with M.O.V. Rebound For Kids, a summer activity program he founded.

Patterson believes prevention programs are part of the solution to the opioid epidemic. And he’s glad local journalists are willing to engage the community like this.

“I think we’re moving forward instead of just talking about it,” he said.

Journalists from news outlets from across Ohio have played host to meetings all over the state to hear what people like Patterson have to offer.

Your Voice Ohio project Director Doug Oplinger believes journalists should work together and with their community to promote solutions to the opioid crisis.

The project was founded on the idea that journalists need to build back trust with their neighbors.

Your Voice Ohio director Doug Oplinger at a community meeting on the opioid crisis.

“They just need to know how they can get good answers,” Oplinger said. “And this is causing journalists to rethink how they package news and how they interact with people.”

Participants at each meeting were asked the same three questions:

What are the causes of addiction?

What are the solutions?

The project’s most recent meetings in Parkersburg, West Virginia, and Belpre and Marietta, Ohio, produced a range of solutions: Treat addiction as a disease, create affordable treatment options, and offer more prevention programs. 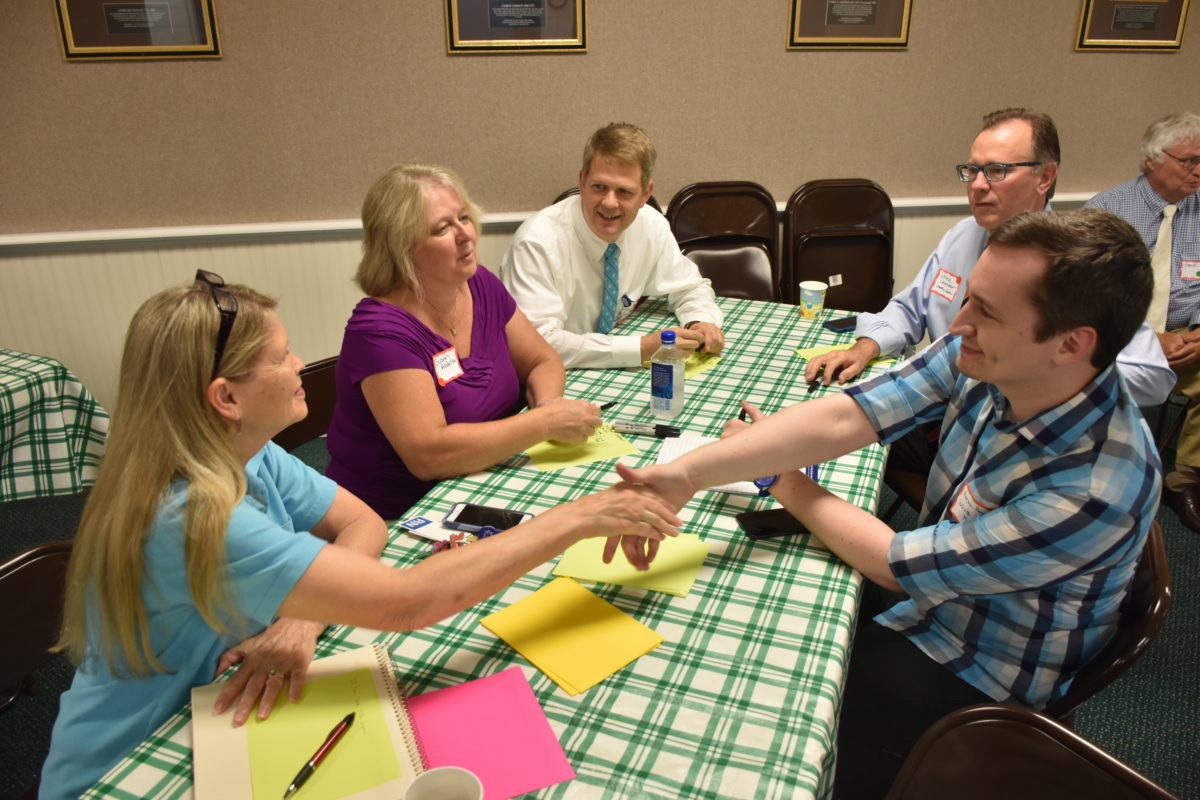 Oplinger said there were a few things about the mid-Ohio Valley meetings that stood out in comparison to the meetings he’s convened in other parts of the state.

He learned that people in this region felt exploited.

“I got an understanding that exploitation is something that people in Appalachia, West Virginia in particular, feel,” he said. “The coal companies came in, extracted, and left. And now there is a feeling that big pharma came in, extracted money, and left.”

Oplinger said another thing stood out to him. The community has a range of institutions to address tough issues.

“There are some resources here and some people who want to do great things,” Oplinger said. “I think that they’re going to take what they learned and get some things going.”

Local journalists will now work together to report solutions and answer questions the community raised about the crisis. And by collaborating, those media outlets will reach the largest audience by sharing their stories.

Community members have plans, as well.

Jean Ambrose works with the community groups What’s Next, MOV? and What’s Next, West Virginia? She was encouraged that the three meetings in these small to mid-size towns were attended by around 150 people. 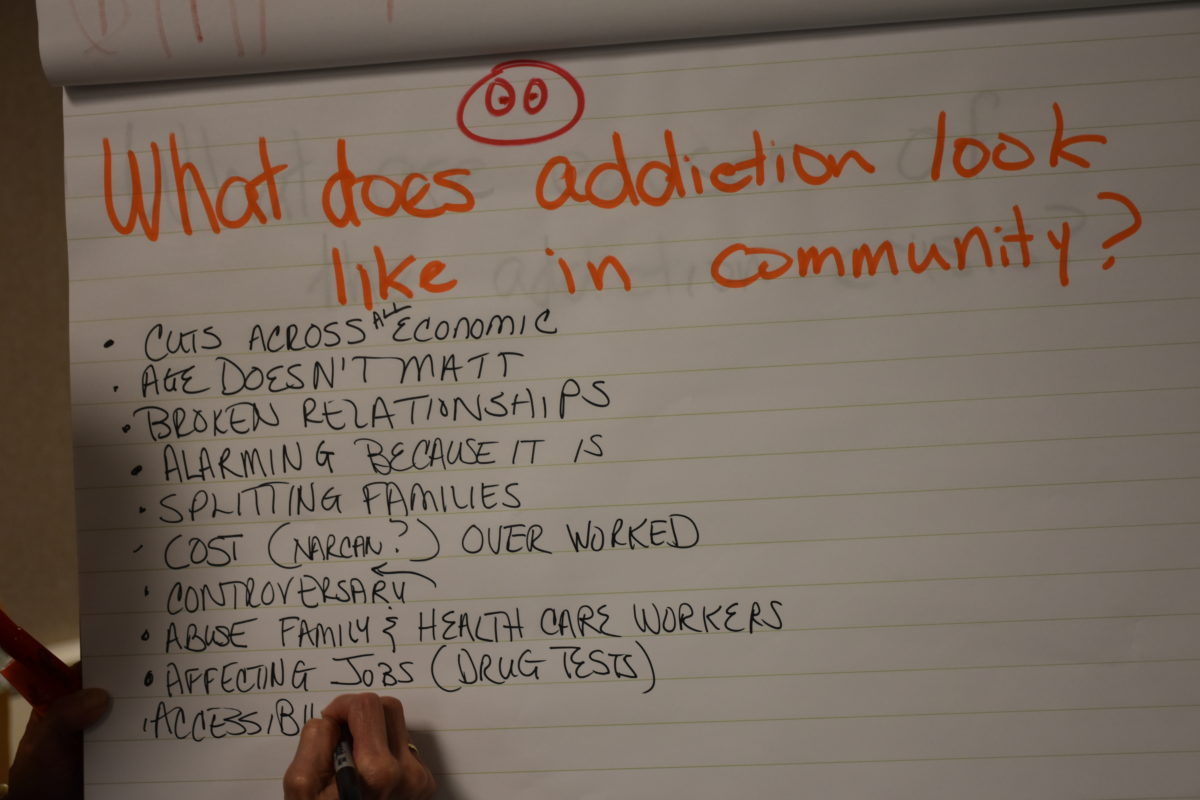 The community view of the crisis.

“I’m really proud of the fact that people are willing to step up,” she said. “They’re willing to learn and they want to keep meeting.”

Similar to the journalists, her group members will run down the list of solutions and work to bring more people in to put those ideas into action.

“People realize they have a part in the solution,” Ambrose said. “They know something that’s really important to a good solution. And if they don’t come to the table, we don’t know what that is.”