At a Monday news conference, West Virginia revenue officials said the obligations from Justice’s companies had been paid, including fines and taxes.

“The state is completely and totally satisfied with the resolution of these matters,” Revenue Secretary Dave Hardy said.

Justice didn’t say how much was owed and paid or whether the debt obligations were reduced as part of negotiations. He also noted it would likely be a few days before the liens were released by the county offices, making the settlement of the debts official.

“I don’t know what the amount is, even at this moment,” Justice said, noting that his coal business dealings had been handed over to his son, Jay. “I know it’s millions of dollars.” 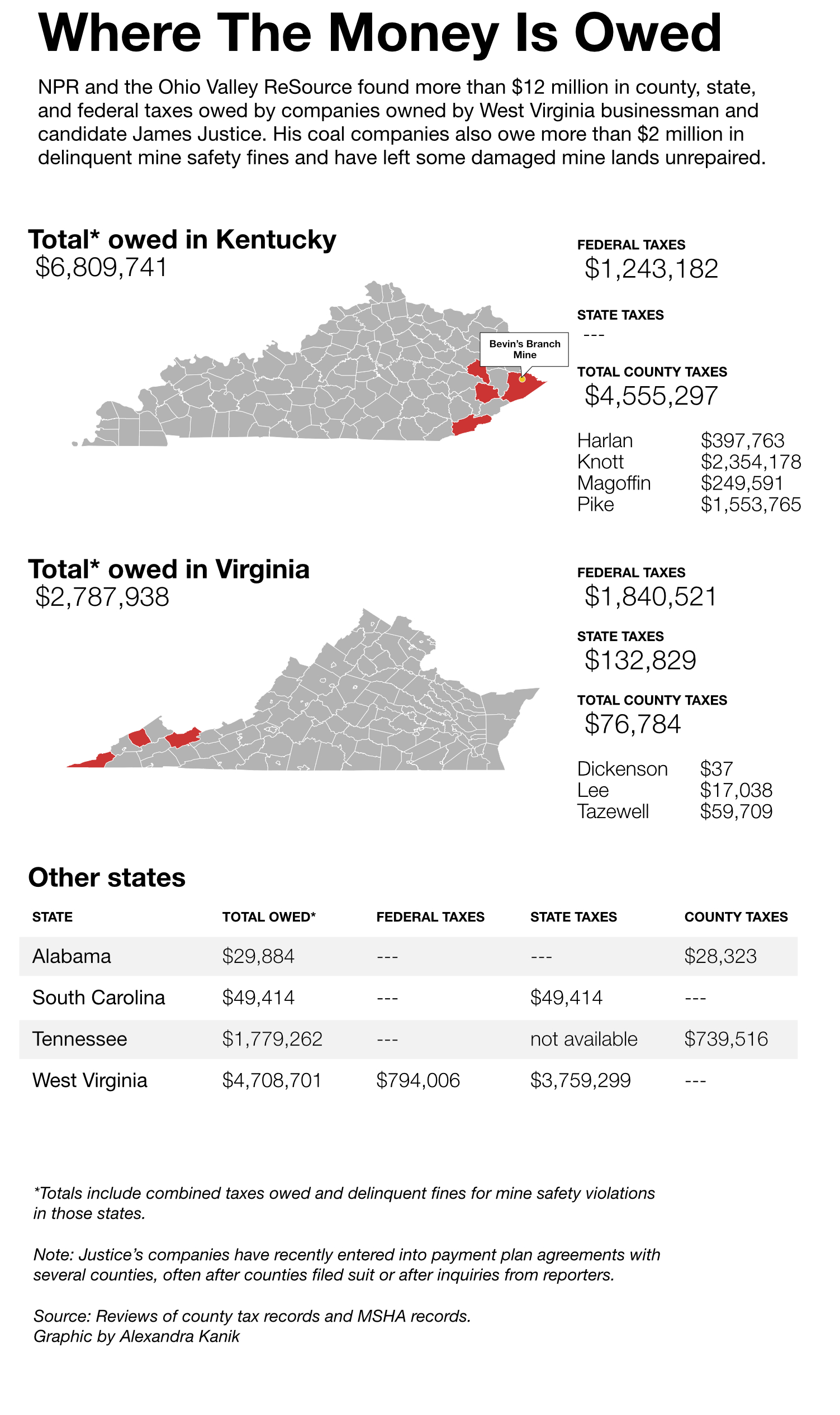 This graphic from the ReSource’s 2016 report showed where Justice’s companies owed overdue taxes at the time.

Justice promised to pay remaining obligations in other states soon, but was not specific as to when.

Hardy and Deputy Revenue Secretary Allen Prunty cited state code when they said revenue officials were unable to discuss the specifics of the transactions made by Justice’s company to clear the debt obligations. Cabinet-level secretary positions are appointed by the governor.

The billionaire businessman-turned-politician blamed part of the tax burden on Mechel, a Russian company that bought mining interests from Justice in 2009 before selling them back to him in 2015. However, NPR’s Howard Berkes, who has reported extensively on Justice’s finances, said on Twitter that the debts belong to Justice’s companies and not Mechel.

The governor’s debts have been a subject of questions from West Virginia reporters since he took office in January 2017. He had promised to fulfill those obligations multiple times and noted that he is often asked when he would pay the taxes.