Retired coal miners and coal community activists are on Capitol Hill this week urging action on two important issues for miners: pensions and black lung benefits. Advocates say funds supporting both pensions for retired miners and the federal benefits for those sickened by black lung disease are at risk if Congress does not act. 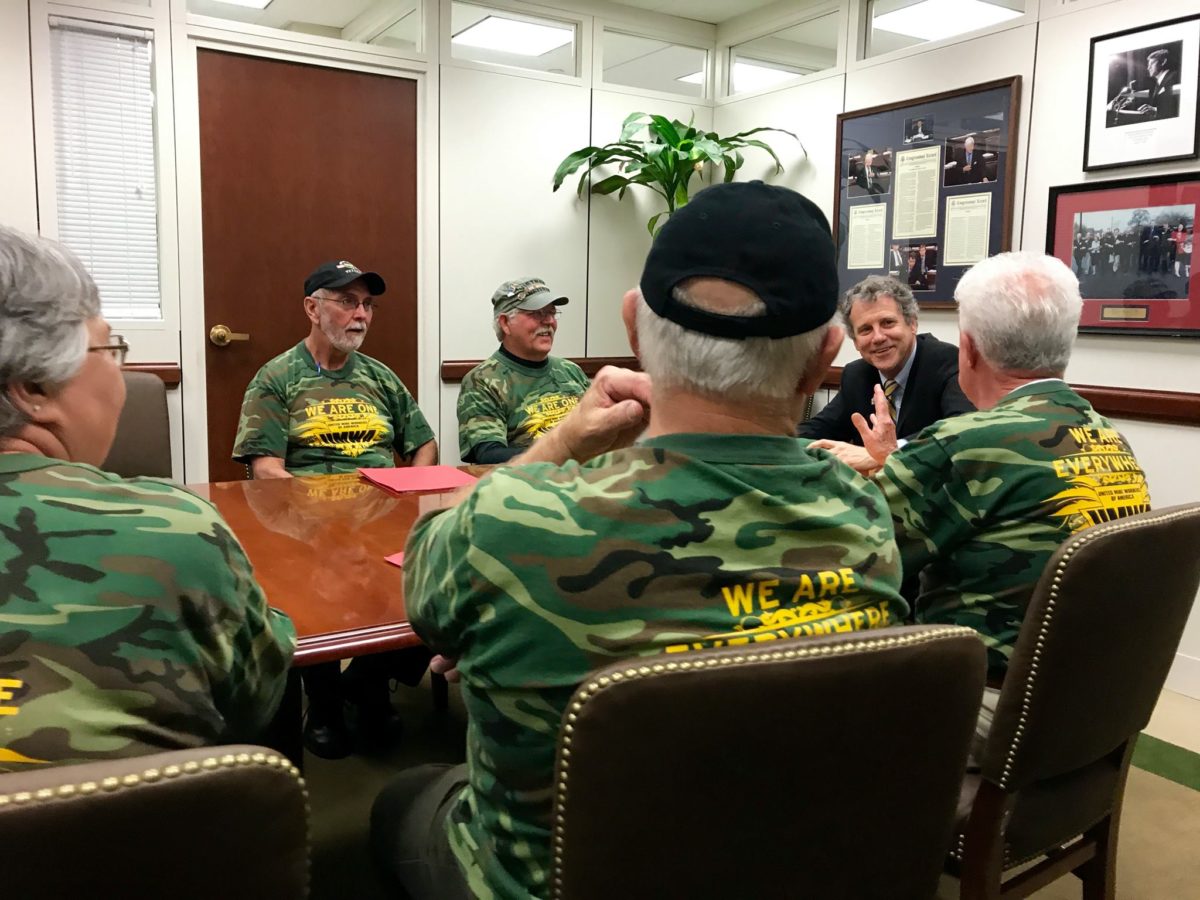 A United Mine Workers of America spokesperson said the miners’ pension fund could become insolvent by 2022. Congress created a Joint Select Committee to shore up this and other similar pension funds that are in jeopardy. But UMWA spokesperson Phil Smith is concerned that the committee is not making enough progress. Smith said Congressional Democrats have proposed a potential solution but Republicans have not responded.

A union miner at a rally for pension protection in Ohio.

If the miners’ pension fund goes under, it would be backed up by the federal Pension Benefit Guaranty Corporation. But lawmakers have expressed concern that the failure of large pension funds could in turn overwhelm the PBGC.

Retired Kentucky coal miner Larry Miller is also skeptical about whether the committee will find a solution to the miners’ pensions. And Miller is also concerned about what’s ahead for miners who depend on federally-supported black lung benefits.

Miller mined coal for more than 20 years and is on Capitol Hill this week talking to lawmakers about the Black Lung Disability Trust Fund, which covers the costs for miners who worked for companies that have gone bankrupt.

The fund is supported by a tax paid by coal companies which is set to be reduced unless Congress intervenes. In June the Government Accountability Office found that the fund could be in financial trouble without Congressional action. The issue is personal for Miller, who has been diagnosed with stage one of black lung disease.

“The doctor said you could live like this the rest of your life and not see any lung impairment,” he said of the progressive disease, “or you could start to go down tomorrow.”

The Ohio Valley has seen a surge in cases of black lung disease. That will likely mean more demand for benefits from the trust fund, which is already in debt.

Miller said the prospect of reductions in both pensions and black lung benefits is a frightening one-two punch for miners and retirees. Coal miners who developed black lung rely on those benefits and their pensions to live because they can’t work and support themselves due to their illness.

“I based our retirement on social security and this pension. If we lose one leg of that retirement, pensions, we’re going to be looking at some tough financial decisions,” he said.

And he said those effects could ripple through the economies of many communities that have already lost jobs because of coal company bankruptcies.

Congress has until the end of the year to reinstate the tax supporting the black lung trust fund. The Joint Select Committee is to present its recommendations for shoring up multi-employer pensions by November 30th.