The political ads in the Ohio Valley are playing on what seems like a constant loop. That’s not unusual for election season. But what is unusual this year is how many ads focus on health care. Consider this one from Kentucky Republican Andy Barr, who’s facing a tough challenge in the 6th Congressional District from Democrat Amy McGrath.

McGrath supports maintaining the Affordable Care Act and its essential benefits with some tweaks. Barr’s campaign ads proclaim her a radical socialist whose plan “doubles your federal taxes and ends Medicare as we know it.” It is complete, of course, with dramatic background music.

Not to be outdone, West Virginia Democratic Sen. Joe Manchin actually uses a gun in his targeted rebuke of his Republican opponent, Patrick Morrisey, who has promised to repeal Obamacare.

“He’s just dead wrong. It just ain’t going to happen,” Manchin says in the ad. Then there is the ringing sound of a shot fired.

Yes, Manchin fires a shotgun into a piece of paper to prove his point. Some political junkies may remember that he did essentially the same thing in 2012 when he was taking aim at “cap and trade.”

The midterm story on health care is much the same in Ohio where incumbent Democratic Sen. Sherrod Brown is facing tough-talking, motorcycle-riding Republican Jim Renacci, who is sometimes referred to in the press as a “mini-Trump.”

But while the campaigns simplify and weaponize health care, the future of the Affordable Care Act is a pivotal issue in midterm races across the Ohio Valley with major implications for millions of residents. The Act’s expansion of Medicaid dramatically increased access to health care in Kentucky, Ohio, and West Virginia, and the Act protected some three million people in the region with pre-existing health conditions. The future of those parts of the Act may now be determined by the outcome of the Nov. 6 election.

Simon Haeder is an Assistant Professor in the Department of Political Science in the John D. Rockefeller IV School of Policy & Politics at West Virginia University. He said the healthcare debate actually centers on the wonky intersection of something called the individual mandate and its impact on people with pre-existing conditions.

“Before the Affordable Care Act everybody wanting to get insurance in the private market had to go through a medical screening and insurers were very eager to screen out individuals who could cost them a lot of money,” he said.

Those individuals were determined to have pre-existing conditions. That term had a broad scope that could include everyone from those treated for acne to victims of domestic violence who often have high medical bills. Haeder said the ACA declared that people with pre-existing conditions couldn’t be denied insurance and added another critical provision. 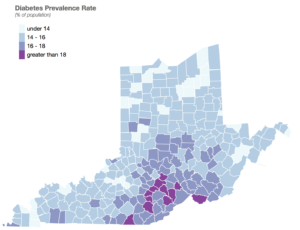 “It also required that every American get insurance, and that was called the individual mandate,” he said.

With the individual mandate people who didn’t get insurance faced a financial penalty. Those healthy people who don’t need a lot of care paying into the system are crucial to making the overall ACA math work. Now Republicans in Congress have eliminated that penalty. Haeder said that without facing a penalty more people will simply not get insurance

Further, 20 state Attorneys General have used that as an argument in a lawsuit to repeal the ACA through the courts. Morrisey, Manchin’s Republican opponent, is among that group.

The lawsuit says that without the money from the individual mandate and the premium payments from healthy folks, there is not enough money to pay for the care of all those people with pre-existing conditions.

Haeder said the lawsuit claims “we should throw the entire Affordable Care Act out because the individual parts cannot stand on their own. That threatens those individual marketplace components for the ACA including protections for pre-existing conditions.”

If the ACA is gutted, Haeder said people with pre-existing conditions could lose their coverage or be required to pay expensive premiums. 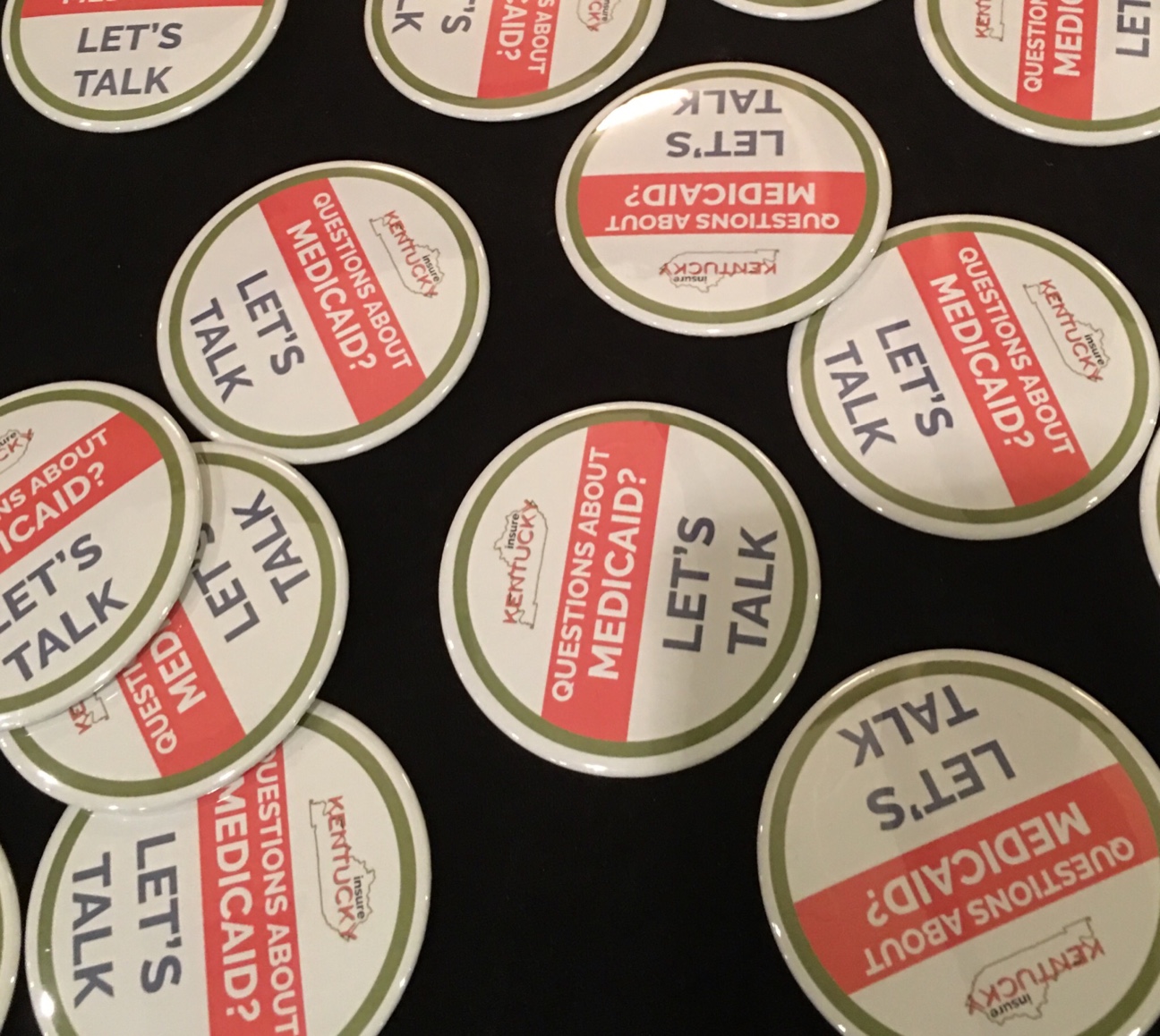 Buttons at a recent conference held by the advocacy group Kentucky Voices For Health.

According to the Kaiser Family Foundation if those protections against pre-existing conditions were eliminated that would leave roughly a third of non-elderly adults in the Kentucky, Ohio and West Virginia without affordable health care. That’s about 881,000 in Kentucky, 1.2 million in Ohio and 392,000 in West Virginia.

And Haeder said the numbers could be even higher.

Using insurance guidelines that defined what were considered pre-existing conditions before the ACA, Haeder found that the impact could be even greater.

By considering health problems that resulted in an automatic denial of insurance, exclusion of the condition being covered by insurance, or higher premiums, he estimated the number of people with pre-existing conditions in West Virginia to be as high as 720,000. 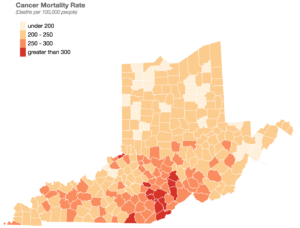 The high proportion of people with pre-existing conditions is related to the generally poor health outcomes in the region when compared to the rest of the country. For example, not only do Kentucky, Ohio and West Virginia have higher rates of deaths due to cancer, those death rates have remained stubbornly high while the rest of the country has seen general improvement.

At the recent annual meeting of the health advocacy nonprofit Kentucky Voices For Health, “Let’s Talk About Medicaid” was the message printed on dozens of campaign buttons strewn across a registration table. A few feet away inside the meeting room a slide slowly dissolved on two large screens between these messages: “Vote Like Your Healthcare Depends On It” and “Vote Like Your Life Depends On It.” 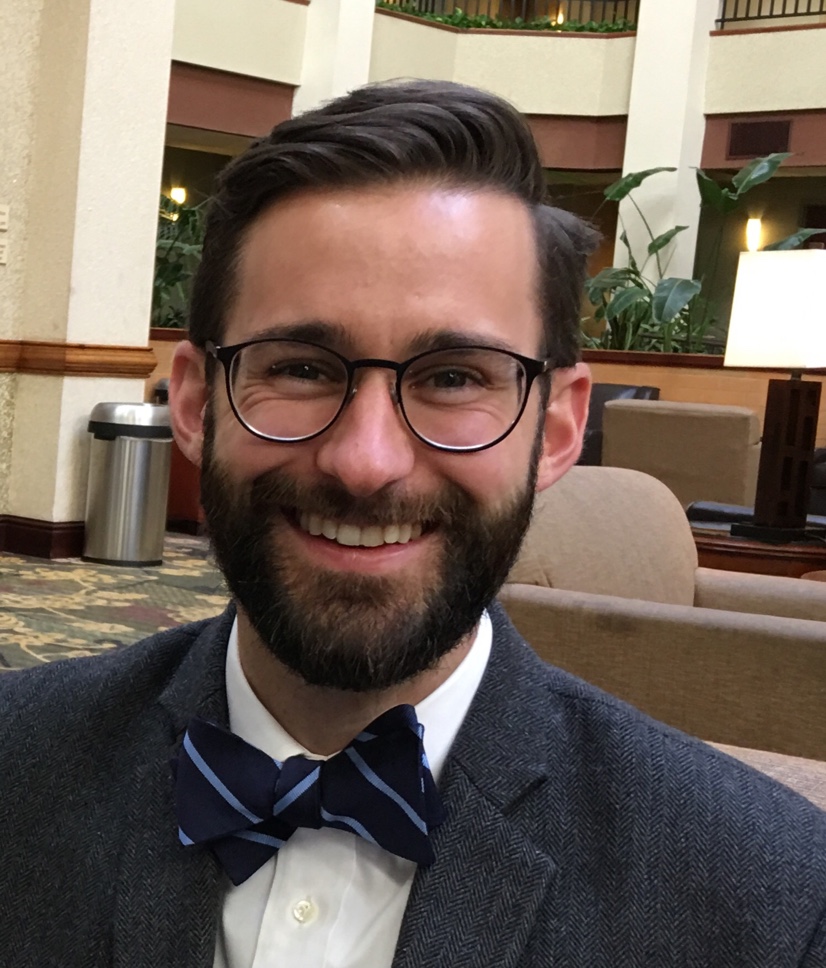 Dustin Pugel, a policy analyst at the Kentucky Center for Economic Policy, a left-leaning research center, spoke to the group gathered in Lexington about efforts to upend the ACA and also about the potential impact of the midterms on Medicaid expansion.

Medicaid has long been the main way many people with certain pre-existing conditions could get coverage. The ACA also allowed states to expand the number of people who could qualify for Medicaid.

There are ongoing efforts to attempt to change Medicaid expansion and allow insurance companies again to deny service to those with pre-existing conditions.

“There are a lot of ways that 2017 was just one attack after another against folks who have been sick in the past, women of childbearing age, or anybody who might be predisposed to different conditions,” he said.

And he said Republicans are intent on continuing their efforts.

“We’ve already heard lawmakers in D.C. say we are going to take another crack at this,” he said.

Pugel said consumers are concerned. Kentucky has submitted a plan, called a waiver, to the federal government to change its current Medicaid program. As part of the waiver process, the public can comment on the proposed changes. Pugel said of the 9,500 comments, about 8,500 did not support the proposed changes. Those changes include a work requirement that health advocates fear will disqualify many who gained insurance when Medicaid was expanded.

Not so long ago, Democrats were less eager to talk about the ACA or “Obamacare.” Al Cross, who directs the Institute for Rural Journalism at the University of Kentucky, says polls across the country show retaining health care is a top concern for voters. That puts Republicans who have long touted repeal in a bind. 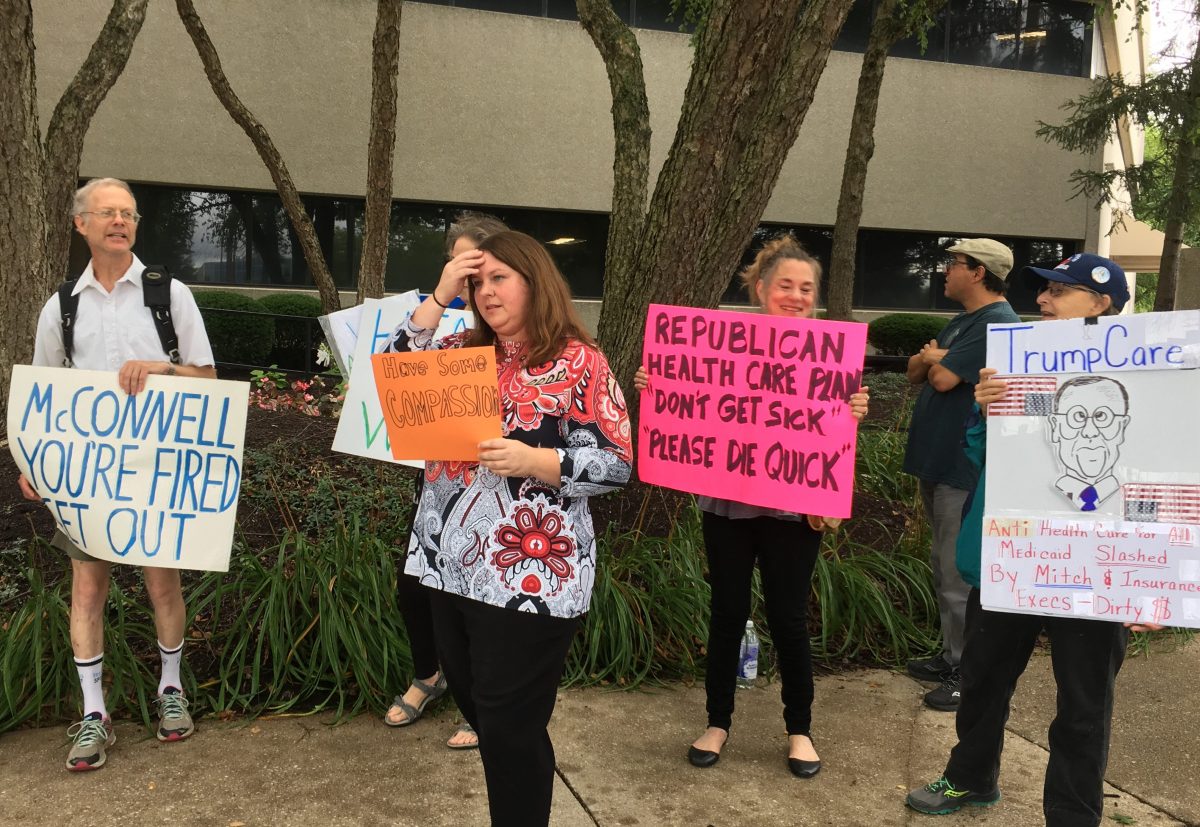 “The fact that across the county there are more health care ads from Democrats than from Republicans indicates that Obamacare issue has finally turned against the ruling party.”

Something else is happening, he said.

“I think it is safe to say that women will not under-vote in this election the way they usually do in midterms,” he said. Between the #MeToo movement, the outrage of teachers, and the motivation for women candidates such as Amy McGrath, Cross said, “this election could see a bigger impact from the women’s vote than any election since 1960, when women probably elected John F. Kennedy.”

And women frequently make most of a family’s health care decisions.

Alexandra Kanik contributed to this report.