Kentucky’s Public Service Commission on Monday approved a rate increase for Martin County’s troubled water district but attached strict requirements to improve what it called “grim and desperate” conditions at the at the utility which has struggled to deliver clean water to many residents.

Water has been a contentious issue for over a decade in the eastern Kentucky community after a coal mining boom and bust left the region with crumbling infrastructure and poverty rates above 30 percent. 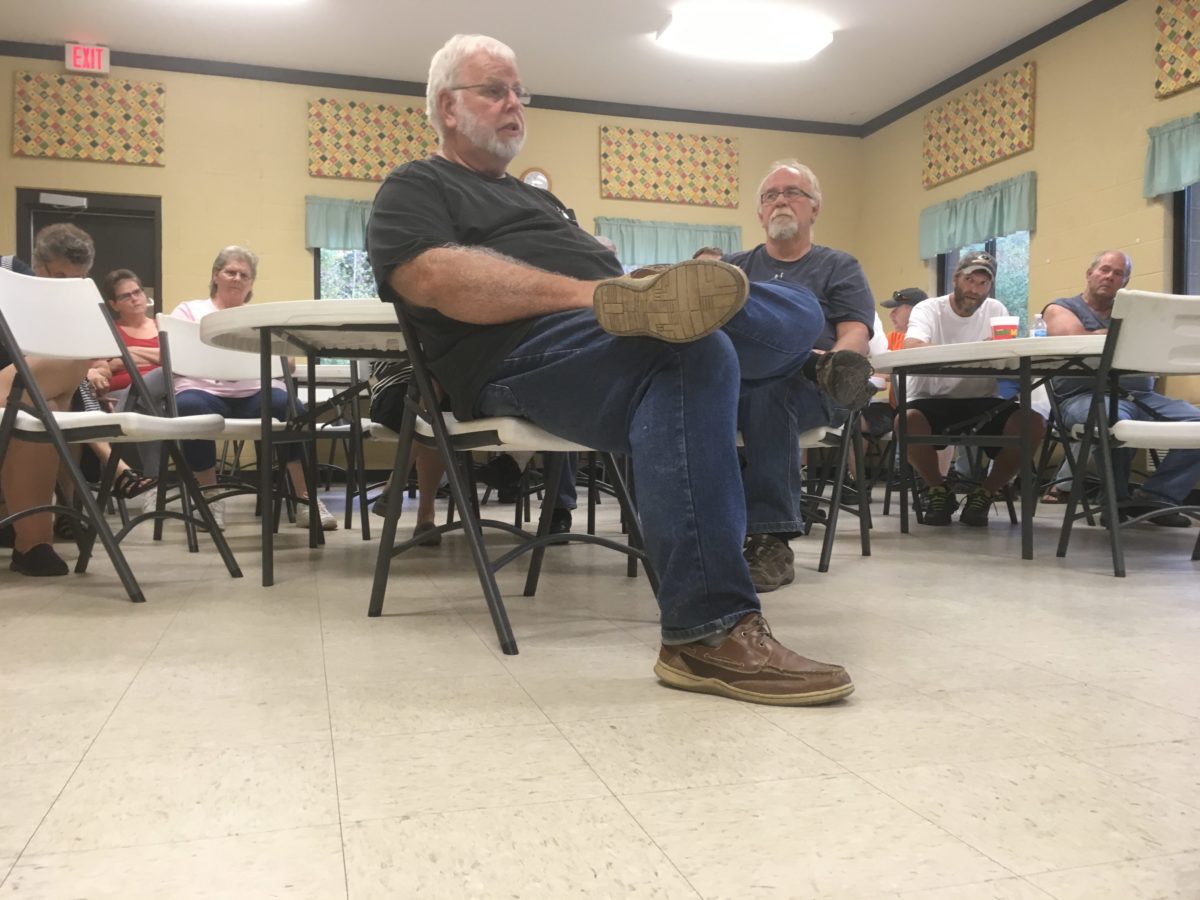 Martin County residents at a recent meeting about water problems.

Conditions worsened in January when residents lacked water for days. Officials declared in September a state of emergency when water levels in the reservoir reached dangerous lows. Chronic leaking pipes mean the system regularly loses 60 percent or more of the water it treats, which allows untreated groundwater to reach customers’ taps.

A still image from a video of foul water in a Martin County home.

Included in the each customer’s bill is a temporary monthly charge of $4.19 that goes into a separate account which can only be used to pay down the water district’s $1.1 million debt.

The commission noted that even with the significant fee increase in March, conditions remain dire. PSC chairman Michael Scott wrote that Martin County remains “the most poorly operated water district in the state of Kentucky.” Officials blamed years of “inept decision makers” for keeping water rates artificially low and allowing infrastructure to deteriorate.

Although some residents resent having to pay more for water they don’t believe is safe to drink, Martin County activist BarbiAnn Maynard supports the commission’s decision. “I’m happy to pay the extra $3.30 a month if we can get new management.”

State officials ordered the district to contract with an outside party to manage operations. If current management fails to comply with state demands, the commission said it could force a merger with another water system or appoint a receiver, which would strip away local control of the utility entirely.