From solar farms in Virginia to a green energy subdivision in Kentucky, a new report by a group of regional advocacy organizations highlights 20 ready-made projects across the Ohio Valley that could give abandoned mining operations that were never cleaned up a second life, and create new economic opportunity across the region.

“This report marks an important step as Appalachia citizens continue to re-imagine and work toward a future of sustainable and healthy local economies, where young people can find meaningful work and stay to raise their own families,” Adam Wells, regional director of community and economic development with Appalachian Voices, said in a statement. 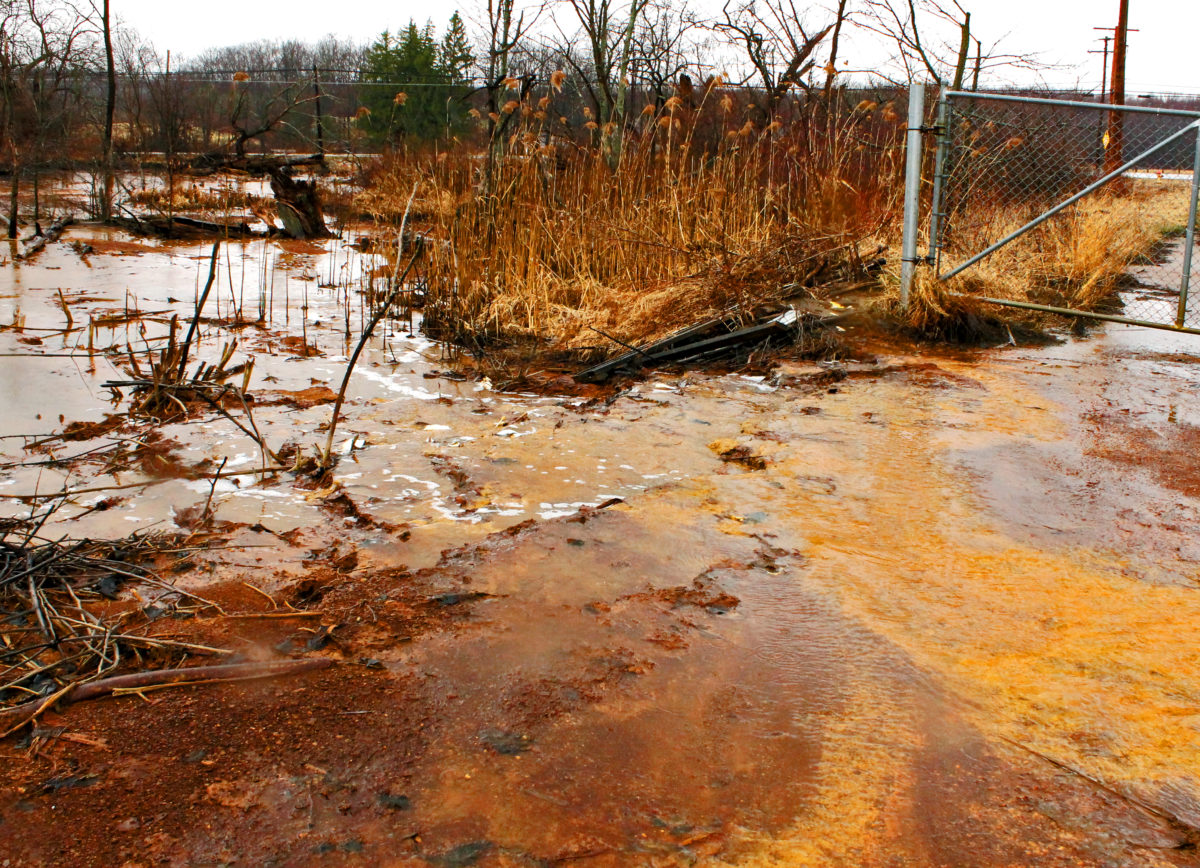 Acid Mine Drainage (AMD) at an Ohio wetland.

Virginia-based Appalachian Voices is one of the members of the coalition. Other organizations include Appalachian Citizens’ Law Center in Kentucky, Coalfield Development Corporation in West Virginia, Rural Action in Ohio, and Downstream Strategies in West Virginia.

Projects highlighted in the report run the gamut and include proposals to use acid mine drainage in Perry County, Ohio, to create paint and a proposal by a West Virginia wholesaler to build a livestock processing facility in Kanawha County.

The region has struggled to clean up thousands of abandoned coal sites since the Abandoned Mine Land (AML) fund was created in 1976. State and local governments have sometimes struggled with how to find new uses for old mine sites, and some high-profile projects have fizzled.

In the report, the authors argue, well-planned reclamation projects can spur economic development and offer best practices for how they should be proposed. Those include selecting appropriate locations near infrastructure and ensuring redevelopment projects are environmentally sustainable and financially viable over the long term.

In recent years, Congress has boosted resources available for that effort. Beginning in 2017, more than $100 million was appropriated for the Abandoned Mine Land Pilot Program. Many of the projects highlighted in the report have applied for funding through the AML Pilot Program.

But another federal effort has not been passed by Congress despite bipartisan support. The “Revitalizing the Economy of Coal Communities by Leveraging Local Activities and Investing More,” or RECLAIM Act would accelerate reclamation of abandoned mine lands by dispersing $1 billion of Abandoned Mine Land funds over a 5-year period with an eye toward economic development.

Combined, the report’s authors say, the 20 projects would require about $38 million of investment but would generate more than $83 million in economic output as well about 540 jobs to the region.