Mine Workers Sue Federal Regulators Over Controversial Mine Safety Decision

The United Mine Workers of America is suing the federal Mine Safety and Health Administration, or MSHA, after the agency reduced its heightened oversight of a West Virginia coal mine with a poor safety record.

MSHA has the power to declare mines with a history of significant safety violations as having a “Pattern of Violations.” Known as “POV status,” the declaration is an enforcement tool that allows the agency to increase regulatory scrutiny at a mine with repeated safety issues.

Under the Obama administration, MSHA used that authority to place the Pocahontas Coal Company’s Affinity mine in southern West Virginia on POV status in October, 2013, after two miners were killed in separate incidents within a two-week span.

This year, under the Trump administration, agency officials decided to remove POV status for the Affinity mine in an agreement with the company that resolved litigation on the matter, despite a continued record of spotty safety performance at the mine. 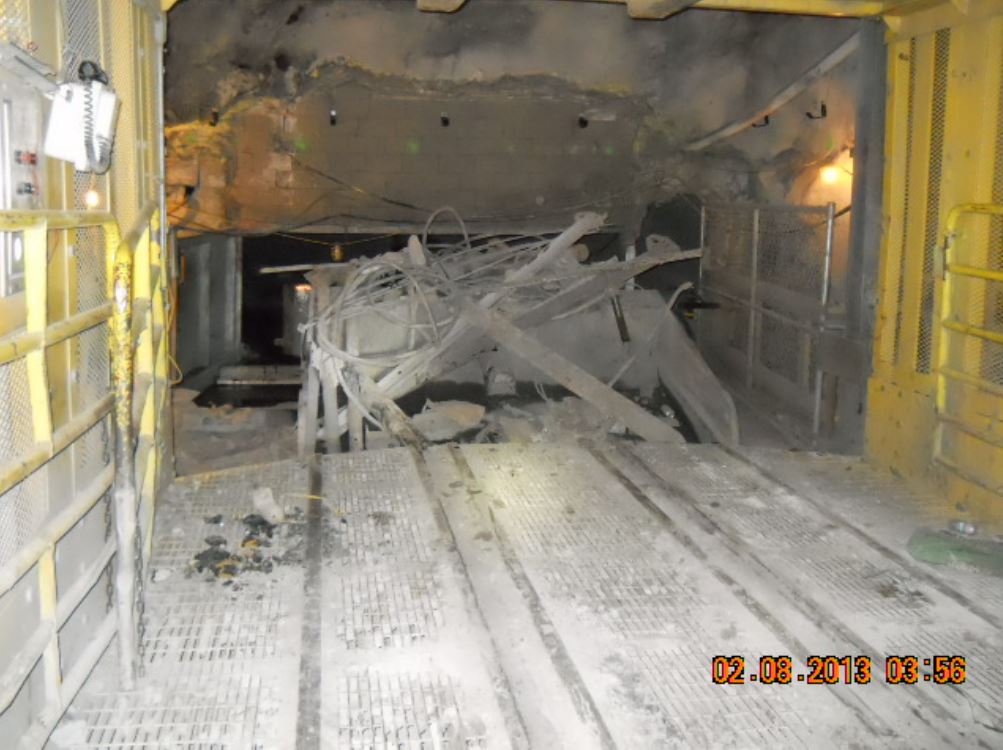 An MSHA inspection photograph of the equipment that killed Affinity scoop operator Edward Finney in 2013.

The UMWA’s complaint claims that MSHA’s actions violate the Administrative Procedures Act and the Mine Act. UMWA spokesperson Phil Smith said MSHA should keep the pattern of violations status in place until the Affinity mine is proved safe.

“The message that this sends to operators and miners is that the Mine Safety and Health Administration is not going to fully enforce the law is a wrong one,” Smith said. “We think that message needs to be countered immediately.”

The union’s lawsuit echoes concerns from mine safety experts and some lawmakers, including a former MSHA director, a former member of a federal mine safety review commission, and the incoming chair of a Congressional committee with oversight on mine safety. 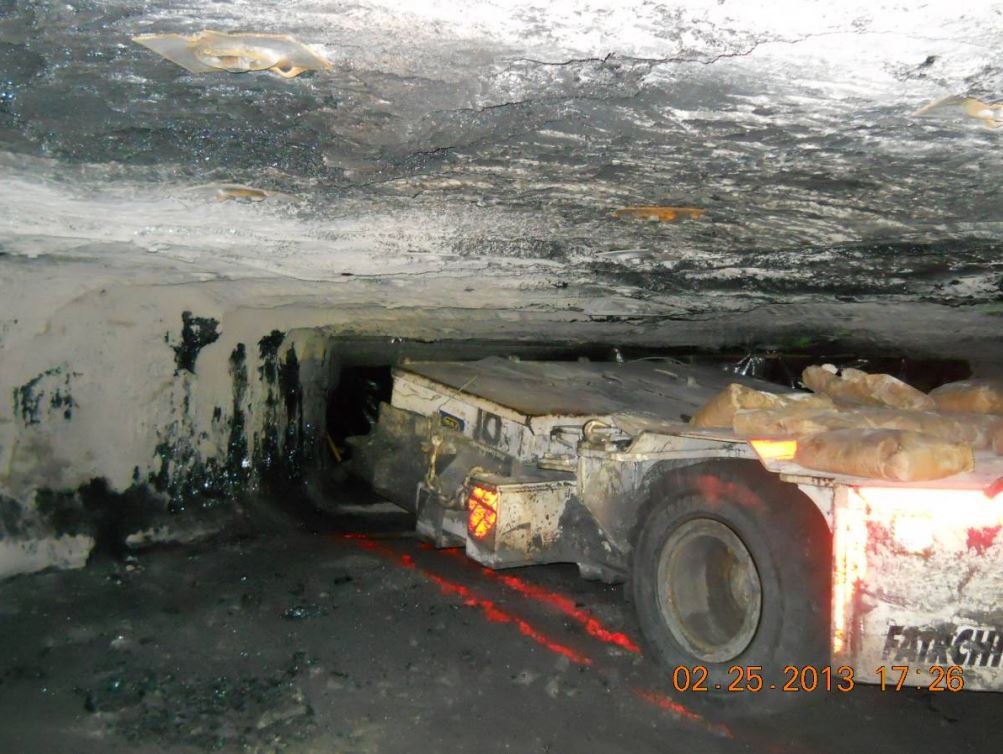 This MSHA inspection photograph shows where Affinity mine shuttle operator John Myles was killed in 2013.

In the wake of the 2010 Upper Big Branch mine disaster in West Virginia, MSHA leadership used the POV designation to press for safety improvements at problem mines. In 2010, MSHA identified 51 mines that had safety records that could place them at risk for being given a pattern of violations notice.

In order to have the POV designation removed, the Federal Mine Safety and Health Act of 1977 mandates that the mine must receive a full inspection with no serious and substantial violations.

MSHA data show the Affinity mine has received a total of 37 significant and substantial violations in 2018. Three were issued as recently as August.

Robert Cohen, then a member of the federal mine health and safety commission, pointed out that record in a dissent to the Affinity decision when it was made public over the summer. The commission is an independent agency that provides review of legal disputes that arise under the Mine Safety Act. Cohen, who has since left the commission, said MSHA’s decision on Affinity was “legally unsupportable.”

Cohen stressed that under federal law, mines must have a clean health and safety inspection in order to have POV status changed.

Joe Main, MSHA director under President Obama, said in a September interview that the agency’s decision to remove the POV designation from the Affinity mine may undermine the effectiveness of one of MSHA’s most powerful enforcement tools.

“I think whenever things happen where a mine can get into litigation and free themselves through a settlement agreement of the statutory penalty, that raises concern about…what kind of perception is this leaving in the mining industry?” he said.

Tony Oppegard, a mine safety lawyer based in Kentucky, said the agency’s decision to settle the lawsuit with Affinity sends the wrong message to the industry.

“They took the Affinity mine off of the pattern even though they had never complied with the statutory requirements,” he said. “I just think it’s wrong.”

The issue also caught the attention of some members of Congress who oversee MSHA. Rep. Bobby Scott of Virginia, the ranking Democrat on the House Committee on Education and the Workforce, wrote to the Department of Labor in September requesting more information about the Affinity POV decision.

Specifically, Scott wanted “to assess whether MSHA’s actions to terminate the POV exceeded its statutory authority and whether the Department of Labor acted properly.”

As Democrats assume control of the House next year Scott will likely become become the committee chair, greatly enhancing his power to investigate. 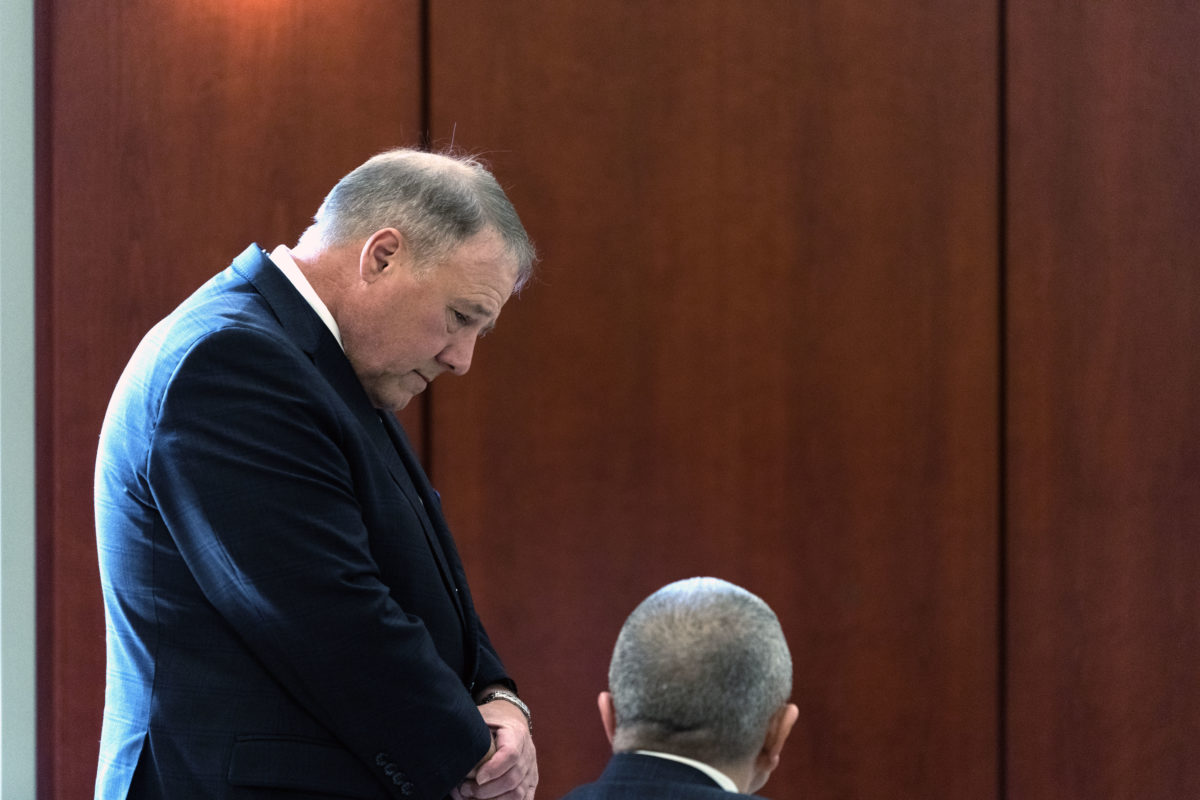 “The Affinity team was very relieved to hear that the POV is terminated, but understand our commitment and actions towards safety and compliance will not change,” Jeff Birchfield, Affinity mine manager wrote.

At a September event at West Virginia University, Assistant Secretary of Labor for Mine Safety and Health David Zatezalo, President Trump’s choice to lead MSHA, defended the Affinity mine’s safety record, calling it one of the best in West Virginia.

Zatezalo added that he has no concerns that the settlement might dilute the POV as an enforcement tool.

However, the agency’s Affinity decision has also raised questions about Zatezalo’s industry connections. Zatezalo worked for 40 years in the coal mining industry, including a stint as chairman at Rhino Resources, which operates mines in West Virginia and Kentucky.

In 2010 and 2011 the company received two POV notices from the agency Zatezalo now leads. Zatezalo also had leadership roles with coal industry associations in Ohio  and Kentucky, both of which are parties to lawsuits challenging MSHA’s regulatory changes in 2013.

MSHA officials referred questions regarding the UMWA lawsuit to the Department of Justice, which did not immediately respond to a request for comment. 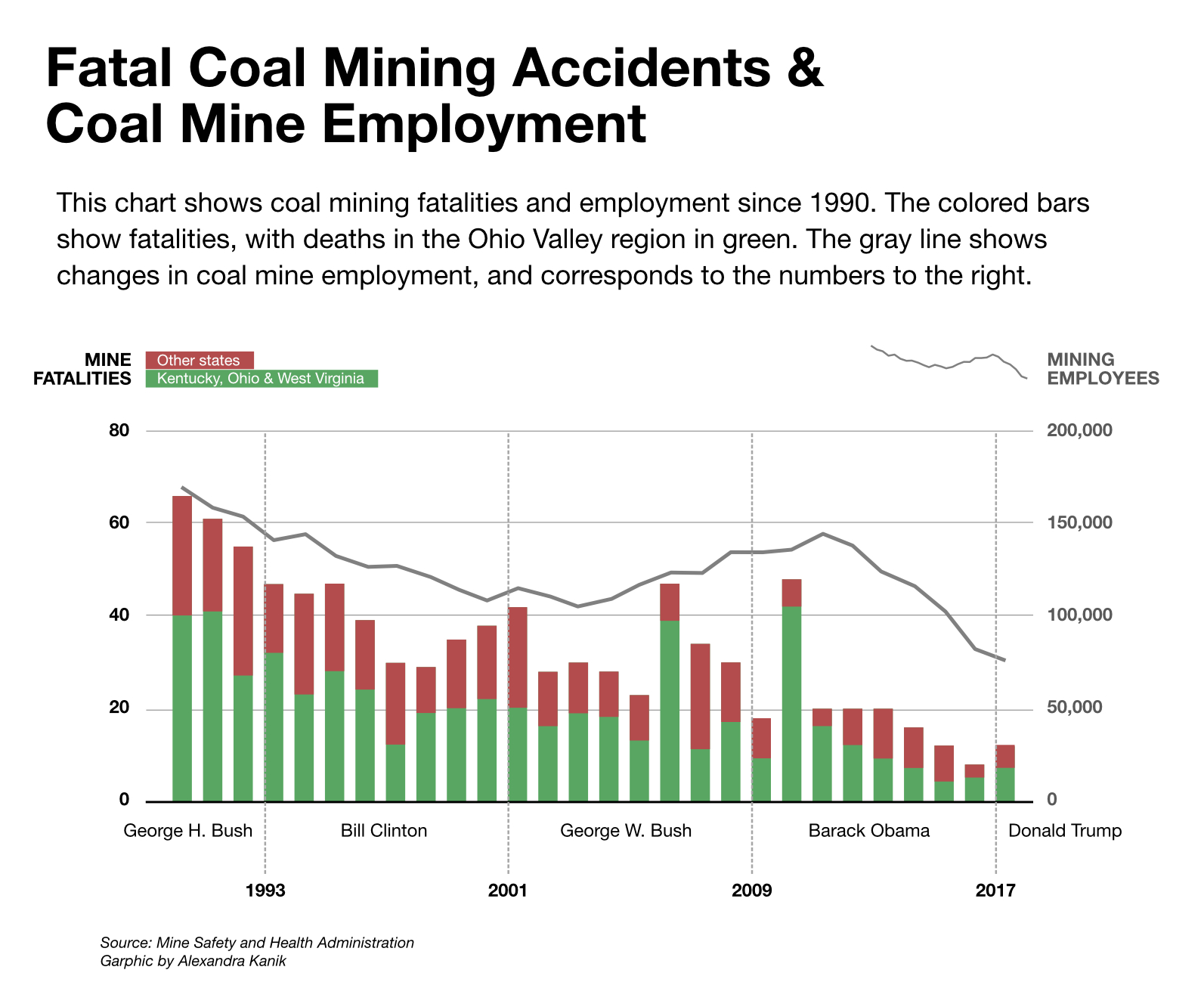 The agency’s controversial decision comes amid a mixed two years of industry safety under the Trump administration. Following an uptick in mining fatalities in 2017, the U.S. coal industry is on track to complete one of its safest years on record in 2018. Eight coal miners have died on the job in 2018, half of them in West Virginia. Last year, 15 U.S. coal miners were killed during work, an unexpected spike in fatalities after a long downward trend.

The general decline in mining fatalities reflects both improvements in safety practices and a decline in the size of the coal workforce.