About two dozen people demonstrated Wednesday near McConnell’s regional office in London, Kentucky, carrying placards reading “Black Lung Kills” and singing along with a banjo tune modified for the occasion.

“Oh, Mitch McConnell, when will you answer? Somebody’s knocking at your door.”

The demonstrators said they were denied a planned meeting with McConnell’s staffers. Instead they delivered letters from affected residents who want the Senate’s powerful majority leader to extend the tax on coal that supports the federal Black Lung Trust Fund.

If Congress does not act, the tax will decrease by about half, adding billions of dollars of debt to the fund. 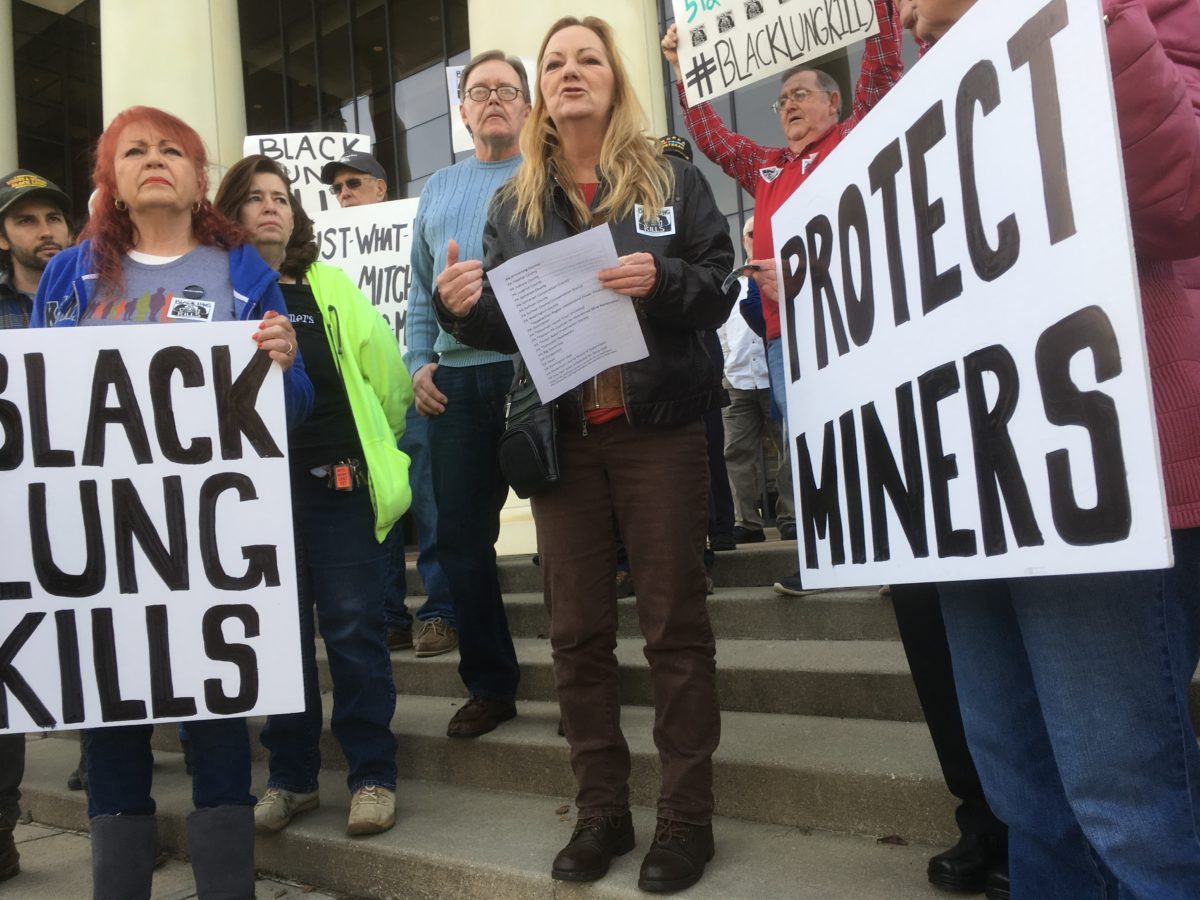 “He has the power to help these people,” Harlan County, Kentucky, resident Teri Blanton said of McConnell. Blanton spoke of her family’s personal experience with the toll of the disease. “I watched my father smother to death from black lung.”

Disabled miner Jimmy Moore is the president of the Southeast Kentucky Black Lung Association. He has black lung, as does his son. He said he’s concerned that the trust fund’s mounting debt will mean that the fund will no longer be able to provide benefits for sick miners.

“It’s a shame that people have to gang up like this to get attention,” Moore said of the demonstration. “But they don’t listen to taxpayers. They listen to coal operators with the money, and we don’t have the money.”

A statement from the National Coalition of Black Lung and Respiratory Disease Clinics said that allowing the tax to decrease would be “a travesty to the coal mining community.”

“The cut sends a message to miners and their families,” the statement continued, “coal operator profits are more important than miners’ health and well-being.”

The National Mining Association argued in recent statements that the current rate of the coal tax should be allowed to expire, calling it an unfair burden on a struggling industry.

The expiration of the coal tax rate comes just as an NPR investigation shows the extent of the epidemic surge in cases of advanced black lung afflicting central Appalachian miners. NPR reports that more than 2,000 miners are sick with the most serious form of the disease. The investigation also documents the inaction by industry and government regulators, despite decades of warnings that tighter controls on coal and rock dust exposure were needed.

Shortly after the story’s publication, Rep. Bobby Scott, the Virginia Democrat who will soon chair the House Committee on Education and the Workforce issued a statement in response.

“I will be calling hearings in the 116th Congress to forge legislative solutions so that we can prevent the physical, emotional, and financial toll of this completely preventable disease,” Scott said.