The U.S. Environmental Protection Agency said Thursday it will move forward with a series of actions to regulate toxic fluorinated chemicals, including proposing drinking water limits by the end of this year. But environment and public health advocates say that timeline is unacceptably slow given the health risks and extent of contamination.

In its long-awaited “PFAS Action Plan,” EPA laid out a series of actions to address the widespread contamination of fluorinated PFAS chemicals.

Those chemicals include PFOA, or C8, which has been detected in several water systems in the Ohio Valley. The chemicals were used in a variety of products, including non-stick cookware, stain resistant clothing, and flame retardants.

Some municipalities in Ohio and West Virginia have been dealing with C-8 contamination for decades, and a court-ordered health monitoring program in the Ohio Valley linked exposure to a variety of health risks.

“This action plan represents a pivotal moment in the history of the agency and a pivotal moment for public health environmental protection,” said EPA Acting Administrator Andrew Wheeler, speaking at a press conference in Philadelphia. “This is the most comprehensive cross-agency action plan for a chemical of concern ever undertaken by the agency.”

Among the actions outlined in the plan, EPA said it will:

EPA’s plan was met with enthusiasm by some groups dealing with PFAS contamination. The National Ground Water Association, an Ohio-based trade group, said it was pleased with the agency’s actions to list PFAS chemicals as hazardous substances under the federal Superfund law. Once listed under the Comprehensive Environmental Response, Compensation and Liability Act, states affected by the chemical contamination will be able to receive federal help holding polluters accountable.

As more details emerged from the agency, however, environmental groups and some lawmakers expressed concern about the agency’s timeline for setting drinking water standards.

“It has taken the EPA nearly a year just to kick the can even further down the road,” said Senator Tom Carper, the top Democrat on the Senate Environment and Public Works Committee. 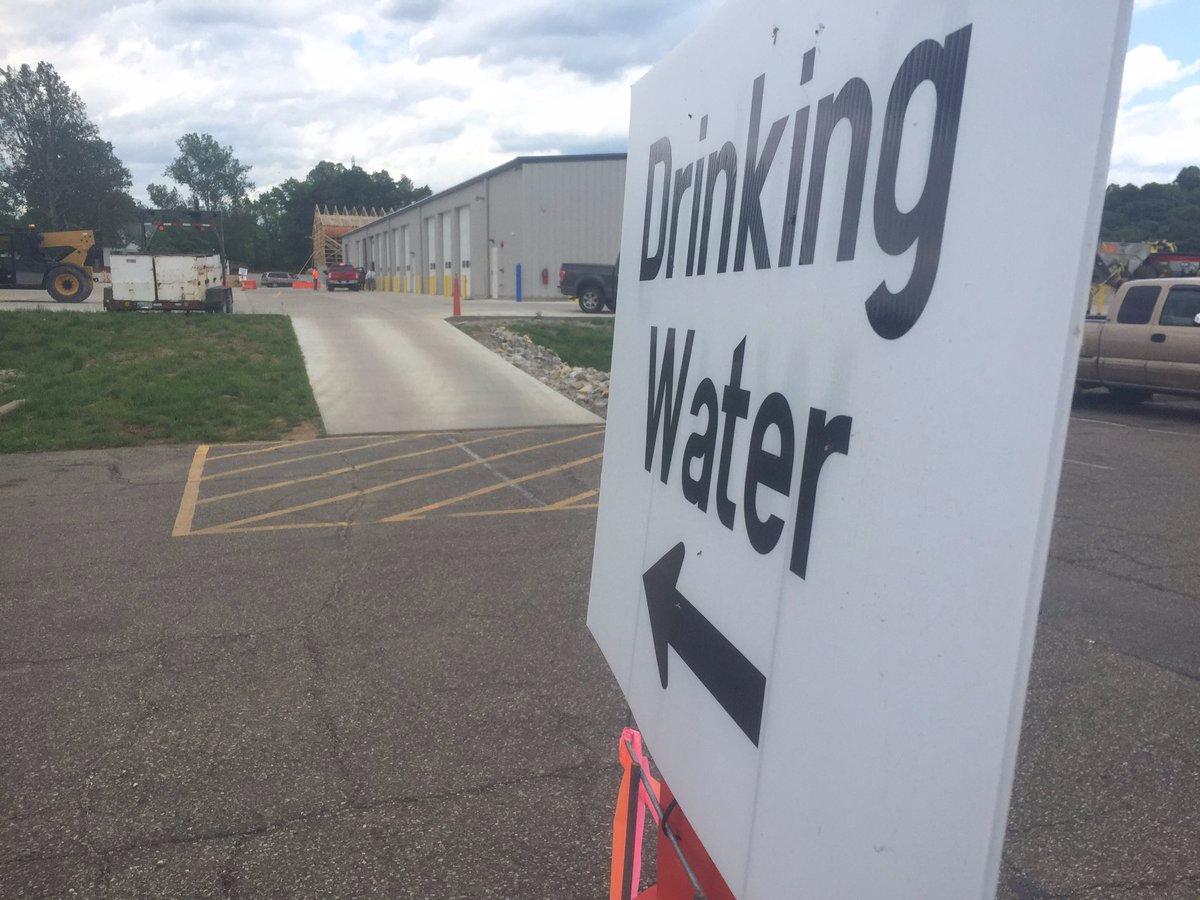 In a statement, Republican Sen. Shelley Moore Capito of West Virginia was more measured. Capito has repeatedly met with EPA Acting Administrator Wheeler on the PFAS issue and last week joined a bipartisan group of senators to urge the agency head to set a standard.

“It’s encouraging to see the EPA taking action to address something that has proven to be a real problem in a number of communities across the country—including in West Virginia,” Capito said. She added she intends to “remain actively engaged to push EPA to complete the process expeditiously and put that standard in place.”

In a call with reporters, Dave Ross, assistant administrator for EPA’s Office of Water, stressed the agency will go through the rule making process set out by the Safe Drinking Water Act. That will include using the most up-to-date science and taking public comment.

“We are going to move as quickly as we possibly can to do this,” Ross said, adding that whatever EPA proposes will likely be challenged in court. “So we will move with all deliberate speed.”

But what that speed could look like is “up in the air,” said Genna Reed, lead science and policy analyst with the Union of Concerned Scientists.

In order to consider setting an MCL for a chemical, the agency must prove the pollutant adversely affects public health, is widespread in public water systems, and that regulation would reduce health risk.

EPA committed to starting that process in its action plan. Reed said now the agency will begin the process of filtering through the science surrounding these chemicals, a process she fears could face interference by political appointees at the agency who have ties to the chemical industry. 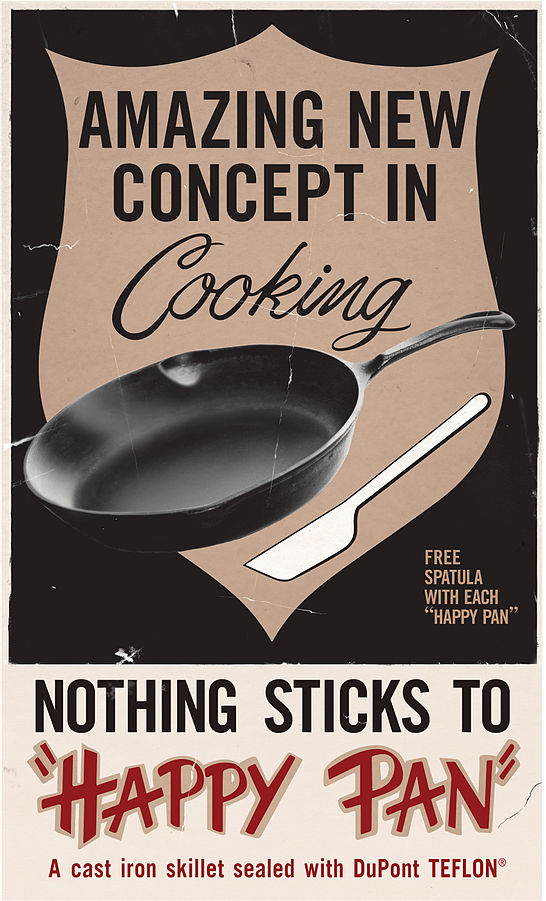 “There absolutely could be a determination that PFOS and PFOA should not be regulated under the Safe Drinking Water Act, which we would argue is perhaps not in line with the best available science,” she said. “So, it’s really important to follow and see what the EPA does here and to make sure that they’re consulting with their science staff and really listening to what they’re saying on these two chemicals.”

Currently, EPA has issued a health advisory for the chemicals of 70 parts-per-trillion, but some states, including New Jersey, have adopted lower acceptable contamination levels.

Reed, with the Union of Concerned Scientists, noted if a MCL is created for PFOA and PFOS, it would trigger much more monitoring. For example, water systems would be required to provide water quality reports showing how much of these chemicals are found in their systems.

The Environmental Working Group estimates 110 million Americans drink water with dangerous PFAS levels. EPA estimates PFAS have been found in the blood of 98 percent of Americans.

A report released last year by the Agency for Toxic Substances and Disease Registry (ATSDR), found PFAS chemicals can endanger human health at levels 7 to 10 times lower than the EPA says is safe.

The report, or toxicological profile, draws upon the best available research. At 852 pages, it is aimed at giving public health officials a comprehensive picture of how fluorinated chemicals may affect human health as well as highlight the different ways people may be exposed to them.

The study finds people are exposed to fluorinated chemicals in a variety of ways including through contaminated soil and water, food packaging laced with the chemicals, and some more directly by living near plants that manufactured C8.

It also finds exposure to high levels of some fluorinated chemicals may affect fertility, increase cholesterol levels and increase the risk of thyroid disease.

David Andrews, senior scientist with Environmental Working Group, said there is already an overwhelming body of scientific evidence about the health impacts of PFOA and PFOS, informed largely by a study conducted in the Ohio Valley following a settlement agreement with DuPont.

“At this point there is close to or over 100 studies of their impact on human health really indicating the potential to cause impacts to our immune system, reproduction, development as well as all the other health effects including cancer, impacts on liver, kidney,” Andrews said. “Really, it’s just an incredible range of our bodies’ functions that these chemicals can really interrupt and disrupt.”

He noted the agency’s new plan does not address the thousands of other chemicals in the PFAS class, many of which researchers know little about. In the United States, more than 600 PFAS chemicals are allowed for use. EPA said it intends to do toxicity assessments for a handful.

“It was very much unclear what if any action they would take for other chemicals in this class,” Andrews said.

Cincinnati-based attorney Rob Bilott successfully brought a class action lawsuit against DuPont, representing more than 70,000 people affected by the company’s dumping of C8, or PFOA, in communities in the Parkersburg, West Virginia, and Marietta, Ohio, area.

Bilott said in a statement that EPA has for years shrugged off taking action and this latest plan followed the pattern. During the course of the litigation against DuPont, which lasted more than two decades, internal communications from the company were made public that showed the company knew about the chemical’s health effects since the 1950s.

In 2001, Bilott wrote to the EPA detailing what DuPont knew. Fifteen years later the agency released its health advisory.

The agency said it will “explore” placing PFAS chemicals on its Toxics Release Inventory. If completed, that would allow for better tracking of how they are released into the environment.

EPA’s action plan states it intends to include PFAS in next Unregulated Contaminant Monitoring Rule, or UCMR. During the last round of testing, EPA found that 1.3 percent of the public water systems monitored had concentrations of PFOA and PFOS that were greater than the agency’s health advisory limit.

When asked at what level the agency would screen for PFAS chemicals, Wheeler said career staff would make that determination.