More than 90 percent of the nation’s regulated coal ash repositories are leaking unsafe levels of toxic chemicals into nearby groundwater, including ash sites at more than 30 coal-fired power plants in the Ohio Valley.

A new analysis released Monday by the Environmental Integrity Project and other advocacy groups looked at federally-mandated groundwater data from 265 coal plants and their more than 550 coal ash sites across the country.

The data show unsafe levels of pollutants including lead, arsenic and mercury are leaking into nearby groundwater from coal ash sites at 14 coal-fired power plants in Kentucky, 10 in Ohio, and 7 in West Virginia. 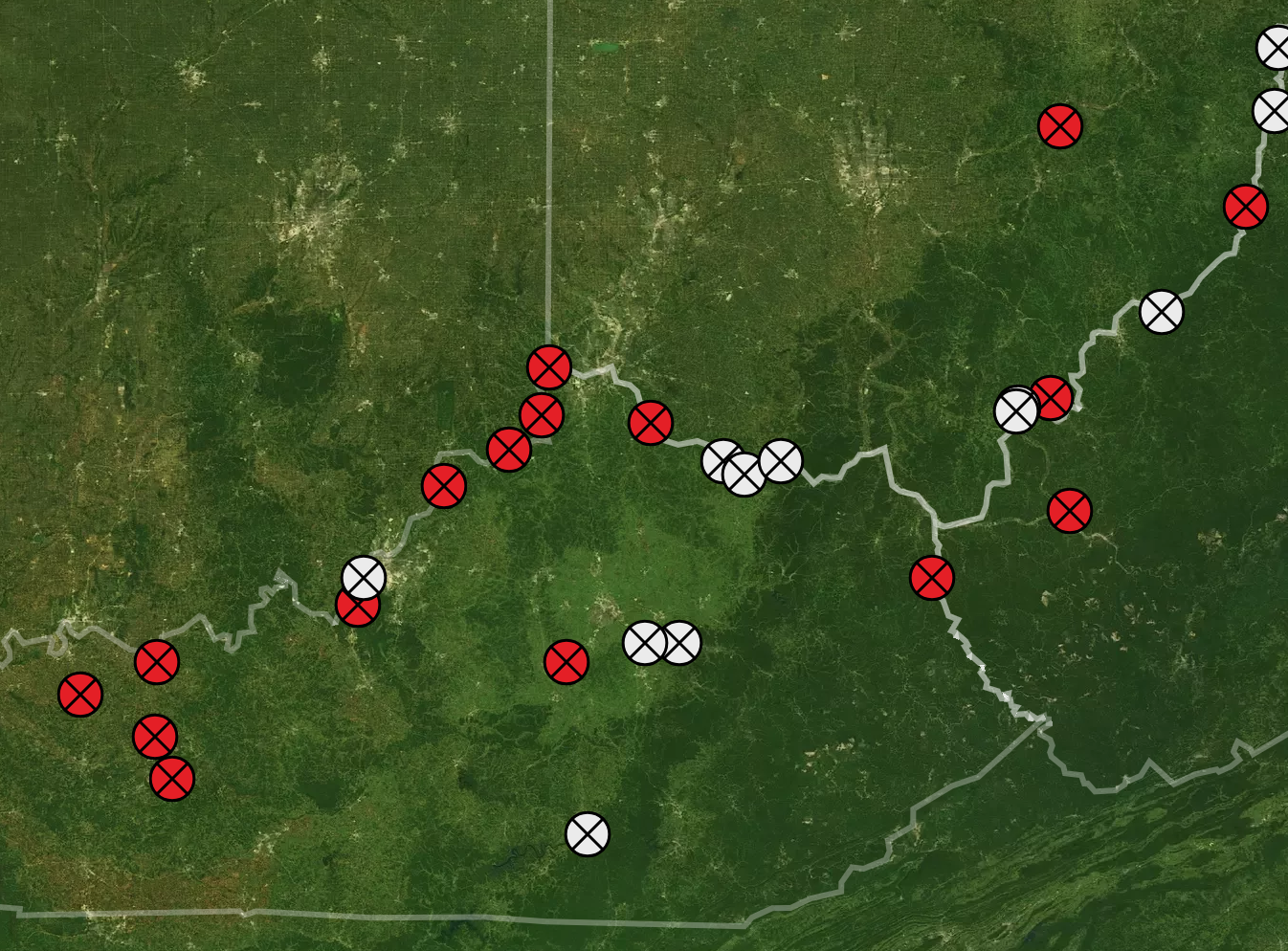 “This is a crisis because coal ash is poisoning an invaluable and irreplaceable resource,” said Lisa Evans, senior counsel with the environmental advocacy group Earthjustice, and one of the co-authors of the report. “Even if this water is not now used for drinking, contaminated groundwater flows to lakes and streams and can contaminate these waters making them unsafe for fishing, recreation and irrigation.”

The groups analyzed industry-supplied groundwater data required by the U.S. EPA under its 2015 coal ash rule. The Obama-era regulation requires utilities to not only conduct groundwater monitoring at ponds and landfills, but close leaking ash ponds and clean up polluted groundwater.

The first round of data was posted last spring and includes eight rounds of testing for 21 pollutants.

While the 2015 rule does not apply to all coal ash sites across the country, Abel Russ, senior attorney with the Environmental Integrity Project and lead author of the report, said the new analysis provides the most up-to-date picture of how pollutants contained in coal ash are leaching into the environment.

“Our report provides a unique, nationally comprehensive snapshot of the industry and it’s confirmed that virtually all coal plants are contaminating groundwater,” he said.

The report’s findings mirror those published last year by the Ohio Valley ReSource and member station WFPL. In Kentucky and West Virginia, every power plant covered under the EPA rules had coal ash waste sites with evidence of contaminated groundwater.

In some cases, the data showed levels of pollutants many times higher than the federal drinking water standards. For example, coal ash sites near West Virginia’s Pleasants Power Station had levels of the neurotoxin arsenic 16 times what the EPA deems safe. The radioactive and cancer-causing pollutant radium was found at levels six times higher than acceptable.

The groundwater data was collected close to the unlined coal ash pits and landfills. More testing is needed to determine to what extent those contaminants affect drinking water.

Kentucky’s Ghent Generating Station — located along the Ohio River about an hour northeast of Louisville — ranked among the 10 worst contaminated coal ash sites in the country.

The report’s authors said in light of their findings, federal and state regulators must move to regulate all coal ash repositories and quickly.

However,  the Trump administration has moved to weaken the 2015 coal ash rule.  The EPA extended the deadline for utilities to stop using some coal ash ponds by more than a year, and has allowed utilities to assure regulators that leaking contaminants won’t get into groundwater. It is expected to release further changes to the rule this year.