Toyota’s plant in Georgetown, Kentucky, already the largest Toyota facility in the world, will get a $238 million boost.

“It gives me much pleasure to announce that beginning in May, TMMK will begin producing the Lexus ES 300 Hybrid,” said Susan Elkington, president of Toyota Motor Manufacturing Kentucky.

The facility will also increase production of the hybrid RAV4. 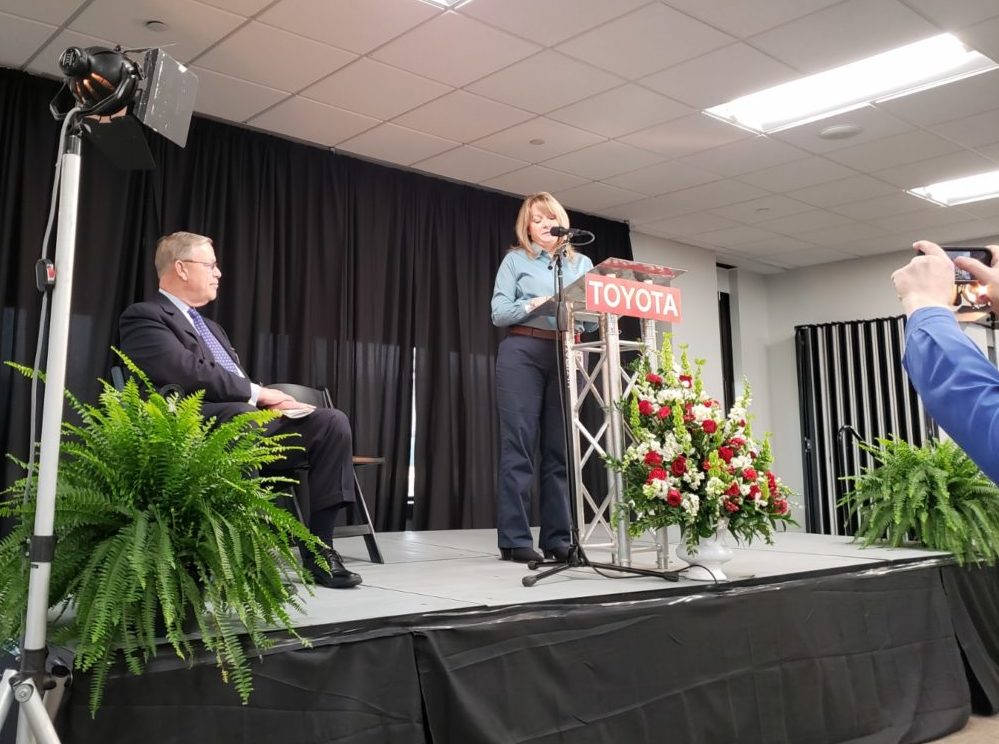 At the same time Elkington made her announcement, her colleague in Putnam County, West Virginia, shared news of an expansion there. Toyota Motor Manufacturing West Virginia President Leah Curry said her facility will double production of the transaxles used in hybrid vehicles. 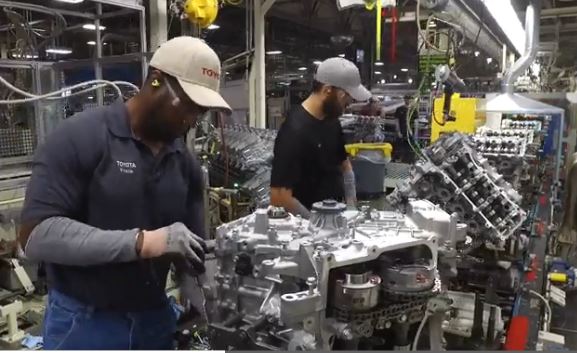 Workers in the Toyota WV facility.

“And I’m also excited to announce that to meet these production needs we are going to add another 123 jobs,” she said.

The West Virginia facility will expand with a $111 million investment.

The announcements come on the heels of another Toyota investment in the region that reflects a shift to cleaner vehicles and greener operations. Toyota will purchase power from a large solar array to be constructed on a former surface coal mine in eastern Kentucky.

Shortly after Toyota’s announcements President Donald Trump took to Twitter to weigh in.

“The USMCA is already fixing the broken NAFTA deal,” Trump wrote in his tweet, a reference to the U.S. Mexico Canada Agreement. That agreement includes a provision that 75 percent of an auto’s components be manufactured in one of the three countries in order to avoid tariffs. NAFTA has a similar requirement set at 62 percent of auto components.

Trump and leaders of Mexico and Canada signed that agreement in November, however it has not been ratified by Congress, so NAFTA remains in effect. It is not clear how USMCA would have influenced or affected Toyota’s investment decision, as Trump claims, given that it is not yet in effect. Toyota representatives declined to comment on Trump’s tweet.

Other automakers in the region have been sharply critical of the Trump administration‘s trade policies, including tariffs on aluminum and steel. Misti Rice directs government affairs for Magna International, an automotive supplier with about 19 locations in the Ohio Valley region. She said last year that Magna has lost tens of millions of dollars due to the steel and aluminum tariffs.

“We believe that this is an industry under siege,” she said.

Automakers are anxious about another Trump proposal to impose tariffs on vehicle imports on the basis of protecting national security. Automakers warn that could sharply increase prices and push down consumer demand.