Drug maker Gilead Sciences will give $11.3 million to help prevent and treat hepatitis C in Kentucky, Indiana, West Virginia, Tennessee and North Carolina. That money is part of a five-year project aimed at a region that’s been hit hard by the viral disease.

About 43,000 people in Kentucky have hepatitis C, according to recent estimates from Emory University.

A 2017 report showed Kentucky, Tennessee, West Virginia and Indiana are among seven states with rates of hepatitis C infections that are twice the national rate. Nationwide, the number of new hepatitis C cases increased by about 300 percent from 2010 to 2015, according to the Centers for Disease Control and Prevention.

That increase was mainly driven by the use of heroin and other injection drugs. And that increase in incidence also led to more deaths from diseases of the liver that develop because of hep C. About 300 Kentuckians died in 2016 from causes related to hep C.

The money from Gilead will go toward programs that give people who use drugs clean needles and syringes, hep C screenings, and treatment. It may also go to health education about hep C and reducing the stigma that patients might face in seeking care.

Gov. Matt Bevin spoke at the event Thursday announcing the funding. He addressed people who may object to providing clean needles, screening and treatment for those who contracted hepatitis C from drug use. 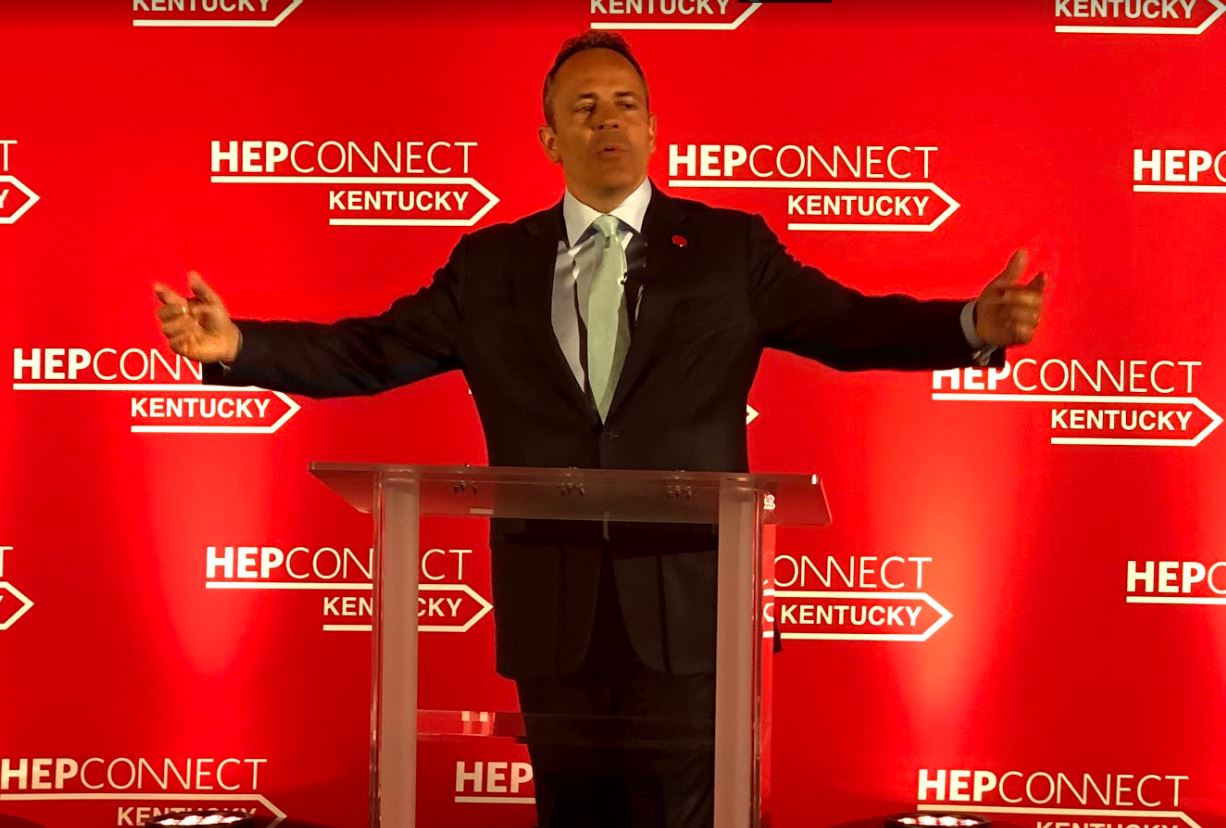 Kentucky Gov. Matt Bevin at an event announcing the donation.

“For the crass, money-pinching people who only care about what it’s costing them and their tax dollars, think about this: the vast majority of people with hep C are on some sort of governmental assistance,” Bevin said, noting that the cumulative costs for medical services for patients with hep C that is left untreated can exceed $200,000.

The national Harm Reduction Coalition and Gilead will hold meetings with stakeholders in states to better assess needs in specific communities. Harm Reduction Coalition Capacity Building Services Director Emma Roberts said her group will put out requests for proposals to get a chunk of the money in the fall, with awards expected to flow shortly after.

Roberts said an example of a project could be a syringe exchange that might expand services into HIV and hep C testing. 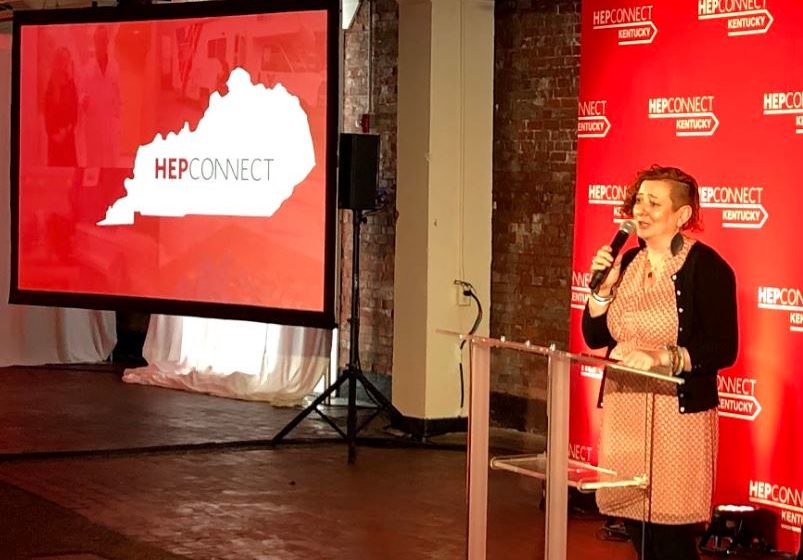 “If it’s a health department that’s already providing the testing services, how can they maybe integrate a syringe service program?” Roberts said. “Because this is new for a lot of people in this region, they’re still learning about the best practices and the ways to do this.”

In 2017 Kentucky’s Medicaid program eliminated a requirement that enrollees who needed hep C treatment must first be drug-free. Roberts with the Harm Reduction Coalition said that’s a pretty common requirement in other states. This, she said, just leads to greater spread by denying service to people in addiction.

Gilead brought the first hep C treatment, Sovaldi, to market in 2014. Even with Medicaid paying for treatment, the drug is expensive. Sovaldi cures most patients but at a steep price: $55,000 to $95,000 for the course of treatment that lasts about a year. Last fall the drug company announced it would sell a generic version that would cost $24,000.

Last year Gilead also donated $50 million in its hep C treatment to the University of Kentucky, which received a federal grant to decrease the rate of hep C in Perry County.