Donate Now!
Remembering A Coal Miner Who Stood Up For Those With Black Lung

Robert Bailey started mining coal in southern West Virginia’s McDowell County in the 1970s. By the time he retired from the Patriot Coal Company 36 years later he was already having trouble breathing. By the time I first interviewed Bailey in 2014, his black lung disease had become severe.

“I’m in the process of a lung transplant,” he explained. But an insurance company was protesting further treatment. “It’s a struggle just to receive the help that you still need,” he said between puffs of air from an oxygen tank. 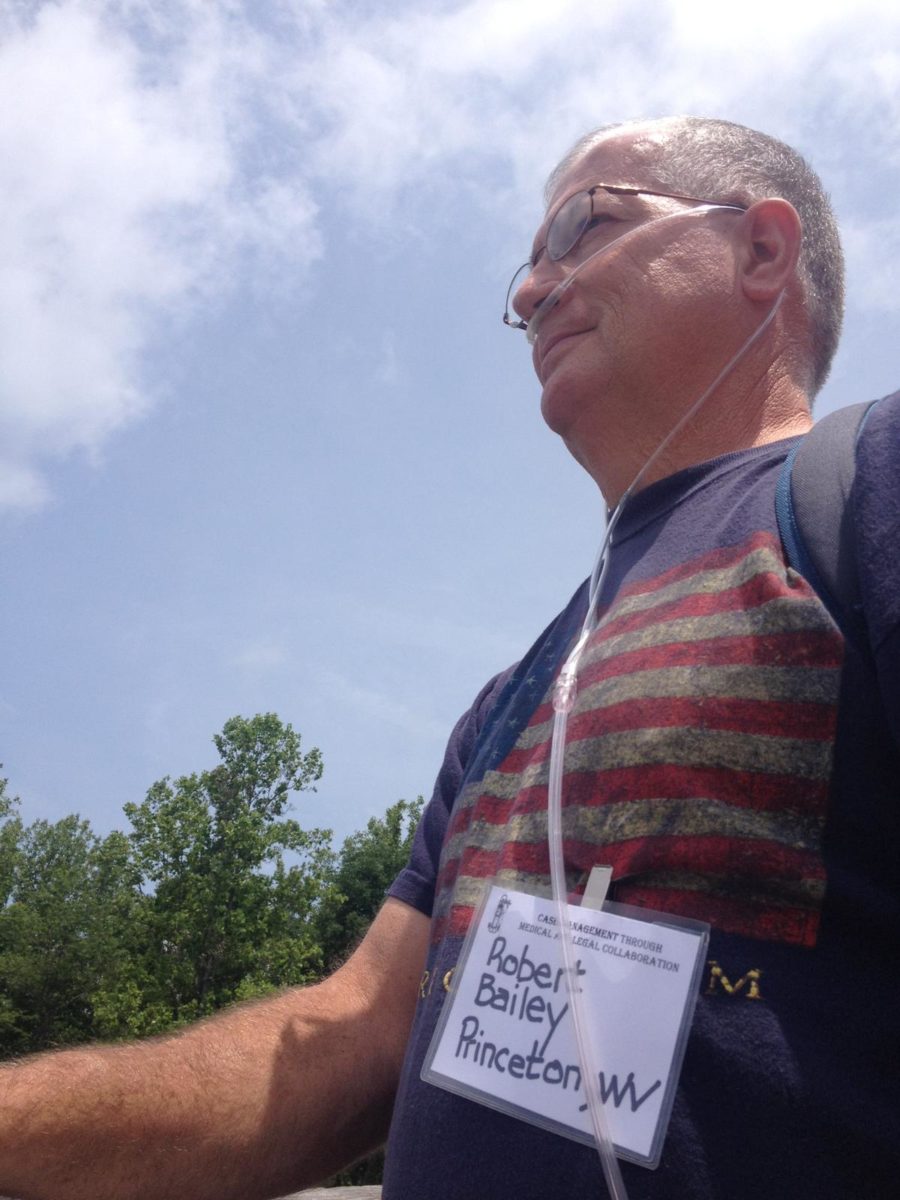 Robert Bailey at the West Virginia Black Lung Conference in 2014.

Bailey was waiting to hear if Patriot Coal’s insurance company would approve his appointment for a medical evaluation. Bailey had already been approved for federal black lung benefits and his doctor told him he needed the lung transplant.  As he waded through another bureaucratic process, he knew the clock was ticking.

“They don’t think that my lungs have very much life left in ‘em,” he said. “But now I’m in a waiting game of waiting on the insurance to verify their approval.”

The surgery was approved four months later. But by the time Bailey received a new pair of lungs,  Patriot Coal was bankrupt. Bailey says he instead relied on a federal fund that pays to treat sick miners when no responsible company can be found. Not long after his surgery, I visited him again.  The transplant had given Bailey the opportunity to spend more time with his family, especially his grandchildren.

“They’re just growing up and the next thing you know they’re gonna be grown like I am. And if I hadn’t had this time added to my life, I would have missed all of that.”

As black lung disease surges in the region there has also been a dramatic increase in lung transplants. Bailey was one of 62 miners to undergo the risky and expensive surgery in the past two decades.

Those miners also face an adversarial system that often delays or denies benefits for sick miners. The bureaucracy is made worse by the wave of bankruptcies among mining companies. All that has put more pressure on the federal trust fund for sick miners, which is already billions of dollars in debt.

Bailey knew these issues perhaps better than anyone. He lived through them all.

Bailey also used his added time to become an advocate for miners.

“I’m hoping that through my experience other people could maybe have better results with the issues that come up against them,” he said.

He spoke twice to Congress, urging lawmakers to act on the backlog of black lung cases.

“I don’t want the things I went through just to drop and no knowledge to be gained, no people to be helped,”  he said. 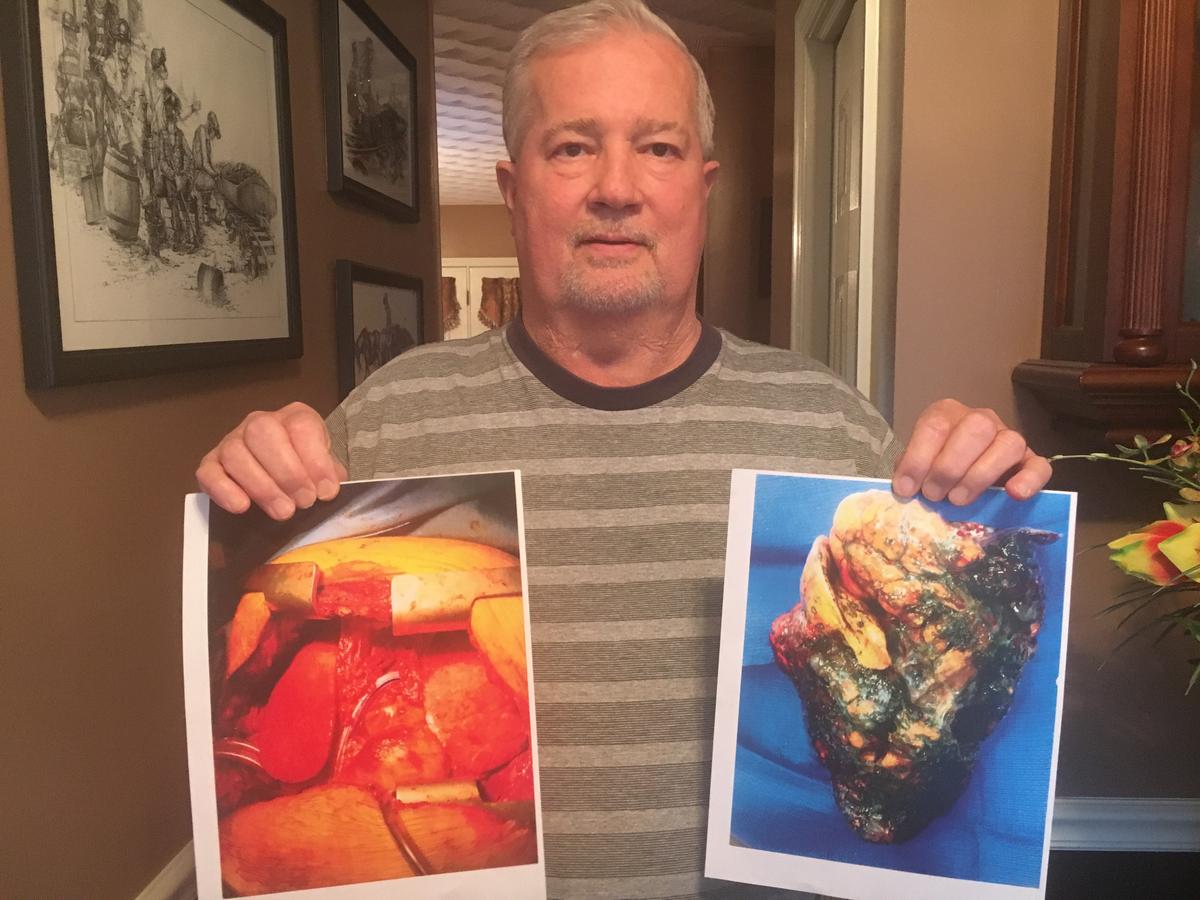 Robert Bailey with photos of his lungs before and after a transplant.

Early this year Bailey learned that he had an aggressive form of  liver cancer. Doctors gave him weeks to live. At our last visit he was on hospice care.

“It wasn’t really news that I was looking forward to hearing but I know it was news that we would have to deal with,” he told me. “But God gave me my first breath, he’ll take my last one.”

Robert Bailey died 28 days after our last conversation. He told me that he was grateful for the extra years he gained from his surgery. But his wish was that no one should have to suffer from the disease.

“It would be so much better in the long run if the disease itself would be conquered,” he said.

Next month, miners, doctors, lawyers, and researchers will meet in Pipestem, West Virginia, for an annual black lung conference. It’s the place where I first met Robert Bailey when he was looking for answers, medical records in hand, almost five years ago.