A new report from the Appalachian Regional Commission shows that Central Appalachia lags behind other parts of the region in employment, household income, and other key measures.

The data come from the American Community Survey, which is similar to the census and tracks county-level data over five-year periods. Researchers often use the survey to understand trends over time.

The Appalachian Regional Commission, which analyzed the ACS data, separated Appalachia into five subregions. In many key metrics, Central Appalachia, which includes parts of Kentucky and West Virginia, lagged behind other subregions.

Appalachia as a whole has grown in population by 1.4 percent since 2008-2012, the last survey period, well below the national rate, but Central and South Central Appalachia lost population.

And Central Appalachia had by far the lowest median household income at about $35,862, while the region as a whole was nearly $48,000. 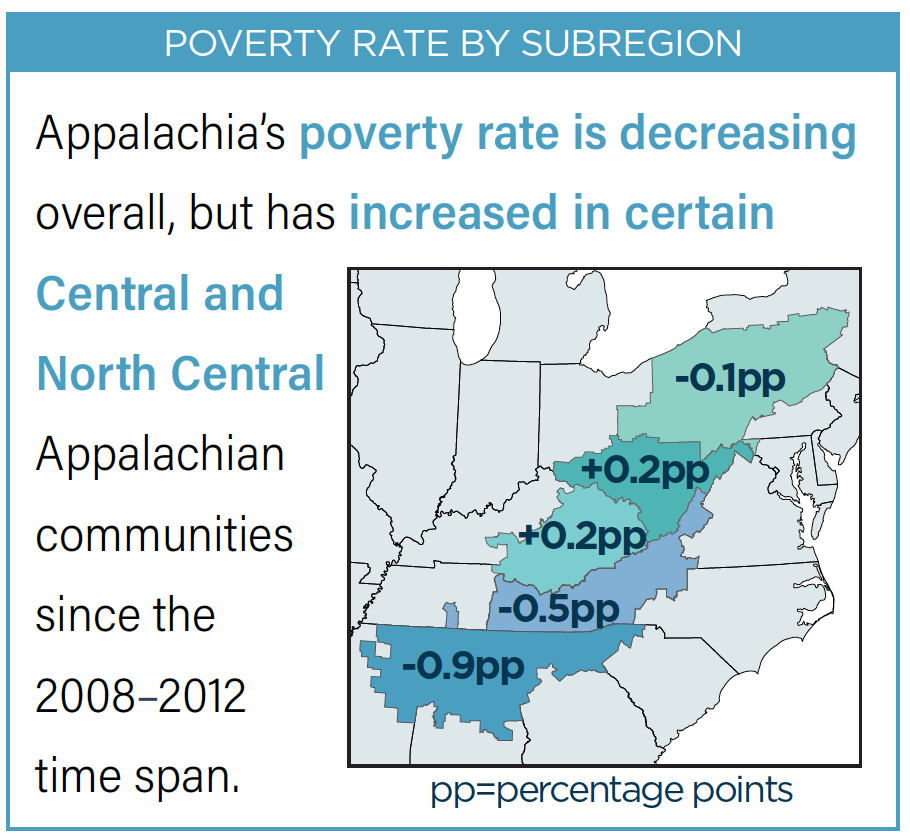 Central and South Central Appalachia lag behind other subregions in change in poverty rate.

The trends will resonate with residents of Central Appalachia, who have long worried about working-age adults pursuing careers elsewhere, leaving a poorer, aging population behind.

Wendy Wasserman, a spokesperson for the Appalachian Regional Commission, said the survey did not analyze the causes or consequences of the data.

“What the report does show is a couple things,” Wasserman said. “As we know, Appalachia is not an entire region having the same experience from Northern Mississippi to Southern New York. There are variations across the region itself, and every region has its own challenges, its own opportunities, and its own way of being.”

The ARC analysis includes for the first time information on access to transportation, Internet and digital devices down to the county level. Because this is the first survey period to include that information, it is more difficult to draw conclusions about trends over time, but the data still reveals disparities across Appalachia that can help ARC and other grant-making organizations more closely target grant funding and other resources.

In transportation, Central Appalachia was generally in line with the rest of the region in access to a vehicle, commute times, and percent of workers who drive to work alone.

Wasserman said ARC was hopeful the new data points on tech and transportation would serve as a baseline for future improvements.

The report is not entirely negative. Although in many cases Central Appalachia lagged behind other subregions, Appalachia as a whole saw improvements in income and poverty metrics. Appalachian Kentucky saw the largest decrease of all Appalachian states in poverty among residents over the age of 65. 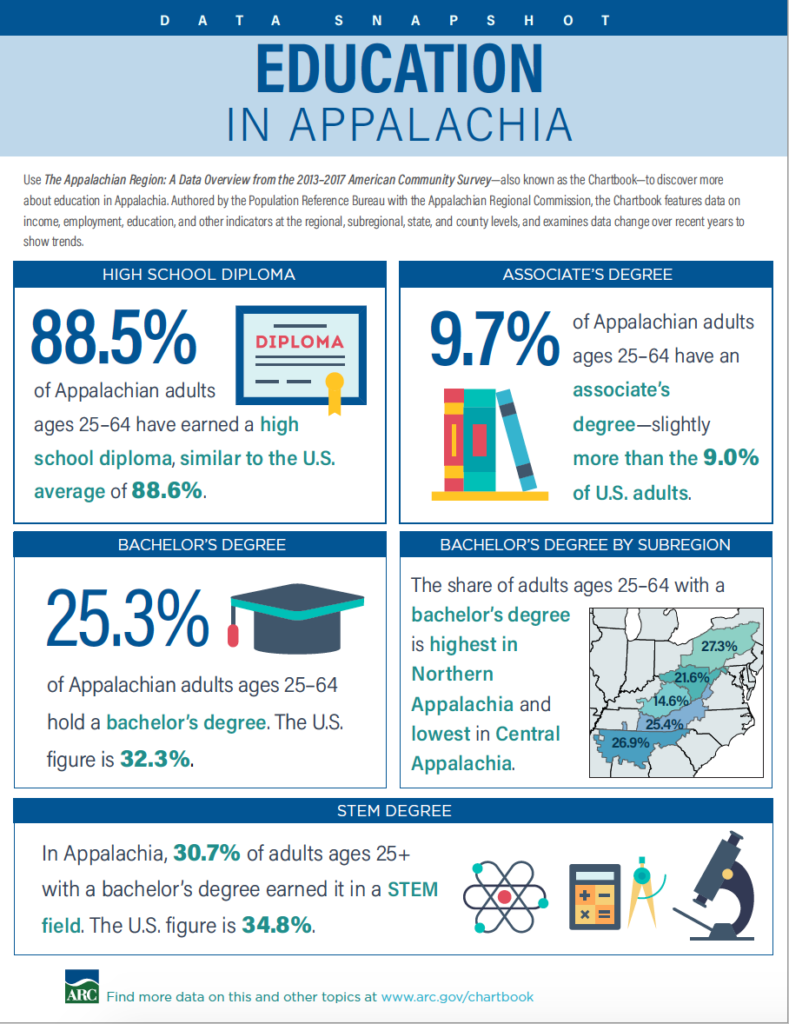 Wasserman said even though unemployment in Appalachia remains higher than the national average, it still went down across the region.

“High school [graduation] rates have been stronger, rates of degrees from community college are higher, graduation rates from Bachelors are better,” Wasserman said. “And that to me is exciting because that’s an indicator of optimism, as it were.”