Hit Hard By Opioids, West Virginia Hoping Athletics Can Be A Game Changer In Addiction

West Virginia officials say the state’s passion for sports can be used to influence young people to learn about opioid use disorder and help prevent the next generation from entering the epidemic.

“People are crazy about athletics,” WVSSAC Executive Director Bernie Dolan said. “I think we need to take that and run with it.” 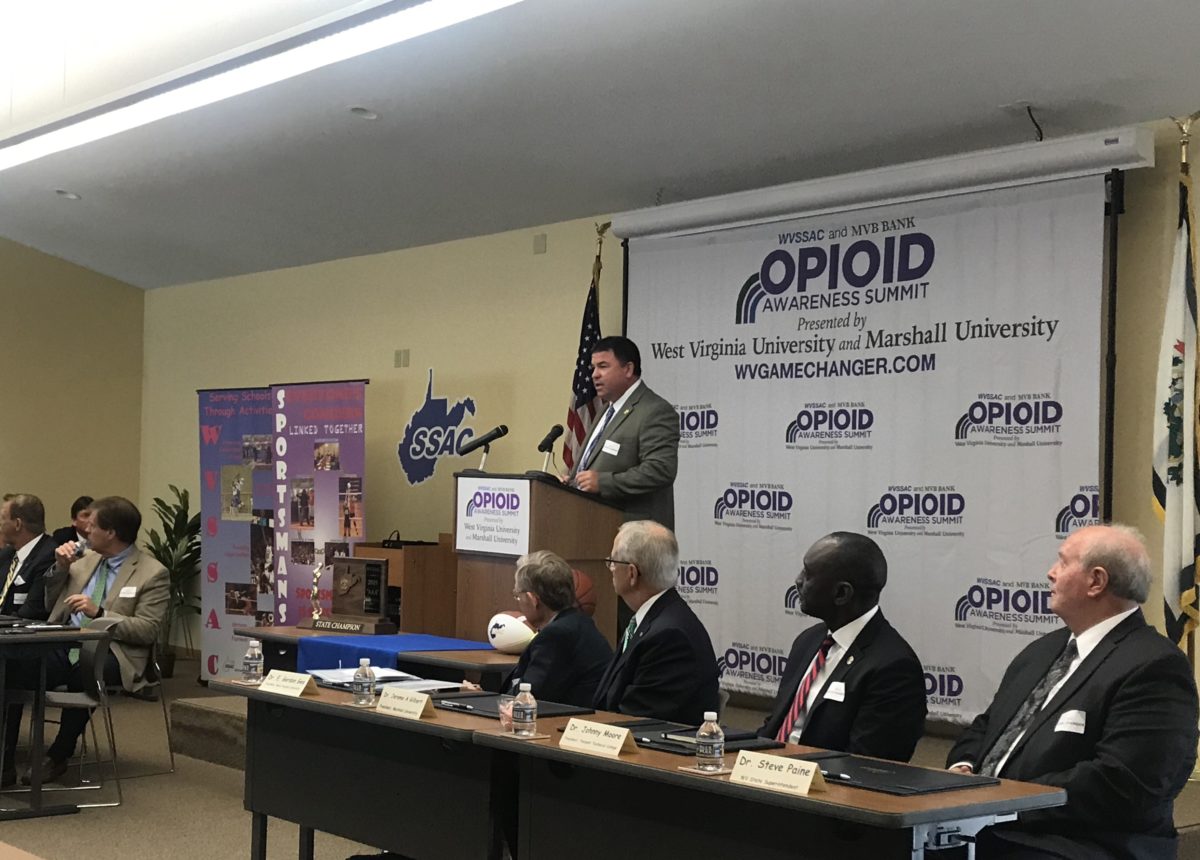 Those who attend the event, coordinated for the commission by JB Business Strategies, will feature speakers Chris Herren and Rhonda Sciortino. Herren is a former NBA player in recovery from an opioid use disorder. Sciortino overcame trauma from living in a household that dealt with substance use to build a life of affluence.

Substance use prevention specialists from Marshall and WVU will be coordinating the curriculum for the summit using evidence-based strategies.

“They have the science. They have the studies,” Dolan said. “What we have is access. We wouldn’t be able to get off the ground without both Marshall and WVU.”

Dolan feels that athletic programs have a duty to help end the state’s opioid epidemic in any way they can.

Marshall University President Jerome Gilbert said it is important their student-athletes are involved as they serve as role models to the young students. But it’s also important that those implementing prevention strategies for the university’s plan in addressing the opioid epidemic be involved, too.

“We’ve got to reach out to children with a different message than what we reach out to adults with,” he said. “It’s got to be a multi-faceted approach and prevention is going to be a very important component of it.”

The summit is described by organizers as the “kickoff to an extensive initiative focusing on prevention coupled with compassionate treatment programs and educational and employment opportunities.”

Gov. Jim Justice’s office, the state Board of Education and Pierpont Community and Technical College are also involved with the summit. Businesses around the state will have an opportunity to partner with the event, as well.

West Virginia had the nation’s highest rate of fatal drug overdoses in 2017 with 57.8 deaths per 100,000 people, according to the Centers for Disease Control and Prevention.

While deaths due to prescription opioids have started to decline, synthetic opioids have fueled the continued crisis.

An investigation of CDC data by The Washington Post found Cabell County, West Virginia, where Marshall University is located, had the highest annual rate of synthetic opioid deaths from 2013-2017.

The summit is scheduled for Sept. 17 at the WVU Coliseum in Morgantown, West Virginia, and Sept. 18 at the Cam Henderson Center on Marshall’s campus in Huntington, West Virginia.