West Liberty University Professor Zachary Loughman has dedicated his professional life to crustaceans – specifically freshwater crayfish. He dips his hand into one of the water tanks at his laboratory near Wheeling, West Virginia, to pick up a teal crayfish the size of a dollar bill.

His team has been all over Appalachia and the Ohio Valley searching streams, wetlands, and marshes to document thousands of crayfish, some of them undiscovered species. His students even named one after him. 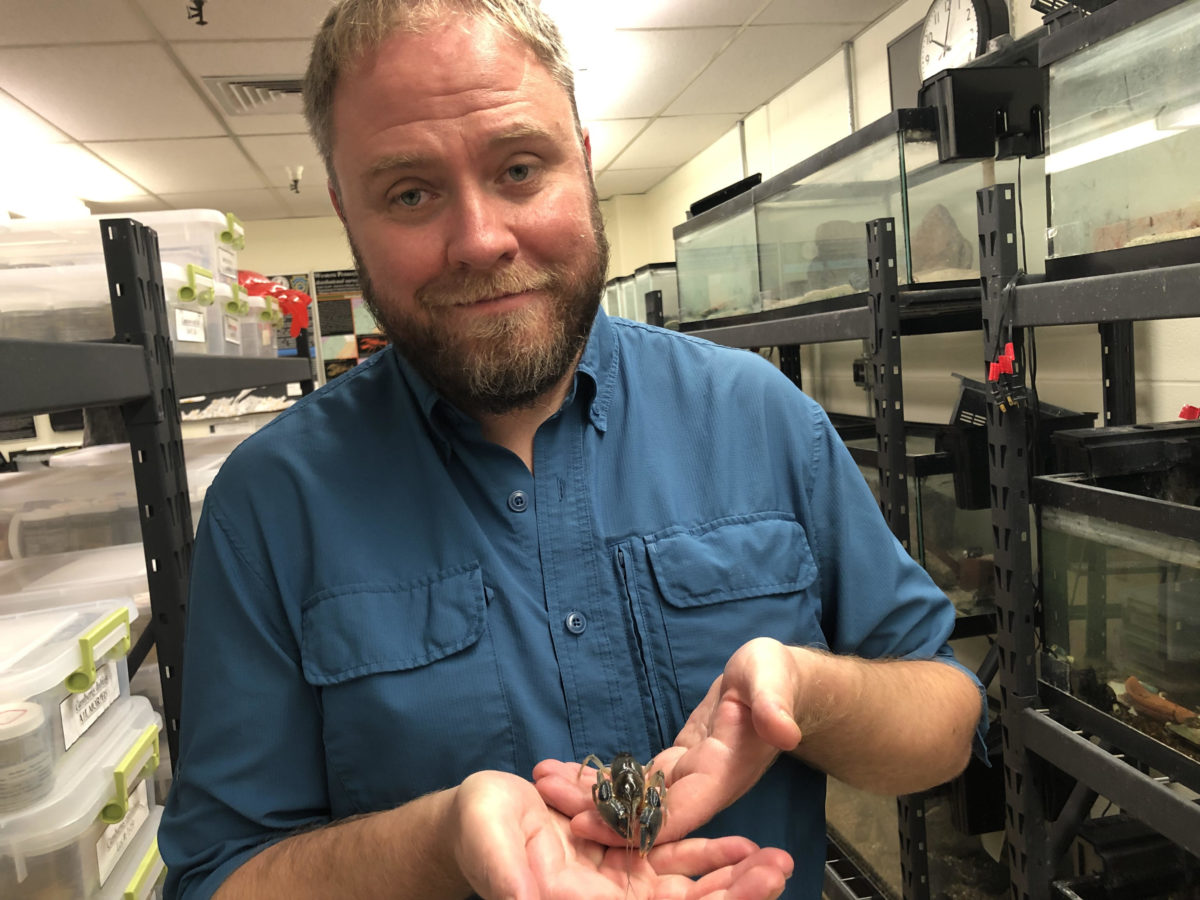 Zach Loughman poses with a crayfish at his laboratory at West Liberty University, West Virginia.

“So when we’re out looking for our crawfish, we’re flipping rocks and letting our ‘inner ten-year-old’ fly, but we’re doing it in a scientific way,” Loughman said. “I got to go to all the places I love to be, because I like water, so.”

Yet with each new species Loughman discovers, he worries that the habitats of these unique animals may be at risk in the future. Some crayfish he studies live in wetlands and streams that are considered “ephemeral,” which means they only occasionally have water during events like heavy rainfall.

The U.S. Environmental Protection Agency will decide over the next six months whether to follow through with a Trump administration executive order that would dramatically change federal protections for such streams and wetlands.

The proposed revision would roll back an expanded Clean Water Act rule from the Obama administration, that included protections for ephemeral streams and wetlands in something called the “Waters of the United States,” or WOTUS.

In the Trump administration’s revision, ephemeral streams and wetlands would not be protected, and that concerns Loughman.

“I don’t know a single aquatic conservationist or biologist – and I know a lot of those kind of people – who thinks ‘yeah, this rule is great.’ I don’t know anybody who thinks this rule is good, or even OK,” Loughman said. “So when you have an entire community of people whose job it is  to generate the science that this rule is based off of, that are all unified and are emphatically saying, ‘this is a disaster,’ then that is a tremendous amount of evidence that this is a disaster.”

Members of the EPA Science Advisory Board in early June questioned the science backing the Trump administration’s revised WOTUS rule. 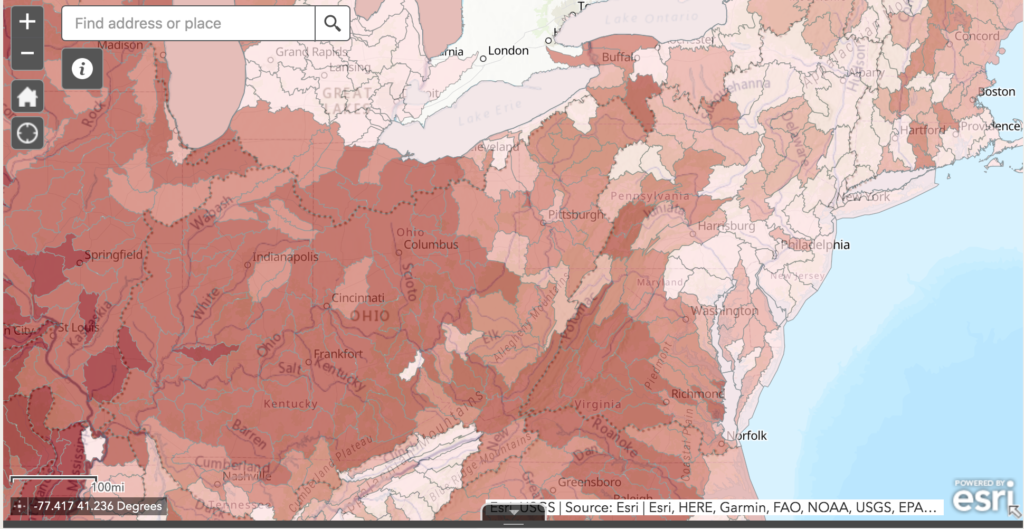 Click to explore your area’s streams with this interactive map from Trout Unlimited. The group advocates for the Obama-era version of the WOTUS rule.

Scientists and biologists, including Loughman, worry that if ephemeral streams and wetlands don’t have federal protection, it could lead to pollution of watersheds, a loss of water quality and aquatic wildlife, and the potential for more dangerous flash flooding as climate change intensifies.

The EPA received over 600,000 public comments this spring on the Trump administration’s revised WOTUS definition, including from the Ohio Corn and Wheat Growers Association, the Kentucky Coal Association, and the Kentucky Waterways Alliance.

Some comments criticizing the proposed rule change cited the work of Ohio State University School of Environment and Natural Resources Professor Mazeika Sullivan, who has studied wetlands throughout Ohio and contributed to a study on the ecological role of the nation’s ephemeral waterways.

“If this were to go into law, we’d lose protections for millions of acres of wetlands. Millions of miles of streams,” Sullivan said. “I think folks don’t necessarily understand just the services they provide.”

Sullivan said the Ohio Valley could see more streams become ephemeral in the future, as climate change is predicted to increase drought conditions.

“An intermittent stream today could become an ephemeral stream in the future, and then it would fall out of protection,” Sullivan said. “And we’re seeing that, at least anecdotally, in areas of Ohio.”

Sullivan also helped review a 2015 EPA report that detailed how ephemeral streams and wetlands, while not having regular flowing water, are still connected to and contribute to the quality of larger downstream waters. Essentially, water that flows from ephemeral bodies eventually ends up in streams and rivers.

“Once you degrade these systems, you can’t just turn them around and snap your fingers and say, ‘OK, we’re going to restore them,’” Sullivan said. “Once we go down this path, it’s a very slippery, slippery slope.”

The Obama administration cited that report when expanding the definition of WOTUS protections to include ephemeral streams and wetlands. But land developers, the coal industry, and agriculture interests pushed back, arguing that vague language in the rule could put excessive regulation on businesses and farms.

Kentucky soybean farmer Larry Thomas is one of those farmers against the Obama-era definition of WOTUS and in favor of the Trump administration’s revision.

Sporting a white beard, he stands among tall weeds on his farm near Elizabethtown, Kentucky, to point over at a nearby creek bed. 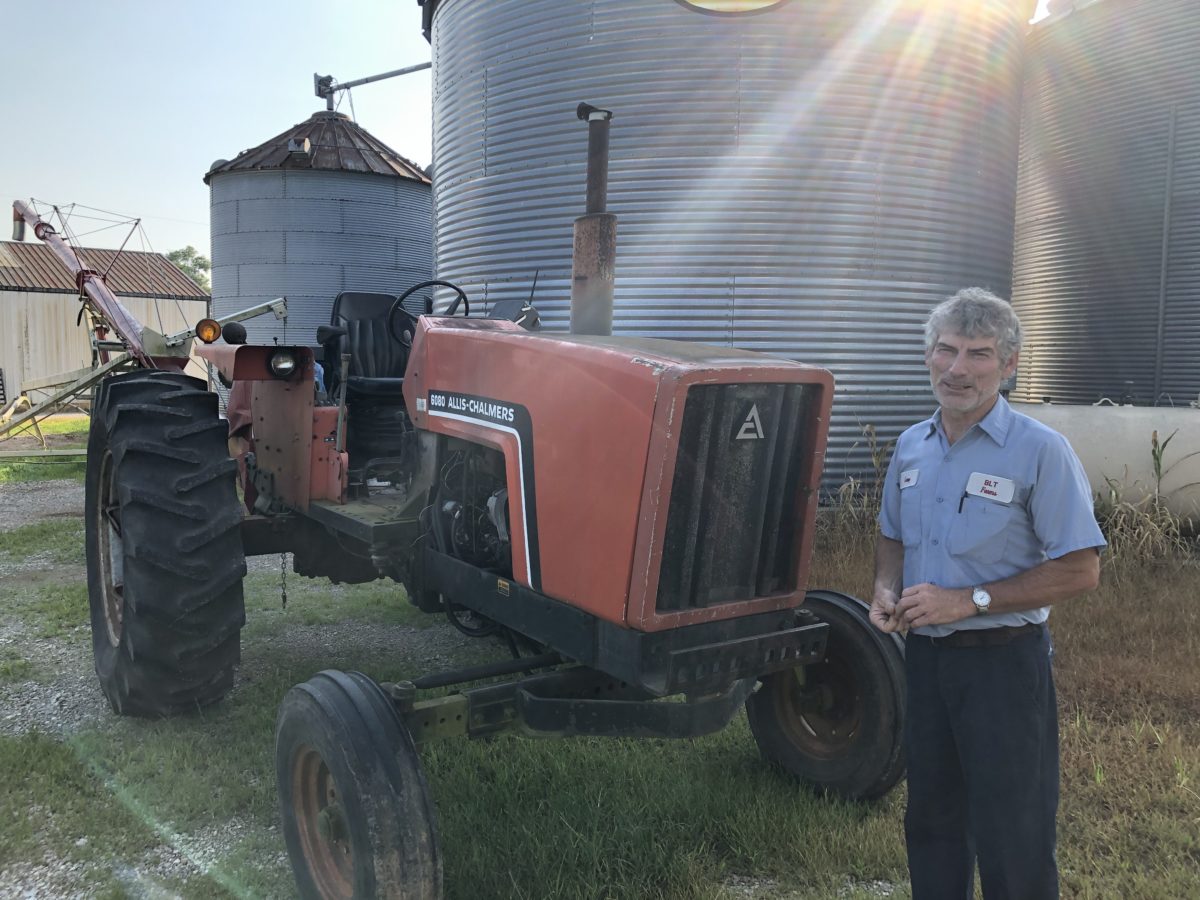 Soybean farmer Larry Thomas with an old tractor on his farm in Hardin County, KY.

“Talking about ephemeral streams, this stream, and I don’t know where it stops – somewhere on the other side of Bacon Creek Road – will not run year-round,” Thomas said.

Thomas said he was worried the Obama-era definition of WOTUS was too vague, and that federal regulators could extend the language to require regulation of things like water retention ponds on his farm.

“They want to grab another tributary and bring it into that,” Thomas said. “And we have to say somewhere, where does this stop? Otherwise we wind up in people’s yards.”

He believes the Trump administration revision of WOTUS provides more clarity for farmers on what water bodies are regulated.

Thomas mentioned specifically, under the revision, that it’s easier to determine whether wetlands are protected by having a surface water connection to other protected streams and rivers. Thomas also said regulation of ephemeral streams and wetlands should be left to the states.

But other area farmers believe such concerns are misplaced and that they, too, benefit from protected streams.

Laura DeYoung raises sheep in northwest Ohio, and is a member of the Ohio Farm Bureau and the Ohio Ecological Food and Farming Association. She supports the Obama-era rule because of the expanded protections it provides for wetlands, and she points out that the 2015 rule explicitly exempted agriculture from any new regulation. She trusts the EPA in its exemption of agriculture.

“What happens upstream impacts what happens downstream,” DeYoung said. “I just think there are better battles to fight, and this isn’t a battle [farmers] need to fight.”

DeYoung said she hasn’t noticed a difference in how her farm has been regulated when the Obama-era rule went into effect in Ohio, the only state in the Ohio Valley where the rule is currently enacted. The Southern District Court of Ohio in March refused to issue an injunction to stop the implementation of the rule in the state. 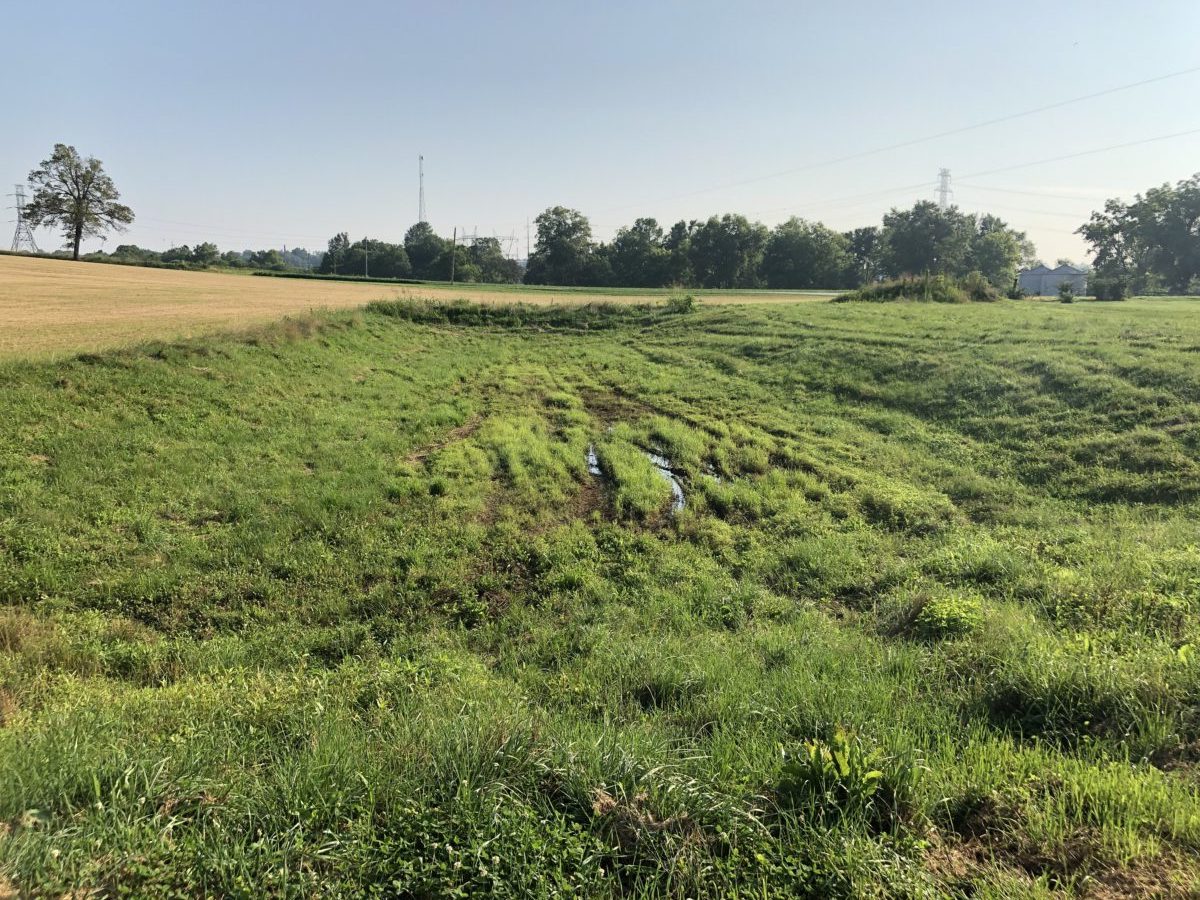 Farmer Larry Thomas fears this retention pond could be regulated.

The Obama-era rule is enacted in a total of 22 states, but ongoing litigation stopped its implementation in other states, including Kentucky and West Virginia.

“I think as soon as the Trump administration finalizes their rule, which I anticipate that they will, I think there will be dozens of lawsuits filed the very next day,” Richardson said. “It’s just going to wind its way through the courts for five years, ten years – who knows?”

Richardson said that Congress could step in to define WOTUS and help end the court battles, but he didn’t think that was likely. A Senate hearing on WOTUS in June had senators expressing interest to redefine the Clean Water Act, but lawmakers offered no definitive steps forward.

An EPA spokesperson said the agency expects to take a final action on the Trump administration’s revised definition by December.