Meet The Little Green Clover That Beat The Odds 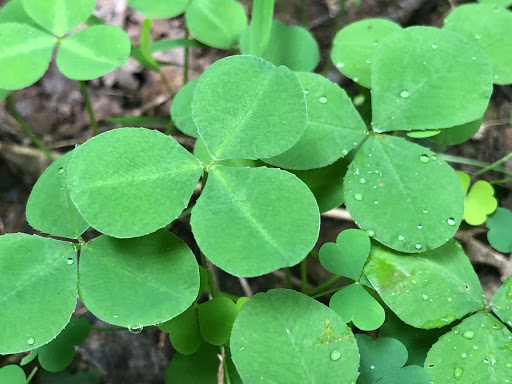 Running Buffalo Clover in the Fernow Experimental Forest in WV.

It’s a plant we all know and love, or we think we do: the clover. But one species of clover was thought to be extinct until someone found it in West Virginia 30 years ago. Biologist Rodney Bartgis recalls his discovery was met with some skepticism by a colleague.

“We were walking along the trail and I said, ‘Hey there’s Running Buffalo Clover!’ And he said, ‘No, it’s extinct.’ And I said, ‘That’s IT!’ And he bet me a steak dinner that it wasn’t,” Bartgis said. “I got that steak dinner.”

Bartgis was working for the Nature Conservancy at the time, fresh out of graduate school. He was working on an inventory of rare plants for the organization and spotted the clover while surveying the New River Gorge. After he reported the find, Running Buffalo Clover was moved onto the endangered species list. 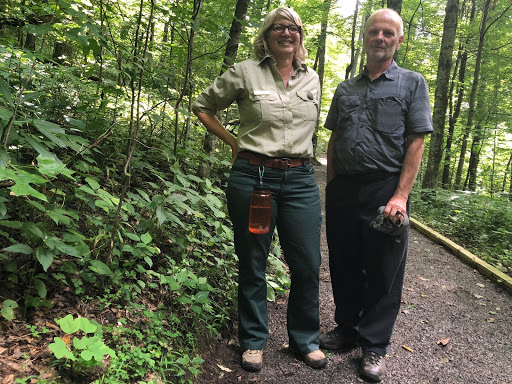 On a recent summer day he was hiking through the Fernow Experimental Forest in West Virginia with Melissa Thomas-Van Gundy, a research forester with the U.S. Forest Service. The Fernow is a public forest used to study logging and forest management techniques, and Thomas-Van Gundy explains, it’s one place where the clover lives.

“Part of the ‘running’ part comes from these stolons,” Thomas-Van Gundy said, pointing to the roots of the plant. “Plant parts that are like a strawberry runner – that’s how they colonize new places, they asexually reproduce.”

For years Thomas-Van Gundy has been helping to manage populations of Running Buffalo Clover here.

“Of course it’s not blooming right now,” she said, “but that is a really good way of identifying it.”

These clover are not like the ones you find in your yard. They’re much more sensitive. They can’t tolerate full sun, full shade, or severe disturbance. That said, Thomas-Van Gundy explains, they love heavy machinery.

Thomas Van-Gundy explains that in this particular tract of land, forest managers use heavy machinery every 10 years or so on paths they call skid roads. She recalls first finding the rare clover species and making adjustments to avoid disturbing it with timbering operations. 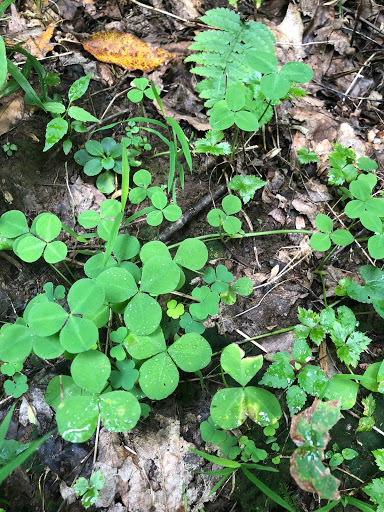 A patch of Running Buffalo Clover.

“We said, ‘Okay, Fish and Wildlife says you can’t disturb those plants, put your skid road up there – don’t use this skid road. We did that. Came back in. Plant numbers had dropped where we hadn’t run over them. They showed up on the new skid road!” she said. “So it’s kind of a frustrating plant if you think you have to stay off of it.”

The U.S. Fish and Wildlife Service listed the clover as endangered in 1987. Since then, more populations have been found and monitored. Today about 150 populations are known to exist throughout Indiana, Kentucky, Missouri, Ohio, Pennsylvania and West Virginia. Many of these populations are on public lands or they’re on private land with conservation agreements.

Thomas-Van Gundy and Bartgis say protecting these rare plants is an important part of maintaining the protective benefits of biodiversity. They say a more diverse forest is more resilient to disease, and they say people ultimately depend on healthy ecosystems for clean air and water. But Bartgis said his motivation to protect the Running Buffalo Clover is also rooted in the value of the stories it tells.

“Just imagine standing right here and a herd of mastodon coming right through,” Bartgis said. “That’s the disturbance-making that most of these species evolved in. Once the mastodon died out, they relied on the buffalo and elk – so we can go back to that story. And now they rely on us.”

When asked if he thought delisting the clover was a good idea, Bartgis said he felt alright about it. But the Running Buffalo Clover isn’t out of the woods, so to speak. Bartgis pointed to stilt grass and other invasive plants that could displace more delicate native species. So it’s important, he added, to continue to keep an eye, and maybe an occasional reintroduced elk hoof, on them.

Clarification: This story was modified on Sept. 11, 2019, to more accurately characterize the process for changing the conservation status of the species.