Photo: Courtesy of protesters on site.

For the second time since summer, eastern Kentucky coal miners are blockading a railroad track to protest unpaid wages. The new blockade, which was started Monday afternoon by Quest Energy miners, echoes the months-long blockade by Blackjewel coal miners over the summer and speaks to a growing discontent in Appalachian coal country.

“It’s hard to go to work between two rocks and not get paid for it,” said a miner who asked not to be identified for fear of retaliation. “There’s men that’s getting their power bills cut off and men’s children starving.” 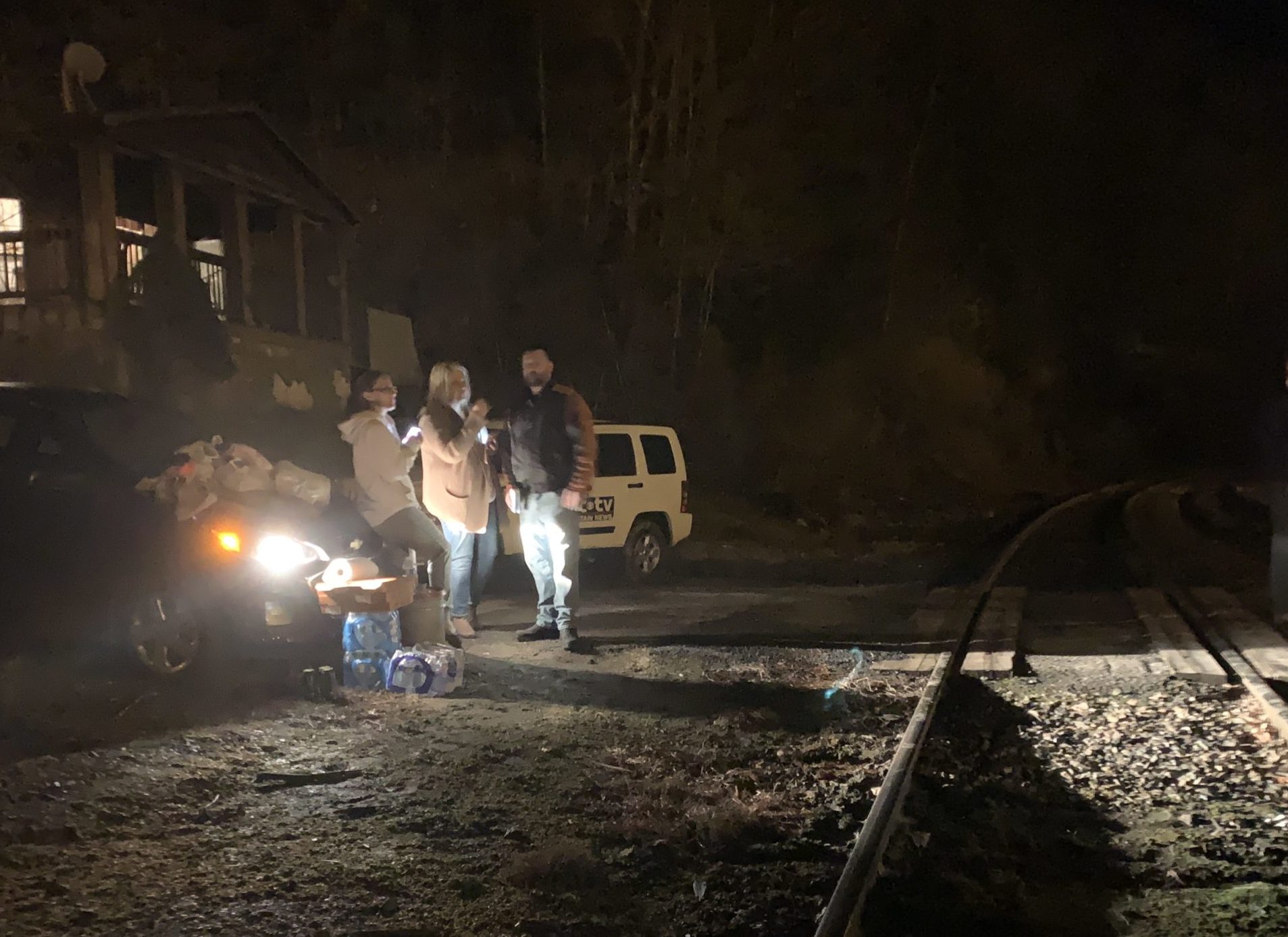 Miners and supporters block the railroad in Pike Co., KY

The two miners called on their workmates to join them. By 7 p.m. Monday evening, an additional six men had arrived. Residents living near the blockade site in Blackburn Bottom, Pike County, provided the protesters with blankets, firewood and cases of water.

The miner who asked to remain anonymous and his colleague, Dalton Russell, said they were inspired by the months-long railroad blockade by Blackjewel miners over the summer. In that protest, the federal Department of Labor intervened, and miners received back pay after months of delay.

The Blackjewel protest occurred amid that company’s drawn-out and chaotic bankruptcy, adding a layer of bureaucracy to an already fraught situation. By comparison, Quest Energy’s parent company, American Resources Corporation, is not in bankruptcy, so it is likely that these miners will receive pay sooner. 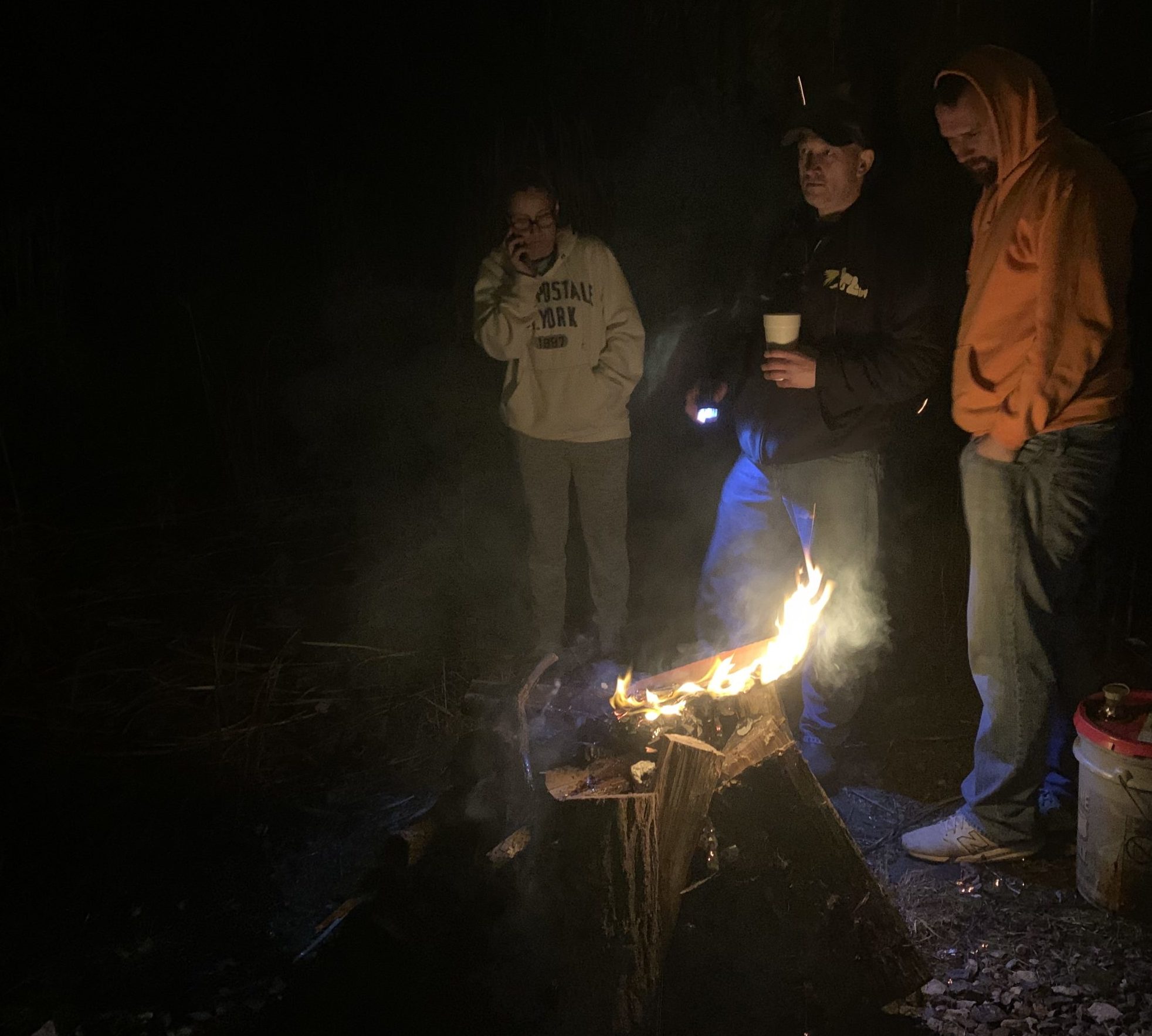 Miner Dalton Russell, right, and others warm themselves beside the tracks.

But like many coal companies, American Resources Corp. has suffered as demand for coal drops and electric utilities switch to other fuels, such as natural gas.

American Resources Corp. also owns Perry County Coal, which made news in recent months for failing to pay an additional 75 workers. Perry County Judge Executive Scott Alexander told the Ohio Valley ReSource Monday that his office is collaborating with both state and federal departments of labor over potential violations of the Fair Labor Standards Act. That’s the law the Labor Department used to intervene in the Blackjewel case.

Quest miner Russell said he stopped going to work because he didn’t have enough money for gas, and was then fired for not showing up to work. “You gotta stand up for yourself and for the rest of the guys,” Russell said. Russell is worried about how he’ll feed his three young children.

“I’ve been packing extra lunch and sending them to the men up there,” said the partner of the miner, who asked to remain anonymous.

In a statement, American Resources Corp. blamed the delayed payment on a “temporary blip” in the coal market and claimed that the miners have now been paid. The miners dispute that, saying they’ve yet to see their money.

“The team members that are frustrated and protesting are good people with good hearts,” the company said in the statement. “Given challenging markets we are focused on ensuring the longevity of the employment for all the men and women of our organization and will shortly have all this resolved and excited to continue to provide jobs in an area that has had challenges given the decline of coal usage.”