Americans are divided on lots of issues. But a new national survey finds that people across the political spectrum agree on at least one thing: Our health care system needs fixing.

And a majority of Americans want “either major changes or a complete overhaul of the system,” says Chris Jackson, vice president of the market research firm, Ipsos. 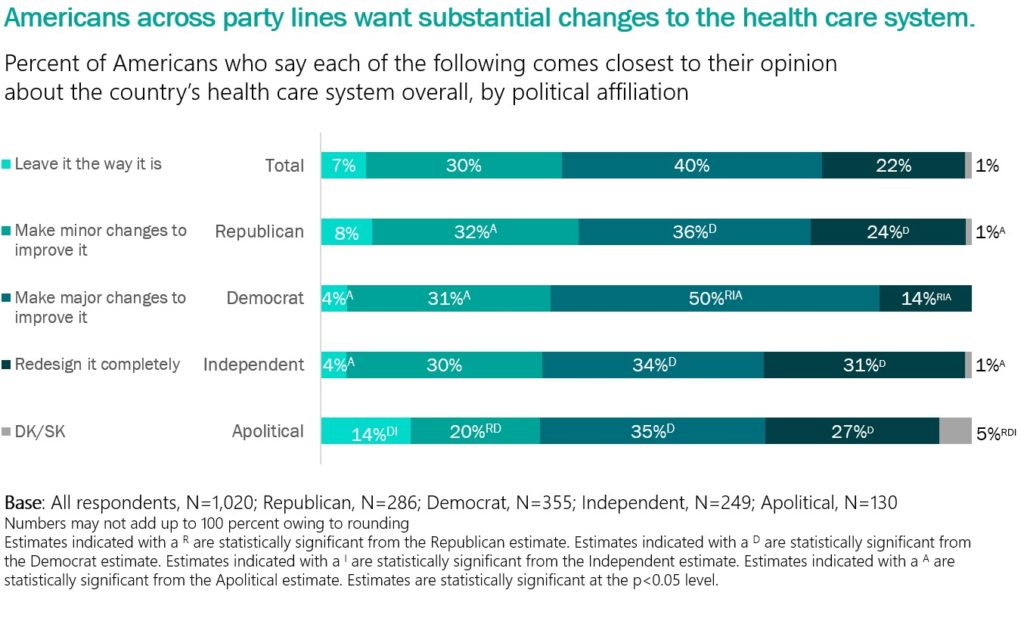 Side Effects Public Media reached out to survey participants across the political spectrum to better understand their views and experiences with the health care system. And many were eager to share their stories.

Celest Smith, 51, lives in Bellavista, Ark. She’s a long-time Republican and works in accounting and finance.

In 2014, she was diagnosed with thyroid cancer. Even with insurance, and paying some costs upfront, she says the surgery she needed left her on the hook for about $6,000, which she didn’t have. Smith says she ended up getting sued by a collection agency. 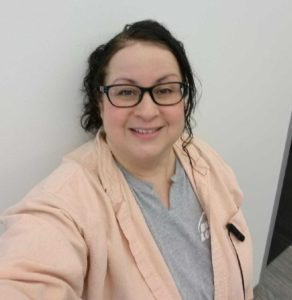 “I’m trying to recover from, you know, having this cancer surgery and getting it removed and the subsequent meds and tests that I have to get done. We did wind up making a deal with them to pay a smaller amount, which they agreed to.  But it took having my credit essentially ruined for a couple of years. So they got their money, ultimately, but it really hurt us… I think the biggest problem [with the health care system] is hospitals and doctors and pharmaceutical companies are more interested in the bottom line than how it’s going to benefit people.”

Kelly Schmid, 48, in Faribault, Minn., shares Smith’s frustrations. She’s politically independent and says she has voted for both Republicans and Democrats in the past.

Schmid has a condition that has required numerous surgeries to remove cysts and bone spurs, and she has spent much of her adult life cycling in and out of the hospital. Her illness prevents her from working, so she gets health insurance through her husband’s job. She says her health took a turn for the worse when she was in her 30s. 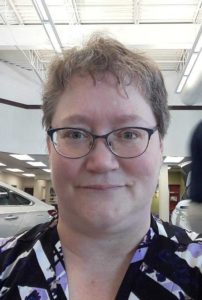 “I got really sick and we couldn’t figure out why. And my deductible at that time, 2004, was $1,150. And we maxed that out probably at the end of January, beginning of February, that’s one month into the year. And this year, in 2020, my deductible is $11,500, and we are going to hit that max by the end of next  month. The deductibles go up every year. There’s no rhyme or reason, they just go up. Most people, they barely even touch their deductible. But what happens to the people like me and some of my friends… we meet it year after year at the beginning of the first three months of the year.”

Schmid says the rising deductibles have made life difficult; and she’s frustrated that it’s nearly impossible to know what a hospital procedure is going to cost up front.

In Boston, 35-year-old Michael Wideman, a left-leaning independent who works in information technology, shares that sentiment. 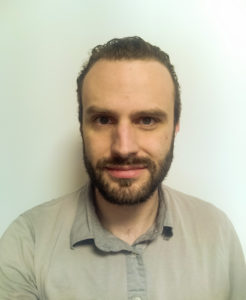 “Just this month I went to the dentist and it cost me something like $400. That’s a lot of money, and that’s with insurance, and I know for a lot of people that would be severely difficult to cover. I can afford to pay some of these costs, but I’m also avoiding health care at the same time. For instance, I would greatly benefit from going to see a counselor, as with a lot of people, but most insurance doesn’t cover counseling, mine including. And also specialists, like, I need to see a dermatologist next month, my insurance won’t cover that at all. So whatever that bill ends up being, I’m going to be paying 100% of that out of pocket.”

Wideman says what really concerns him is that some people who can’t afford the high costs of healthcare will avoid seeking medical attention until it’s a life-or-death situation.

Caitlin Strine, 25, a Democrat in Hot Springs, Ark., has a rare genetic illness that has left her disabled. She says fear of health care costs has kept her from seeking medical care until the last minute.

‘Because I knew I had no way to pay for it,” Strine says: 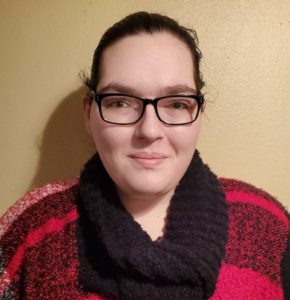 “I was diagnosed with brain swelling in 2012, and I didn’t actually get diagnosed with a brain tumor until 2015, and I didn’t get it removed until 2017 because I knew that there was going to be no way to pay for it. So, I dealt with a brain tumor that was causing severe pressure on my brain and on my spine because I couldn’t pay for it. It actually caused some cognitive issues that I’m still dealing with and will deal with for the rest of my life.”

To Wideman, it’s unacceptable that, in a country that spends more money on health care than any other nation, some feel they can’t see a doctor when they need to.

“I really feel like the greed of these insurance companies is costing lives,” he says. “People should not be dying for corporate profit.”

Gary Pritchett, 50, a Republican in Griffin, Ga.,  doesn’t want more government regulation. But he would support legislation that forces hospitals to disclose prices up front.

“I wouldn’t give a blank check for anything else,” says Pritchett, who works in commercial construction. The lack of price transparency is “almost unacceptable. There’s no other industry that can get away with that.”

Norma Awrey, 80, an independent in Kansas City, Kan., feels the biggest problem with the health care system is corruption.

“I think too many legislators have their hands in the pockets of the pharmaceutical companies,” Awrey says. “And I think they’re more interested in lining their pockets than supporting their voting public.”

Others, like Schmid, feel the problem is the way the industry is set up.

“We need to fix the system,” Schmid says. “It’s the system that’s broken, not the people.”

Jenifer Bosco,  a National Consumer Law Center attorney whose focus areas include medical debt, isn’t surprised the survey found most Americans are not satisfied with the U.S. health care system. 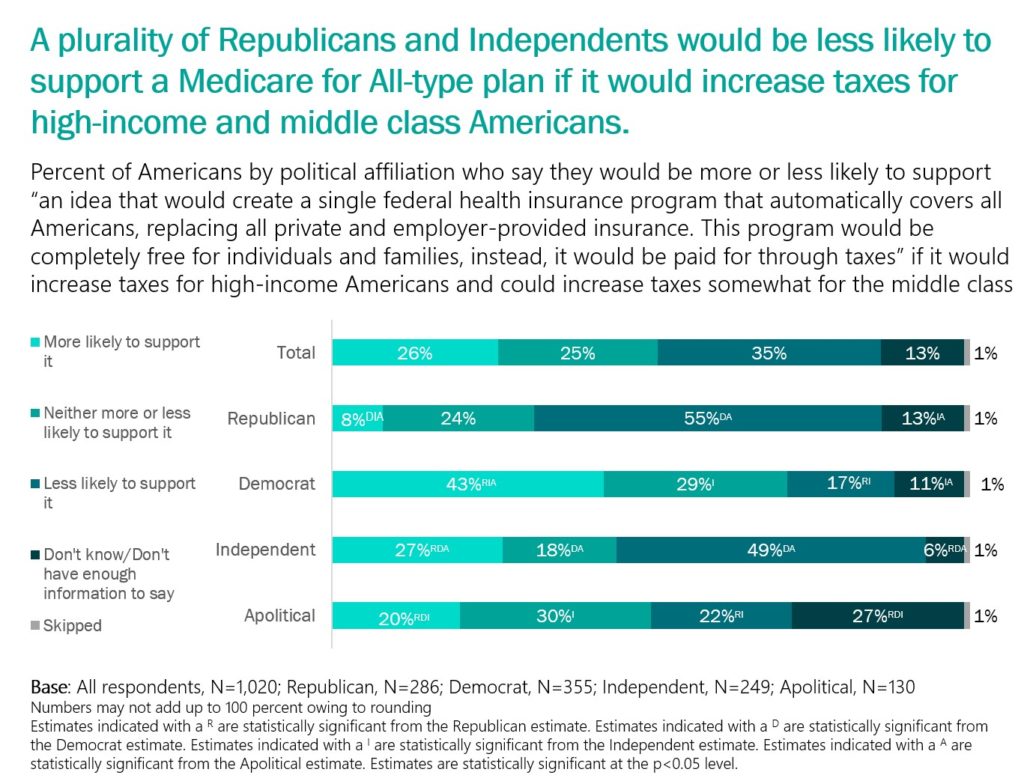 Additionally, Bosco says the uninsured rate is ticking back up at the same time health care prices are rising. And more people are covered by high-deductible plans that offer lower monthly premiums but leave them on the hook for more of the bill if a medical emergency arises.

Another contributing factor could be the “trend of hospital mergers happening across the country, where smaller hospitals are being folded into larger hospitals that might have higher prices or… more aggressive collection policies,” Bosco says.

Once a person is saddled with medical debt, it can haunt them the rest of their lives, she says.

“There have increasingly been reports and studies done about people cutting back on health care, because they’re worried about the costs and worried about being able to pay,” she says. “And that’s really scary, I think.”

There’s wide agreement that health care should be affordable for ordinary Americans and that people should be able to access the care they need.

People also largely agree that those with pre-existing conditions should be able to get coverage, the elderly and disabled should have long-term care, and hospitals should be more transparent about prices, says Ipsos’ Jackson.

“And they also have very, relatively similar ideas on how it should go about doing that,” he says. “The commonality only really starts to break down when you talk about who’s going to pay for things. And that’s still sort of the point of division.”

Back in Arkansas, Smith says middle-class people like her get hurt the most in the current system. She makes too much to qualify for government subsidies for health insurance but not enough to afford unexpected medical procedures.

Even still, Smith says she’d be willing to pay higher taxes “if I knew for sure… that they were going to be taking care of us the way they’re saying they’re going to take care of us.”

But Schmid in Minnesota says she opposes tax increases of any kind. She feels the government takes enough already and just needs to do a better job prioritizing spending.

“There’s enough money in that budget to help fix what we need fixed,” she says. “Instead of giving it to everybody else in every different nation, fix the nation that needs to be fixed first, and that’s us.”

Despite these differences of opinion, Ipsos’ Chris Jackson says he’s heartened by the findings.

He says the survey results suggest there’s more common ground on this issue than we’re often led to believe. And if we can focus on that, it could be the start of a less vitriolic, more productive dialogue about how to create a health care system that works for all Americans.

This story was produced by Side Effects Public Media, a news collaborative covering public health. It was developed in partnership with America Amplified – Election 2020, a public media initiative funded by the Corporation for Public Broadcasting. America Amplified is using community engagement to inform and strengthen local, regional and national journalism.

For this story, Side Effects Public Media and America Amplified partnered with the Hidden Common Ground Initiative, spearheaded by Public Agenda and USA Today, along with the National Issues Forums and Ipsos. The initiative challenges the dominant narrative of a hopelessly divided America by identifying areas of common ground and looking for solutions to politically polarizing issues.

The survey was conducted in 2019, from Dec. 19 through Dec. 26 and was based on a nationally representative probability sample of adults 18 and older. Among the 1,020 survey participants, 286 identified as Republican, 355 identified as Democrat, 249 said they’re politically independent or support another party, and 130 identified as apolitical or didn’t answer.

In addition to the Public Agenda report, Taking the Pulse: Where Americans Agree on Improving Health Care,  the National Issues Forum network has published a discussion guide and is convening a series of online and in-person forums for Americans to discuss health care issues and discover where we have common ground and where we’re still divided.