U.S. Forest Service district biologist Shane Jones stands on an overlook high up on West Virginia’s Cheat Mountain. Behind him lush, red spruce trees stand like sentinels on this frozen landscape. As he looks out, small patches of green dot what is largely a view of the barren, brown trunks of leafless hardwoods.

More than a century ago, this high-elevation ecosystem, now located inside the Monongahela National Forest, would have been dominated by the evergreen spruce. After being logged and suffering from fires in the 1880s through early 1900s, today an estimated 90 percent of this ice age-relic of an ecosystem has been removed from West Virginia. 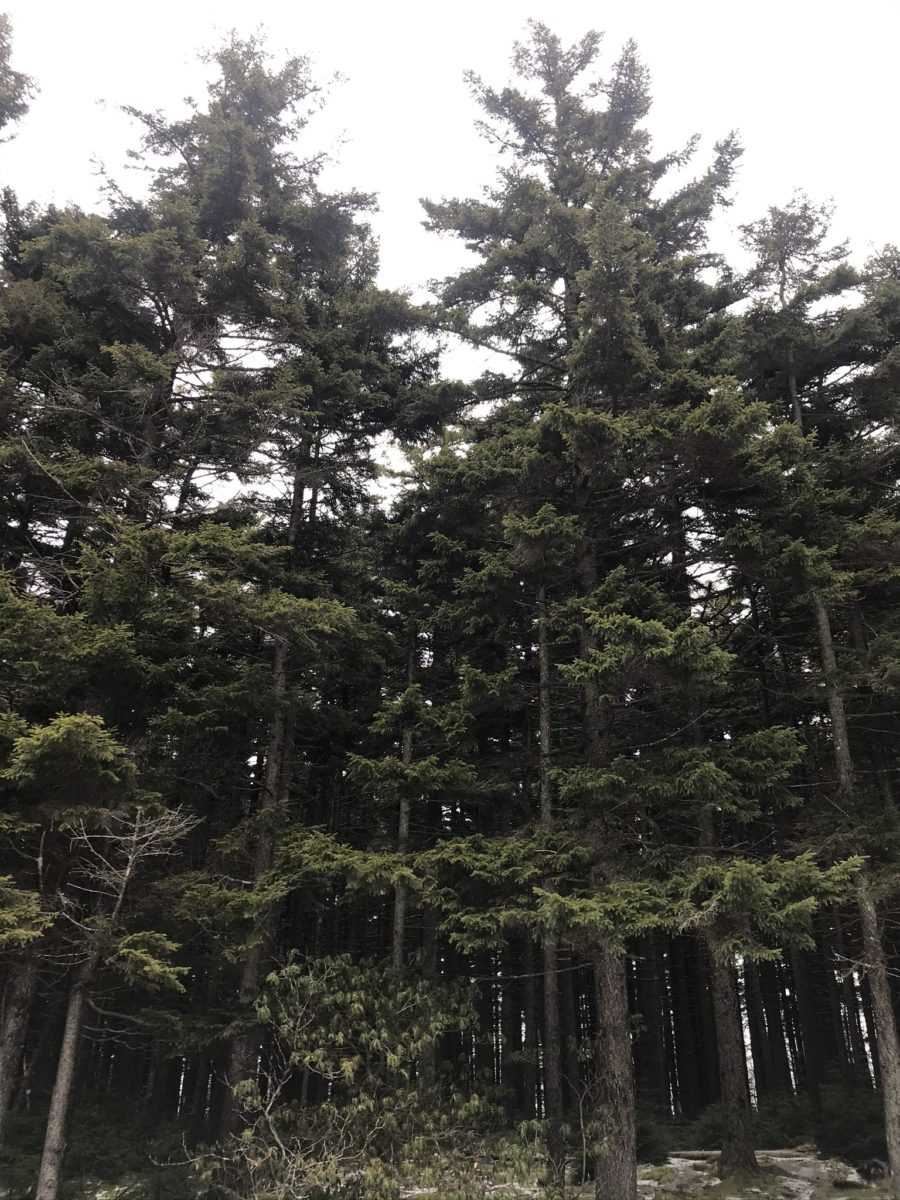 A rare stand of old red spruce trees in WV.

And that has been a challenge for another iconic species: the West Virginia northern flying squirrel.

“We always say as the spruce goes the squirrel goes,” Jones said. As he hikes through a rare virgin patch of red spruce forest, he explains the interconnected relationship the northern flying squirrel and red spruce forest share.

Over the last decade, efforts to help both the squirrel and spruce recover are showing some promising signs, but that there is dispute about whether those efforts are enough.

A mature high-elevation red spruce forest will have a mixture of trees of different ages. There will be big trees, as well as fallen trees that create a hole in the canopy that allows smaller trees to grow. The diversity makes the forest resilient. The cool, moist climate of red spruce forests, coupled with the dead needles — or leaf litter — the trees shed, allow rich soils to build up on the forest floor.

“It’s completely different than the soil that develops under hardwood forests or other forests,” Jones said. 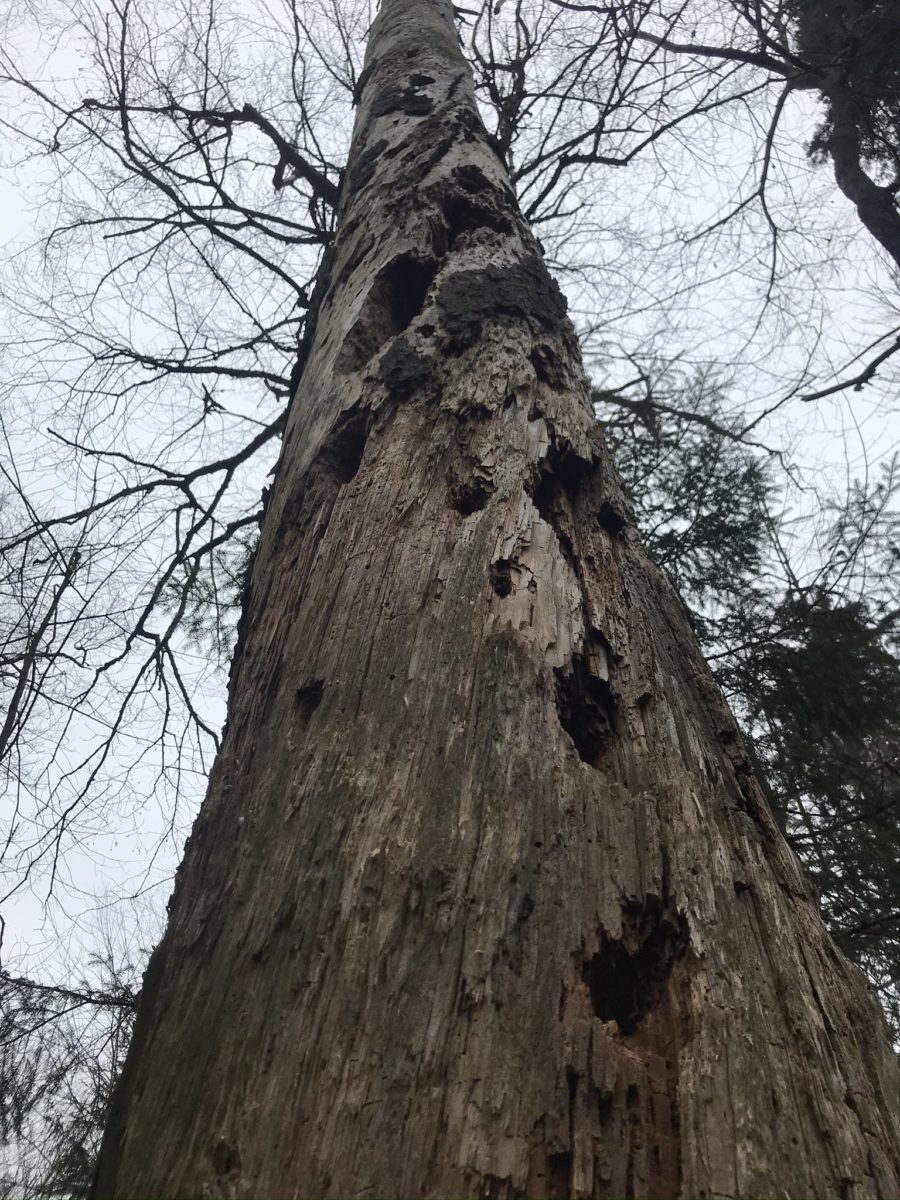 Cavities in older trees provide shelter for the squirrels.

And it’s important fodder for mycorrhizal fungi, which develops on the root tips of red spruce trees in the deep organic soils created in these high-elevation forests. The layman’s term for these mycorrhizal fungi: truffles. And that is the meal of choice for the northern flying squirrel.

“They have this really tight relationship with spruce forest,” said Cordie Diggins, a research scientist at Virginia Tech who studies flying squirrels.

The small, nocturnal rodents are notoriously hard to catch. And they don’t actually fly, they glide, she said. The northern flying squirrel spent almost three decades under federal protection. In 2013, it became one of the few species to have its protections removed under the Endangered Species Act, a process known as delisting.

Recently, federal biologists released a status report for the West Virginia northern flying squirrel. It was largely optimistic. It found in the five years since delisting, the squirrels are still found across much of their range and in some new areas. 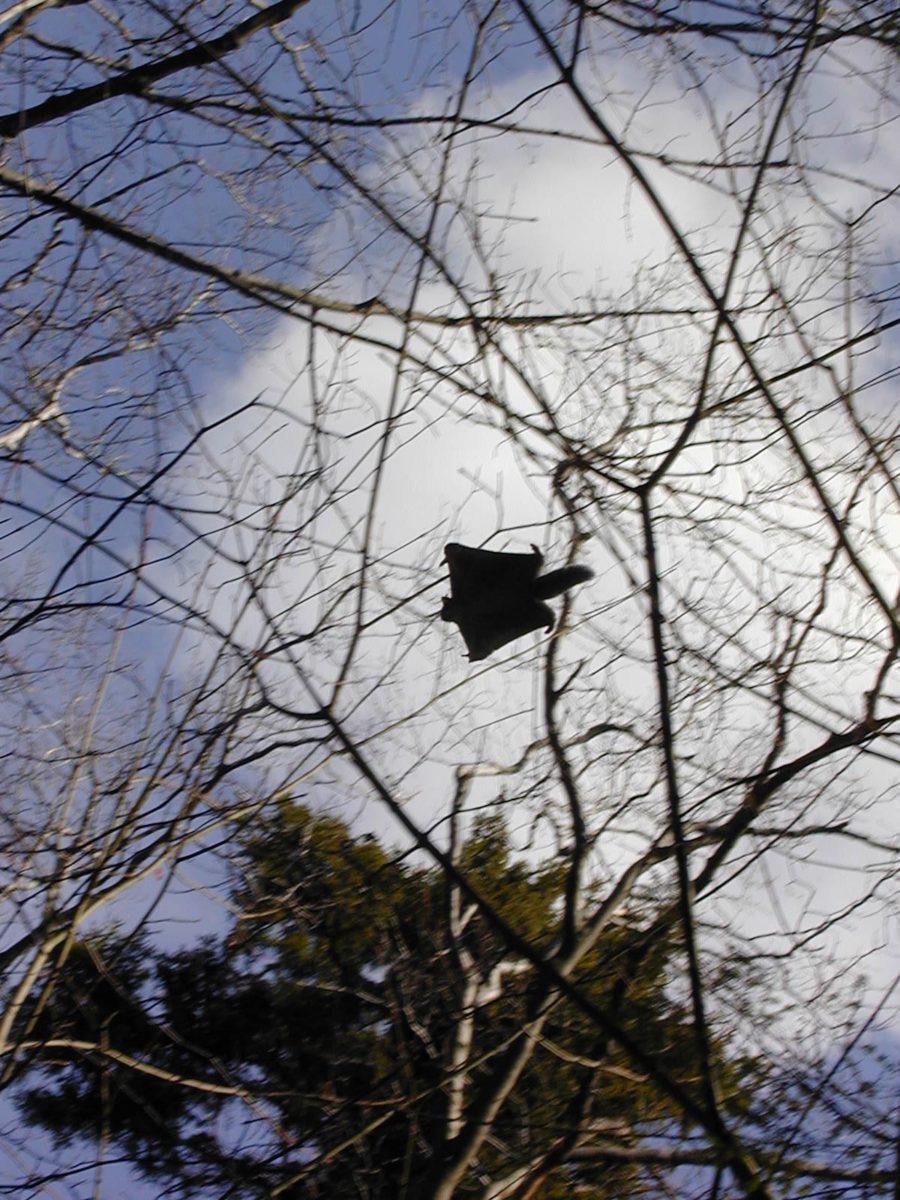 A flying squirrel in flight.

But not everyone is convinced the northern flying squirrel is thriving since its delisting. Noah Greenwald directs the endangered species program for the Center for Biological Diversity. The conservation group sued and won protections for the northern flying squirrel in the mid-2000s. He’s concerned wildlife managers don’t really know how many squirrels are out there.

“They just have some, you know, sort of somewhat sporadically collected information showing squirrels to be present or absent in different areas,” he said.

And he has concerns about the forest restoration work itself.

“They’re taking out these big hardwood trees that are part of the squirrels’ habitat and they’re planting young red spruce which aren’t currently habitat and won’t be for a while,” Greenwald said.

The small gliding rodent is notoriously challenging to trap, which is the traditional way biologists estimate population, said Diggins at Virginia Tech.

“In a perfect world, we would be able to catch a ton of squirrels and get an idea of population, but that’s not always possible for rare species,” she said.

Back in the truck, Jones, the USFS biologist, begins driving to the Mower Tract, a 40,000-acre parcel of land owned for decades by the Mower Land and Lumber Company that was logged and mined for decades. In the 1980s, the land was purchased by the Forest Service and for the last decade, this has been where much of the red spruce restoration has been happening in the Monongahela National Forest.

At first glance, he concedes, it’s not the most pleasing picture.

“We call it ugly restoration,” he said with a laugh. 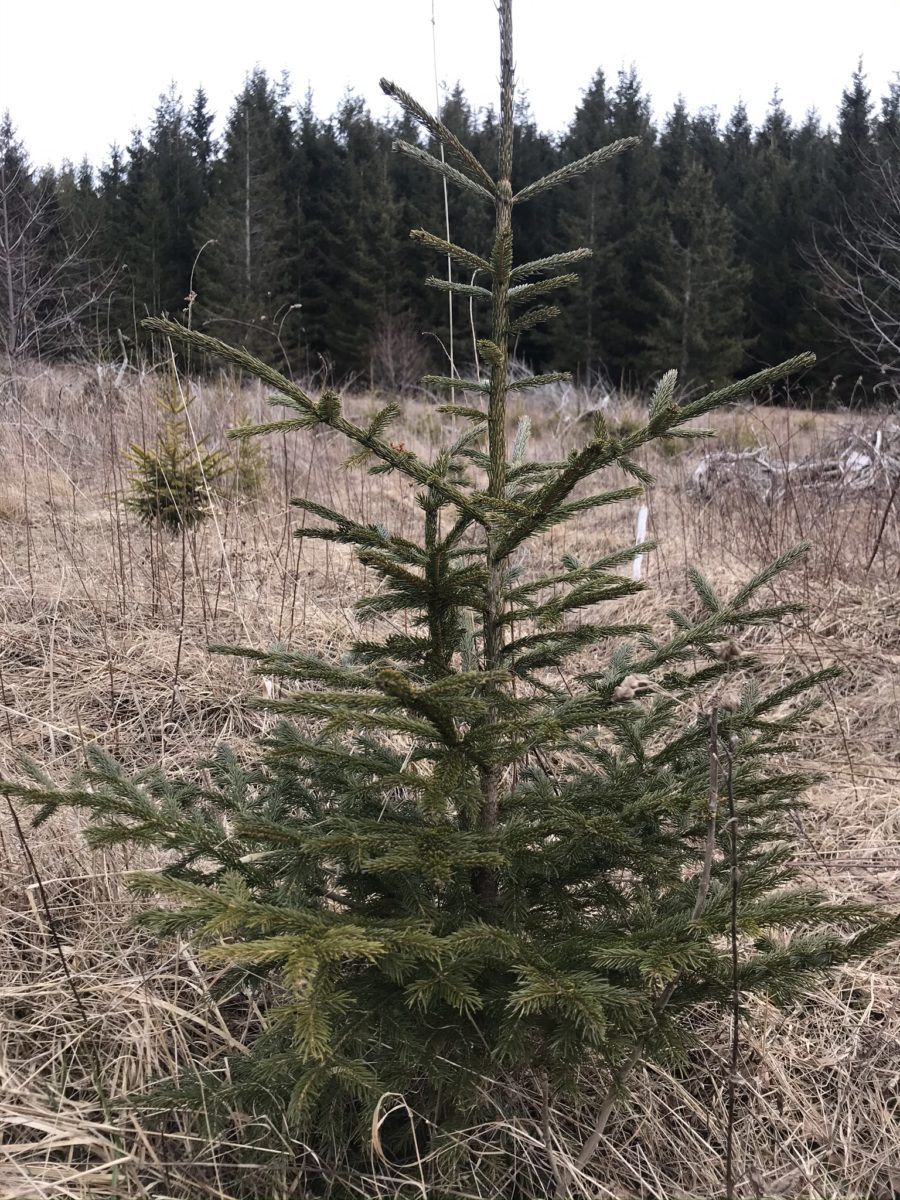 A young red spruce grows in the Mower Tract in WV.

Under its reclamation obligations, the company restored much of the Mower Tract. It bulldozed the land back into roughly its original shape and planted trees on the surface. To an outsider it looks like, well, forest.

But Jones points to signs the ecosystem here is not thriving. Trees have stopped growing and big, open patches of land show little sign of life besides some grasses. Soil testing in the region has confirmed a few centuries ago this land was red spruce forest. That is what Jones hopes it will be again.

To get there, the restoration staff tries to recreate conditions conducive to a healthy red spruce forest. Dozers are used to tear through the earth and break up the ground so tree roots can penetrate through the soil. Some of the existing hardwood trees are ripped out of the earth and left on the landscape to decay. These “snags” as biologists call them provide crucial animal habitat. Contractors also build wetlands.

About a year after this work is done, volunteers come in and plant a variety of species including red spruce. At one area of the Mower Tract, a few years old, knee high green baby spruce trees dot the brown landscape growing up among the twisted, decaying limbs of downed hardwoods. 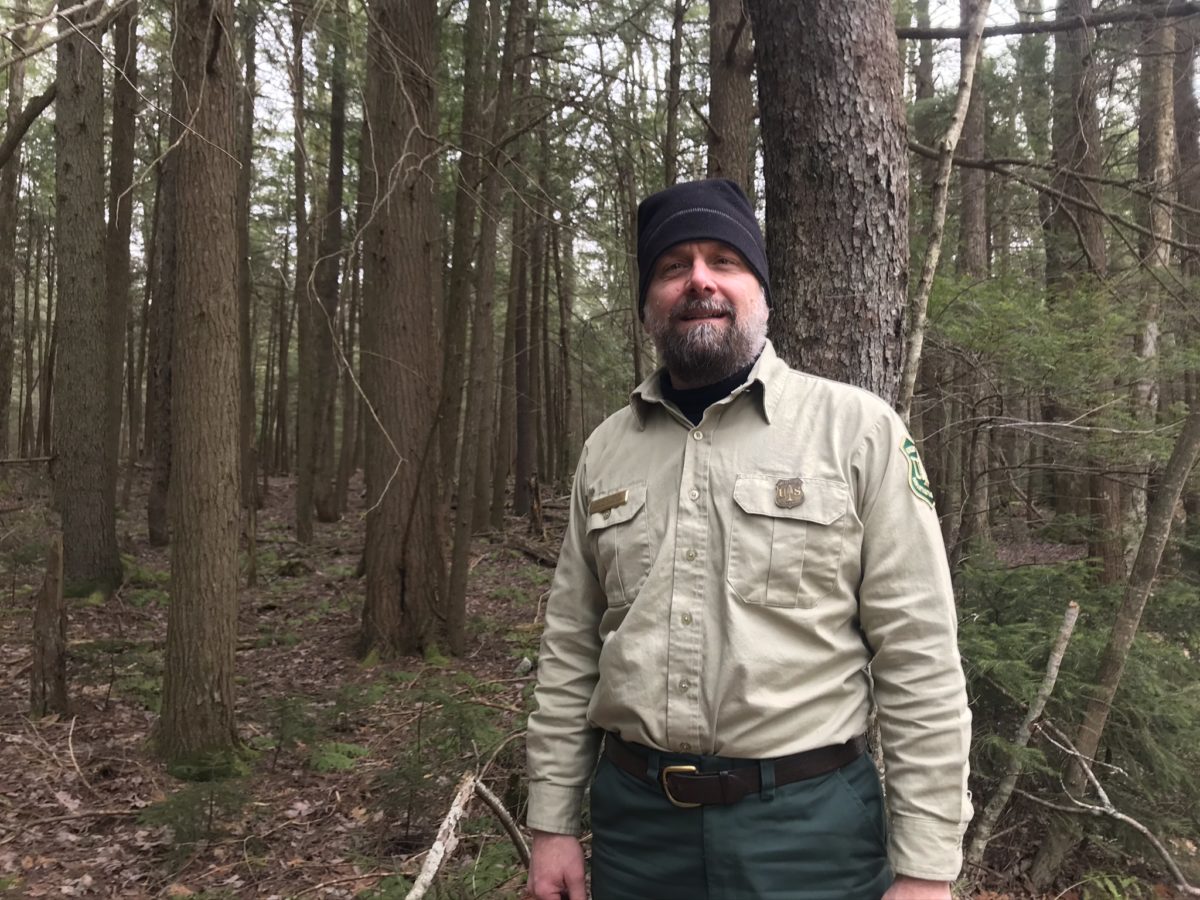 “What we’re doing is we’re taking an area that was like a biological desert, stuck in arrested succession, the ground was compacted, and we’re putting it back into a forest that eventually, like a long time for now, will be a functional red spruce ecosystem,” Jones said.

Restoration work on the Mower Tract is a partnership between USFS, Green Forest Works and the Appalachian Regional Reforestation initiative. Since 2011, more than 760 acres have been restored and more than 350,000 plants planted in the Mower Tract. More than 150,000 red spruce have been planted, according to a project report released in 2019. 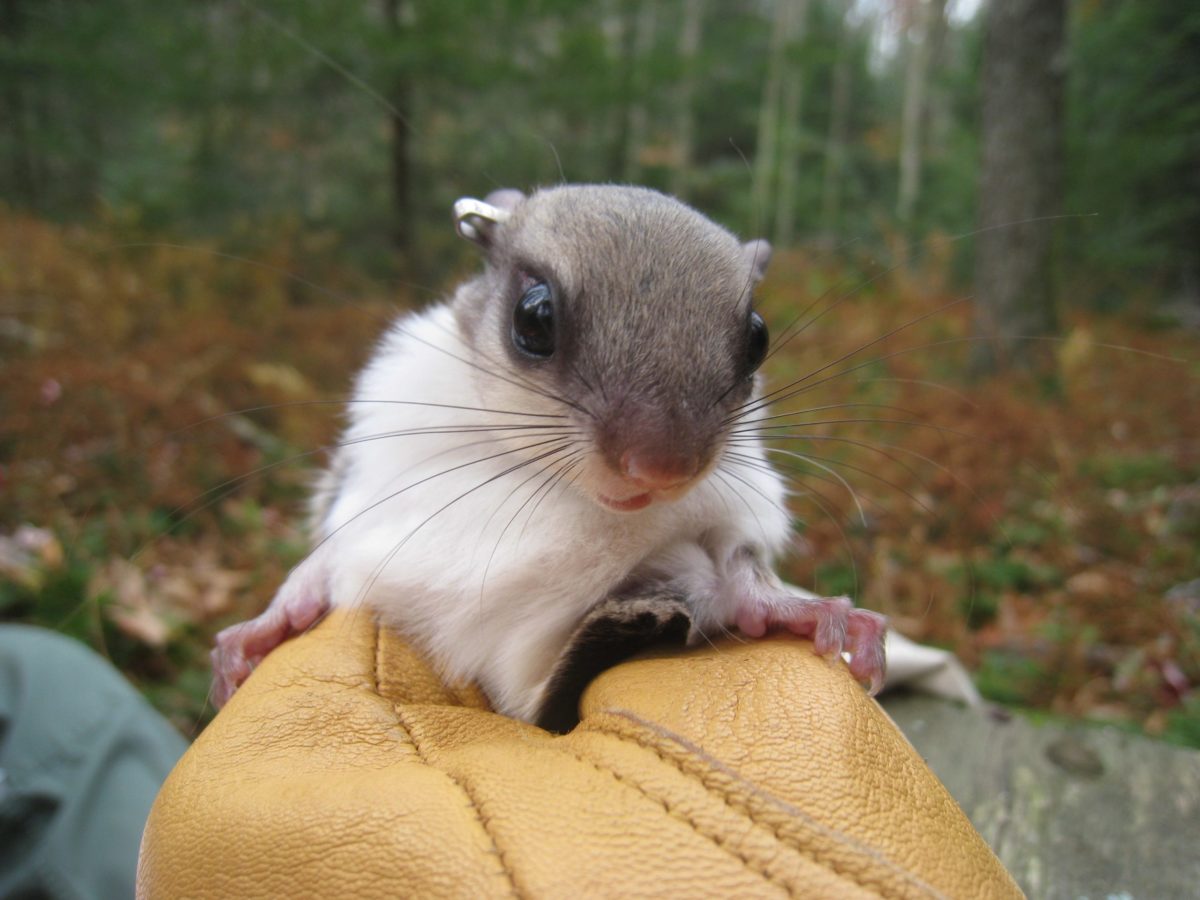 While re-establishing a red spruce ecosystem is the primary objective of the project, the work also creates early successional habitat, which supports hunting. The creation of wetlands helps with water quality and in the long term will boost the sequestration of carbon, Jones said.

The spruce restoration effort is also important in the face of climate change. Warming threatens the endangered ecosystem. Because of their status as high-elevation forests, they have little room on the landscape to shift northward as temperatures climb. Red spruce forests are also possible climate refugia for species that may flee lower elevation climates as they warm. The central Appalachian mountains are an important wildlife migration corridor, Jones said.

The work also increases the odds that one day the West Virginia northern flying squirrel will thrive here too. “I think 50 years [for] squirrels is not unrealistic,” he said.