Ray’s Harvest House in Albany, Ohio, had to lay off 11 people following Ohio Gov. Mike DeWine’s order that all bars and restaurants close dine-in services. Denise Hager was a cook at the restaurant and said she’ll miss seeing and talking to all of her regular customers.

“I don’t like it, but then again I don’t have any control,” Hager said.

Hager said she isn’t sure what she’ll do about the financial hit she’ll take from not working.

Restaurant owners and food service workers in the Ohio Valley are worried about their livelihoods now that Governors in Kentucky, Ohio, and Indiana have ordered all bars and restaurants closed to dine-in customers. Restaurants will still be allowed to take carry out and delivery orders. The move is the latest attempt to slow the spread of the coronavirus and raises further concerns about the economic impact of the pandemic. 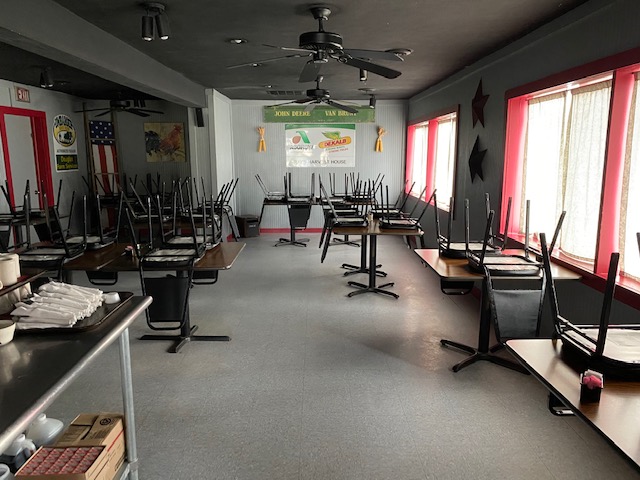 Stacy Roof is the president of the Kentucky Restaurant Association. She said she understands why Kentucky Governor Andy Beshear made his decision, but she’s concerned about businesses across the state.

“I’m disappointed for our businesses because I know they’re fearful and they’re trying to figure out how they’re going to take care of their employees,” she said.

Roof said it’s difficult for people in the hospitality business to stay home because the nature of the job is serving others. She said another concern is all the food that could go to waste because local restaurants won’t be doing as much business as they normally would.

Economists across the region are recommending expanded paid sick leave to keep people home from work when they’re feeling ill, as well as easier access to unemployment benefits. Governors in Kentucky and Ohio have used executive orders to waive the waiting period for unemployment benefits, but that does not address all the concerns.

Michael Shields is with Policy Matters Ohio, an economic policy group. He said the unemployment benefits Ohio offers need to be expanded so that more workers qualify.

“In Ohio, the earnings test requires that you earn $269 a week. A minimum-wage worker in the state who works 30 hours a week doesn’t qualify,” he said.

Shields said only about one in five workers in Ohio who are jobless are receiving unemployment compensation.

According to the Bureau of Labor Statistics, in 2018, about 746,250 people worked in food prep or service-related jobs across Kentucky, Ohio and West Virginia.

Tim Sharp from partner station WOUB contributed to this story.