Donate Now!
Despite Voting Restoration Thousands Are Still Disenfranchised In The Ohio Valley

Despite Voting Restoration Thousands Are Still Disenfranchised In The Ohio Valley

After more than a decade, Kentucky resident Guy Hamilton-Smith voted this year for the first time in the state. Even though he didn’t vote in person because of the COVID-19 pandemic, sending his ballot through the mail was still an emotional moment.

“Not being able to vote for many years was like a really big reminder that in very important and meaningful ways, I was not a member of my community,” he said.

Hamilton-Smith was convicted of possessing child pornography in 2007 when he was 22. He hasn’t been under supervision in 10 years. 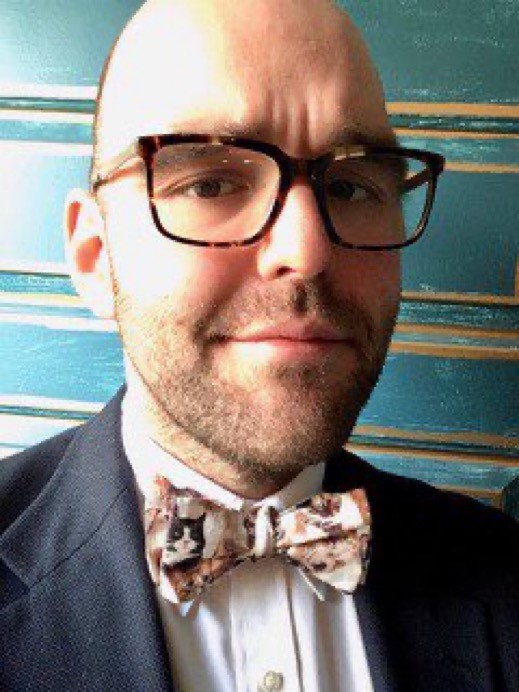 After completing his probation, he pursued a law degree and recently passed the bar exam. He is now a legal fellow at the Mitchell Hamline School of Law in St. Paul, Minnesota.

Hamilton Smith had spent years reaching out to government officials to get his voting rights restored and he never got an answer.

“I sent in maybe a dozen or so applications for restoration of my voting rights since I was off supervision in 2010,” Hamilton-Smith said. “I was never told yes or no, or we want X, Y, and Z from you. I was never given any direction. It was just a black box.”

Until this year, Kentucky was among the few states that banned all felony offenders from voting.

Hamilton-Smith believes restoring voting rights is an easy way to help people who have completed their sentences feel a part of their community again.

“One person goes through their punishment but then society generally kind of walks away from their end of the deal,” he said.

Kentucky Governor Andy Beshear signed an executive order last year that restored voting rights to more than 140,000 Kentuckians with nonviolent felony records, allowing the state to catch up with the rest of the Ohio Valley. That was one of several voting changes that contributed to historic voter turnout this year in Kentucky, Ohio and West Virginia. But tens of thousands more around the region are still disenfranchised.

Voting rights advocate Hamilton-Smith said that holding people accountable for what they have done is important. But it is also important to know when to stop the punishment before it diminishes people. 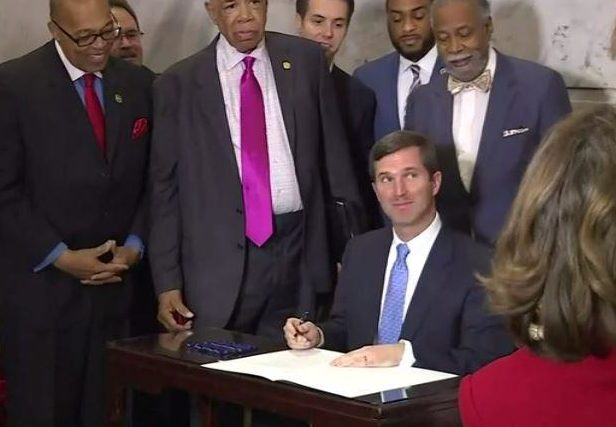 According to the Sentencing Project, a research center that works to reduce incarceration, more than 5 million people in the United States were disenfranchised because of past felonies. Just over 2 million of them have completed their sentence and still could not cast a ballot.

Nicole D. Porter is the director of advocacy for the Sentencing Project. She says mass incarceration and voting disqualifications are the main reasons millions are still disenfranchised.

According to the report, disenfranchisement has declined by 15 percent since 2016, as some states changed rules on ballot access for former offenders — including Kentucky. Porter says that’s progress, but, “It’s still too few people, too modest of a decline.”

Sentencing Project data shows Kentucky still has nearly 200,000 disenfranchised people; Ohio has over 50,000 and West Virginia has just over 17,000.

In all three states, people who are incarcerated for felonies cannot vote, which is a common restriction throughout the nation. Maine and Vermont are the only states that have no felony restrictions. But rules differ around the region for what happens after release.

In Kentucky, voting rights aren’t restored for anyone currently on parole or on probation. And despite Beshear’s order restoring rights, those convicted of some specific felonies like assault or human trafficking are still banned from voting even after completing their sentence.

Voting restoration is often a multiyear effort due to the dynamics of elected officials. Porter argues that many lawmakers work to limit voting rights based on their assumptions about who potential people with felony convictions will vote for.

“It ridiculously counters democracy,” Porter said. “I suppose it speaks to the status quo of people wanting to maintain power and reinforce power by limiting an expansion of rights for people who don’t support the way they govern.”

Kentucky’s restrictions also disproportionately affect African Americans compared to the other states. The Commonwealth is one of seven states where disenfranchisement among African Americans is greater than the national average.

Porter says policing that targets communities of color leads to a higher chance of imprisonment.

“The severity of that characteristic is most acutely felt in mostly Black communities, which then has collateral impact of disproportionately impacting Black residents who are disenfranchised from voting,” Porter explained.

Kentucky resident Jackie McGranahan also voted for the first time this year after her drug-related felony in 2008. McGranahan is a policy strategist with the American Civil Liberties Union of Kentucky. She has been clean and in recovery for over 4 years. 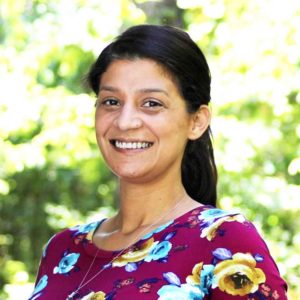 She said people deserve a chance to be defined by something other than their worst mistake.

“I don’t think that it’s helpful whatsoever to constantly label folks as felons,” McGranahan said. “We have to give our fellow citizens that second chance. When a person is allowed to vote and when those privileges are reinstated the chances of that person becoming a contributing citizen increase because they have a voice.”

McGranahan is grateful for the progress that’s been made but said Kentucky hasn’t crossed the finish line with voting rights.

Organizations throughout the state, including Kentuckians for the Commonwealth and the Louisville Urban League are working to inform people about restored voting rights. The ACLU of Kentucky used text messages, postcards, and peer-to-peer support to help bring attention to the restoration before the election.

It’s too early to determine how many previously disenfranchised people voted in 2020 but work is underway to finalize those numbers.

Kate Miller, advocacy director at the ACLU of Kentucky, said they are continuing their efforts with the hope that more people will exercise their right to vote in 2022.

“It’s incredibly confusing, not only for people who have had felony convictions, but for election officials who are executing an election, to know for sure whether or not someone is eligible to vote,” Miller said.

“We do not want to put people in a position when it comes to something as fundamentally American as exercising your right to vote.”

Miller stressed the need for legislation to permanently protect what Gov. Beshear did with his executive order. She said support for this type of change extends across the political spectrum.

“We want a ballot that includes a constitutional amendment in 2022 to make it clear that once you have paid dues and return to society, you are entitled to exercise your right to vote,” Miller said.