Black Lives In Red States: Art And Life Converge For Two Women In A Tumultuous Year

“I saw her on stage and I was just like, ‘This girl is so good!’ She was just amazing.”

So when it came time for Brown, 21, to direct a play for her senior project at Kentucky’s Georgetown College, she knew she wanted Higgins, 22, to be in it.

The play was “Blackademics,” a 2018 piece by Black playwright Idris Goodwin. In it, two Black women, both college professors, visit a new, exclusive restaurant to celebrate one of the women getting tenure. The celebration turns strange, however, when the restaurant’s server makes the women fight to “earn” a table, a chair or a glass of water.

“You don’t get to see who wins the battle, but it’s assumed that it’s most likely they’re not going to win, because they’re up against this person who is kind of representative of the white mind,” said Higgins, who is Black. 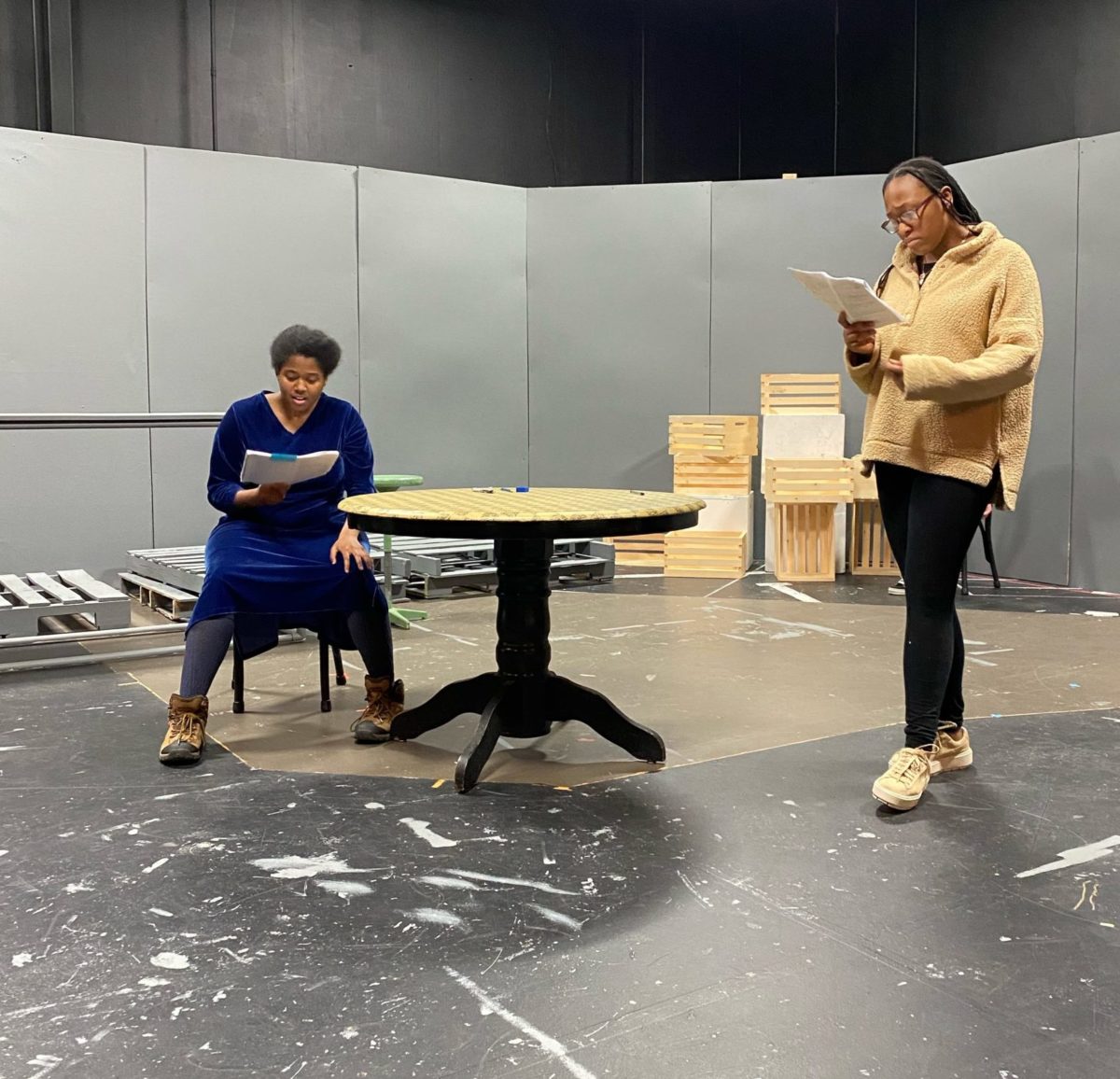 “I wanted to produce a play that would make white audiences uncomfortable,” said Brown, also Black. “Because when we’re uncomfortable is when we grow.”

The play was scheduled for April 17-19. But by the time Brown and Higgins went home for spring break in March, they knew that their show, like so much in the early days of the coronavirus pandemic, would be cancelled.

Looking back at a tumultuous and often painful year, the two found parallels between the loss of their play and the loss of Breonna Taylor, George Floyd and Ahmaud Arbery, among others.

Higgins grew up in Redfox, an unincorporated community in eastern Kentucky’s rural Knott County. The only Black people Higgins knew were family. As much as Higgins felt connected to mountain life, she said, there were unspoken rules that only applied to her family. “There was just this understanding that you don’t go to these certain places, you don’t hang around these certain people even if they’re nice to you, and you don’t go past certain times in certain areas.”

It wasn’t until she went to college that Higgins realized how her experiences in rural eastern Kentucky were different from those of her Black peers from other parts of the state: Things that outraged other Black students were normal to her. 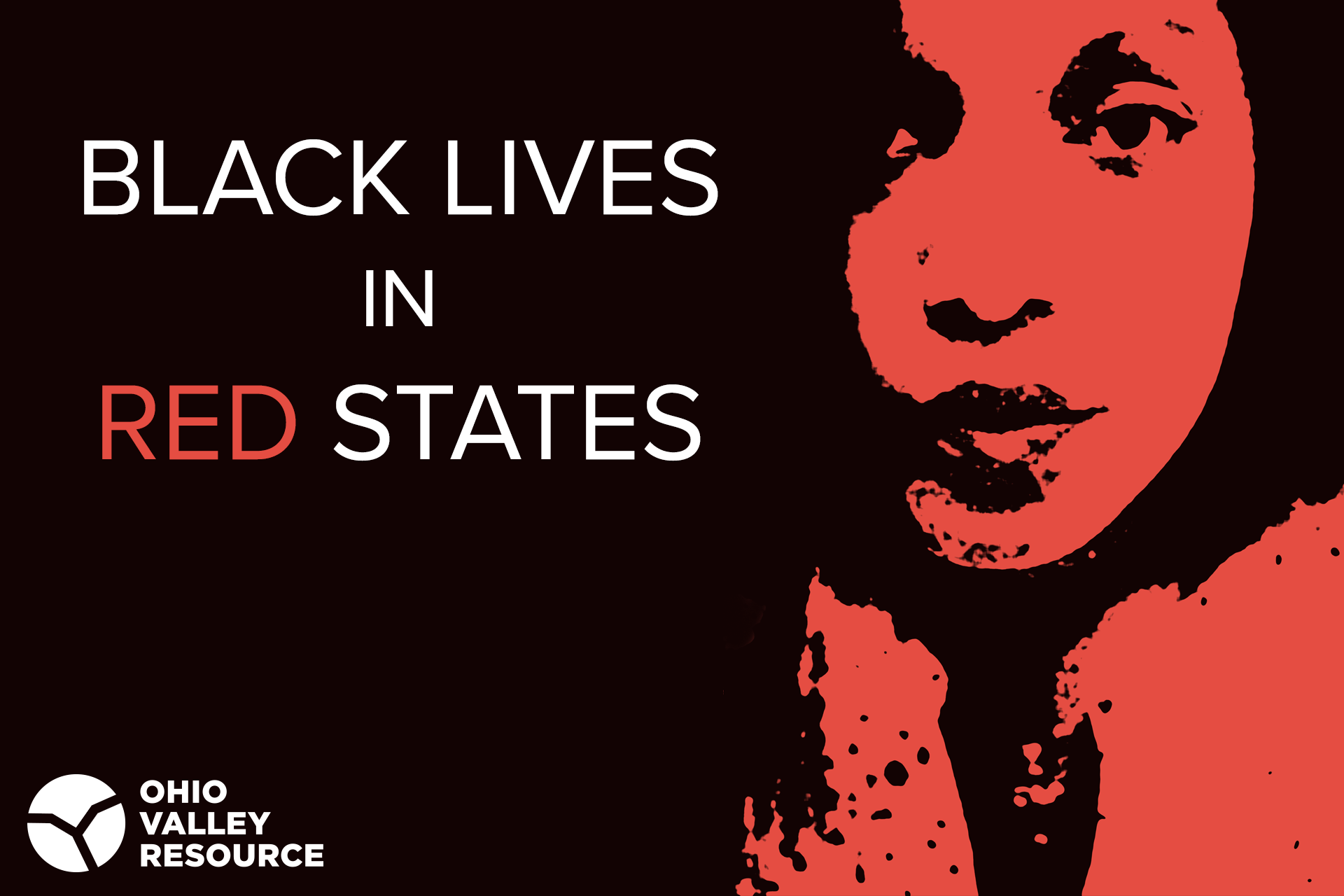 Being in the cast of “Blackademics” was particularly special to her. “I was very appreciative to be in a space that was just Black people for a Black production,” she said. “I had never had that before. You do get to bring the culture, you don’t have to worry about, ‘If I say so-and-so, people are going to label me as this kind of Black girl.”

When Georgetown College closed, Higgins weathered the pandemic in her home in Redfox.

She remembered the day her little sister came into the house, brandishing a cell phone. “She said, ‘Did you see this?’ She said, ‘I’m not going to show you the video, but have you seen it?’ And she told me what had happened.”

Hundreds of miles away, a police officer had held his knee on George Floyd’s neck as Floyd lay face-down in the street, begging for help, and then dying.

Higgins and her sister shared their anger and their fear. “I just remember thinking, I can’t cry in front of her, because she sees me as the calm one.”

Higgins thought back to a conversation she’d had with Brown during a rehearsal back at school. “These two characters come together in the end, even though we see them argue a lot during the play. And [Brown] said the words ‘my sister’s keeper.’ And that was just playing through my head. Because you get so scared. I get so scared being reminded, even though you already know, that it’s dangerous out in the world for you and anyone that looks like you.”

In Lexington, Brown’s experience was different. “Lexington and Louisville are like blue islands in this red state,” she said. “So living in my city, I have realized things and went through things, but I feel like my city’s on the right track. I just wish that the rest of Kentucky would hop on board with Lexington and Louisville and just do better on some of these issues, especially minority issues.”

Isolated from college friends and community, Brown, too, reflected on her experience in light of the Black Lives Matter movement surging in the Ohio Valley.

“It’s so sad that we didn’t get to do the play, but now with all the things that happened over the summer, I think we’re starting to see stories be told again.”

For Brown and Higgins, “Blackademics” didn’t end neatly. There was no happy ending: Just a deeper awareness of systems of oppression. 2020, they said, felt the very same.

Watch for more of the occasional series Black Lives in Red States from the ReSource, and read our earlier story here.