Donate Now!
Addiction In The Pandemic: The $350M Effort To Heal Communities In Opioid Crisis

Addiction In The Pandemic: The $350M Effort To Heal Communities In Opioid Crisis

The Madison County health department in Kentucky has kept its harm reduction program open throughout the COVID-19 pandemic to continue its work against the other epidemic afflicting the region: the addiction crisis. Through the program, people can exchange needles, receive referrals for addiction treatment services, and get training to use the overdose-reversal drug Narcan.

Laura Nagle, a risk reduction specialist at the department, said they use a van to provide training and doses of Narcan in area communities such as Richmond.

“The mobile unit is a part of Madison County’s harm reduction team, but [the University of Kentucky] provides the Narcan. So we actually couldn’t do this outreach if it weren’t for the HEALling Communities project,” Nagle said. 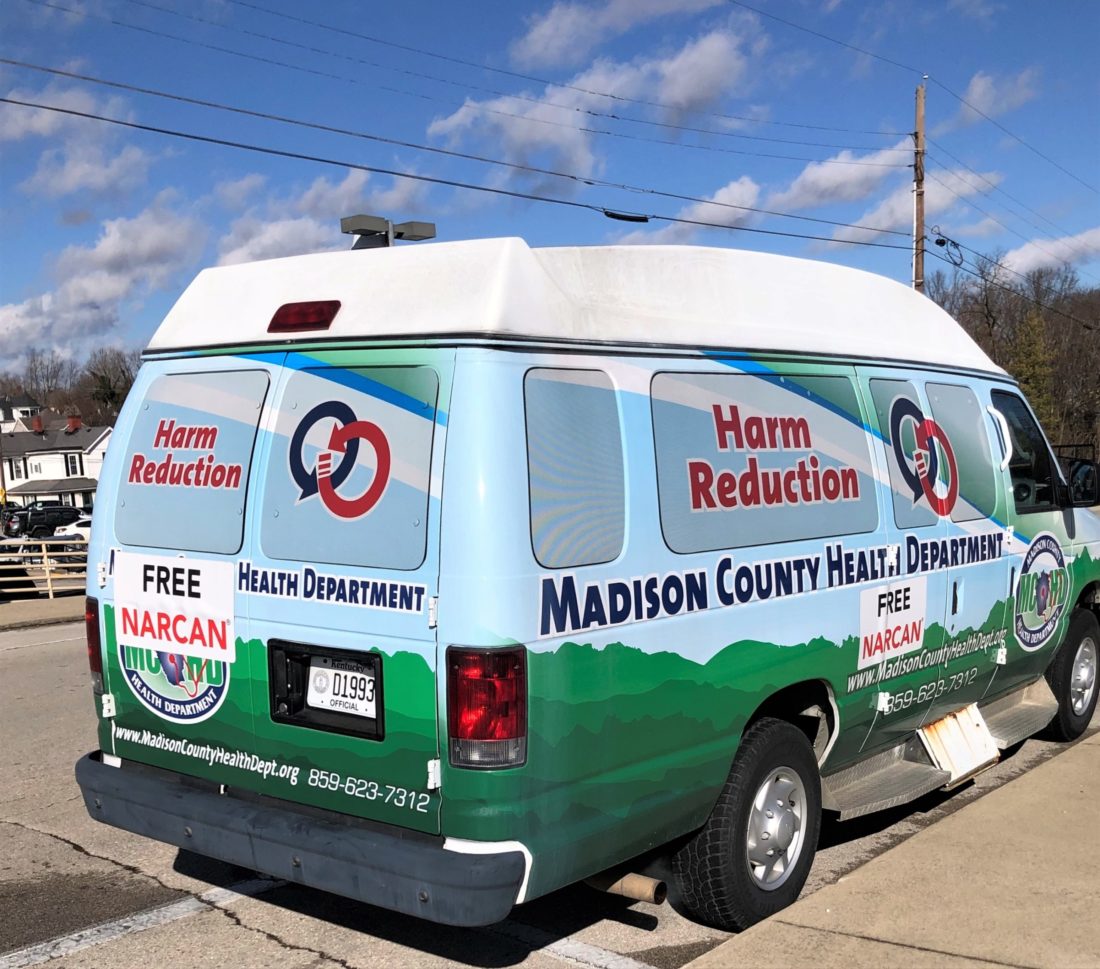 Anyone can request doses of Narcan and receive training from the Madison Co. Health Department’s Narcan mobile unit.

In 2019, the University of Kentucky was awarded the largest grant in its history — $87 million — to reduce opioid overdose deaths. Kentucky is one of four states chosen for the National Institutes of Health’s HEALing Communities Study. HEAL stands for Helping to End Addiction Long-term and communities in Massachusetts, New York and Ohio are also involved.

Although more overdose deaths have occurred during the pandemic compared to any previous year, across the Ohio Valley doctors and health workers have said the numbers of people seeking treatment have grown. Treatment practices like distributing overdose reversal drugs aren’t new. But the scale of efforts have increased and so has the focus on needs at the local level. The pandemic has also prompted new approaches to addiction treatment.

This story is part of a series about the addiction crisis amid the coronavirus pandemic. Click here for other stories in the series.

Overall, the HEALing Community Study’s goal is to reduce opioid overdose deaths by 40%. It will look at how evidence-based recovery, treatment and prevention practices work within mental health, primary care, addiction treatment clinics, county health departments and other settings within each community. Sixteen Kentucky counties, a mix of rural and urban, are divided into two waves of the study.

Sharon Walsh is a professor of behavioral science, pharmacology and pharmaceutical sciences and the principal investigator of the UK study. Walsh also directs UK’s Center on Drug and Alcohol Research. Walsh said meetings between researchers and community coalitions were just set to begin last year in order for communities to put treatment and prevention plans in place. That was March 2020. Then the first pandemic shutdown orders were issued. 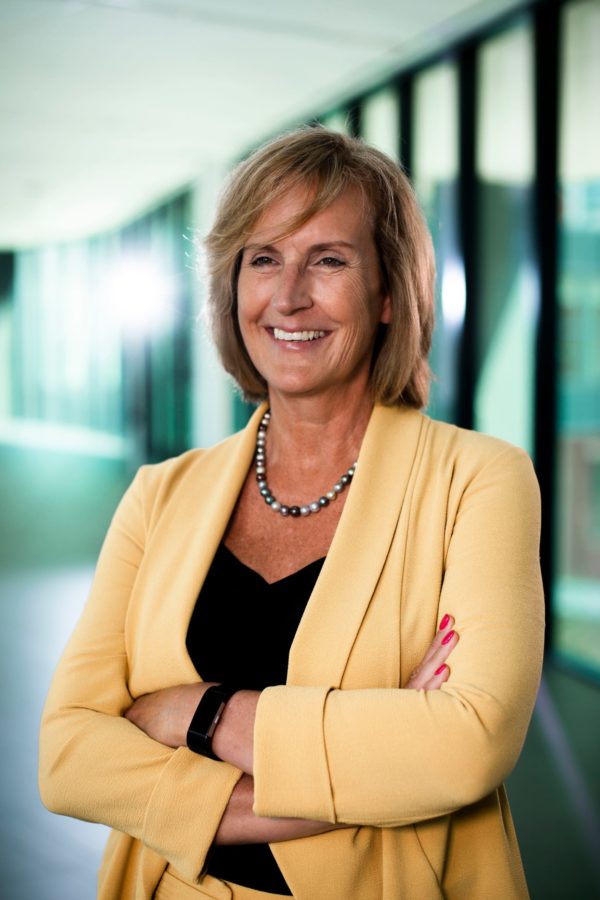 Sharon Walsh, principal investigator of the HEALing Communities Study at the University of Kentucky.

But that led to an unexpected benefit — meetings shifted online — which sped things up, Walsh said. More than 500 meetings took place from March to November of 2020.

“In retrospect, if we really thought that we could have done all that in person, we would have been buying campers and sleeping on the side of the road; we would have never been able to achieve so much without having gone virtually,” Walsh said.

Plans to implement addiction treatment vary between communities participating in the study.

“But what they have in common is that they all include evidence-based practices around our three critical elements of preventing opioid overdose deaths,” she said. The plans include ways to expand naloxone distribution and overdose education, make treatment programs more accessible and improve opioid prescribing practices.

Last spring, the pandemic pushed Ohio and Kentucky study participants to fast-track the distribution of the opioid overdose reversal drug naloxone. Walsh said the effort was “to make sure we could get naloxone into people’s hands, who were leaving jails, who are coming to the syringe service programs, who were coming to treatment programs, so that they would have that life saving medication.”

By November 2020, Walsh said, approximately 12,000 doses had been distributed to communities in wave one.

Some counties didn’t have any drug disposal drop boxes — sites where unused or unwanted prescription opioids can be dumped. So Walsh said community and partner agencies installed drug disposal kiosks in pharmacies. That’s one way the study is working within communities.

“We’re having meetings with all of our treatment partners to figure out what it would require of them in order to, for example, be able to treat another 50 people,” Walsh said. “What is it that they need? What are the barriers to doing that?”

To provide information about opioid education and naloxone distribution, Jackson said the team looked at different ways to reach the public. In Athens County, in the southeast of the state, broadband internet is not widely available. So they looked at the heavily traveled thoroughfares instead.

“And so they made a decision to use some of their communication funds and work through that and to use billboards because they could get that message out because, in fact, that was where they knew that the largest number of people would actually see that.”

In addition to the HEALing Communities Study, last August, Ohio received $96 million in State Opioid Response grants from the U.S. Department of Health and Human Services. Of that funding, $58.8 million was granted directly to county Alcohol, Drug Addiction and Mental Health Services boards throughout the state.

Susan Shultz, executive director of ADAMH board of Adams, Lawrence and Scioto counties in southern Ohio, said the $2,051,788 million allows the board to contract with local behavioral health providers that treat substance use disorders.

Four agencies will receive the latest round of funding to provide a range of services: substance use disorder outpatient treatment services; an opioid response team that shows up in the emergency department to offer treatment for anyone treated for an overdose; peer support ; and a vocational training program.

“They have an electrical program, they have plumbing, they have the barge, deckhand program, and they’re going to be adding some new vocational programs to that,” Shultz said. “So that’s a really great thing to get the people certified to be able to then get work once they graduate programs.” 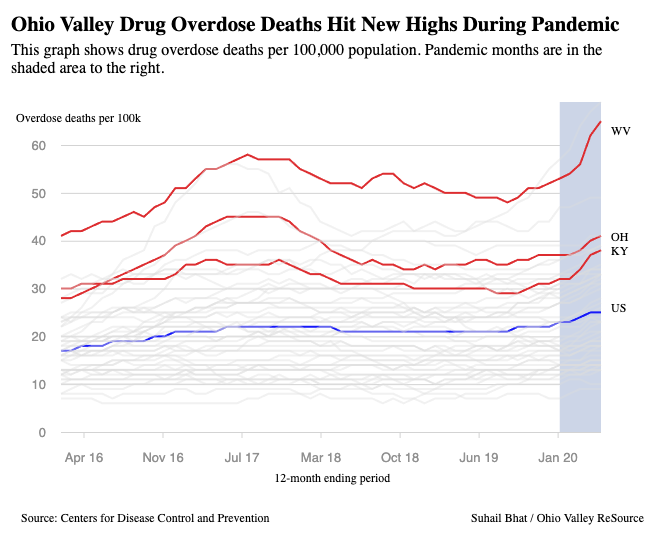 When someone decides to get medicated assisted treatment for opioid addiction, usually the first step involves visiting a doctor’s office to be prescribed a medication such as buprenorphine that stabilizes them. 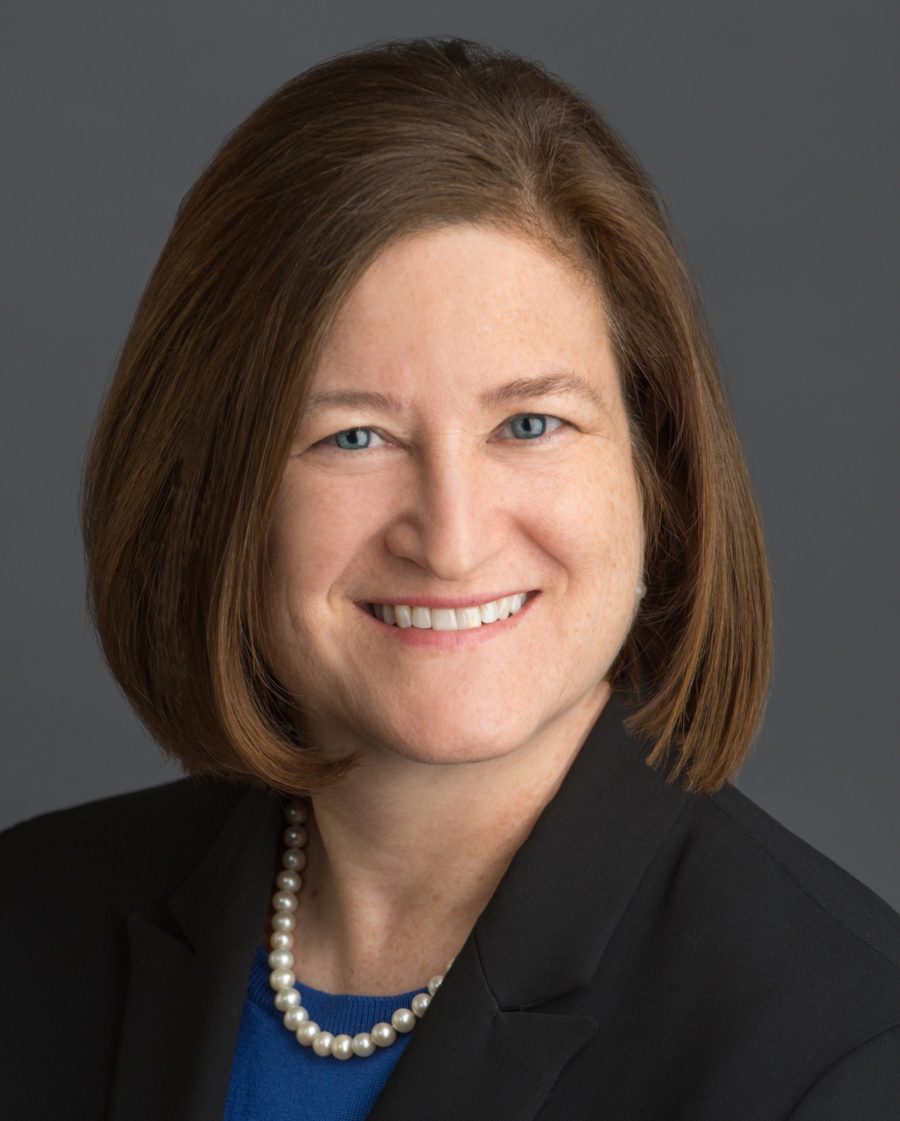 Dr. Kelly Clark, an addiction medicine specialist and psychiatrist in Kentucky, said that in-person evaluation by a doctor is required to start treatment, but the pandemic has forced some changes.

“There is a temporary relaxation by the federal government of these requirements during the COVID emergency,” Clark said. “So now, if you’re looking for treatment, which the core piece of opioid addiction treatment is medicine, you can call, do audio visual and start medication with buprenorphine using telemedicine.”

Although buprenorphine appointments may be conducted online, methadone intake appointments must still occur in person, Clark said. But the newest rules give doctors the option to let patients have more take-home doses of the medication to reduce the number of in-person appointments.

“The doctors are allowed to say that if patients are stable enough, they can more rapidly get more take-home, Clark said. “So instead of coming every day, for months and months, they might come every week or every two weeks.”

Being able to check in with a doctor or therapist online has also prevented patients who don’t have transportation from missing appointments. But the availability and affordability of the internet is an issue for much of the Ohio Valley.

“We’ve heard stories of people who literally set up their own or patients and communities —  literally setting up their own hotspots in fields, in parking lots, so that people can come together and utilize that in order to make the connections to counselors and their prescribers of medication,” Clark said.

Shultz said the reach of telemedicine has helped in Ohio, too.

“Telehealth services have been probably a godsend for our areas. So they’re able to do a lot of their treatment online,” Shultz said.

Dr. Redonna Chandler, with the National Institutes on Drug Abuse, directs the HEALing Communities Study. She said isolation has been a substantial issue since the beginning of the pandemic.

“We were hearing about isolation and relapse of individuals that had not been using drugs, as well as the fact that people who were using drugs, were using in isolation alone in many instances,” Chandler said. “And so we also started to see, as the months went forward in the spring, an increase in overdose events and overdose fatalities.”

“And there is a big push to try to make this something that is permanent,” Clark said. “The genie’s out of the bottle with telemedicine during this pandemic.”

As the HEALing Communities Study continues, ultimately treatment models may serve as blueprints that can be tailored to fit community needs across the country.

“What the study is doing is putting the power in the community to be able to figure out their unique assets, gaps, issues, to address the problem themselves, as opposed to coming in with something and saying, well, this is what you need to do and this is how you need to do it.” Chandler said.

This is the final story in a series about the resurgence of the addiction crisis during the coronavirus pandemic.

If you are struggling with addiction, the Substance Abuse and Mental Health Services helpline operates year round. 1-800-662-HELP (4357) Narcotics Anonymous hosts online meetings year round.