State leaders around the Ohio Valley will temporarily have fewer doses of COVID-19 vaccine to distribute following the Food and Drug Administration’s decision Tuesday to pause the use of the Johnson & Johnson vaccine. Regional officials gave no indication that they will have shortages of vaccines as a result, but the pause on the Johnson & Johnson “one dose” vaccine could complicate efforts to inoculate hard-to-reach populations.

FDA officials paused use of the Johnson & Johnson vaccine out of “an abundance of caution” while they are investigating six cases of blood clots among the estimated 7 million people who have received the vaccine. According to NPR, the Centers for Disease Control and Prevention said the blood clots under review are “extremely rare” and the CDC said it expects the review to last “a matter of days.” 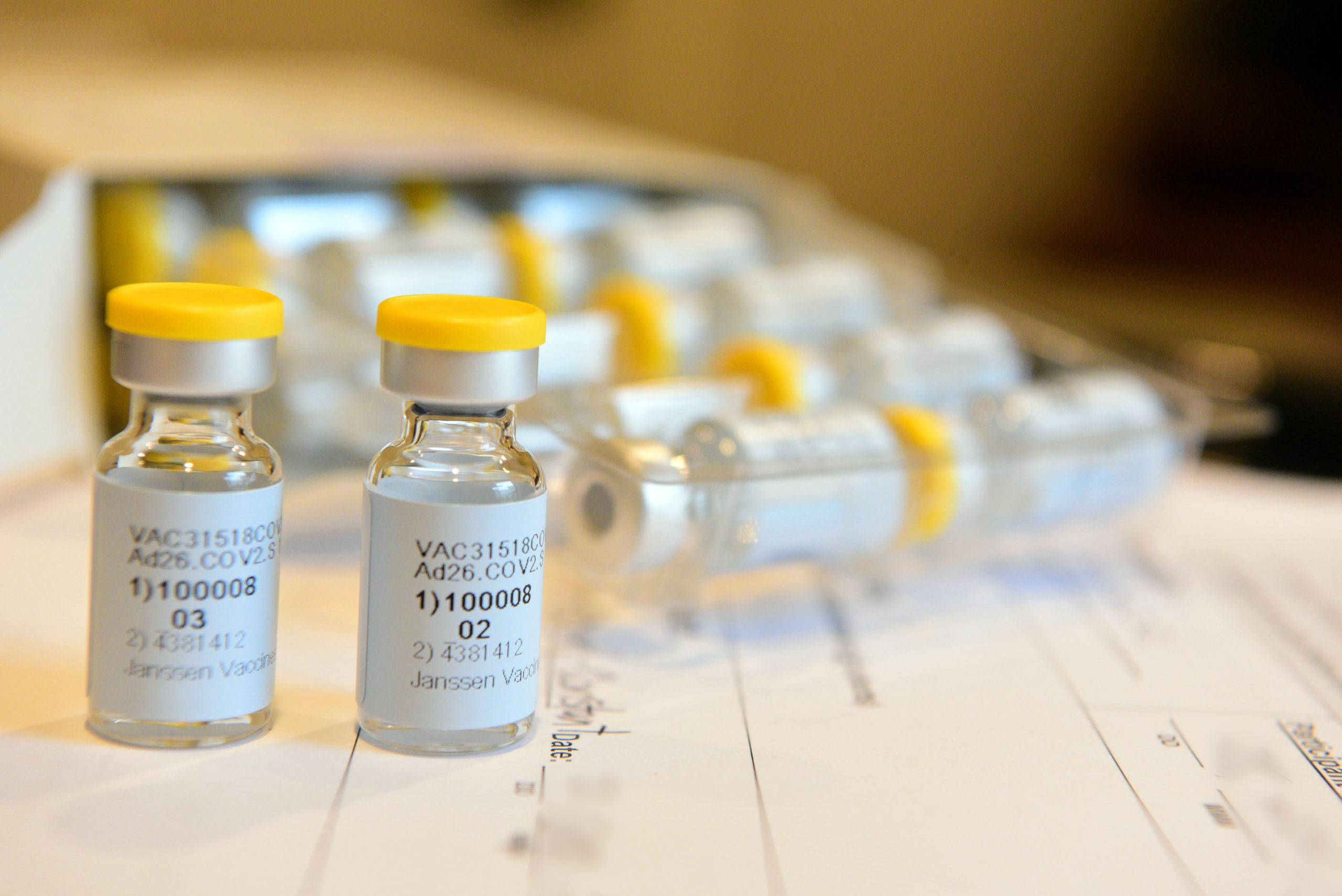 Check out our previous Q&As here.

Governors of Kentucky, Ohio, and West Virginia all announced Tuesday that those states will also hold off on use of the Johnson & Johnson vaccine until they learn more from the FDA and CDC.

Since March, the federal government has allocated nearly 600,000 Johnson & Johnson doses to the three Ohio Valley states, with half of that supply sent in the first two weeks of April, according to CDC data. To date, Ohio received 382,100 doses, Kentucky got 145,500 and West Virginia got 62,000.

Kentucky Gov. Andy Beshear told reporters Tuesday that a “significant” portion of these recent shipments will not be administered yet.

Health officials around the region were adjusting to the news Tuesday. Holmes County, Ohio, Health Commissioner Michael Derr said that the residents in the county “really prefer J&J since it is one shot,” but the county won’t be using any of the five remaining Johnson & Johnson vaccines until further guidance.

State officials around the region had been taking advantage of the Johnson & Johnson vaccine’s one-dose delivery in order to accommodate some populations that might be harder to serve with other vaccines which require a second booster round.

For example, on Monday Kentucky Executive Cabinet Secretary J. Michael Brown said the state had been using the Johnson & Johnson vaccine to inoculate people incarcerated in state prisons. Brown said about 70% of the state’s inmate population had received the vaccine.

Also on Monday, Ohio Gov. Mike DeWine visited the campus of Ohio University in Athens to encourage college students to get the Johnson & Johnson vaccine before leaving campus at the semester’s end. Elsewhere around the region, the vaccine had been used to serve the homeless in order to overcome difficulties arranging a second shot.

The Johnson & Johnson vaccine can also be stored at a higher temperature than can the Pfizer and Moderna vaccines, making it easier to use in small and independent pharmacies that serve many rural communities and small towns.

Using the CDC supported VaccineFinder, a website that helps residents locate nearby vaccine providers, the ReSource found that several pharmacies across the Ohio Valley had the Johnson & Johnson vaccine in stock.

Despite this setback, many officials around the region indicated that vaccine supply will not be a problem. “We have sufficient Pfizer and Moderna vaccines to continue our goal of vaccinating all West Virginia residents,” West Virginia Gov. Jim Justice said in a press statement. In Louisville, officials said thousands of appointments are available for people to receive the Moderna or Pfizer vaccines.