West Virginia Sen. Joe Manchin will take part in a discussion on Monday about the future of energy and coalfield communities.

Manchin will participate in a one-hour event hosted by the National Press Club called “A Conversation on Energy Transition and Working Families.”

Manchin, a former West Virginia governor, has a prominent role in Washington in shaping energy policies that affect the region.

He is chairman of the Senate Energy and Natural Resources Committee and a crucial vote for Democrats in an evenly split Senate.

Cecil Roberts, president of the United Mine Workers of America, will join Manchin at the event. Roberts has led the union since 1995. 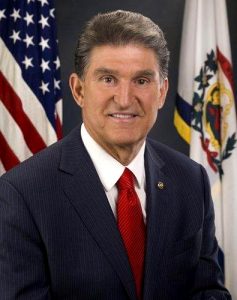 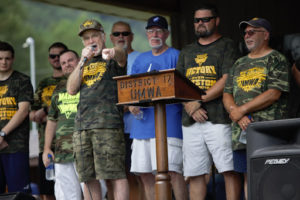 “The decisions being made in Washington will determine what our union and our communities look like 20 years from now,” Roberts said.

In spite of a sharp decline in coal production and consumption, West Virginia remains the second-leading producer of coal in the nation. Coal generates most of the state’s electricity. The state’s coal mines and power plants employ thousands of workers.

President Joe Biden has proposed a series of steps to help coalfield communities make the transition away from fossil fuels.

The discussion will take place virtually at 11 a.m. on Monday.