Appalachian Coal Is A Major Source Of Methane, A Potent Greenhouse Gas

Appalachian coal mines emit more than a million tons of methane a year, and overall the region is the largest U.S. source of the potent greenhouse gas, according to new research.

The region was the source of 3 million tons of methane in 2019, 1.1 million tons of it from coal mining, according to European satellite data analyzed by Kayrros, a company focused on climate risk. 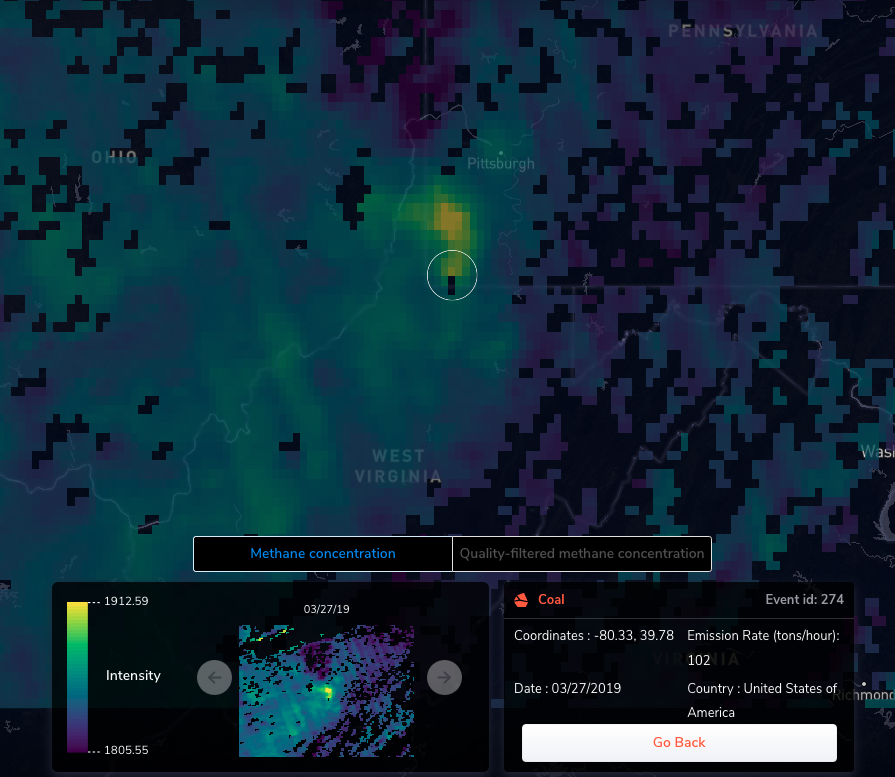 An image from the Kayrros analysis, with modified 2021 data from the Copernicus satellite.

In 2020, the region’s methane emissions declined to 2.4 million tons as the coronavirus pandemic lowered energy demand, but coal’s share of total emissions held to 1 million tons.

The balance of methane emissions in Appalachia comes from the production of natural gas through hydraulic fracturing, or fracking.

Methane is the main component of natural gas, and many previous measures of methane emissions focused on oil and gas drilling operations and gas distribution systems.

Kayrros said its study is the first comprehensive attempt to measure methane emissions from coal production. Antoine Halff, Kayrros chief analyst and co-founder, said the results were a surprise.

“Yeah, we’re surprised because in the coal industry, when people talk about coal, it’s always carbon dioxide,” he said. “It turns out methane is actually significant.”

Mining releases the gas from coal and the rock that surrounds it.

In 2018, 72% of methane from coal mining was emitted through ventilation from underground mines, according to the Environmental Protection Agency. Surface mining and coal storage and transportation can also emit methane. So can abandoned mines. 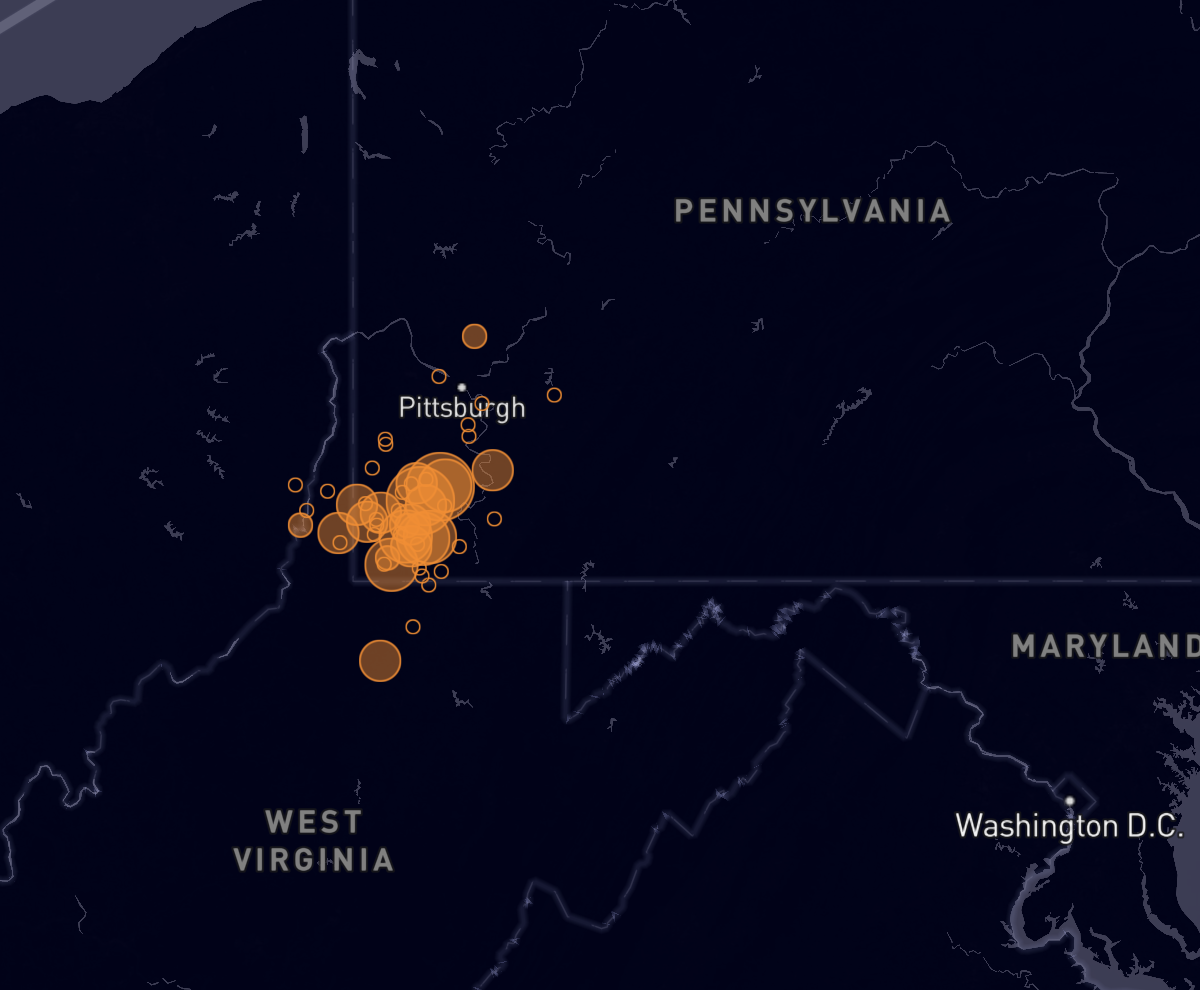 Images from the Kayrros methane analysis, with modified data from the Copernicus satellite, show emissions sources in OH, PA and WV.

Methane is estimated to have 84 times the warming potential of carbon dioxide in the near term. The United Nations in early May called for a 45% reduction in methane emissions by 2030, with the goal of holding the global temperature increase to no more than 1.5 degrees Celsius this century.

Methane accounts for 30% of warming since the pre-industrial era, according to the UN.

The combination of coal and natural gas production make Appalachia a larger source of methane than the Permian Basin in West Texas. That region is the source of 40% of the nation’s oil and 15% of its natural gas.

Together, the annual methane emissions from fossil fuel production in Appalachia is equivalent to the emissions of 30 million cars, according to Kayrros.

Cutting methane emissions by nearly half by 2030 could prevent more than a quarter million premature deaths, the UN says. It could also reduce asthma-related hospital visits, lost labor productivity due to extreme heat and millions of tons of crop losses.

Halff said fugitive methane can be captured in the ventilation systems of underground mines. He said it’s possible to separate the methane from the air.

“Now, the good news is that this methane in coal, as is the case in gas, can easily be reduced,” Halff said. “The level of emissions can be cut through changes in operating practices. And those changes in practices are not very expensive to implement.”

You can hear an interview with Antione Halff and learn more about Appalachia’s methane emissions in the latest episode of the Ohio Valley ReSource podcast, “Welcome to AppalachAmerica.”