When Nicole Riegel left her hometown of Jackson, Ohio, at the age of 18, she couldn’t wait to be gone.

Last year, Riegel returned to Jackson with a film crew in tow. The town was tapped for a starring role in the new movie “Holler,” which she both wrote and directed. She says it was unlike any experience she ever had.

“I remember one time, we were filming in the factory,” she said, referring to a fully operational frozen food packaging facility that features prominently in the film. “I [heard] someone say, ‘Oh hey Nicole.’ And I went to high school with them.”

Riegel worried at first about the reactions she might get. “The first instinct is, you’re here to make fun of hillbillies,” she said, in a nod to the long history of media misrepresentation of the region. To make the process as community-engaged as possible, she decided to cast local actors in secondary roles, and at some points wove their lives into the story. 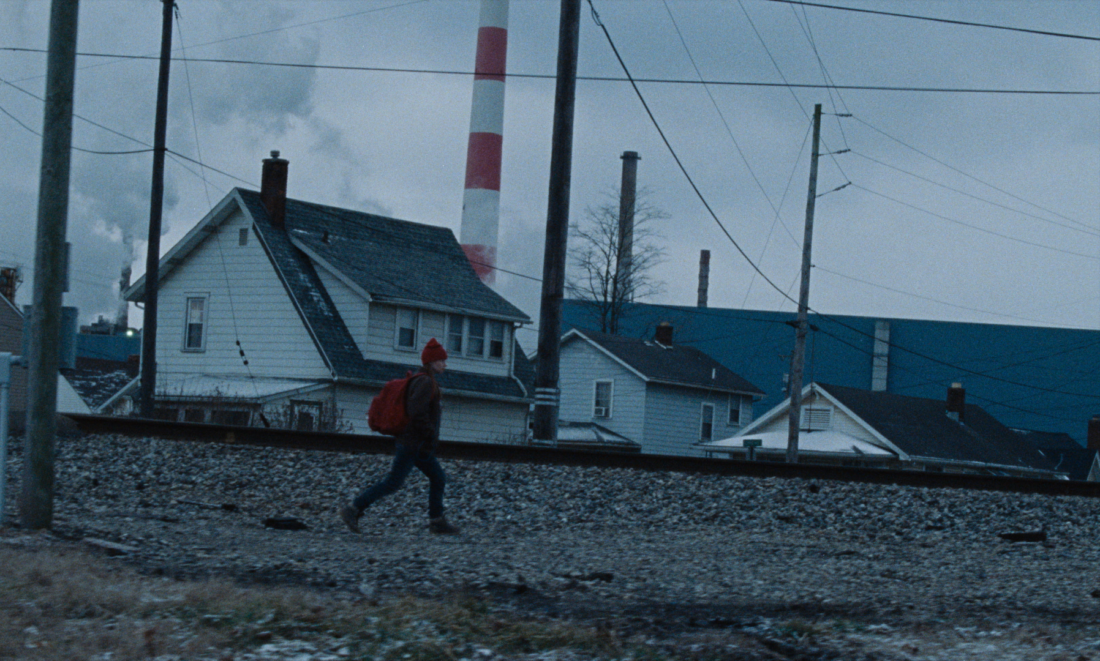 Nicole Riegel returned to her Ohio hometown to make “Holler.”

The movie centers on a young girl named Ruth, a recent high school graduate, and her brother, Blaze. They work in a scrapyard together, supporting themselves as their mother goes through rehab for opioid addiction. It’s a hardscrabble life for both of them. Early in the film, they’re served with an eviction notice, and move in with their employer and co-workers, who turn out to be working a little outside the law. But Ruth’s life takes a turn when she gets accepted to college, and her brother urges her to go.

“She’s me,” Riegel said, bluntly. Ruth is who she used to be: 18 and a little bit of a rebel, faced with enormous, life-changing choices and surrounded by community members who were telling her to get out of Jackson if she wanted a successful life. Riegel felt that very deeply when she was a kid. 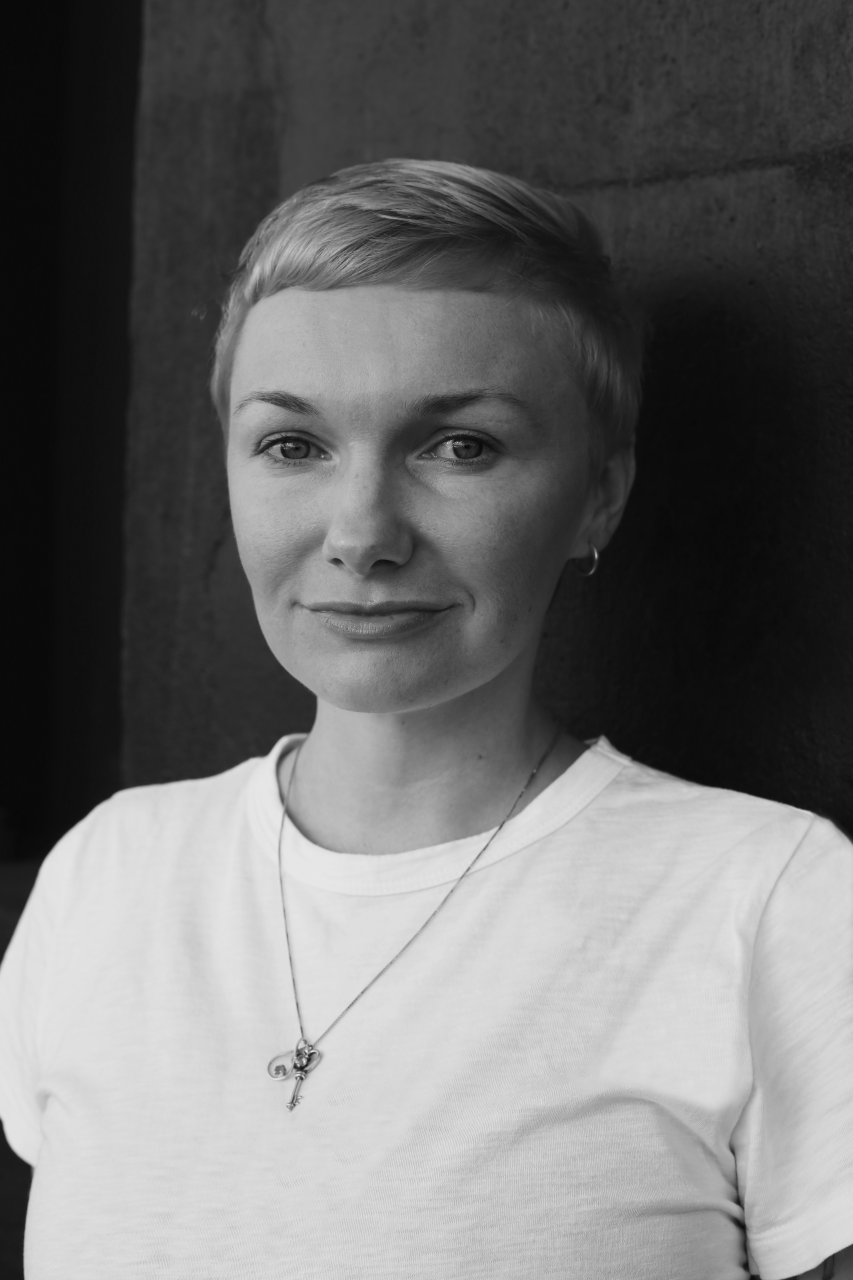 “[Ruth gives] herself permission to do more,” Riegel said, and it was important to her that leaving be viewed as a valid choice, rather than any kind of betrayal.

Riegel also wanted to portray the flip side of the equation. Ruth’s brother, Blaze, might be viewed as a failure by tastemakers in Hollywood, but Riegel sees his life as dignified and worthy of respect. He encourages Ruth, but he also seems to belong where he can see his hometown girlfriend and take care of his mother.

Other characters depict different facets of life in Jackson. Linda, who works at the local factory and takes care of Ruth and Blaze when they need it, has come into middle age in Jackson and feels deeply at home there. There’s also Hank, Ruth and Blaze’s boss, whose shady business dealings are given depth by his assertions that in a small, de-industrializing town, survival isn’t always pretty.

Characters are surrounded by the words of Donald Trump, which open the movie on a car radio as Blaze drives Ruth home. “Jobs, jobs, jobs,” the broadcast blares, as Ruth looks out the window at the factory, which, in the film, is on its way out of business.

The media fascination with so-called “Trump country” is part of what drove her to make this film. She wanted to present alternatives to the narrow media fixation on a certain subset of people that Riegel calls “crusty, conservative white men.”. She made a point to cast queer and Black actors, and to put the story of a young woman at the film’s center, to counter that narrative. There’s a new generation of young adults in Appalachia, and lots of them, Riegel said, are oddball little punks like Ruth, people who won’t easily fit in a box. It’s important to tell their stories too, to see them as a part of the tapestry of life here — and, when possible, to put them behind the camera.

Most recently, Riegel made true on that promise by screening the film online in partnership with Appalshop, an eastern Kentucky arts and media organization. (Appalshop is also home to Ohio Valley ReSource partner station WMMT.) In a post-screening panel with youth filmmakers from the area, Riegel encouraged young people to look around them for inspiration, to create community where they are, and to be easy with themselves, because the work is the long-haul kind. 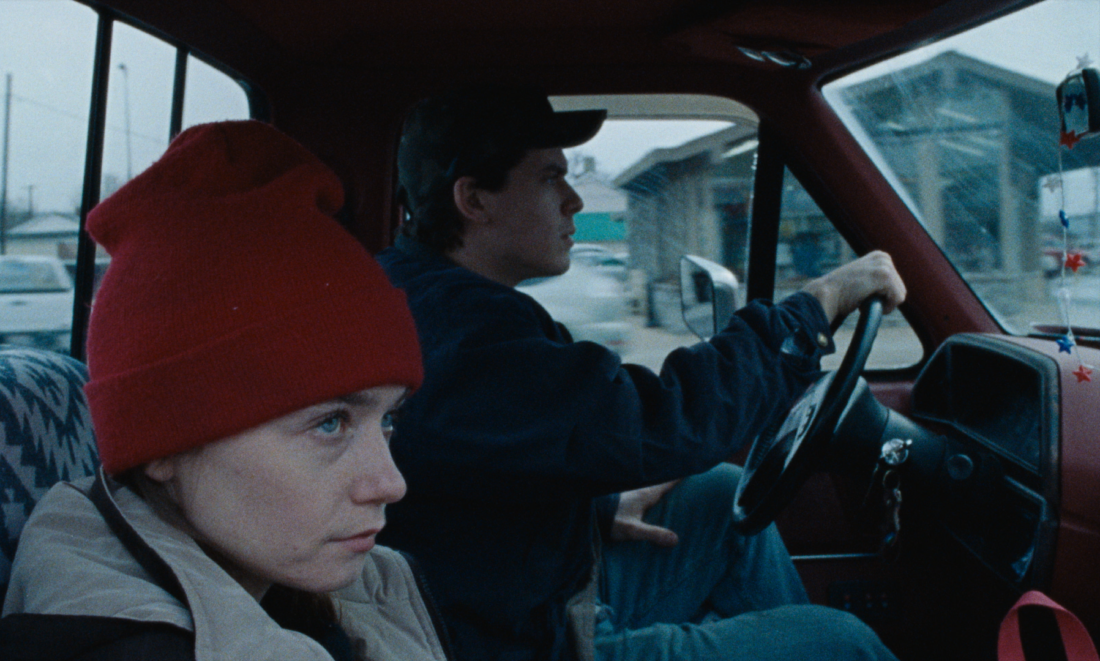 Jessica Barden as Ruth and Gus Halper as Blaze.

Besides, Riegel said, it’s crucial to see leaving Appalachia as, well, not a forever thing. It was leaving, after all, that brought her back to Jackson as an adult, to tell its story to the wider world. She has been inspired by her childhood throughout her journey as a filmmaker, and thinks there’s lots of beauty to be found in the place where she grew up.

“I think that a lot of what I make is always sort of a poem to the women from Appalachia, so I don’t know that now, as a grown woman, I agree with 18-year-old Nicole,” Riegel said. But even though she came home again, maybe she had to take the long way around. Either way, it’s okay, the film seems to say, and home, and the people who love you, will be there when you’re ready.