The January 6 attack on the U.S. Capitol left five people dead and caused an estimated $1.5 million in damage to the Capitol building.

In the six months since then, federal authorities say, about 470 people have been arrested in nearly every state, including at least 46 people in the Ohio Valley.

The Ohio Valley ReSource has mapped the home counties of those from Kentucky, Ohio and West Virginia who have been charged in connection with the Capitol violence. 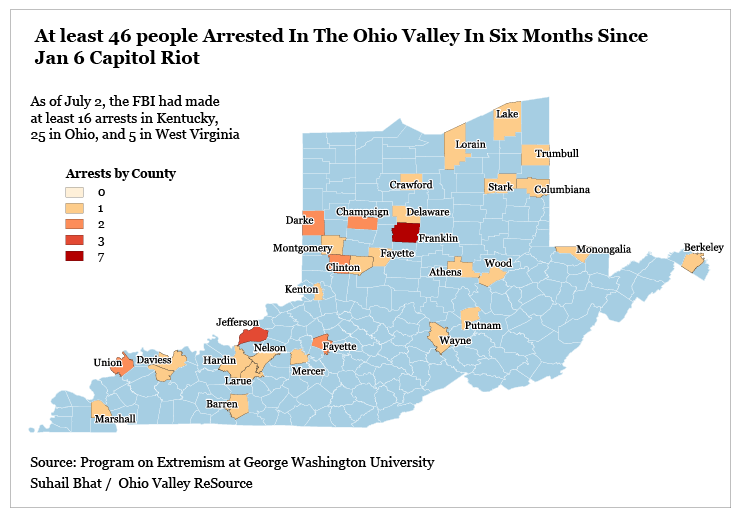 As of July 2, the FBI had made at least 16 arrests in Kentucky, 25 in Ohio, and five in West Virginia.

Ohio’s Franklin County stands out on the map, with seven arrests, the greatest concentration in the region by far and among the most arrests by county in the country. Only two other counties nationwide have that many arrests: Orange County in California, and Brevard County in Florida. Franklin County is home to Columbus, Ohio’s capital, and has a population of about 1.3 million.

In Kentucky, the greatest concentration of arrests is in Louisville, where three people face charges. Two were arrested in the Lexington region.

George Tanios, a Morgantown, West Virginia restaurant owner, is charged with assault on a federal officer with a dangerous weapon, and conspiracy to injure an officer. A criminal complaint describes Tanios and a Pennsylvania man arranging to use chemical irritant spray on officers at the Capitol. 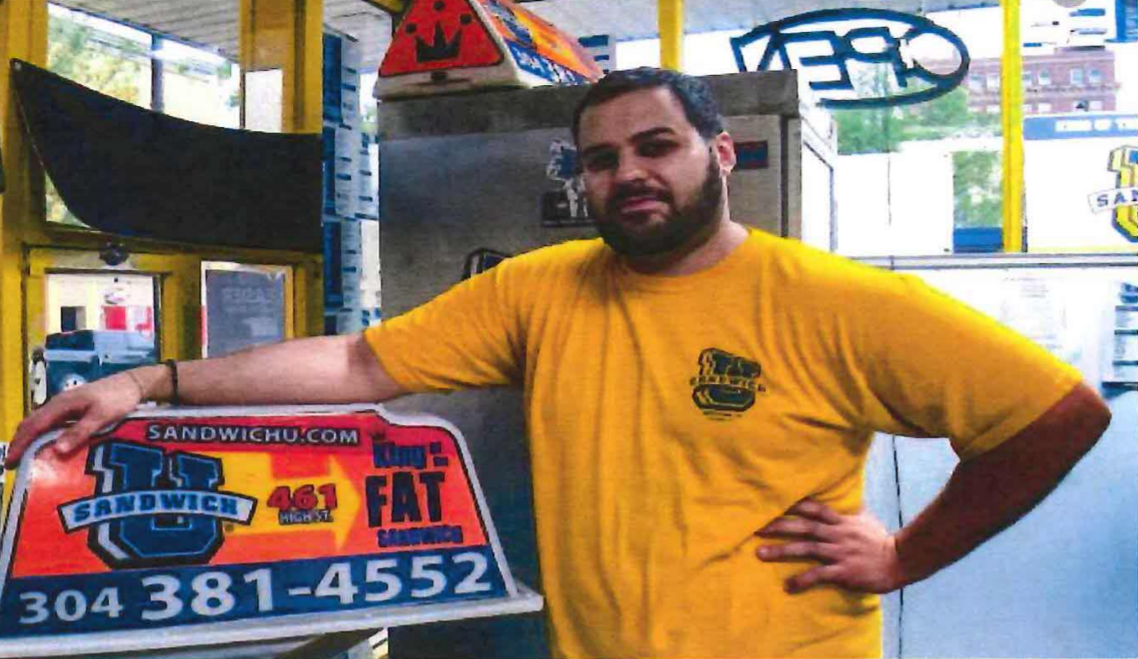 An image from the criminal complaint against George P. Tanios shows Tanios at his Morgantown, WV, restaurant.

One of the injured officers, Brian Sicknick, later died. However, a coroner determined Sicknick’s death was unrelated to the injuries sustained in the Capitol violence. Tanios was arraigned in April and he pleaded not guilty to all counts. He remains in federal custody.

Four Ohio residents who are alleged members of the militia group the Oath Keepers are charged with conspiracy to delay or hinder Congress’ certification of the Electoral College vote.

Clayton Mullins of Mayfield, Kentucky, is charged with assaulting an officer and engaging in physical violence in a restricted building.

An image from the federal complaint against Clayton Mullins shows Mullins appearing to pull an officer by his leg into the crowd.

The criminal complaint against Mullins includes images of him pulling a capitol officer by the leg into a crowd, where the officer was struck with poles, kicked, stomped and sprayed with chemical irritant. The complaint stated that a cut on the officer’s head required staples to close. 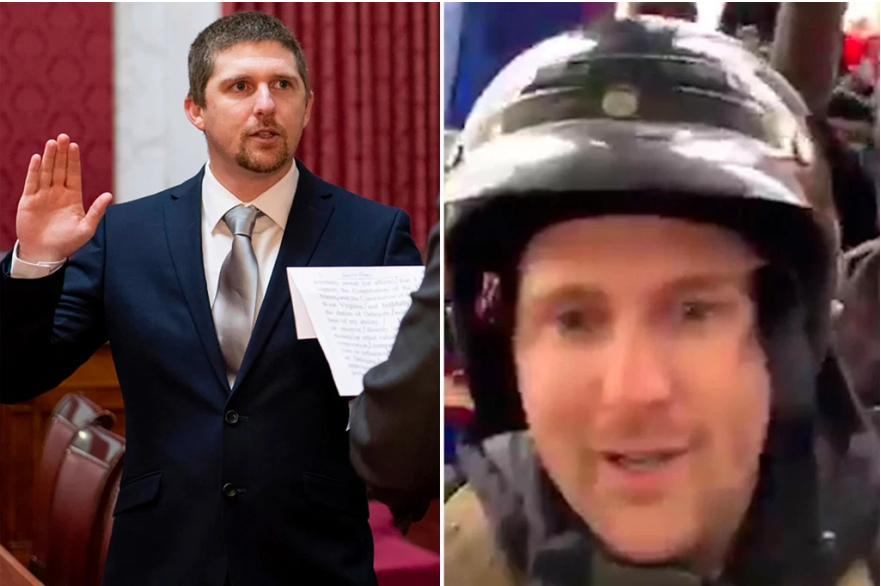 Derrick Evans taking his oath of office (left) and entering the U.S. Capitol on Jan. 6 (right).

The FBI is asking for public help to identify dozens of additional suspects. Last week House Speaker Nancy Pelosi appointed eight lawmakers to a select committee to investigate the insurrection.

The Ohio Valley ReSource gets support from the Corporation for Public Broadcasting and
our partner stations.