Bennett Quillen walks through a late August downpour check on his fall crop, and sees that his greasy beans are coming ripe. He learned how to farm from his father, and he’s determined to model environmental stewardship for his community.

“I believe in taking care of the land,” Quillen says. “I want to leave the land better than I found it.” 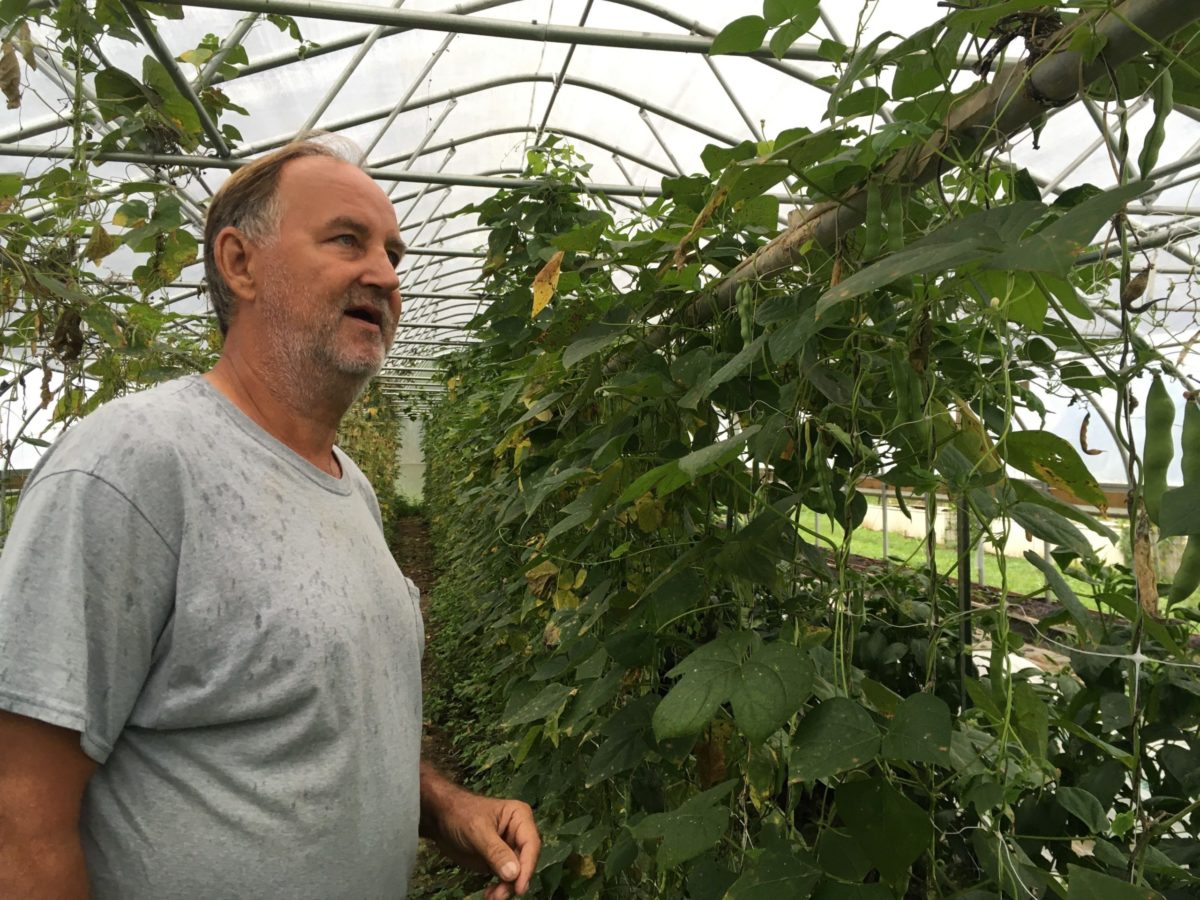 He grows vegetable and fruit crops on his acres of land. But hidden beneath his pastoral life are constant reminders of the legacy costs of the coal industry — both in his lungs and in the land around him.

Two major funds meant to address those legacy impacts depend almost entirely on the declining revenues of the coal industry and the will of Congress to remain solvent. Now, both are due for renewal, and could be reduced, or even allowed to expire.

Funds to Heal the Land

Quillen’s land is surrounded by an old coal seam, formerly mined by CONSOL coal. Though patches of it have been reclaimed, Quillen says that drainage problems remain, turning streams orange and causing blowouts. He and his neighbors live in fear of landslides—  they watch the hills carefully whenever it rains.

The mines near Quillen all predate the Surface Mining Reclamation and Control Act of 1977, which established a fee on coal companies to hold them accountable for the environmental and public health costs of unreclaimed minelands, in addition to setting reclamation standards for new mines. The fee currently stands at 28 cents a ton for surface coal and 12 cents a ton for subsurface coal. The federal government estimates reclaiming all abandoned mine lands (AML) will cost $11.3 billion; however, as of September 2020, only about $6 billion worth of AML problems have been fully addressed by the fund, and only $9 billion distributed to states and tribes.

Like many federal programs, the AML fee regularly comes up for renewal — in this case, every fifteen years — and is slated to do so again on September 30. However, negotiations between Senator Joe Manchin and Wyoming representatives resulted in a proposed 20% reduction in the fee. Western states now produce the majority of the coal on which the fee is levied — even though Appalachia hosts the vast majority of abandoned mine lands. That reduction itself was a compromise — Senator Cheney of Wyoming initially proposed a 40% cut, with a seven—year renewal deadline. 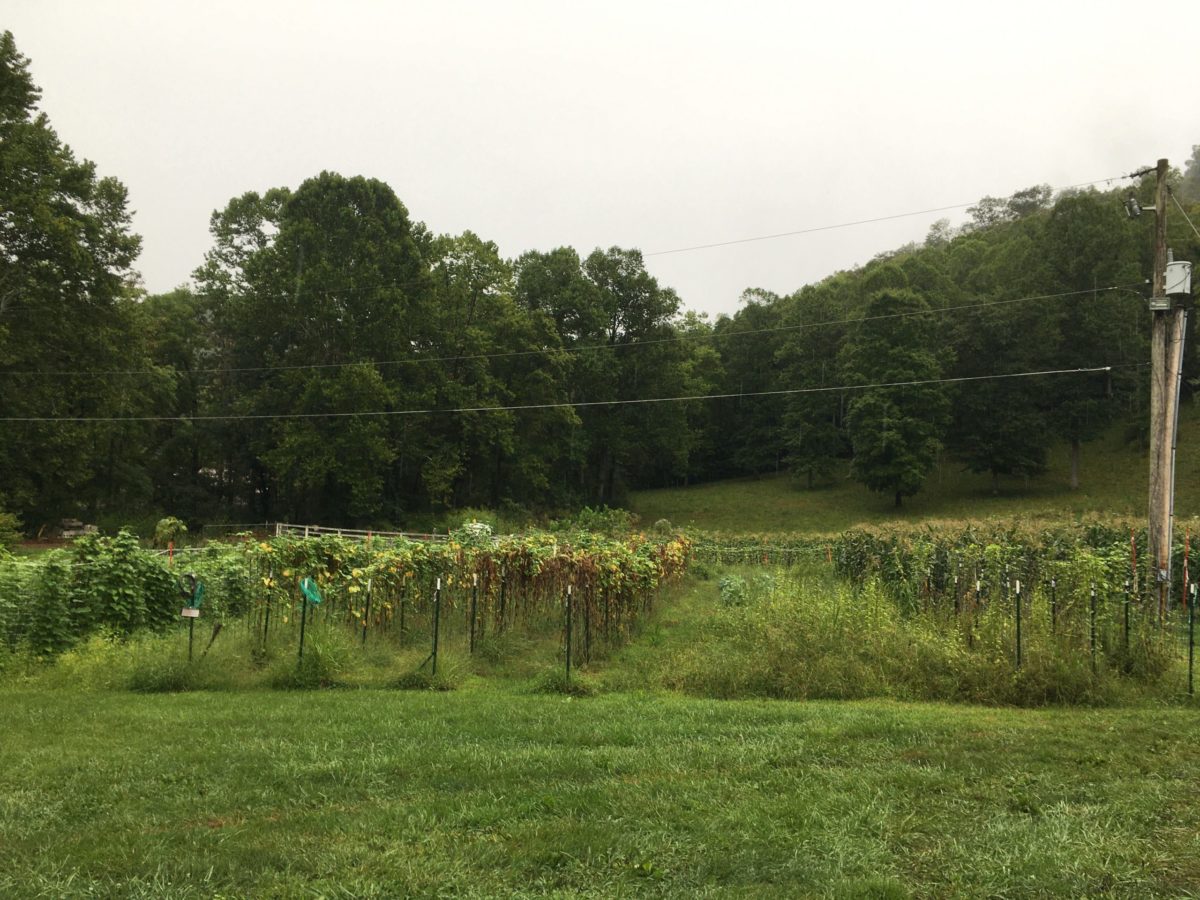 Bennett Quillen’s field in Deane, Kentucky, near a number of AML sites.

According to Chelsea Barnes, the legislative director for Appalachian Voices, the costs of reclamation may in fact be severely underestimated.  Mining hazards don’t go away — they simply worsen year to year, increasing the reclamation costs the longer they are left to lie.

“[Mining] leaves behind high walls that are basically big cliffs… that can have rock falls,” Barnes said. “It leaves behind acid mine drainage, clogs streams, lots of coal mining waste that is very combustible and can leach into waterways.”

Furthermore, the federal estimate neglects administrative costs and mines that have not yet been inventoried.  Barnes estimates the real cost of reclamation may be closer to $20 billion, and that’s only for pre—1977 mines. Perhaps in 1977 there was less sense of what needed to be done, but now that there’s a fuller inventory, advocates believe it’s time to start estimating more accurately.

Another aspect of Quillen’s well-being is also inextricably tied to declining coal revenues. Quillen has stage one black lung, an incurable progressive disease that’s become increasingly common and severe among coal miners, and taking away their ability to breathe.

After a period of agitation around the issue in the 1970s and 1980s, during which coal miners demanded workers’ compensation for black lung as a work—related illness, the US government set up the Black Lung Disability Trust Fund. The fund is supported by the Black Lung Excise Tax, taxed per ton on coal sold.  That means the money is dependent on coal revenue, which has continued to decline.

On top of that,  as the tax rate paying for the fund has faced cuts in Congress. Once renewed every ten years, the tax has shifted to needing renewal every year.  The fund has had to borrow from the US Treasury —  leaving it $4 billion in debt as of 2019, when the tax rate was cut by 50%. The tax currently sits at $1.10 per ton of surface coal, and $0.55 per ton of surface coal, and is  up for renewal once again in December.

“There’s also a lot of pushback from coal companies, because as coal is declining, they don’t want to pay into this,” said Courtney Rhoades, who advocates for black lung patients at Appalachian Citizens’ Law Center. “Even though we also know that as coal is declining, they’re cutting into more rock dust, and that’s leading to sicker miners that we’ve seen in the last decade.” Rhoades said that constant bankruptcies in the coal industry have allowed companies to shed liability for the disease.

A prior investigation by NPR and the Ohio Valley ReSource revealed that even as black lung is surging, coal companies are hesitant to cover black lung claims.  Quillen, who has stage one black lung,  tried to file for benefits three years ago, but his case was turned down. He doesn’t feel ready to jump back into the bureaucracy of filing another claim.

“I walked 20,000 steps a day the other day, just around my farm,” Quillen said proudly.  But black lung is a progressive disease, and someday, he knows, he will have to try again. According to the Center for Disease Control and Prevention, as many as 1 in 5 Appalachian coal miners live with black lung, and 1,000 die every year. And anecdotally, Quillen knows a lot of people who’ve tried to file time and again.

“They’ve not drawn a penny,” he said.

Rhoades is advocating for a 25% increase in the fee, which is currently wrapped into a bill backed by Senator Bernie Sanders. Appalachian Voices believes this would make the fund solvent through 2050. Otherwise, the fund will have to be supported by taxpayers.

The excise tax and the AML fee are both dependent on an industry now in steep, and some say irreversible, decline. The Biden administration is addressing the funding challenge that presents by appropriating $11.3 billion to AML reclamation in the bipartisan infrastructure bill that recently passed the Senate, a move advocates like Barnes believe is a step in the right direction, relieving impacted communities from having to bear the full burden of abandoned mine lands.

Quillen loved being a coal miner, even though it was a dangerous job. All he wants now is for the companies to pay back what they owe his community, he said. Where the company left holes in the ground and open rock, he says, he sees opportunity — for vineyards, vegetable crops, even goats — some way to get the land back to serving and sustaining the local community.

“They don’t need to come in and rob this country and leave,”  Quillen said, as he settled back down into his porch chair to watch rain sweep over the landscape

Coal industry representatives did not respond to a request for comment by the time of  publication. 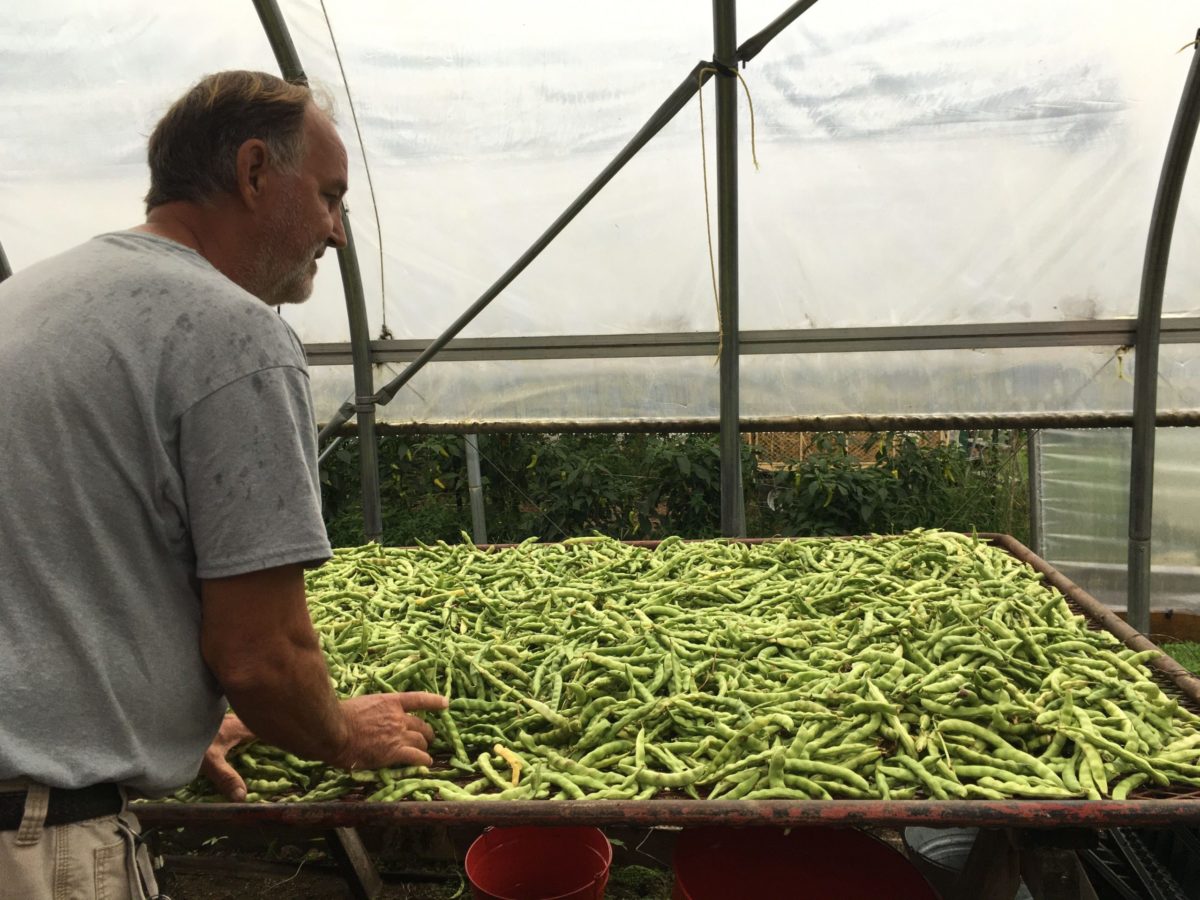 Quillen shows off his harvested beans, many of which will go to his neighbors.