On the night of Sunday, March 20th, James D. Brown drove from his home in Lynch, Kentucky to the Marathon gas station in Cumberland to grab himself something to eat before work in the Darby Fork coal mine. Normally, when his shift ended and the sun rose, he’d drive himself back over the winding mountain road to get breakfast from the Marathon again. 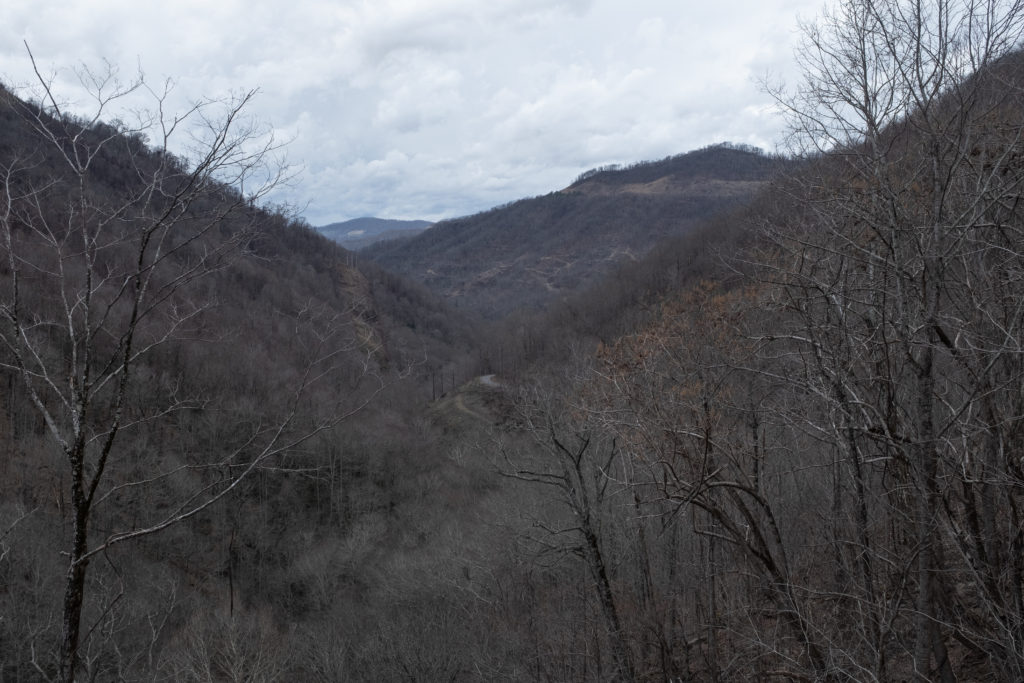 The road between Cumberland and the Darby Fork mine

An hour into the shift, two and a half miles down the tunnels of the Darby Fork mine, a roof collapsed on the 33-year-old. For a day he lay under the rock as crews and investigators tried to recover him, and his community held out hope that he was alive. When the news broke that Brown had passed, the community mourned.

Lisa Kyle, works as a cook at the gas station. She’s used to the flood of men in work stripes during shift change, but she never forgot to say hello to Brown. He grew up with her kids, and besides he was good fun, she said.

“He would come here in the morning,”  Kyle said. “He was like, ‘well, hello, beautiful.’ And I’m thinking, ‘really, James?’ You know, it’s too early in the morning for your mess.” 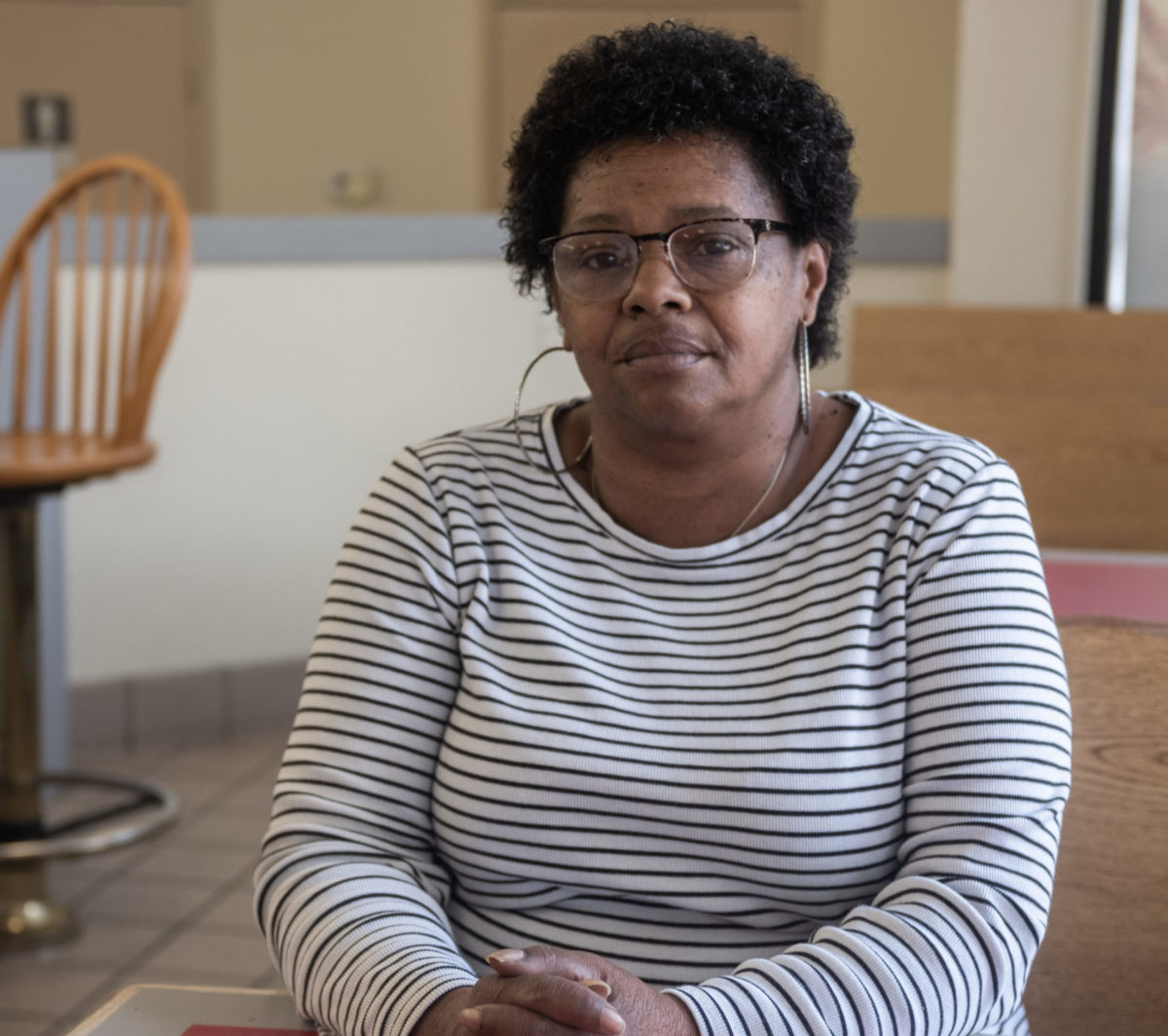 Kyle was born in Benham, just down the road, sandwiched in between Cumberland and Lynch. Her family mined coal, as did all the families around her. Though tragedy never struck her own family, it was a worry that lingered on the sidelines, even as the mining disasters declined over the years. And when disaster did strike, she knew what to expect.

“He came in that night going to work,” Kyle said. “And then the next thing we know, his wife come here the next day and said that he’d been in a mining accident. And, I mean, we knew he wasn’t gonna come out.”

Down the road at Bailey’s Hoagie Shop in Cumberland, server Kaitlin Reynolds handled the lunch crush as a storm blew west from Pine Mountain. With the sky turning purple with rain, Reynolds wended her way between the tables, reassuring customers that it would blow over quickly and turning kids’ cartoons on the restaurant TV for one young patron’s benefit. On a moment’s break, she took a moment to think about another storm that blew through her community–Brown’s sudden and tragic death.

“Even if you didn’t know him, you knew he was a good person,” Reynolds said.

Like many in the old coal camp towns along Highway 119 in Harlan County, Reynolds didn’t know Brown personally, but she and her coworkers had spent the past few days in a state of mourning.

What you do after a coal miner dies

Brown’s wife, Darla, lives in the town of Lynch with her three children. She spoke on the phone from a Walmart parking lot, in between errands: first, to court, and then, to shop for the funeral, which was to be the following day, after the Kentucky Division of Mine Safety returned Brown’s body from Frankfort.

“James was my soulmate,” Darla said. One of her children was from a previous relationship, but Brown had accepted the kid as his own, and the other two are six and seven years old. The couple had recently reconciled after a year of marriage counseling, and were hopeful for a second chance together. Darla wants James to be remembered for the man that he was, rather than simply an anonymous coal miner who died in a rockfall. He was a loving father, who taught his children about the world and always made time for them. And he was passionate about his work. 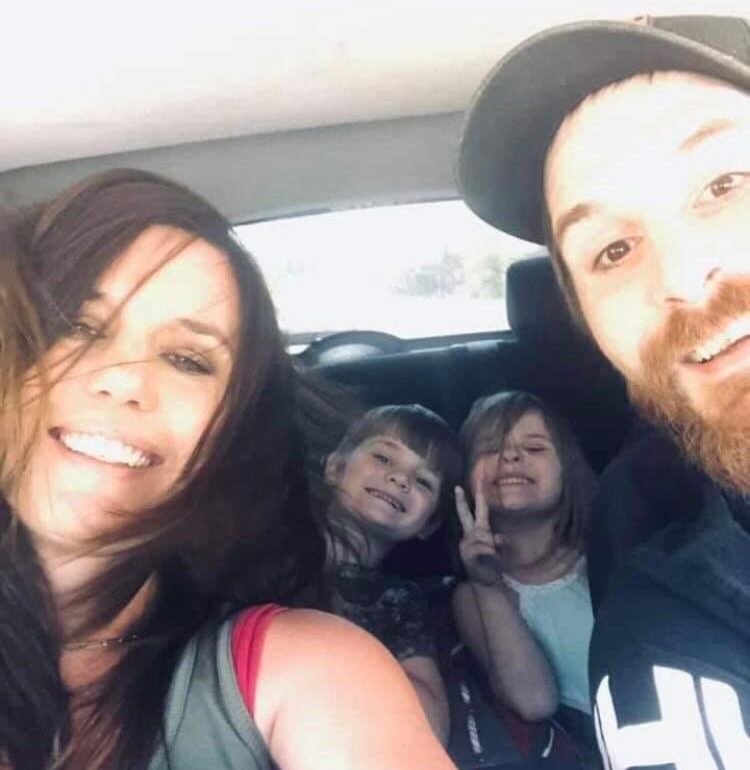 Darla Brown, James Brown, and two of their children pose for a picture.

Brown was a football player in his high school days. Darla said he was good enough that he could have gotten a college scholarship, but he always wanted to work in the mines like his brother. He worked for thirteen years on and off as a roof bolter–a highly dangerous job that involves securing the roof of the mine to keep it from collapse. The Darby Fork mine is a little over six feet high and is also kept stable with large pillars of coal. After a section is mined out, the miners retreat, taking the pillars with them and allowing controlled collapse of the area. The average compensation for a roof bolter in Kentucky is about $47,000.

Brown’s career, like that of many miners, navigated company bankruptcies and takeovers. Inmet Mining purchased the Darby Fork mine from the Blackjewel coal company when Blackjewel declared bankruptcy in 2019, leaving over a thousand miners out of work across the region.

Darla said other coal miners’ wives helped prepare her for what could be a long fight for her family’s survival. Many songs and stories have been written about the eternal dread of the midnight phone call from the company. But there are fewer about what comes after.

“This isn’t common knowledge, you know, what you do after a coal miner dies,” said Darla, who had prioritized staying home with the kids and is working only part-time. “He’ll get his paycheck for the work that he did last week. And he’ll get paid for the night he was stuck under that rock. But then they’re cutting off his pay. And that means they’re cutting off our benefits too.”

A nearby mine in Harlan County called Darby No. 1 was the site of a methane explosion that killed five men in 2006. Back then, widows of the miners spent years fighting the company in a wrongful death lawsuit, alleging that safety procedures had been ignored. Tony Oppegard, an attorney, represented some of those women, and he’s representing Darla now. When Darla contacted him, he immediately tried to get into the witness interviews related to the incident, as he had in 2006. But he found he had to fight the federal Mine Safety and Health Administration for the information.

Now, Oppegard and Darla will have to wait at least four months for additional detail on Brown’s death, when the MSHA report is ready. Oppegard expressed frustration with a process that he says favors the company’s interests.

“Almost all fatalities are the result of violations that the companies committed, violations of the federal mine safety law,” Oppegard said. 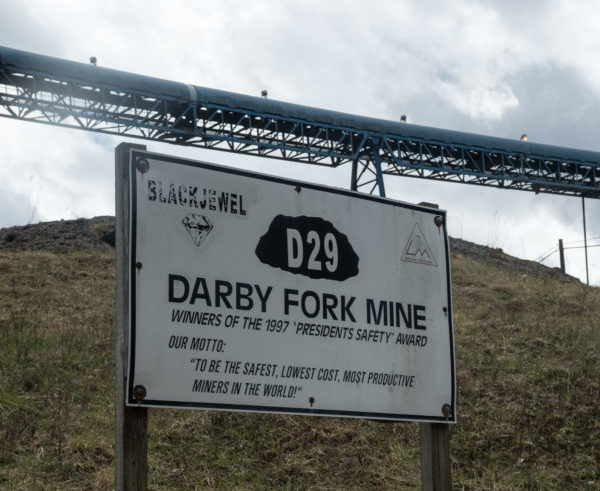 Signage at the D29 Darby Fork Mine

Inmet Mining did not respond to a request for comment.

The culture of silence around mining accidents spreads beyond the courtroom, Oppegard said. Not one single union mine is left in Kentucky, and workers are employed at-will–that is, they can be fired at any time, for any reason, so long as the reason doesn’t violate federal law. Workers are on their own, Oppegard said.

“If I’m a coal miner, without other job opportunities…it’s going to be very hard for me to sit across the table from a company lawyer, and testify honestly about violations that were occurring underground.”

That’s why miners aren’t likely to speak up when they feel endangered, or even accurately report to MSHA the conditions of an accident. When Darla Brown and Oppegard were informed they had a one-day window to get signatures to allow Oppegard into the courtroom as a miner’s representative, only one miner signed in time, not enough to get in.

In an email, John Mura, communications director for the Energy and Environment Cabinet, noted mining disasters have declined in the past decades. However, this is the eleventh of twelve mining-related deaths in the U.S. in 2022, a sharp increase from the previous four years of reporting, according to data from MSHA. Mine safety advocates worry the numbers point to an  upward trend in mining fatalities, with the first quarter of 2022 showing a 50% increase from the same timespan in 2021.

Meanwhile, states have recently loosened mining regulations, or attempted to. Kentucky reduced the number of inspections a mine has to go through in 2017. In West Virginia, the United Mine Workers of America put out a statement condemning a recent bill that reduces training time for new miners. The measure did not pass.

A recent audit conducted by the U.S. Department of Labor found the Mine Safety and Health Administration has long-standing weaknesses, including inspectors extending due dates, and not returning to check if violations had been remedied.

Widows of miners are unlikely to reap much in workman’s compensation despite the popular perception that a worker’s death is somehow a family’s windfall. Oppegard said the company may fight Darla Brown at every turn.

But, beyond survival, Darla said it’s the principle of fighting for what the company took from her family.

“It’s nothing personal between me and the coal mining owners,” Darla said, noting that company leaders comforted her while she waited for Brown’s body to be recovered. But after, she said their mood turned cold. She’s not usually someone who asks for help, but she said support from the coal company is only fair.

“What they are profiting from, straight took away the sole provider for my children,” Darla said. “And I am going to make sure that my children are not left poor and without because of this.”

James loved his job and he worked hard, Darla said. But along with many of his coworkers, he often suffered close calls, and he feared for his life.

“He’d come home night after night telling me that, man, I almost died tonight, the roof fell in,” said Darla. She turned her wish for his safe return into a nightly ritual. Before bed, before sleep, after their usual prayers, Darla and the children would include a word to the heavens for James:

“God bless Daddy, keep him safe and bring him home.” 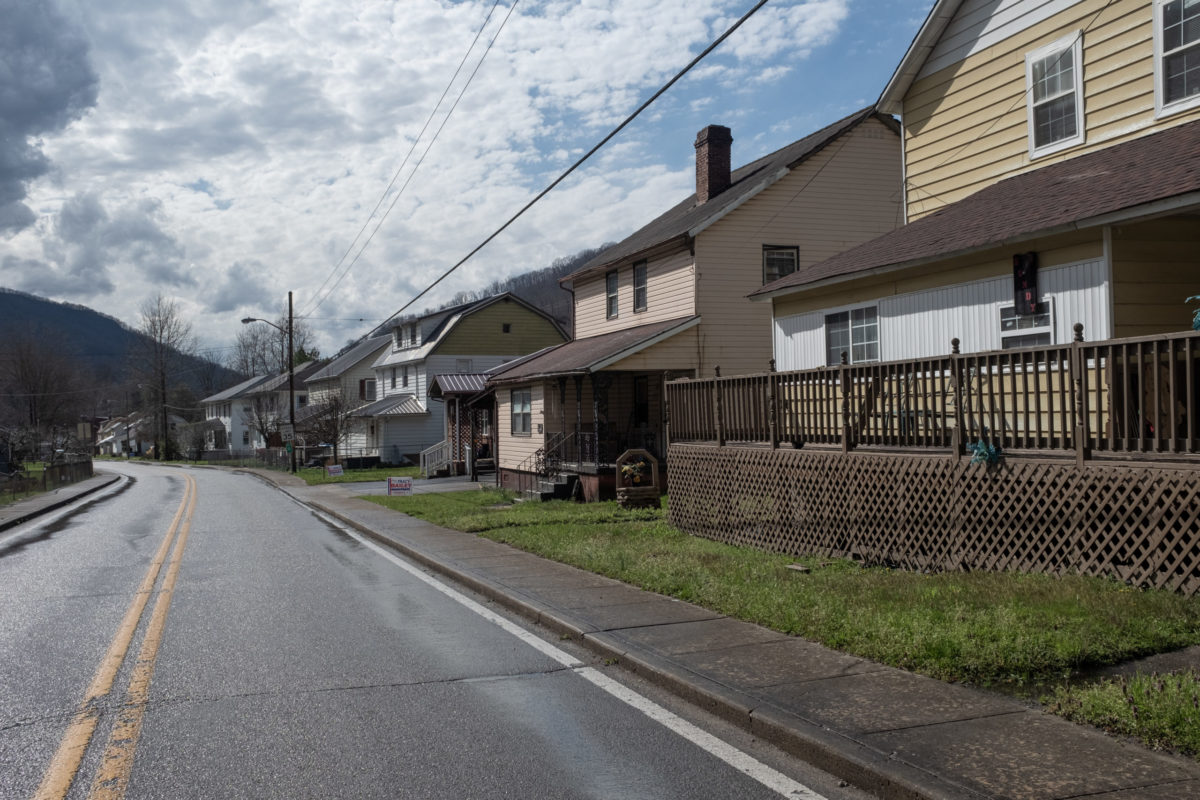