David Byrd, of Sulphur, Kentucky, is one of the few people left who sell coal for household uses. Think heaters and blacksmiths. And after doing it for 62 years, he can tell the quality of each piece just by feeling them.

“See how smooth that is?” he said, picking up a piece he says is high-quality and “pure oil.” Then he finds a piece that flakes apart in his hands — which he says means it’s “kind of trash.”

Byrd says he sells one ton of coal (about the amount that could go in the bed of a normal-sized pickup truck) for about $185. But with recent changes in the coal market, he could sell it for a lot more.

One ton of coal was valued at about $85 last May. Now, it’s worth nearly four times as much, hovering at about $320.

“So right now we got a mini coal boom going,” Byrd said, staring at a train rolling by his house. “And everything’s going to the train.”

What Byrd means is that companies want to ship their coal abroad, on trains just like the one rolling by his house. That’s because European countries boycotting Russian natural gas still need a reliable energy source, says Bill Wolf, a market analyst at mining consulting firm John T. Boyd.

“If you don’t have the ability to rely on natural gas, particularly if it’s being supplied from Russia, they’re going to have to ramp up some of these coal fire units,” Wolf said. “So that’s why you’re seeing this very rapid increase in coal prices literally across the globe.”

Wolf says it’s not just the Russian invasion in Ukraine though. China – by far the largest coal consumer in the world – stopped buying coal from Australia back in 2020 after the government called for an investigation into the origins of COVID-19. That created an opportunity for new sellers to move into Chinese coal markets.

“Yeah it’s probably an unprecedented situation,” Wolf said. “I hate to use that word ‘unprecedented’ but it kind of sums things up right now.” 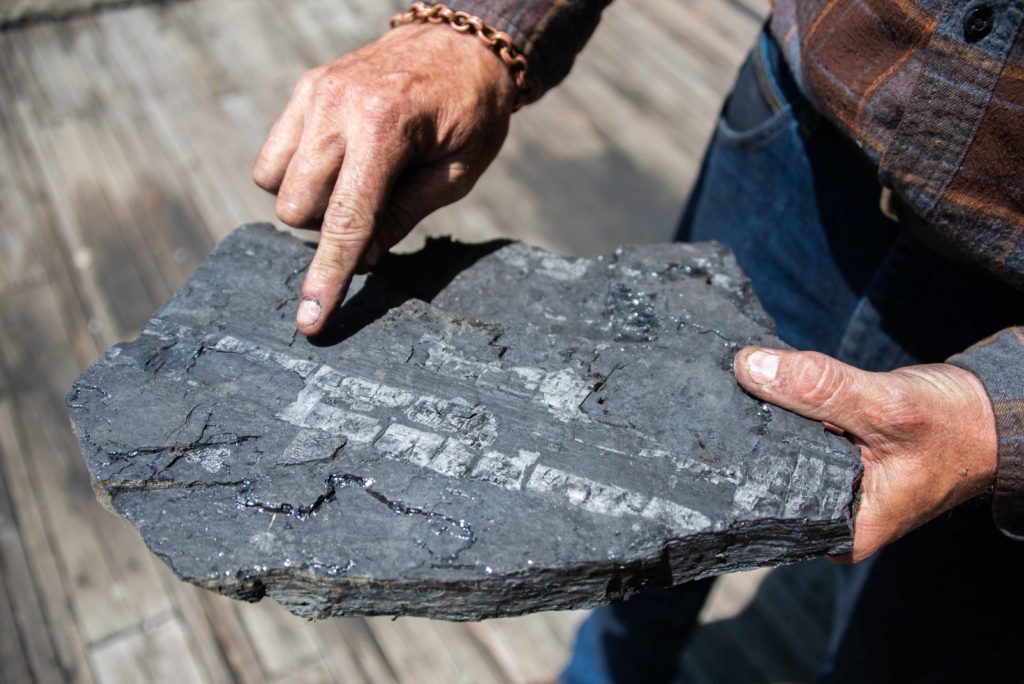 Byrd sometimes keeps pieces of coal he finds interesting like one where an impression of a stick is fossilized in the coal.

“There’s just not that many experienced miners out there that are wanting to come back to coal after they’ve been laid off the last couple of years,” Bates said. “So it’s kind of an interesting dynamic.”

Without workers, the coal in Appalachia isn’t going anywhere fast, Bates said. U.S. Energy Information Administration data shows production in Kentucky is only up about 4% compared to this time last year.

Bates says it’s also not economical for coal companies to ramp up coal production for what could be a temporary boom. Especially when, long term, people and companies are moving to green energy.

“The operators still find it to be too expensive to put the machinery back in there and get the employees back in there,” Bates said. “Even though the price is so high. They just don’t see the value in it.”

So what does all this mean for your power bill? Hopefully very little.

Daniel Lowry, a spokesperson for the largest utility in Kentucky, Louisville Gas and Electric and Kentucky Utilities, says the power company buys its coal as much as six years in advance.

“That helps reduce or postpone having to do those spot coal purchases,” Lowry said. “Those purchases really carry those recent high prices.”

But Lowery notes that might not be true for other electric companies without the same coal reserves and long-term contracts.

Even so, he warns if coal prices stay high, the company could be looking at something like a 10% price increase for customers this winter.