Regional hospitals are dealing with a teen mental health crisis

It’s not uncommon for kids to show up to Marietta Memorial Hospital’s emergency room for mental health help. Linda Sistrunk, a social worker and director of behavioral health at the hospital in southeastern Ohio, says that’s a big difference from 20 years ago.

“Our ER systems are now being utilized as a community mental health system,” she said.

Sistrunk is a social worker and the director of behavioral health at the hospital. She says the ER used to see more injuries and illnesses, but now the facility has to be ready to meet a wide range of needs. Some of the most distressing cases involve kids going through a crisis.

About a quarter of the kids Sistrunk sees need acute psychiatric inpatient treatment, she says. If a young patient has a prior hospitalization, they often expect to be hospitalized again. But Sistrunk says that’s not always the best option. Recently, she treated a 12 year-old who had been hospitalized before. 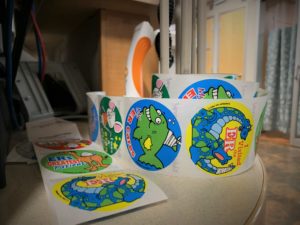 “[She was] trafficked for drugs, and she’s had nine inpatient hospitalizations,” Sistrunk said. “And so I said, ‘We’re not doing this again.’ She is a trauma child; she needs extensive trauma counseling because you’re not going to medicate away the fact that she was raped for three years.”

Nationally, a trend has been growing in recent years — kids seeking mental health treatment in emergency rooms. Often that means waiting there several days until they are safe, or until an adolescent psychiatric bed becomes available. Self-harm injuries have also increased among kids.

Throughout the Ohio Valley, experts say the mental health care system needs to be bolstered with community and school mental health resources, extensive outpatient treatment and additional options to help kids before they need hospitalization.

A rise in injuries, longer waits in the emergency room

According to data from the Kentucky Injury Prevention and Resource Center, 7,679 Kentuckians ages five to 19 visited emergency departments for self-harm injuries from 2016 through 2021.

The data also shows more Kentucky youth died by suicide compared to youth who are killed in homicides. Between 2010 and 2021, a total of 430 suicide deaths were reported and 302 homicides were recorded among Kentuckians ages five to 19.

A similar trend is happening in West Virginia. Between ages 10 and 34, suicide is the second leading cuase of death in West Virginia, according to the state’s Department of Health and Resource Bureau for Behavioral Health.

In Ohio, about 52% of children with major depression do not receive any treatment, according to Mental Health America.

Last fall, the Children’s Hospital Association reported that self harm injuries among children had risen significantly across the country. In the first six months of 2021, children’s hospitals across the country reported a 45% increase in the number of self-injury and suicide cases in five to 17 year-olds, compared to 2019.

“So basically, if a child presents to the emergency room in a mental health crisis, that cannot safely be discharged home, they often need to be — some can — but many often need ongoing care,” she said. “And there's not enough mental health beds right now and/or intensive outpatient programs.” 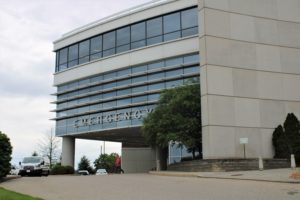 The emergency room at Marietta Memorial Hospital in Marietta, Ohio.

“Every single day, we have patients that come into our ER for evaluation for mental health crisis, and whether that's suicidal attempts, or thoughts, some more anxiety related diagnoses [and] eating disorders,” she said.

“If not daily, it's at least five to six days out of a week where we are trying to put out a call for a hospital bed,” Ramsey said.

Outside of cities with larger hospital systems, kids needing hospitalization from rural areas may be sent hours away from home. Sistrunk, with Marietta Memorial Hospital, said social workers have to make tough decisions about how to best care for these patients.

“I spend a majority of my time with the kids that I assess, asking myself, is it appropriate at this time to make a route recommendation to send a nine year old four hours away from their family?” Sistrunk said.

The epidemic meets the pandemic

Before the COVID-19 pandemic, the Ohio Valley was battling the opioid epidemic, which Ramsey at WVU Medicine says created far-reaching problems for children.

“We have children who lose their parents to opioid use or lose their guardians,” he said.

Children who lose parents often go into foster care or go live with a relative, sometimes a grandparent.

“And then COVID comes along, which may make their child an orphan, because they no longer have their grandparents to be their parents because of COVID,” Ramsey said. “So they've lost twice, you know, and it just makes it more challenging to have them feel safe.”

For kids who don’t live in safe environments, staying home during the pandemic placed them at greater risk of experiencing physical and emotional abuse. According to the Centers for Disease Control and Prevention, a little more than a third of high school students said they experienced poor mental health.

“There's a lot of fear and concern, and this has really upended a lot of kids' lives.”

The University of Kentucky Children’s Hospital began designing a psychiatric unit before the pandemic, and it should be completed by November.

“Not only do we need more inpatient, but we also need a better system of care to help manage kids out of the hospital, keep them at home when it's at all possible,” she said.

“From schools where kids are doing education about emotions and mental health, to being able to have outpatient therapy,” she said. “We need more psychologists, therapists, social workers, to having available psychiatrists in the community.”

When hospitals work together with community mental health resources on treatment plans for kids, Sistrunk said it strengthens care. 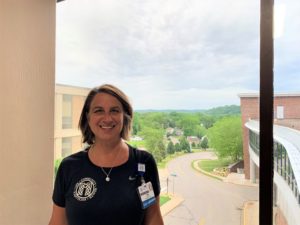 Linda Sistrunk is the director of behavioral health at Marietta Memorial Hospital.

“If we include our community partners in the plan of care for the patient, we have a less chance of that patient harming himself or harming somebody else, and we have a better chance of success in them than relying on community resources versus the emergency room or inpatient,” Sistrunk said.

One of the biggest barriers to making more resources available is funding. Wimpey Knight with the Children’s Hospital Association,  said the pay for child mental health professionals is low and the cost of specializing in the area is high.

“So to ask someone to go to school, whether that's medical school, or just another professional training school and come out with student loans and not being able to pay those based on the reimbursement rates…that's a huge, a huge issue,” she said.

The Biden Administration has requested $1 billion in funding for the U.S. Department of Education to place more psychologists, nurses, counselors and social workers in schools.

But it’s unclear if that funding, along with several bills addressing children’s mental health, will make it through Congress.

If you or someone you know is struggling with thoughts of self-harm or suicide, you can get help by calling the confidential National Suicide Prevention Lifeline at 800-273-TALK.