Andy Morell and his family watch layers of mud roll down into the storm gutter as a man power washes the residue left behind on their street in Whitesburg, Kentucky.

“Physically, we’re drained. Emotionally drained. But you know, we’re glad to be alive,” he said.

On Thursday morning, the North Fork of the Kentucky River overflowed its banks and swallowed most of the town.

It seems like everyone in the population 2,200 city has been affected, Morrell said.

“We were rescuing people, some of the elderly folks live in here and some of the young babies and you know, everybody lost a lot, a lot of houses and a lot of materials,” he said. 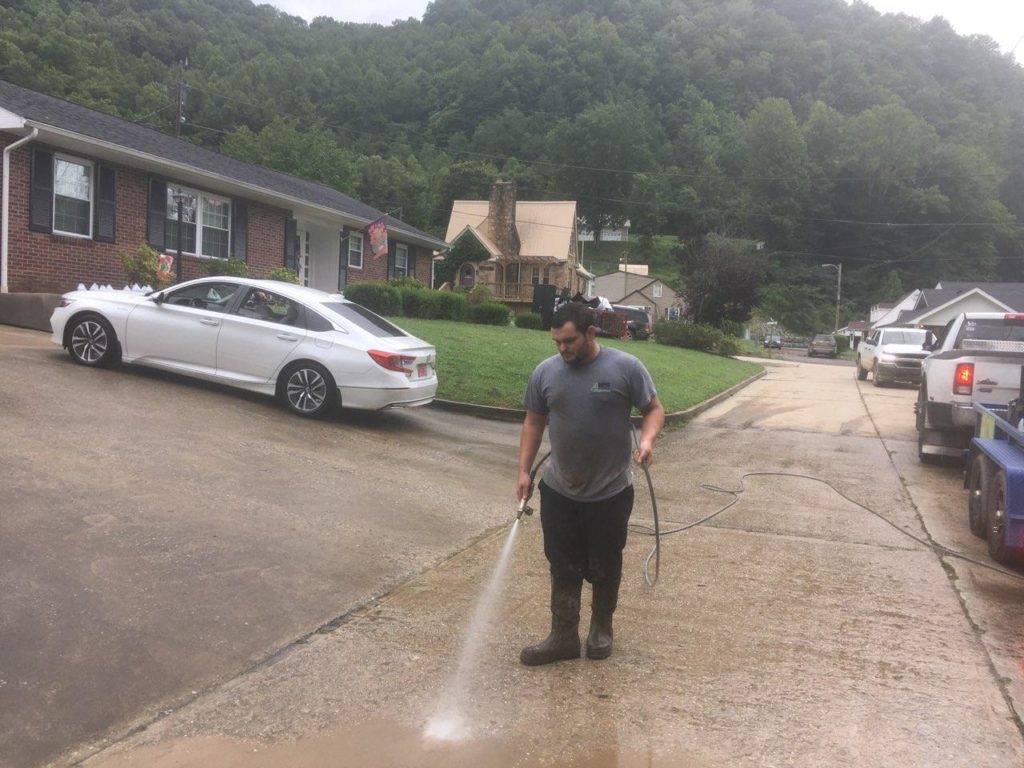 As the water receded, it left a mix of stinking mud and tossed-up furniture, and a slowly rising grief.

First responders have had trouble accessing remote areas of the region because swollen streams and rivers continued to rise more than a day after the initial flooding.

By Saturday afternoon, at least two people in Letcher County have been confirmed dead from the flooding. Across eastern Kentucky, 25 people have died, four of them children. Officials say they expect the total to rise as waters recede and the full extent of the disaster can be catalogued.

In a slice of Whitesburg directly by the river, known as the Maryland Avenue neighborhood, Pam Dawn is cleaning her house and salvaging what she can.

“Luckily, we got power at the moment. They turn your water off though,” she said.

Thousands are still without power, water and internet across the region. But Dawn’s just grateful to be here at all. She said the night the rain came in was harrowing.

“I had been up all night. I know that water was up, watching the warnings and everything like that,” she said. “And I was thinking, Okay, everybody around here has told me it’s never got up into the yards. It came up so fast. It was unreal. And so everybody here was trying to get out.”

Dawn lost five of her six cats in the flood. The last one jumps around her shoulders and nuzzles her hands.

“This was my uncle’s house when I was a little girl and then we purchased it and it’s never gonna look the same itself,” Dawn said. 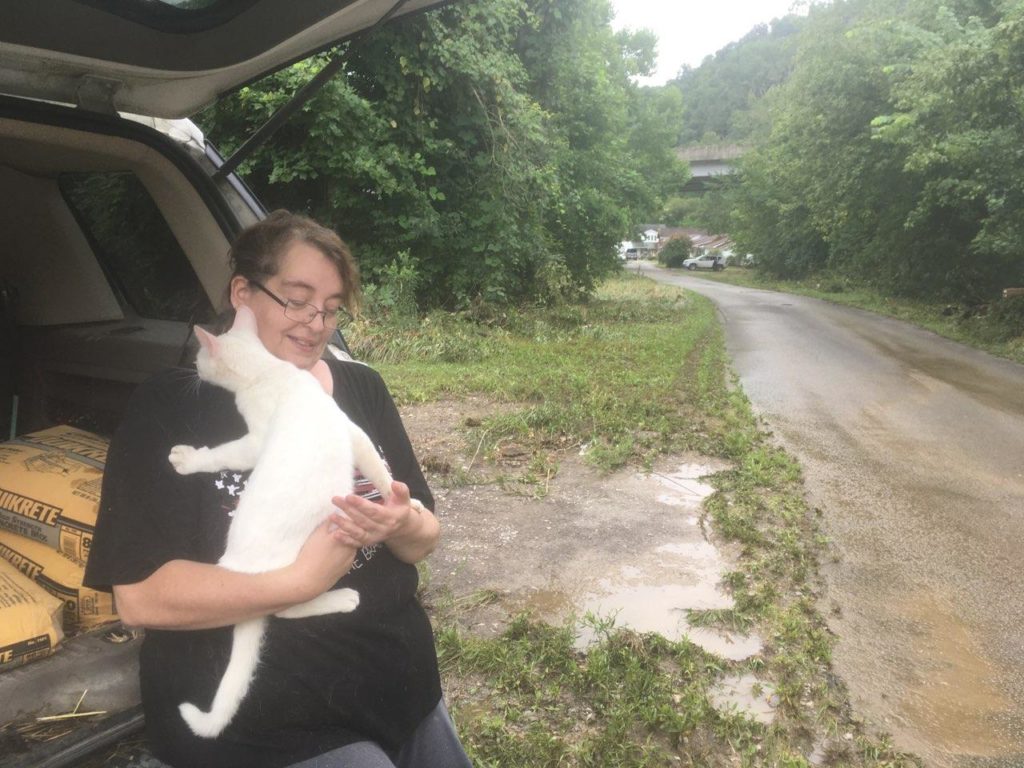 Down the road past the bridge to the highway, neighbors help each other clean and assess damage. Faye Weaver stands outside the house she has lived in for 21 years.

“My husband could have been killed. It’s just a house,” she said. 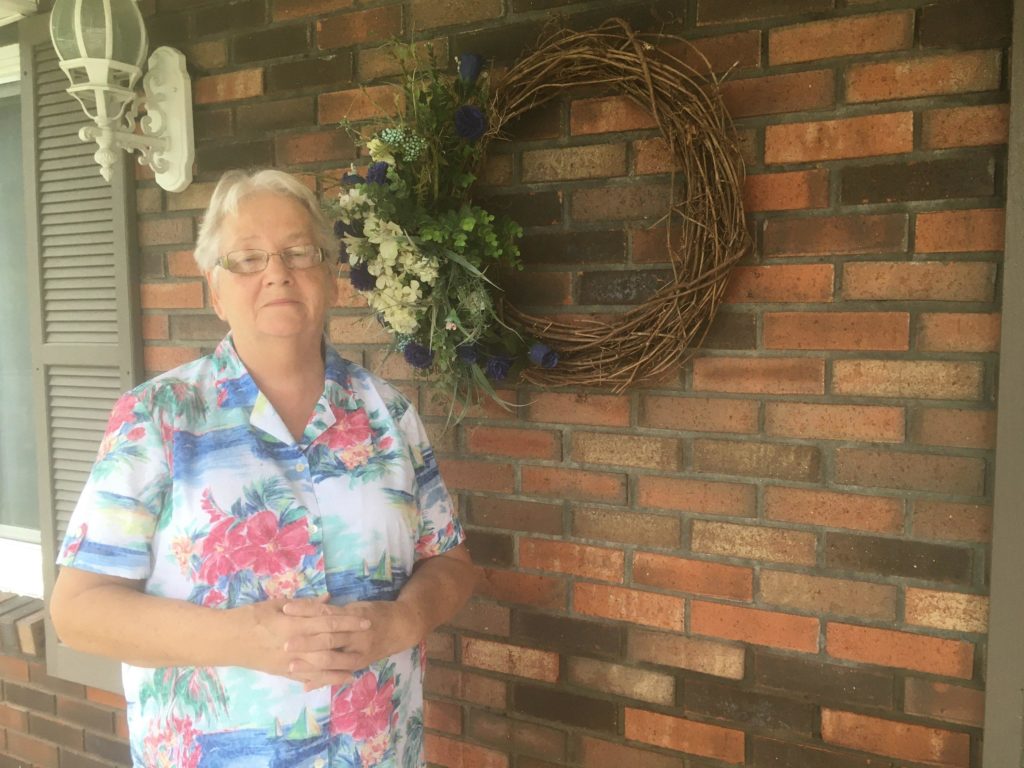 The Red Cross has set up an emergency shelter at Letcher County Central High School. Volunteers and staff say they are overwhelmed by how much needs to be done.

Laura Cook is with Mountain Comprehensive Healthcare, working to connect people with food, water, and a warm place to sleep.

“People are coming in, caked in mud, their cars are caked in mud, and we’re just trying to assist them the best we can,” Cook said.

“Hopefully we will be seeing bigger disaster relief teams coming in to help us later. None of those major teams have made it here yet,” she said. 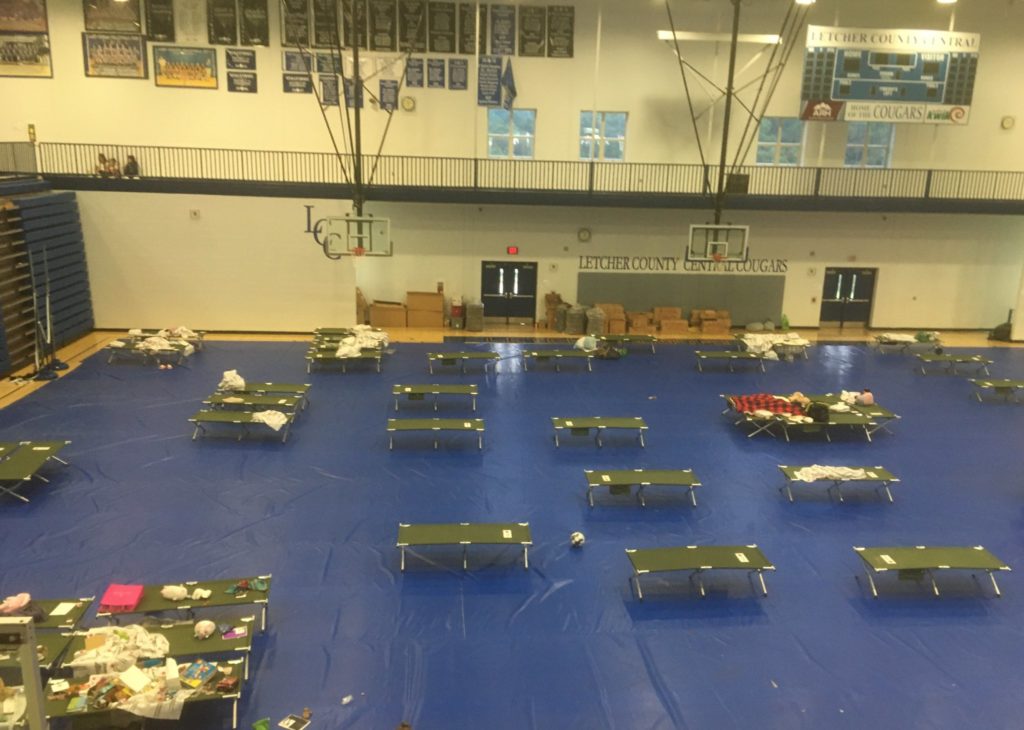 A shelter set up in Letcher County High School

Organizers are looking for donations of water, cleaning supplies, and nonperishable food, and volunteers are needed.

The recovery will take months, if not longer. And more rain is forecasted for the coming days.