A federal prosecutor announced new charges against a senior coal company official for conspiring to falsify the required monitoring of coal dust. The case comes amid a surge in cases of black lung disease and widespread allegations from miners that cheating on dust monitors is common in the mining industry.

Western Kentucky District U.S. Attorney Russell Coleman unsealed a new indictment Wednesday against the former manager of all of the western Kentucky mines belonging to the now-bankrupt Armstrong Energy coal company. Glendal “Buddy” Hardison is charged with conspiring to defraud the United States and the Mine Safety and Health Administration, the federal agency in charge of enforcing dust controls in coal mines.

The indictment alleges Hardison met with Ron Ivy, who is also charged in the indictment, and ordered agents of Armstrong Coal Company to “make the pumps come in.” Coleman said that meant that the employees were to make sure the air monitoring pumps showed acceptable levels of coal dust.

Coleman said company documents back up the allegations.

“We’re looking at documentation that is demonstrating supposed dust samples from days that these mines weren’t even operable. They call that a clue in my profession,” he said. 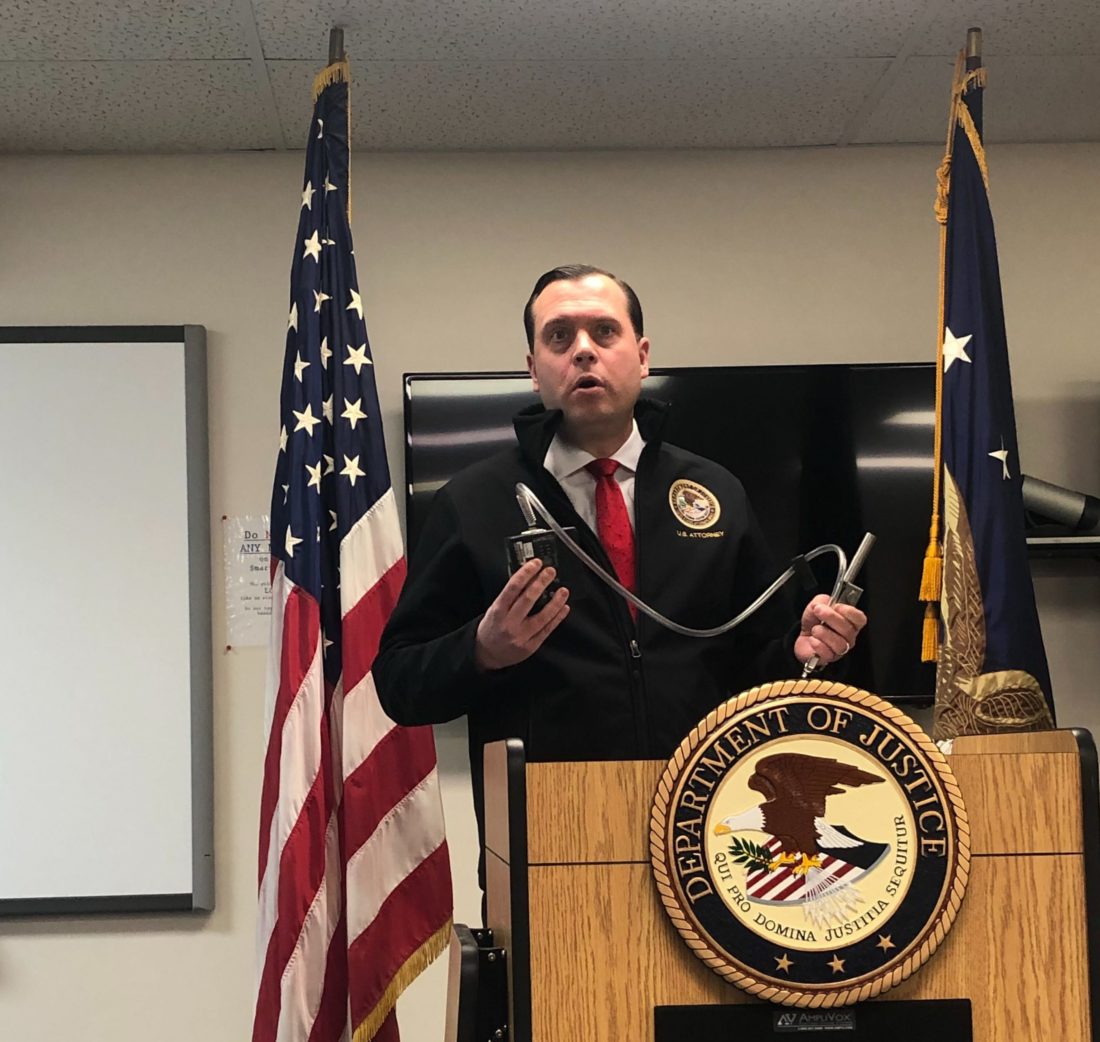 The latest charge expands on indictments announced in July. Coleman said whistleblowers who worked in the mines were critical to bringing the original charges. Acting on a tip from miners, federal inspectors found violations at Armstrong Energy’s Parkway and Kronos mines.

Those charged include the manager of all of Armstrong Coal’s western Kentucky mines, a superintendent, safety director and section foreman at Armstrong’s Parkway Mine and a safety director at the company’s Kronos mine. All those originally charged last year have pleaded not guilty. Hardison’s arraignment is set for March 28.

The indictments also refer to Armstrong Coal Company as “an unindicted co-conspirator.”

The Kronos Mine remains in operation under different ownership. The Parkway Mine is no longer open.

Controlling coal dust is important both to prevent the potential for explosions in mines and to limit miners’ exposure to dust, which causes lung disease.

The federal indictment announced last July accuses those charged with fabricating dust tests, placing dust monitors in clean rooms instead of actual workplaces, and submitting results from days when the mine was not operating.

Acting on a tip from miners, federal inspectors carried out several “impact” inspections at Armstrong Energy coal mines in Kentucky between 2014 and 2017. The special inspection program started under the Obama administration and focused on mines that MSHA said “merit increased agency attention and enforcement due to their poor compliance history or particular compliance concerns.”

Despite improvements such as an Obama-era rule to strengthen monitoring and control of dust in mines, a report from the National Academy of Sciences last year concluded that the mining industry needs a “fundamental shift” in the way it controls exposure to coal and rock dust in order to prevent lung disease among miners.

The region is experiencing an epidemic surge in cases of advanced black lung disease.  An investigation by NPR and the ReSource found more than 2,000 cases of the most severe form of the disease.

Kentucky attorney and mine safety expert Tony Oppegard said cheating on dust monitoring is widespread in the industry.

U.S. Attorney Coleman said the threat of black lung disease is an important factor in the dust fraud case he is pursuing against Armstrong.

“Imagine a member of your family and in this case sometimes a young member of your family, with a chronic condition that affects them for the rest of their life. That’s an impediment to working, enjoyment, living and ultimately kills them, that could have been mitigated if the rules were followed.”

A jury trial is scheduled for June 19 and is expected to last about two weeks.